Ask your How to Questions here. Wanna know what paints to use? Wanna know what's better: Super Sculpey or Apoxie? Wanna know about Super Glue vs Elmers? Have a WIP that you are working on? Then post here.
Post Reply
204 posts

I have never had as hard of a time trying to modernize a character as Green Goblin. Superman was tricky but Gobby was mind boggling. I think I'm onto something here though. The glider is built from a Dark Knight transforming Lamborghini toy and various Transformer parts. The blades up front are two FoX-Men Wolverine claws. Gobby proper is TASM2 Electro crotch, legs and arms. The torso and belt are from FFH Stealth Spidey, the neck armor is from a Mafex Batfleck, the backpack is from MCU Falcon and the helmet is from MCU Wasp. I was overjoyed when I looked at her helmet more closely, it's perfect for what I needed. I have some big, pointed shoulder pads I'm probably gonna add as well as a swivel-hinge-swivel wrist and Mezco Moon Knight hands. I also want to work in a harness with pouches to homage the classic man purse. 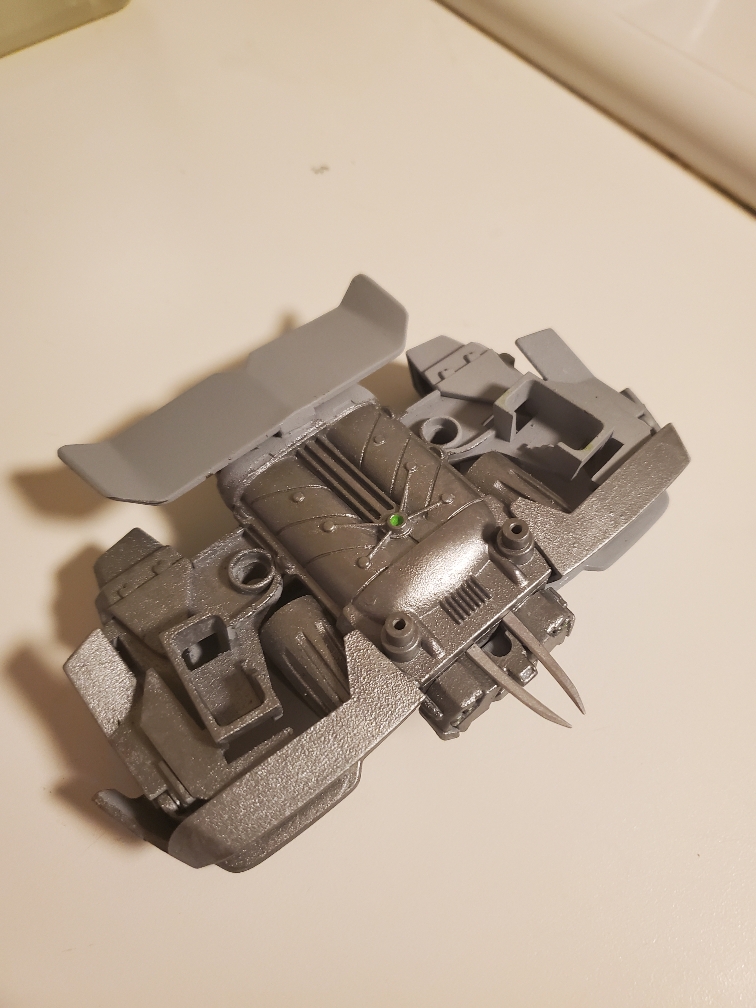 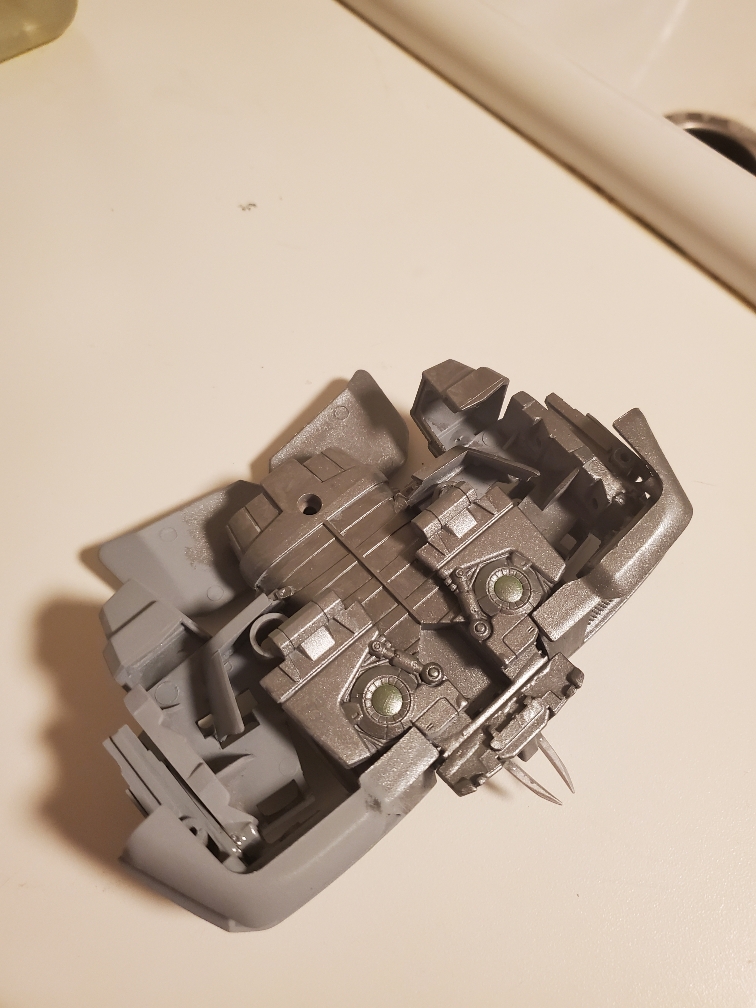 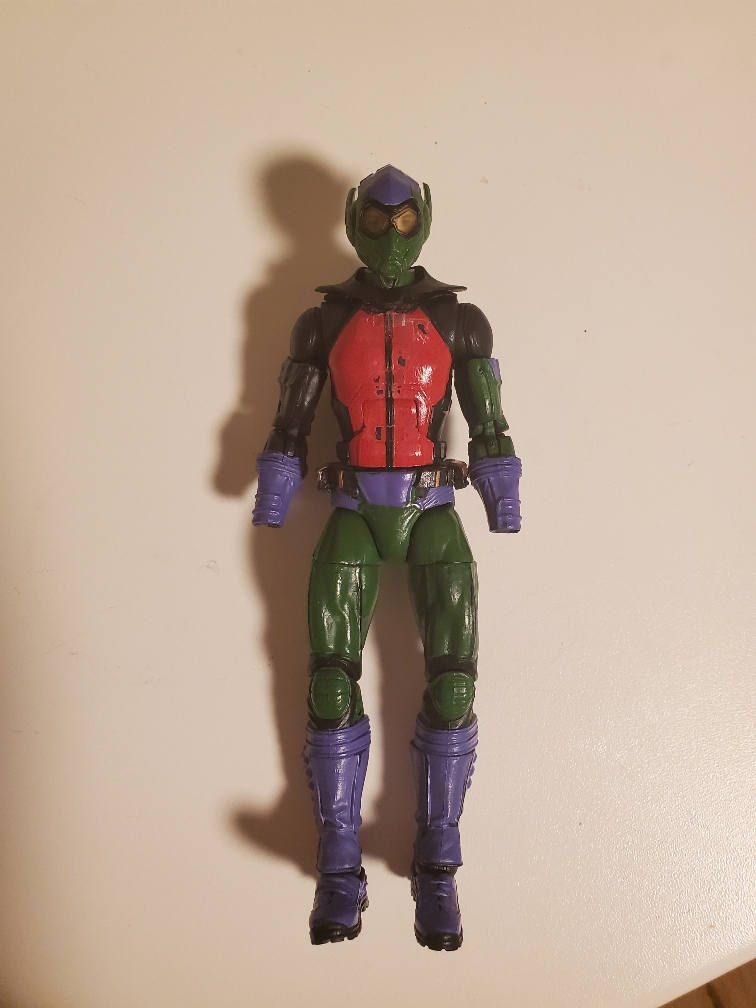 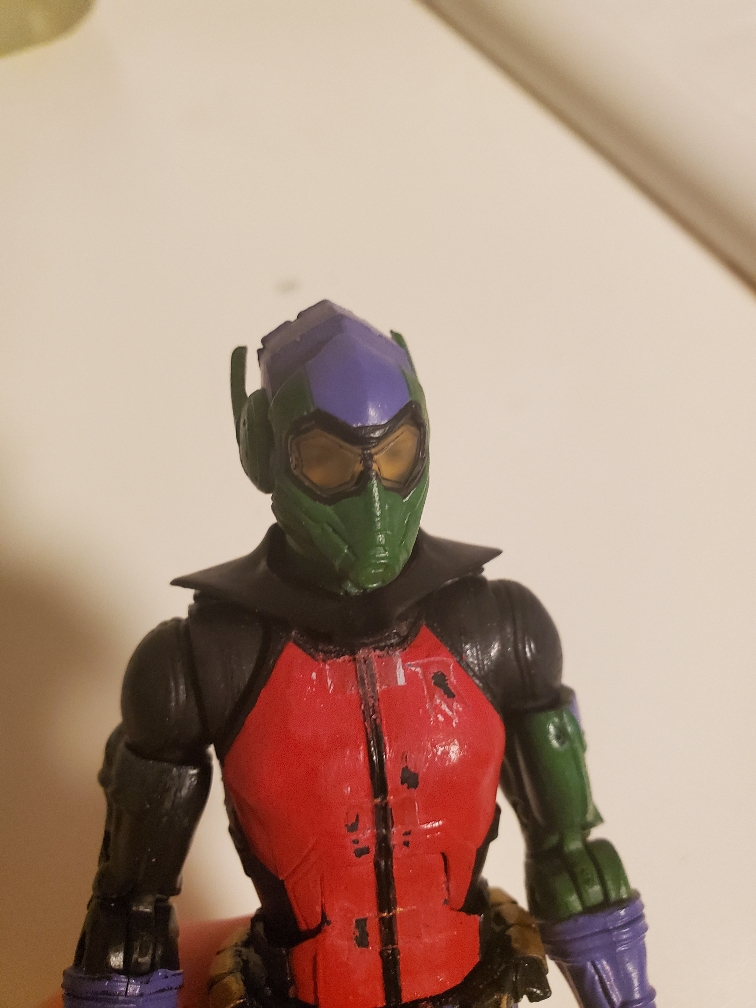 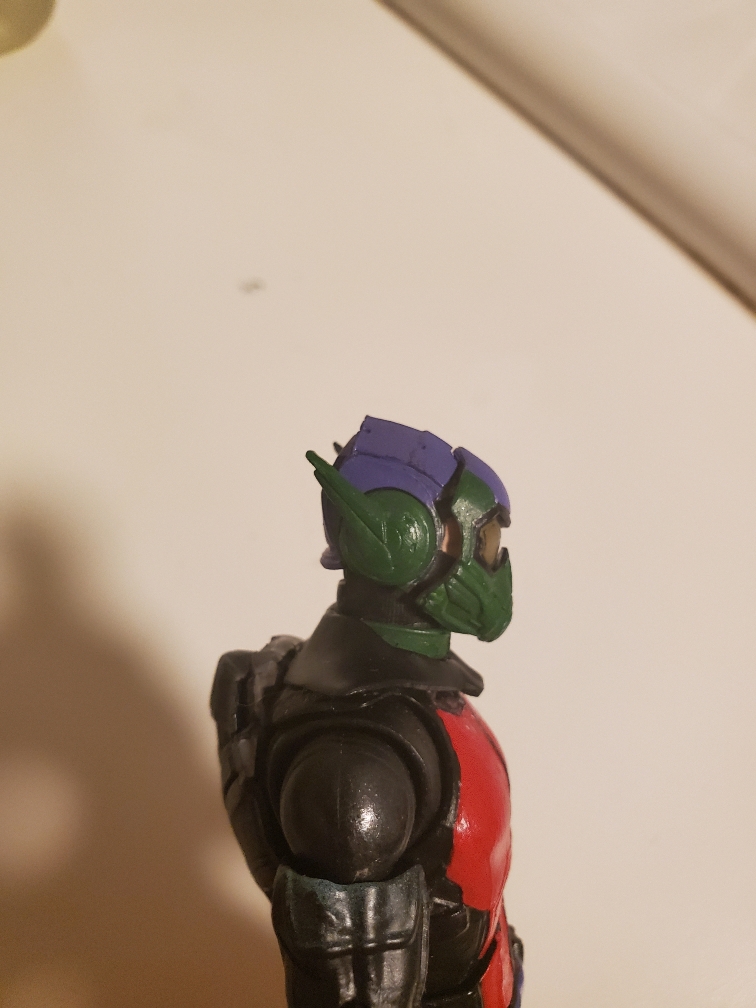 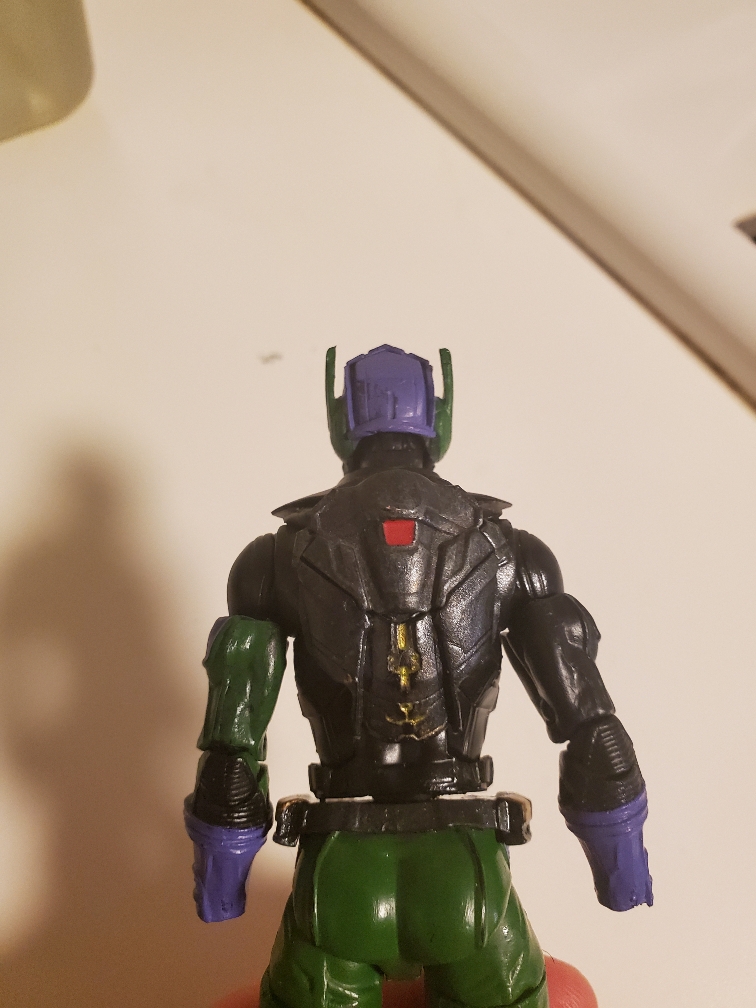 Following up my Callistos with 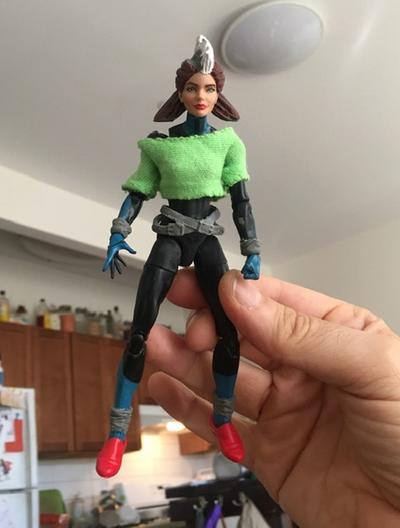 Spoiler tag originally appeared in "Does it Joe 6"

Spoiler! :
The Jazware Choppa might be a good stand in for a Little Bird.

The fuselage height was close.
Just added an extension to the tail boom and lengthened the blades to make it more proportional.
I think the cockpit seat will have to be modified to fit a six inch figure as opposed to the original four inch. 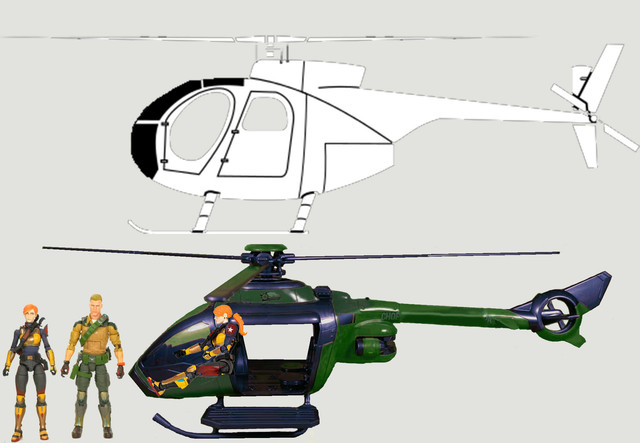 The red and orange is great for Cobra but for the Joes, it will end up Green if the figures will scale close to what I have estimated.

Follow up: This is a great helicopter for $29. Has a figure, weapon and aircraft with electronics. So Hasbro can give us a Little Bird or the Fang for $30 too.

Photo-shopping figures and a toy that I did not have was not very good.

I used toy reviewer measurements for both but they were close enough. ???

Here they are in real life. 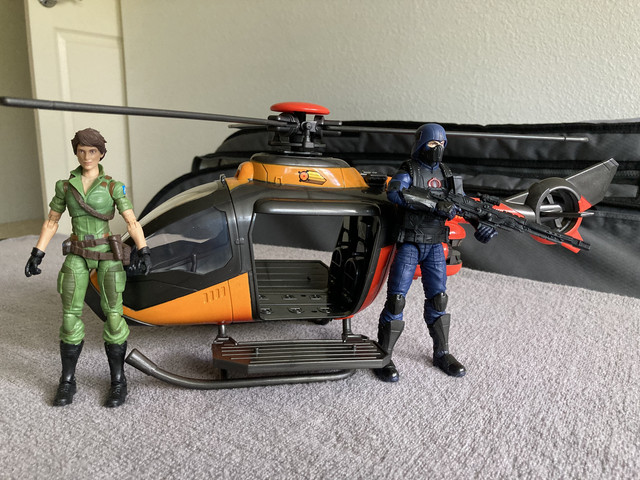 Lady Jaye doesn't have head clearance in the cockpit if seated in the folding pilots seat. Also there isn't a well under the instrument panel for her feet. 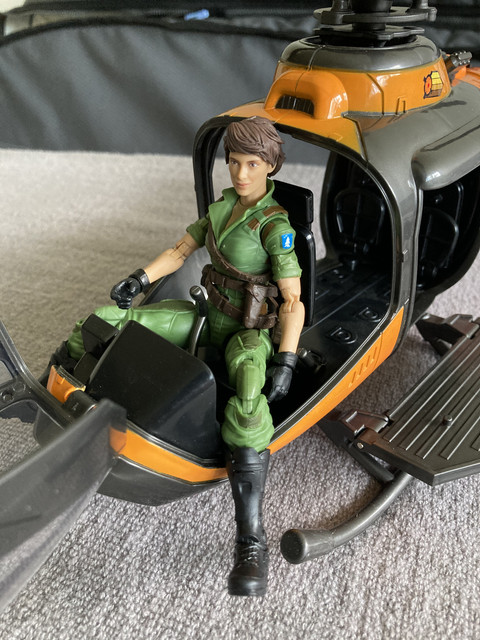 After some mods she will fit just fine. This is unmodified. It doesn't take much effort to get her inside with the seat folded down... but the seat and controls are definitely for a 4 inch figure. 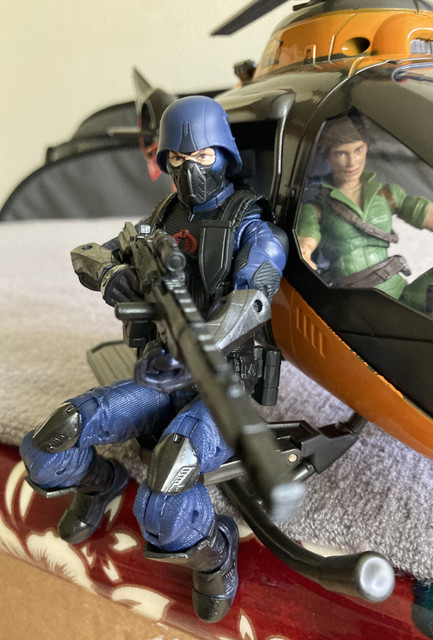 The Cobra Trooper looks great sitting on the platform. There is more than enough room for two shooters to sit on one side. 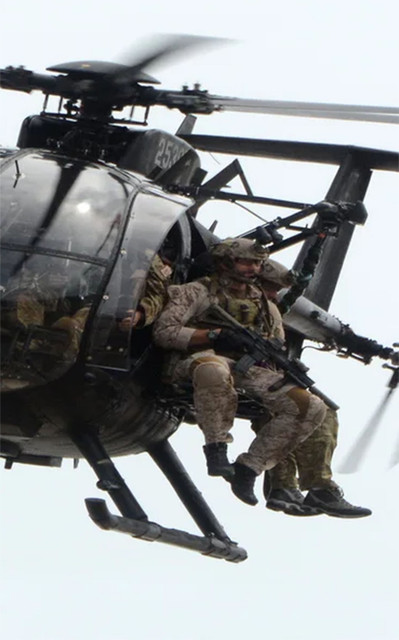 The platform on both sides is removable so you could add internal ammo boxes and wing stores (not included or in existence yet) to switch from MH to AH. 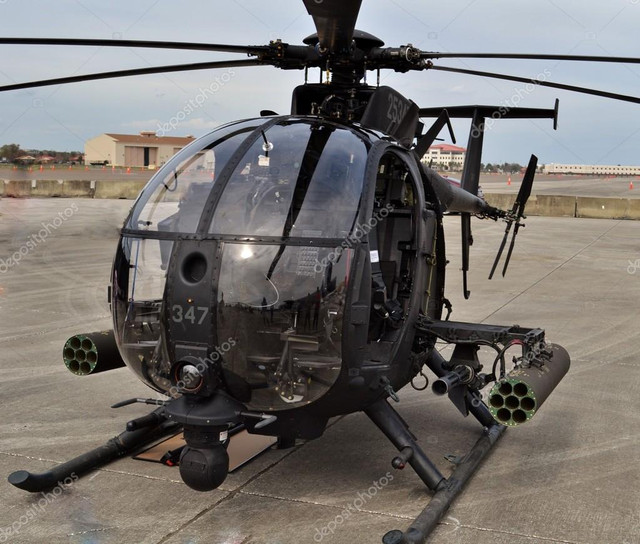 Don't know if I will make the Fast Rope bars but this should be a fun project when I get around to it. 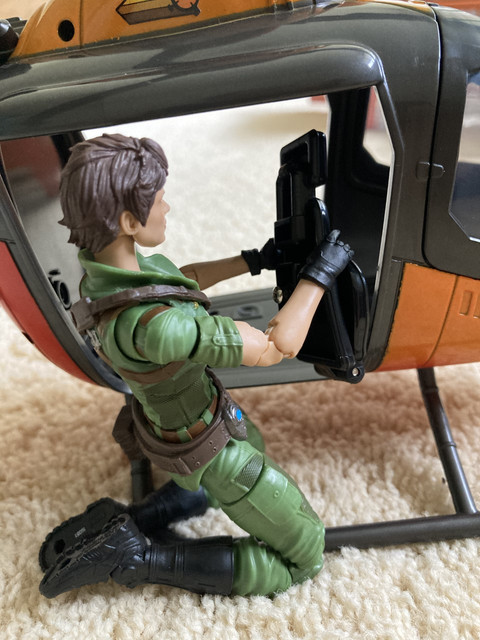 Removing the folding seats for the cockpit and back only required removal of one screw. After splitting the fuselage. 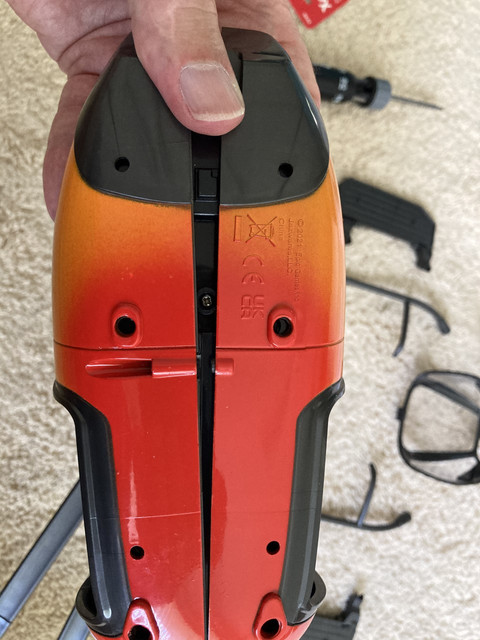 The landing skids just click into the bottom and were easy to pop out. The back panel is held in place by tabs. 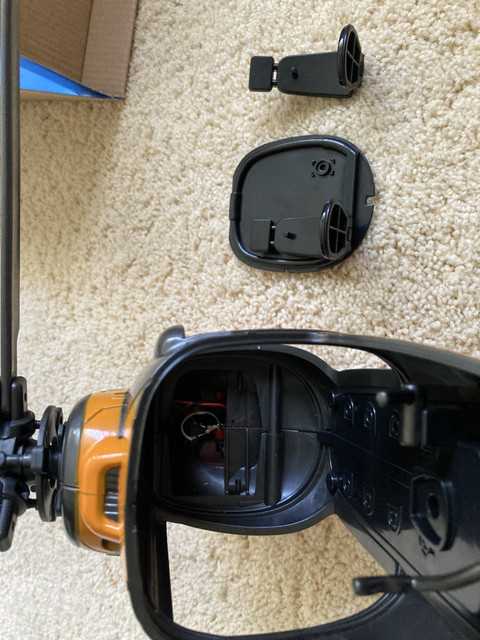 The instrument panel is held in place by two tabs and the nose screw.

It is an assembly and not a plate as I had assumed. Without a cutter, I did not make the feet wells but figures fit great and can use the original flight controls. 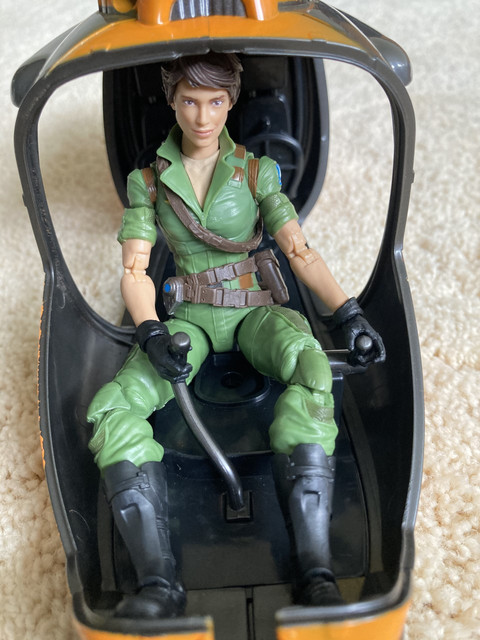 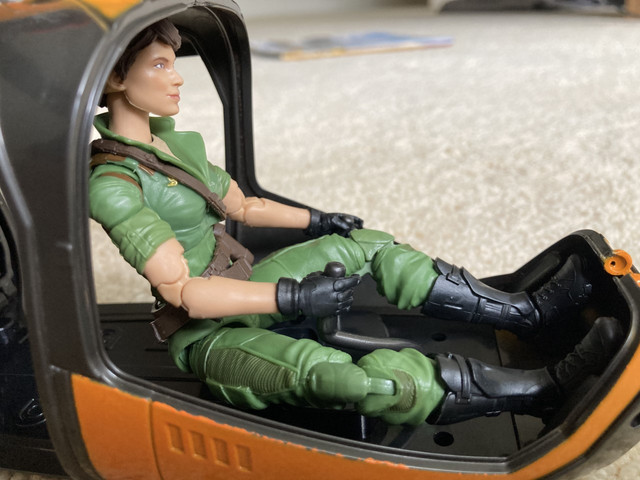 Even a Cobra Trooper fits but the holster on his vest impedes his reach to the cyclic. 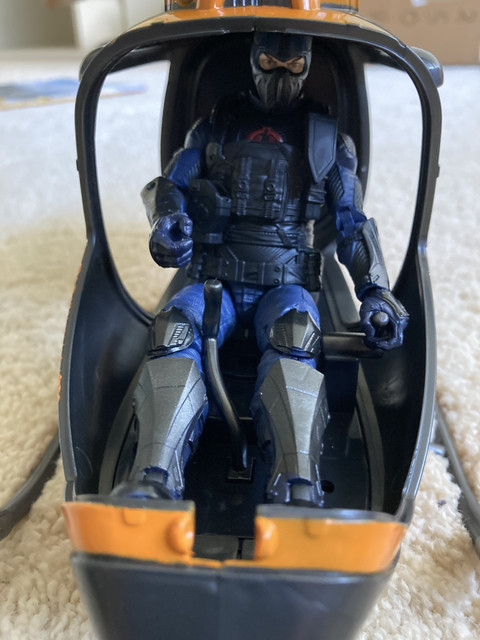 This is not my plan for the wing stores but here is a fortnite minigun just placed on the platform. 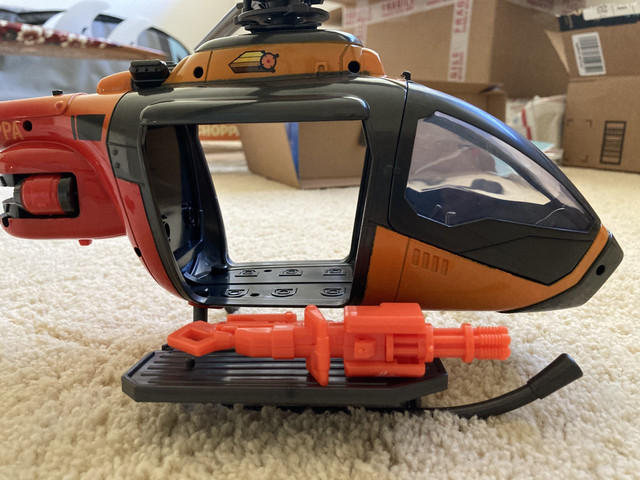 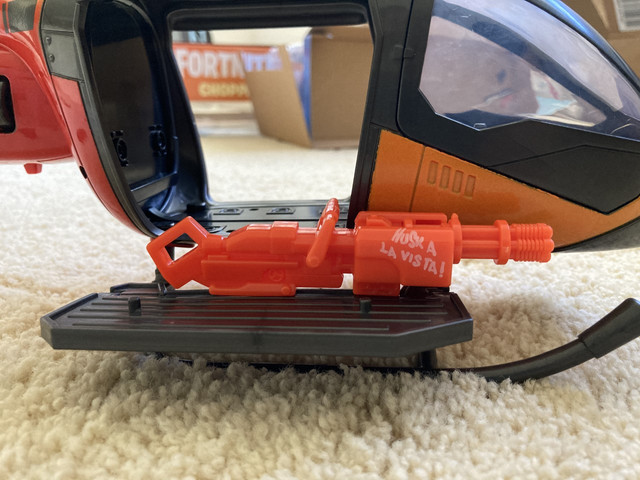 Spidey WIP! MCU meets the PS4 Advanced Suit. He still needs another coat of blue, the webshooters need detailing, I'm looking at a better head and he needs hands but so far, it's coming together perfectly. I also fitted a new dumbbell neck peg to get more movement from the head. He also needs an unmasked head so I'm trying to find a cast that's the right fit. 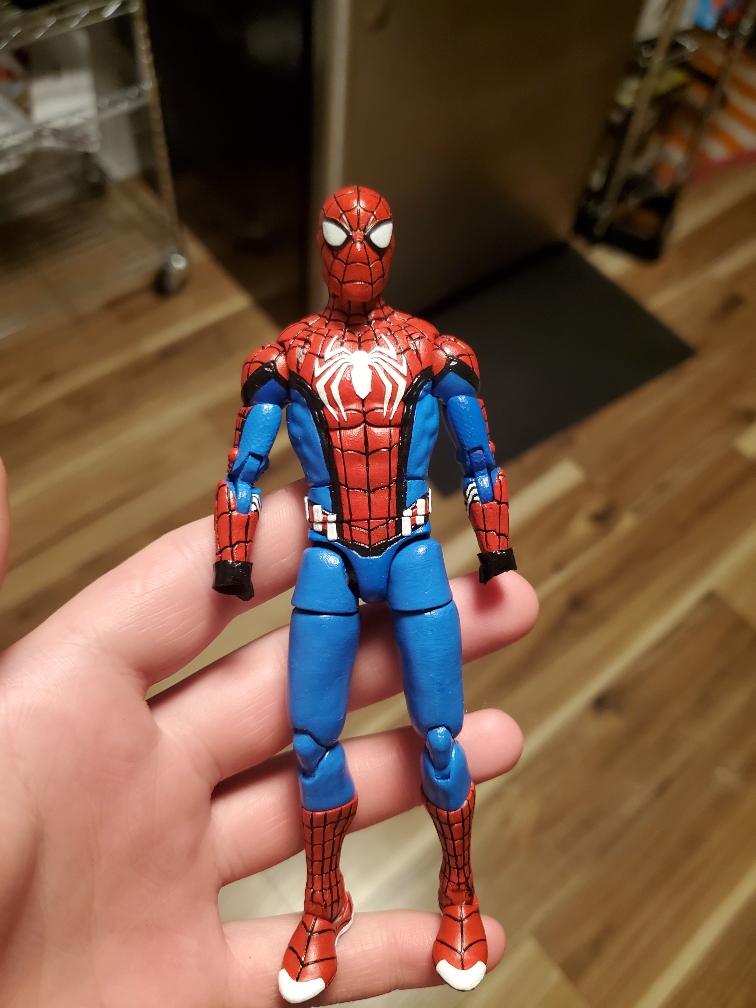 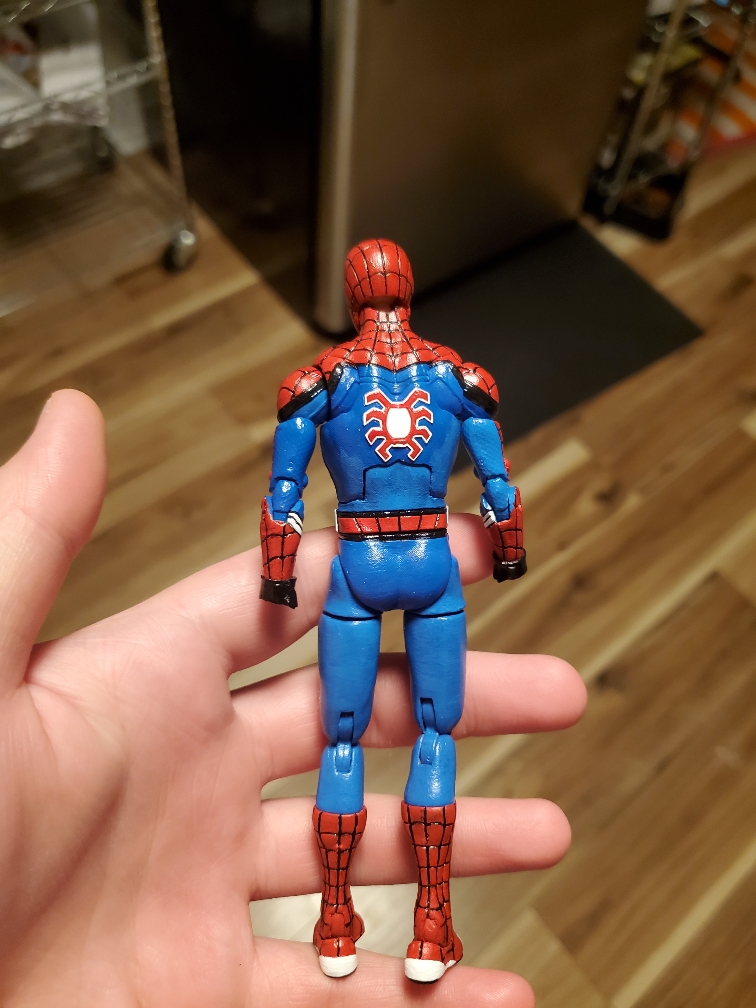 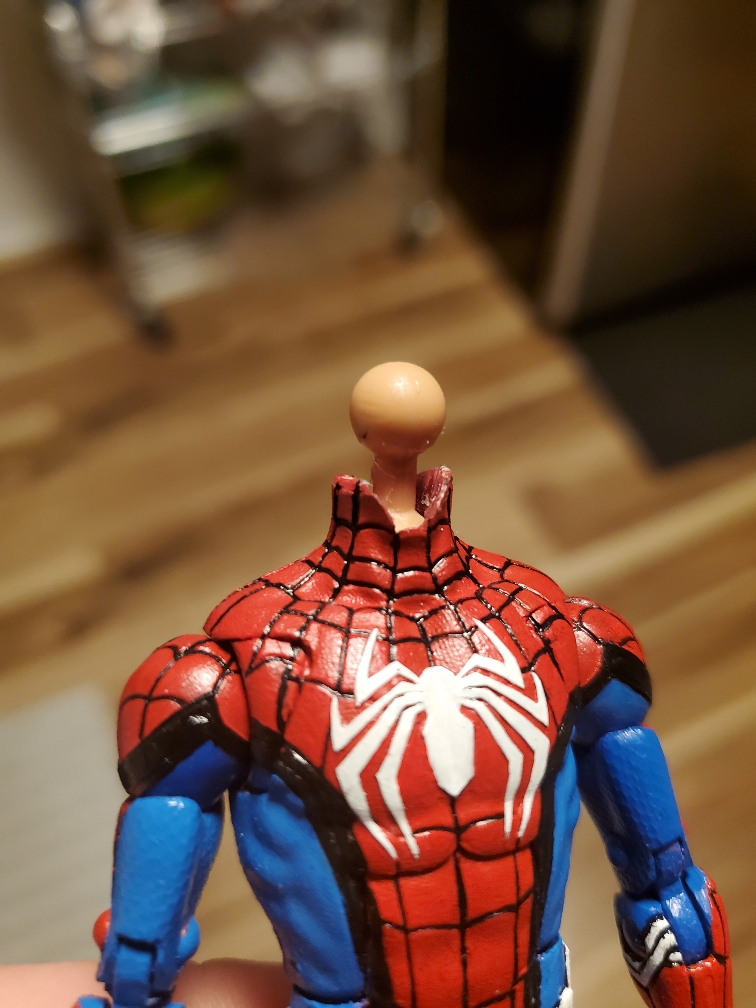 Need to disassemble, sand down and clean, but wanted to document her before my first attempt at priming and airbrushing commences and it all goes wrong.

Sure hope it's a good damn SR!
Top

Absolutely it is! She's looking good so far!
Top 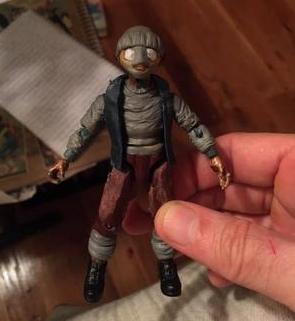 Maz Kanata base and a lot of heavy dremeling of the lower torso and hips and added X23's boots.
Top
Post Reply
204 posts