Ask your How to Questions here. Wanna know what paints to use? Wanna know what's better: Super Sculpey or Apoxie? Wanna know about Super Glue vs Elmers? Have a WIP that you are working on? Then post here.
Post Reply
191 posts

This is nearly done. I do feel like the star on the chest needs sanded and covered to match the Hot Toys figure I based it on. But I also don't feel too inclined to, so we'll see. I am *fairly* certain this was the Civil War 3 pack Cap. 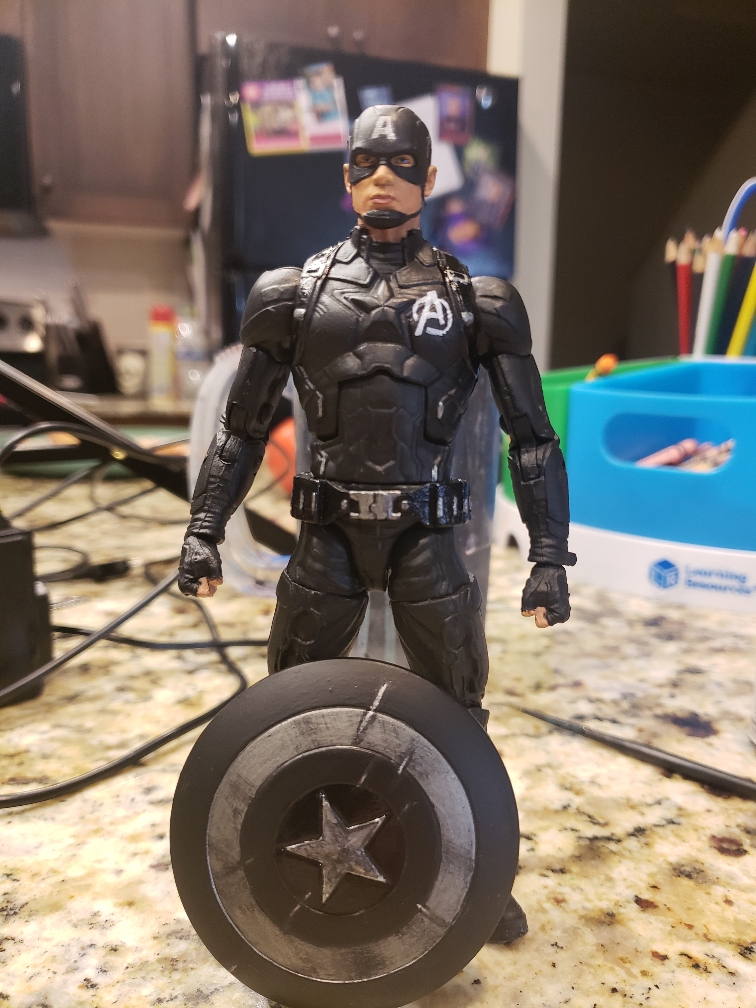 Sent from my SM-G960U using Tapatalk 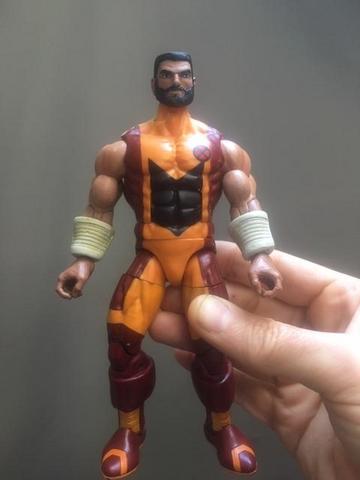 Arms are from MOTUC Mo-Larr and fit perfectly after paring down the connector post and are swap-able. Head was cloned using oyumaru and miliput. Beard was sculpted in miliput. Looking to add magnets to keep the upper torso together but it hold together really well as is. 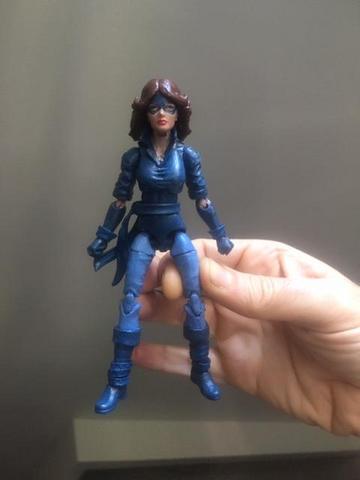 Been a while since I’ve posted here.
This is what I’m painting up today...

Thanks! Sabertooth looks great! I'm planning on using the Warpath buck to make a MOTUC inspired Tri-Klops, Kronis, and whatever other figures I can't afford to buy lol/:( 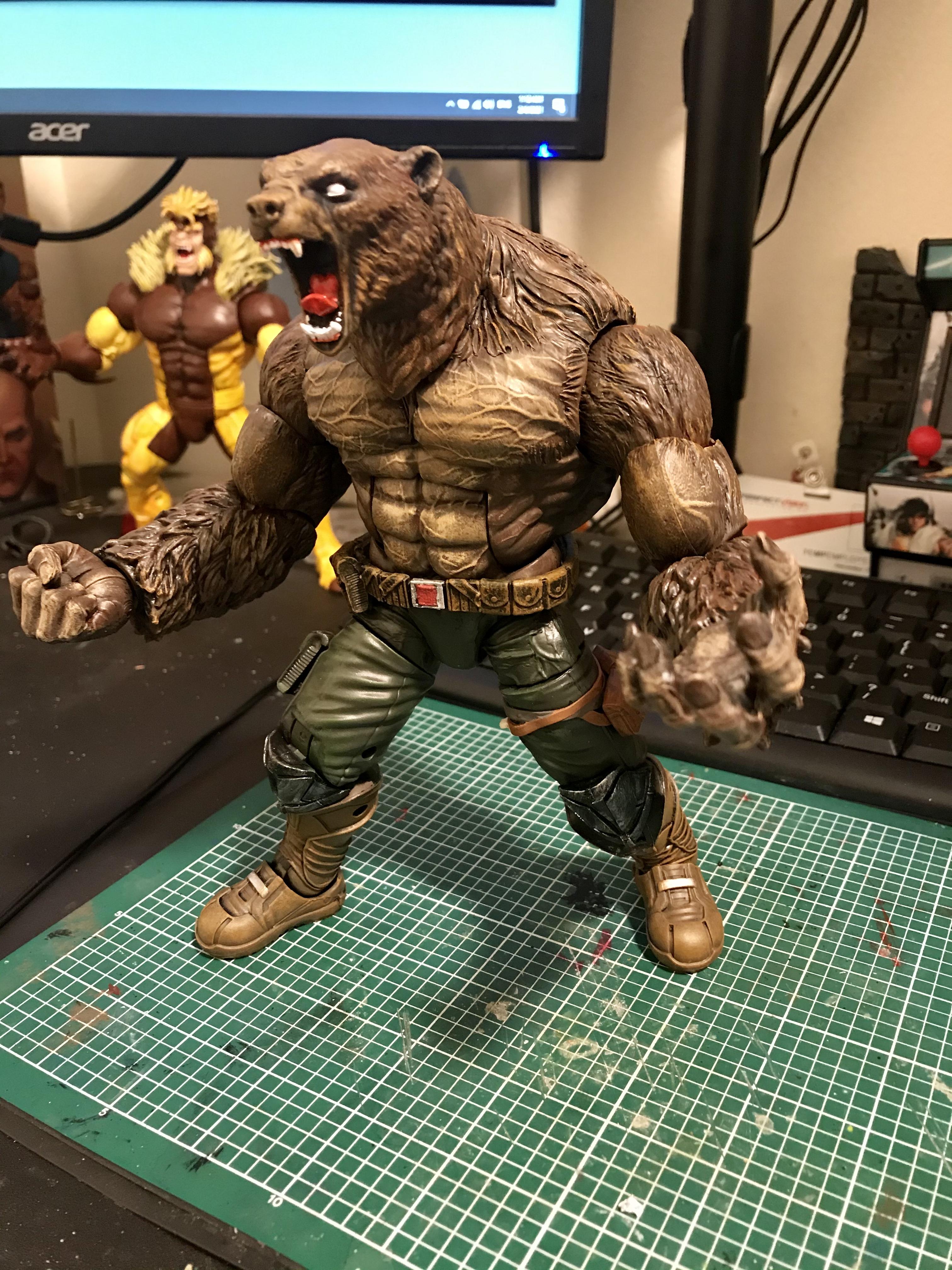 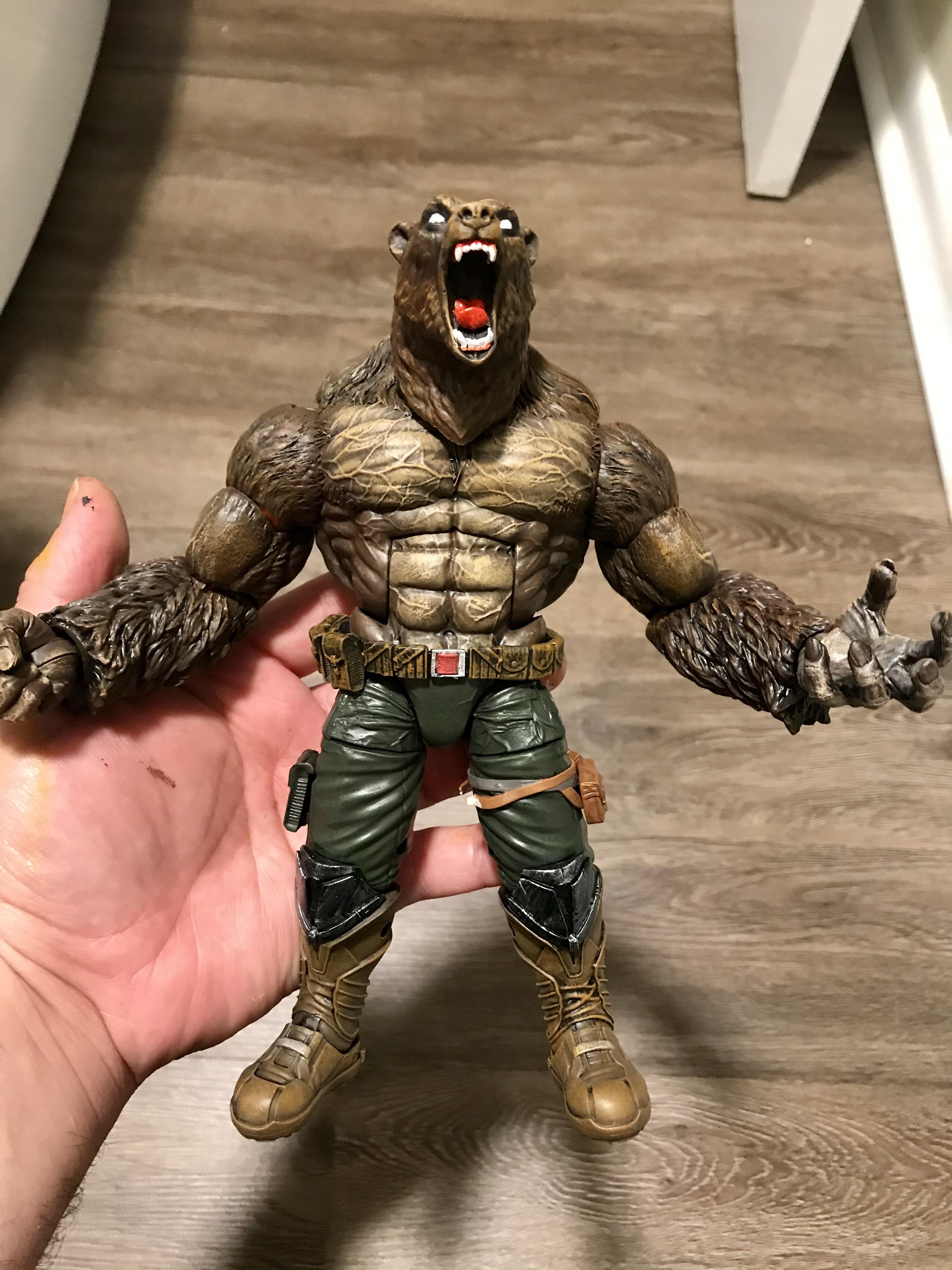 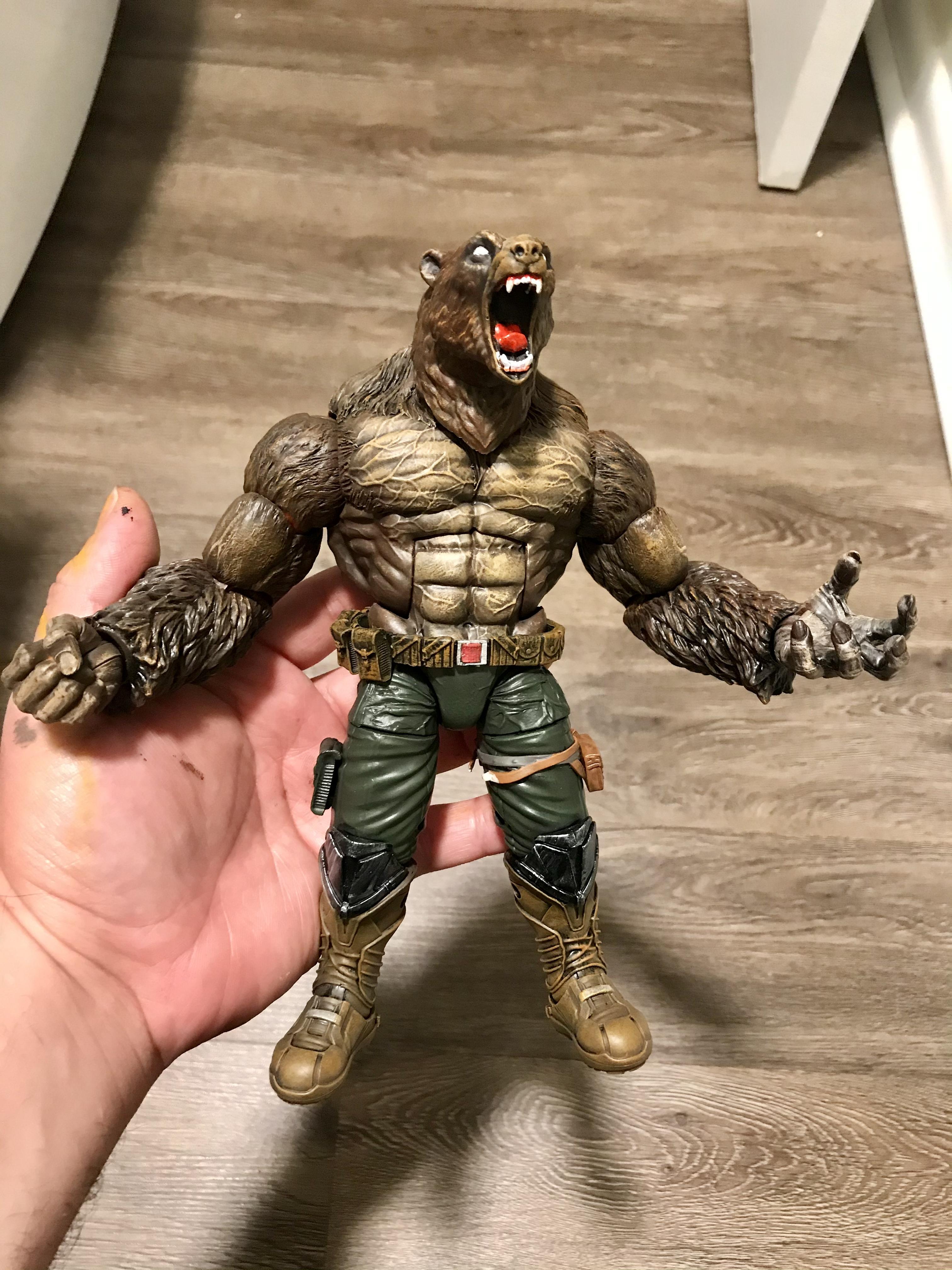 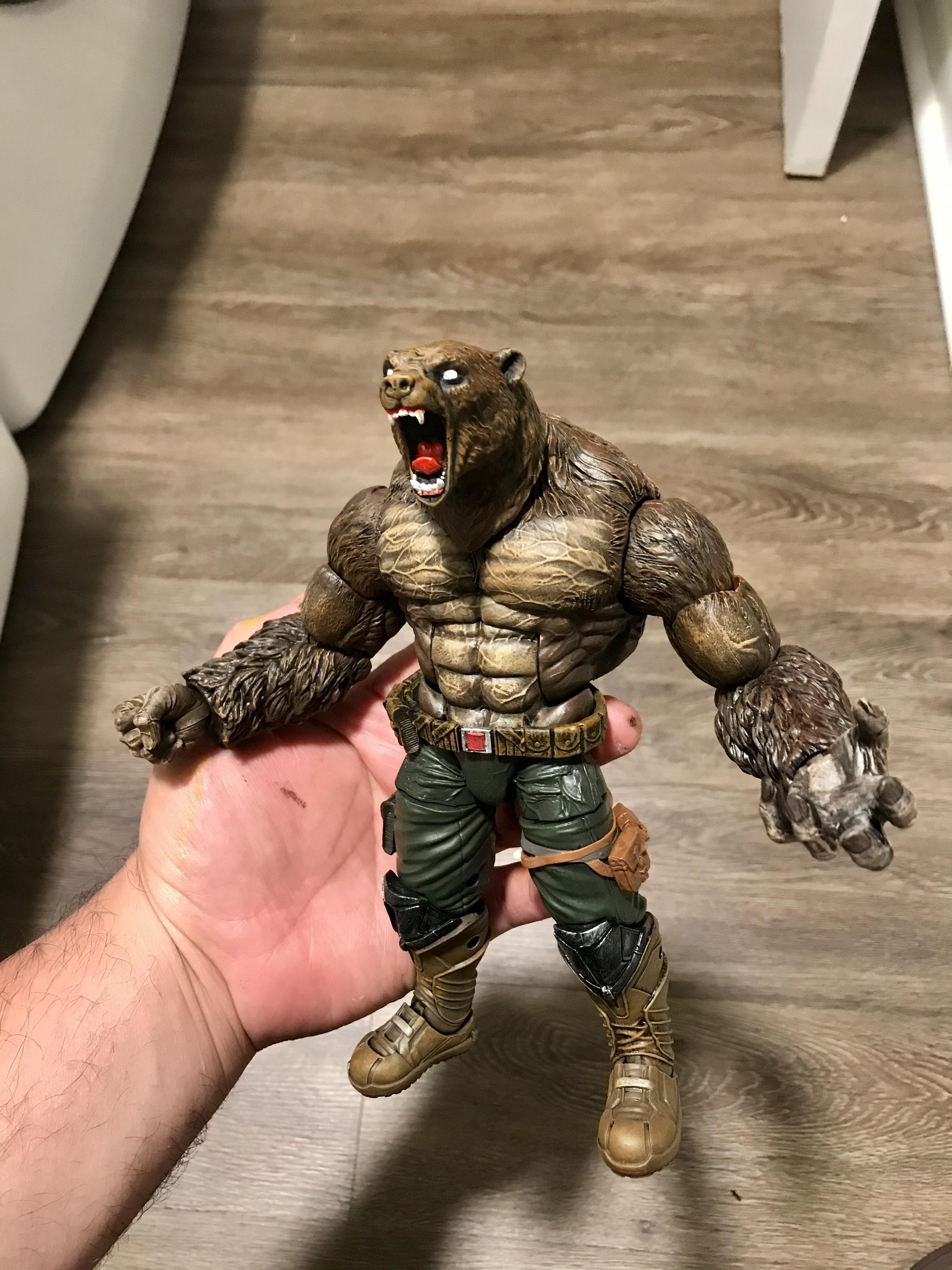 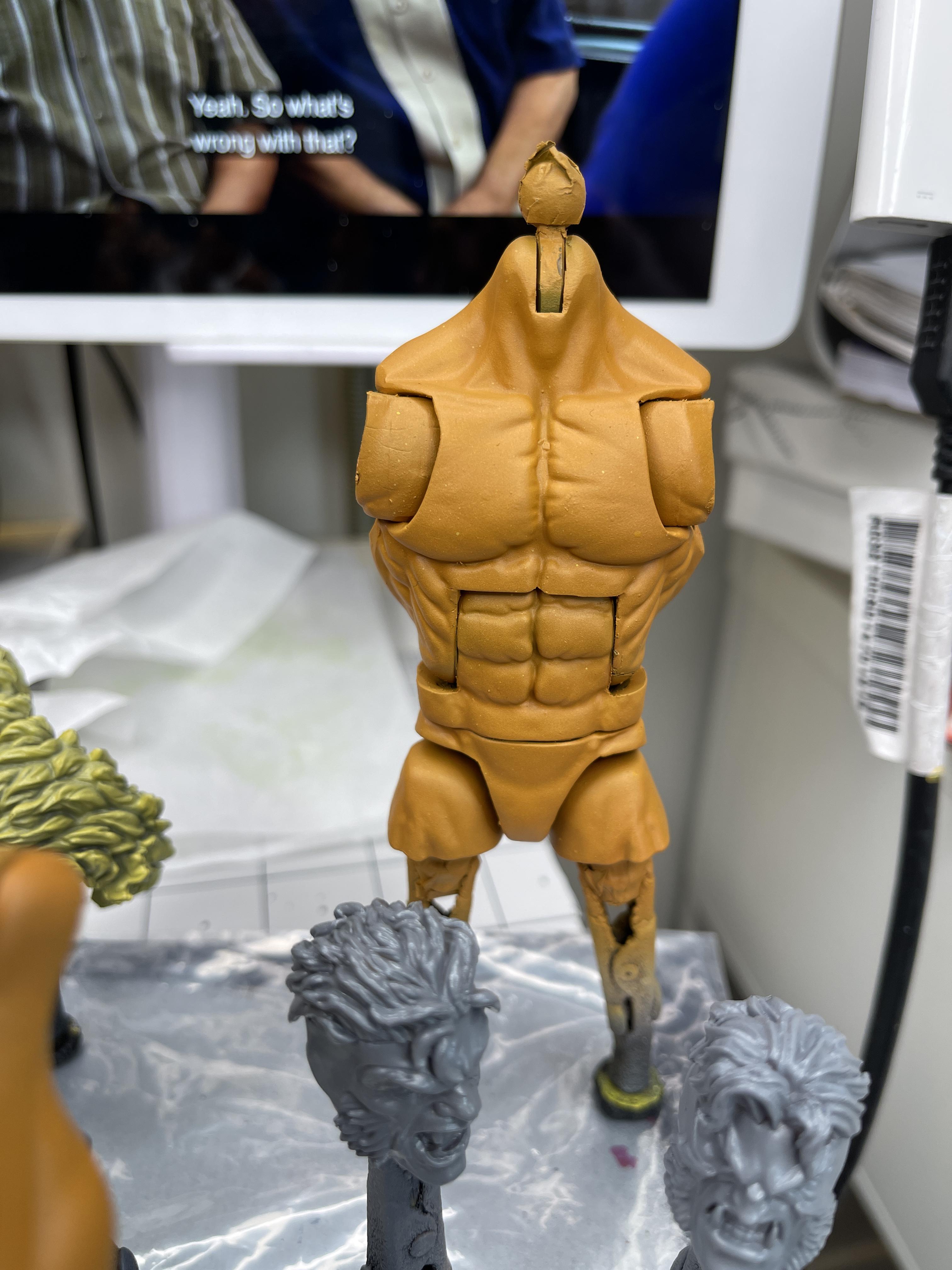 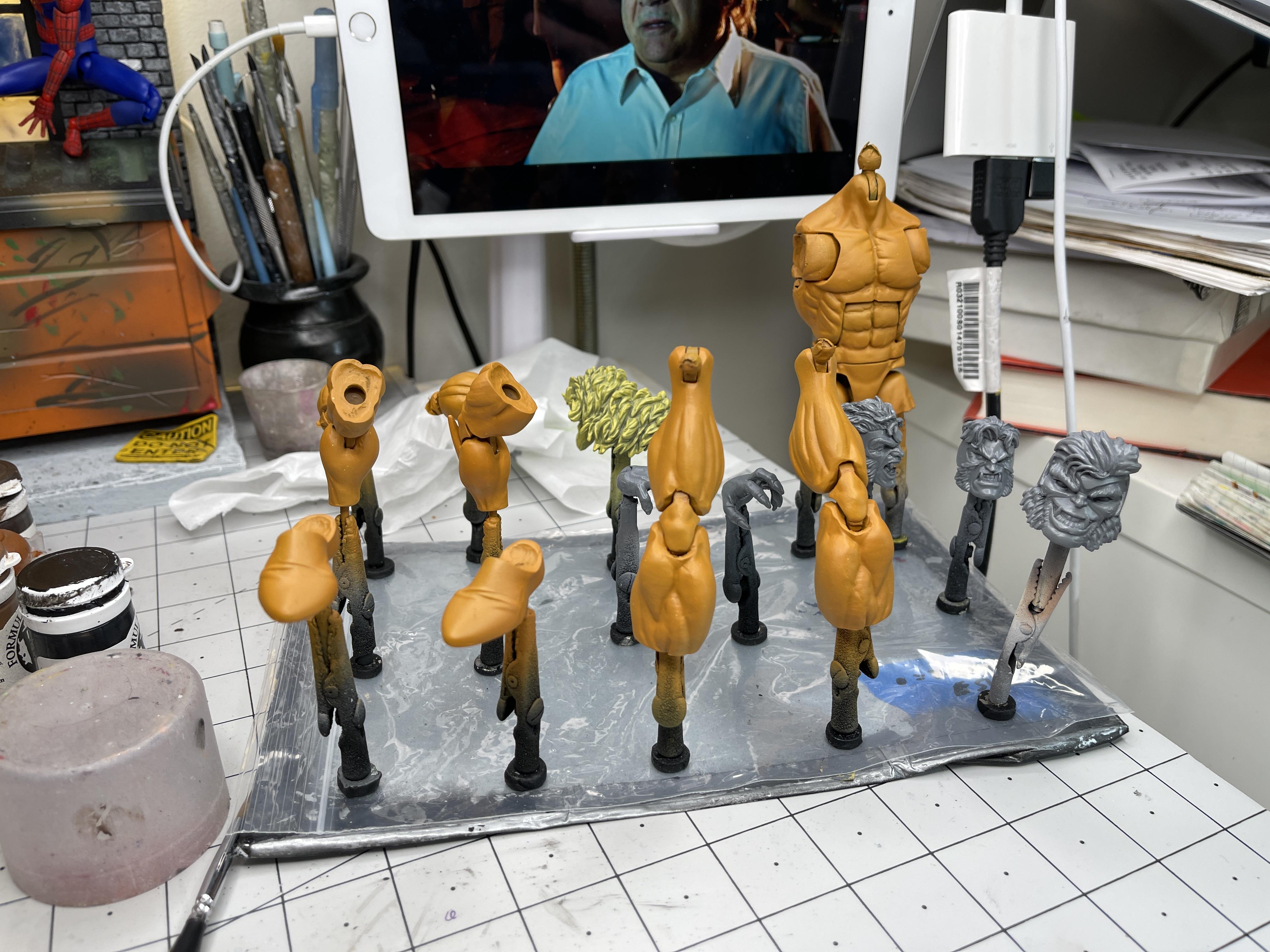 Got the first color done, tonight ill do the next color

Love the pics. They answered some of my questions on painting and they are AWESOME! Makes me want to invest more time in custom work and more money in supplies.

Can I ask what primer you use/prefer? Is it in a spray can or do you airbrush?
Top 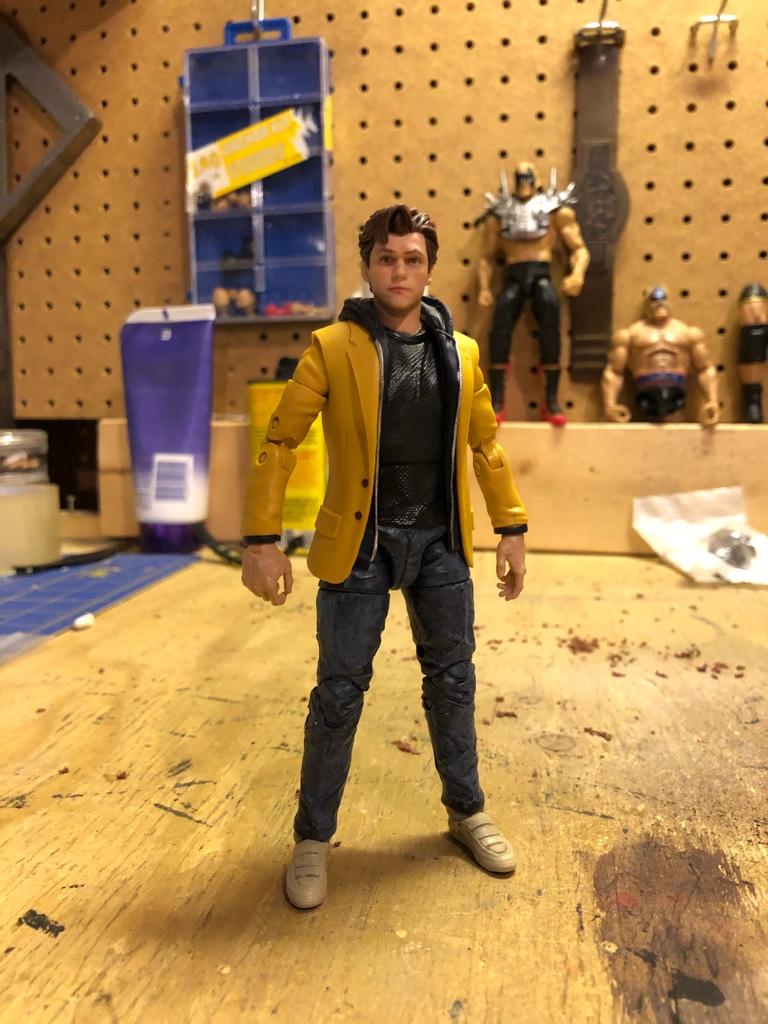 Got the first color done, tonight ill do the next color

Love the pics. They answered some of my questions on painting and they are AWESOME! Makes me want to invest more time in custom work and more money in supplies.

Can I ask what primer you use/prefer? Is it in a spray can or do you airbrush?

Thanks man I never posted the final product on here. I finished him a while back. 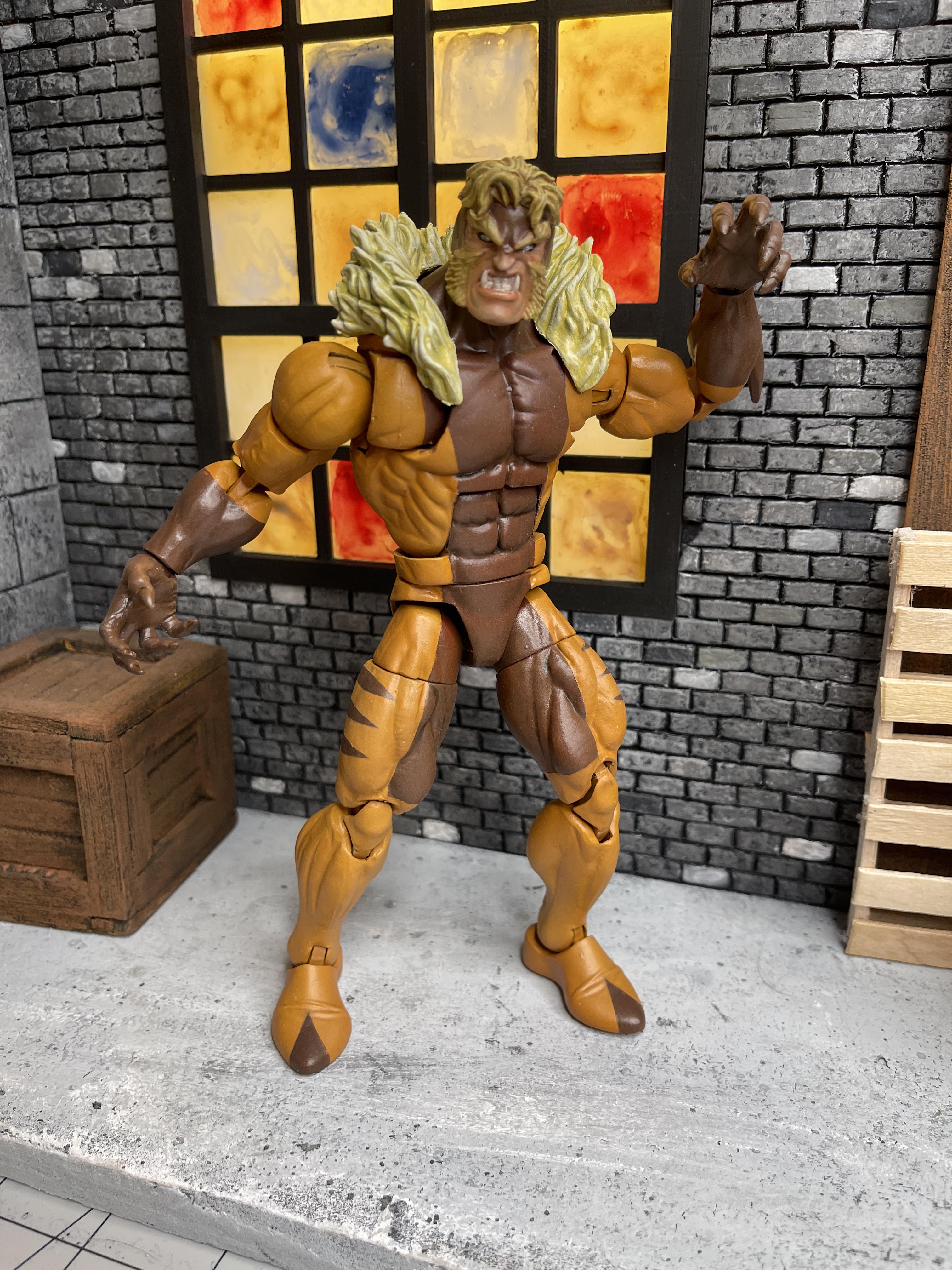 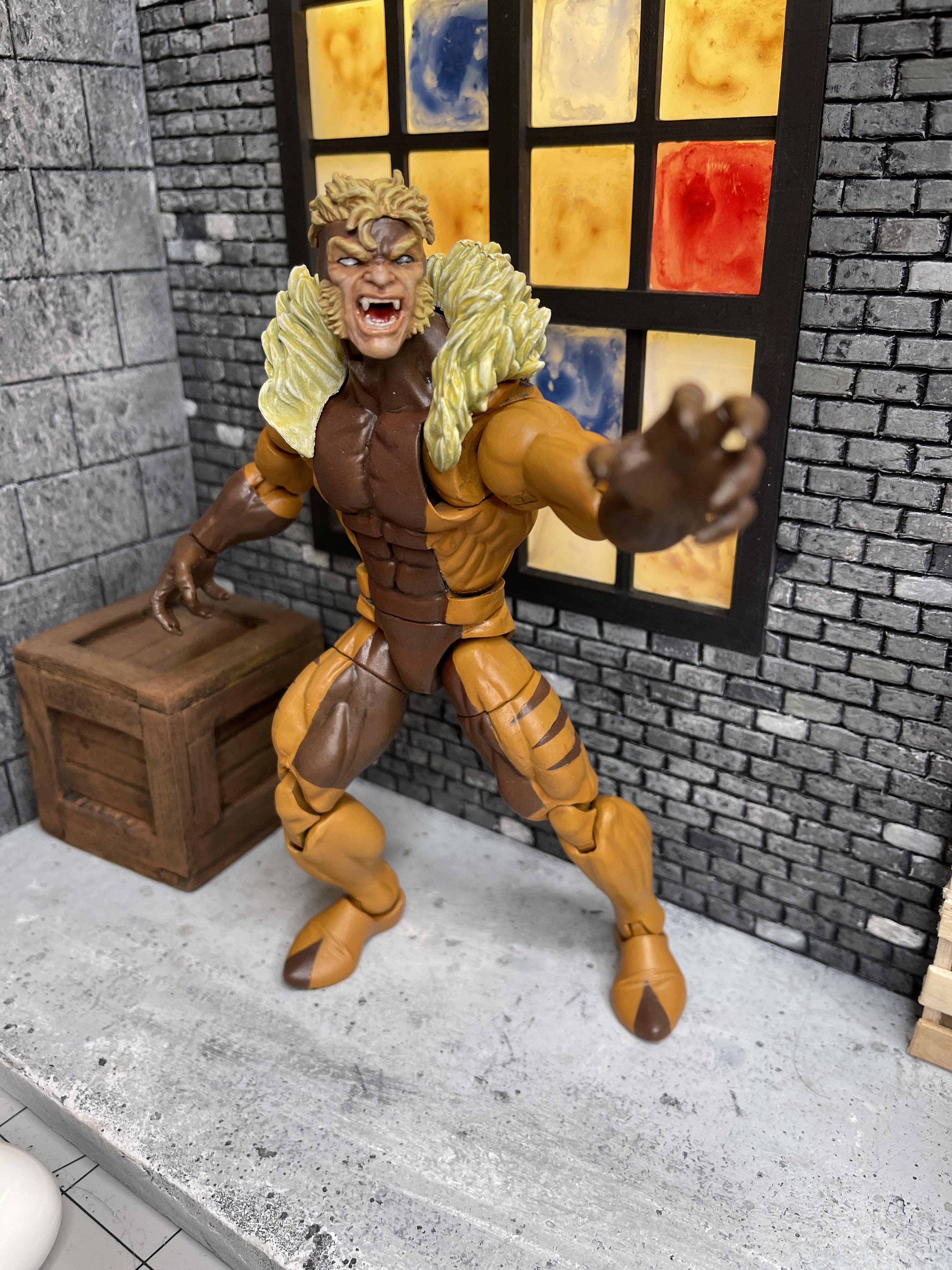 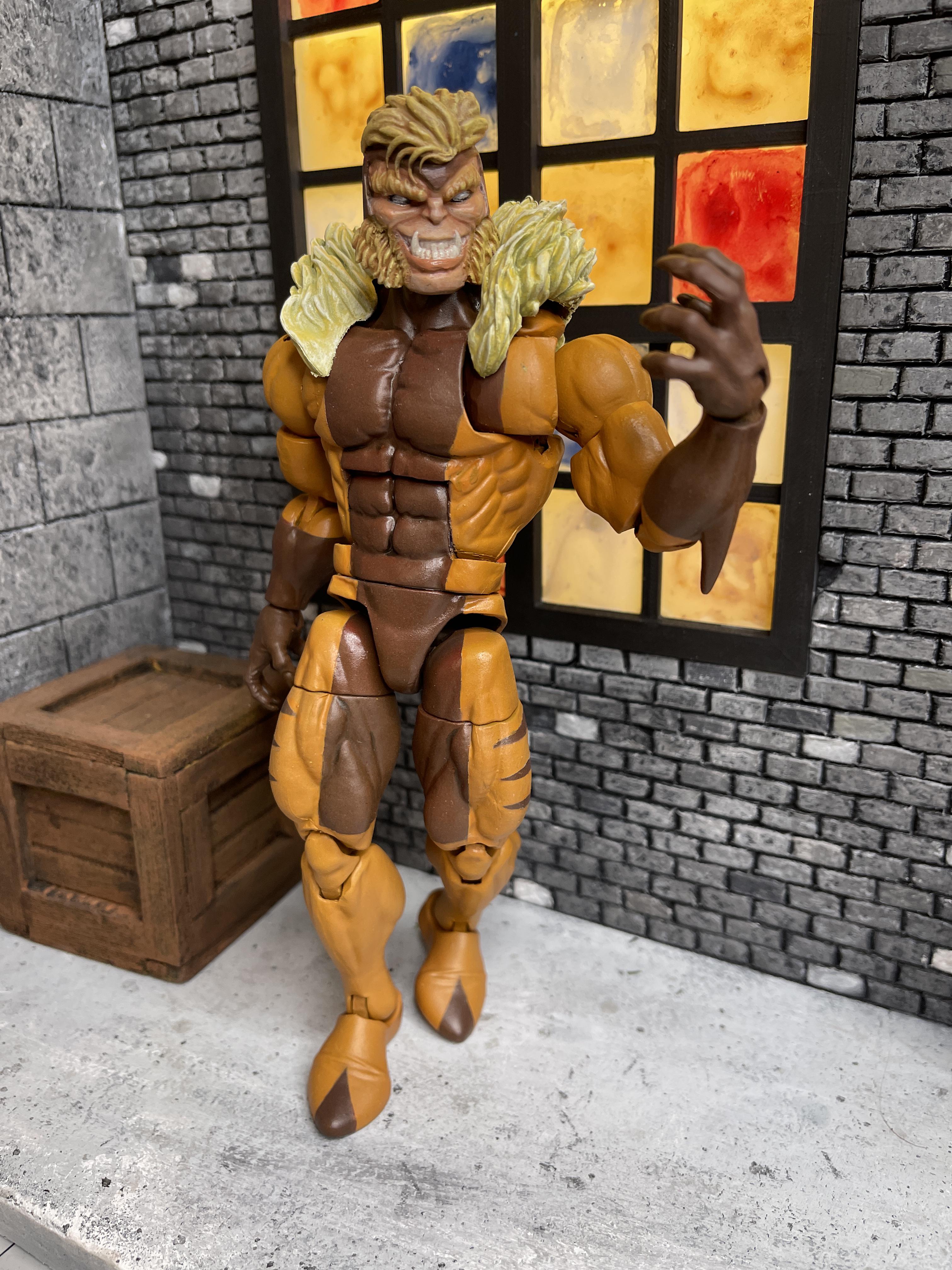 For primer on Sabertooth I used badger brand Grey primer through an airbrush. But if you’re looking for a spray can, I also use the army painter primer (which comes as a spray can and in multiple colors)
Top

Working on my idealized MCU/comic/Ultimate Alliance style Cap. He's based on a GIJCS Destro of which only his crotch, hips and arms are left. I modded a F10Y MCU Cap torso to fit Destro's waist ball joint and took the thighs from that figure as well. The gloves and hands are from a Mezco Sovereign Knight Batman. His belt and kneepads are from Marvel NOW Cap (the belt got a new buckle plate from a Mafex Batfleck) and his lower legs below them are from MCU Taskmaster as it was very important to me to have a modernized take on the classic pirate boots Cap wore. The shoulder pads are from that awful IW Cap. I used foam for the new chest armor and the new unpictured backpack/shield mount. The star was made from a mold taken of the star from the shield. The feet are from GIJCS Duke, as is his also unpictured unmasked head which has been slightly altered to soften the features a bit. The helmeted head is a cast of the Mezco with ear covers added on from the ML Ragnarok Thor's helmet. I've since added back on the wings as well via snipped-to-size ML Wolverine claws with the peg that goes into the hand serving as the patagium of the wings. (I googled that word as to not say "The lil wing stem, holderey things" lol)


As for the shield, its the standard MCU Cap shield with the outer ring cut and sanded down to the proper size so all the rings are even. I mixed up some custom mica powder + gloss-acrylic-base metallic paints for all the colors. Just needs black linework in all the grooves to make the borders more clear and tidy. The colors don't quite show their nice metallic shine but they look great in person.


One thing not wholly pictured is that I managed to figure out how to fit in 7 red stripes. 3 on the torso, 1 per leg and 1 per arm on the back of the biceps. I seriously workshopped the idea of working 50 stars into the design but it was horrifying to just picture where I'd have to try and fit them so that idea was scrapped just as fast as it was first imagined.

He's coming along just like I hoped after a few bumps in the road (such is customizing) and he's getting me excited to do the rest of The Avengers and more Marvel heroes to pose him with. 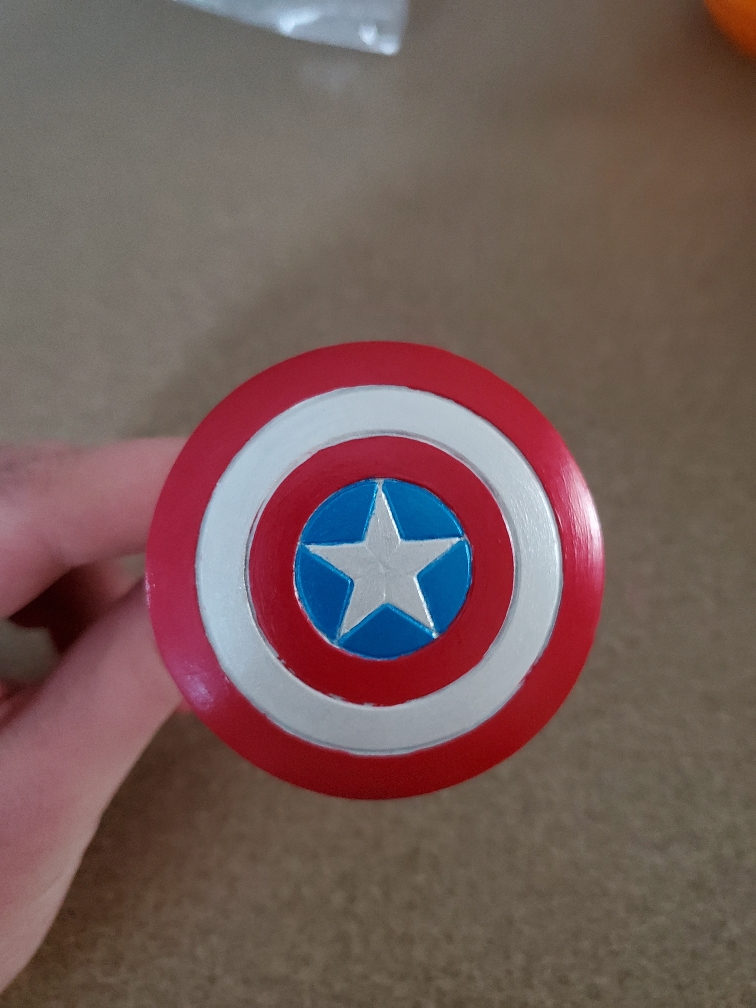 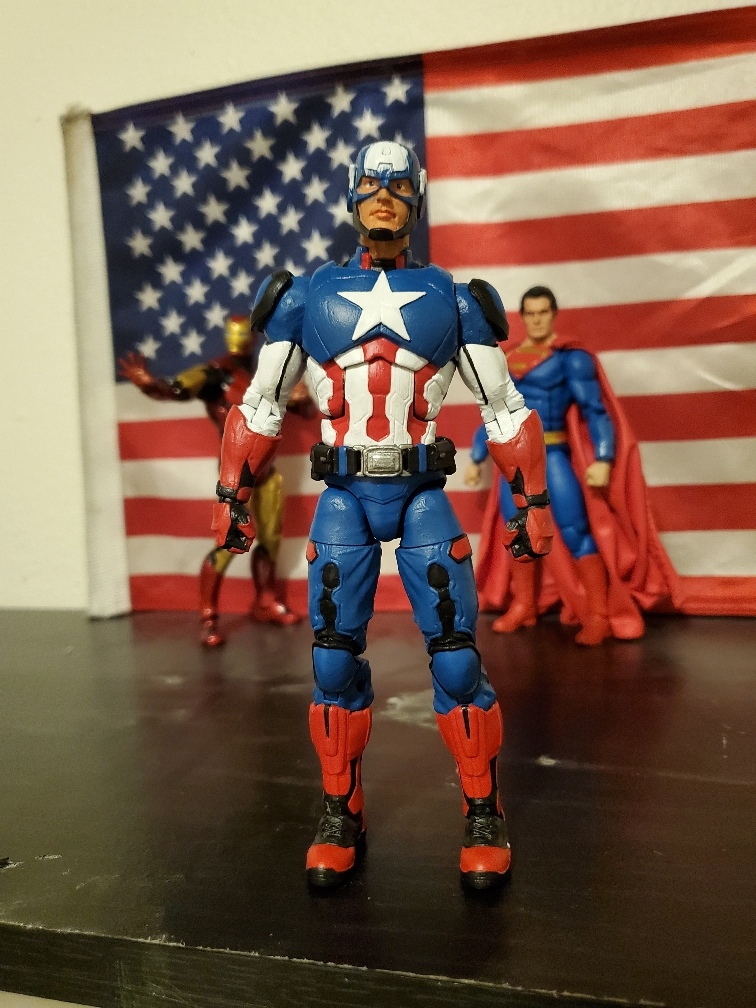 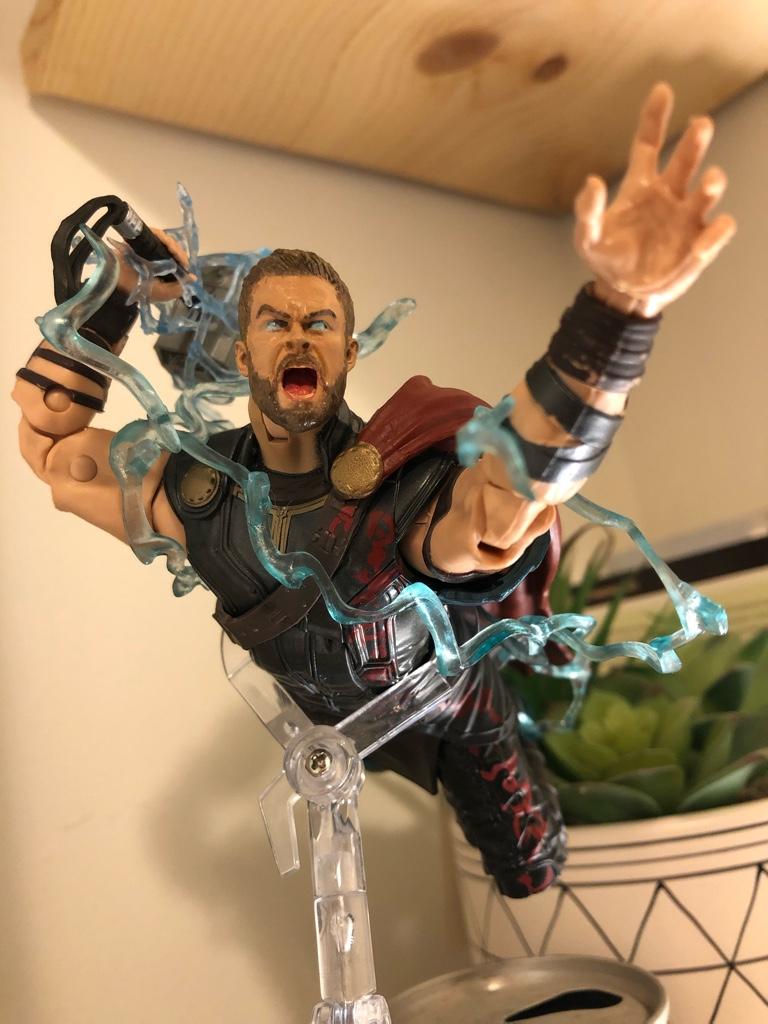 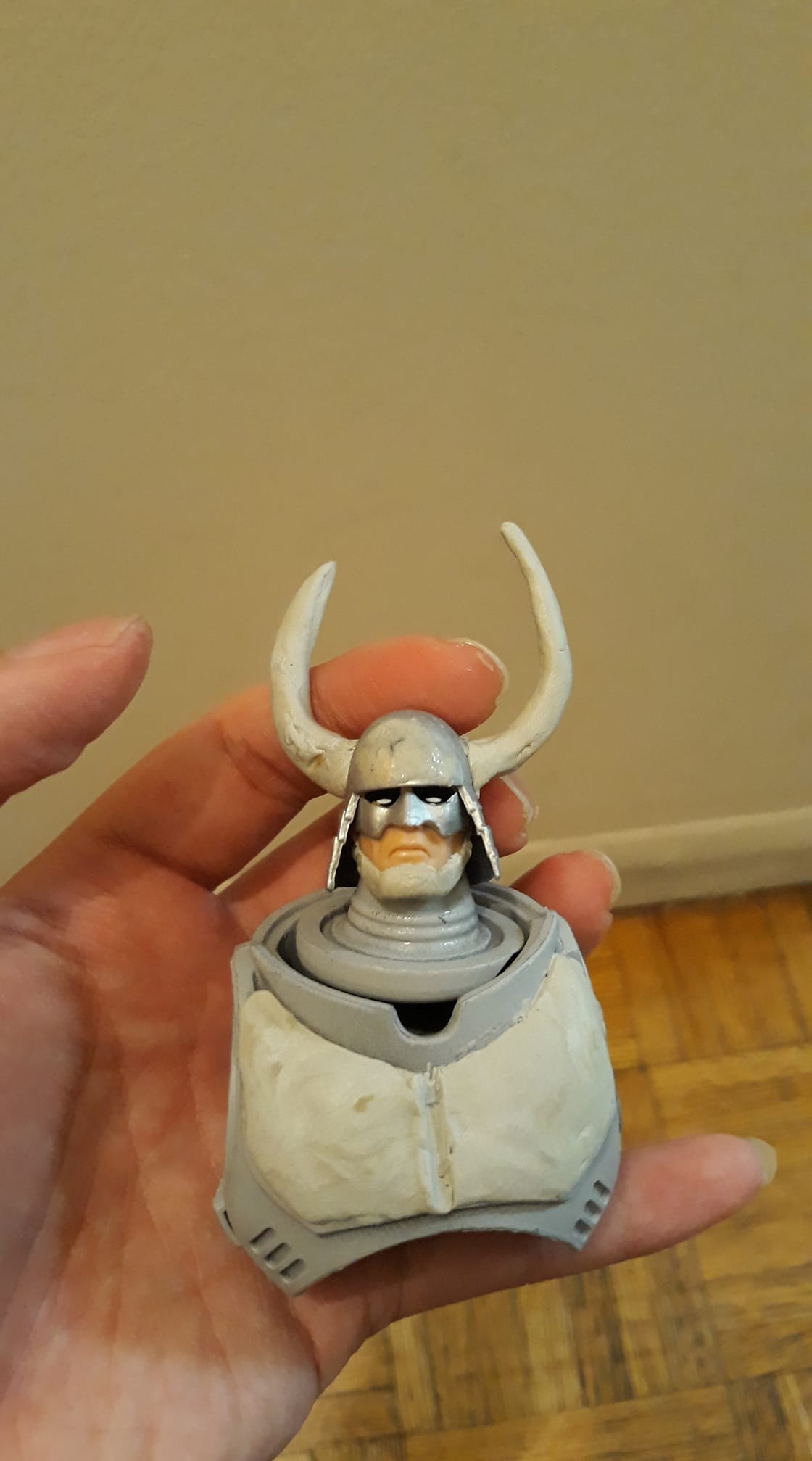 I dunno a single thing about Warhammer, but I am gonna make Honda Tadakatsu from Sengoku Basara from this McFarlane Space Marine.
Top

Did some updates on my Cap. Darkened the red of the shield as well as of the whole body. You can see the before on the left boot and the after on the right. Final shot is the body all painted and sealed. The shield needs some inside work but I have some foam to make the new inside surface and elastic band to make the new straps. The idea is that the elastic will allow it to slip onto his back as well as his arm. Waiting on a Mezco Steve Rogers head cast to land before I can completely finish his guy since he already has a Mezco helmeted Cap head and I like when the faces actually look similar. The red also helped tone down the blue oddly enough and now it looks much closer to what I was picturing. It feels more real and cinematic as opposed to cartoony and videogamey at their worst. From Disney XD cartoon to a much more comic-accurate MCU suit. 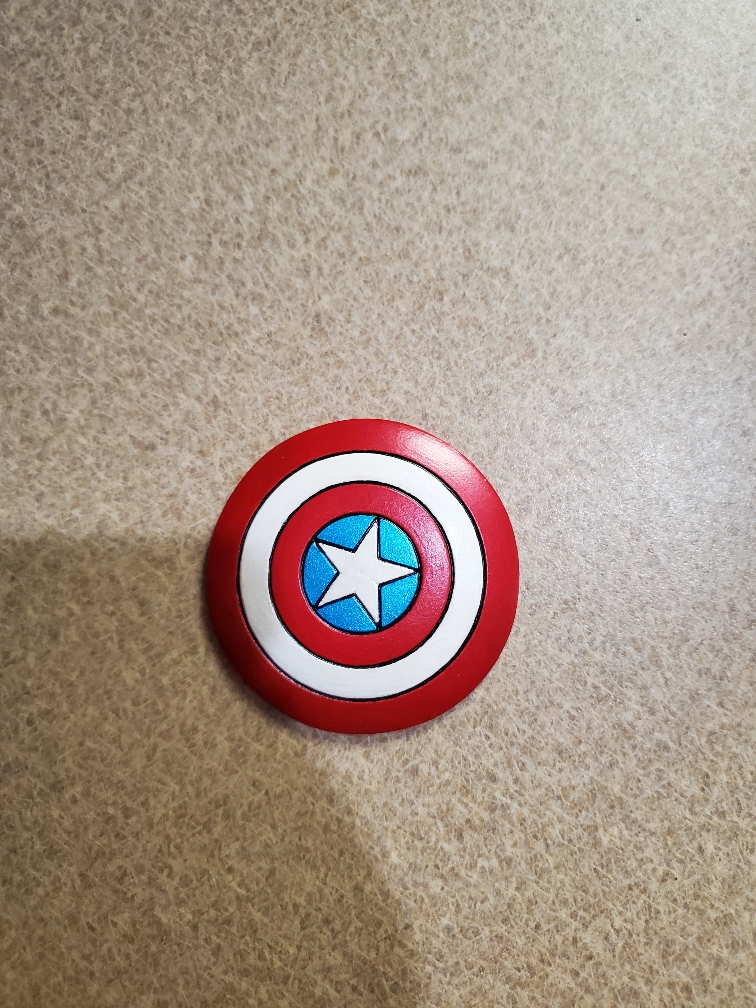 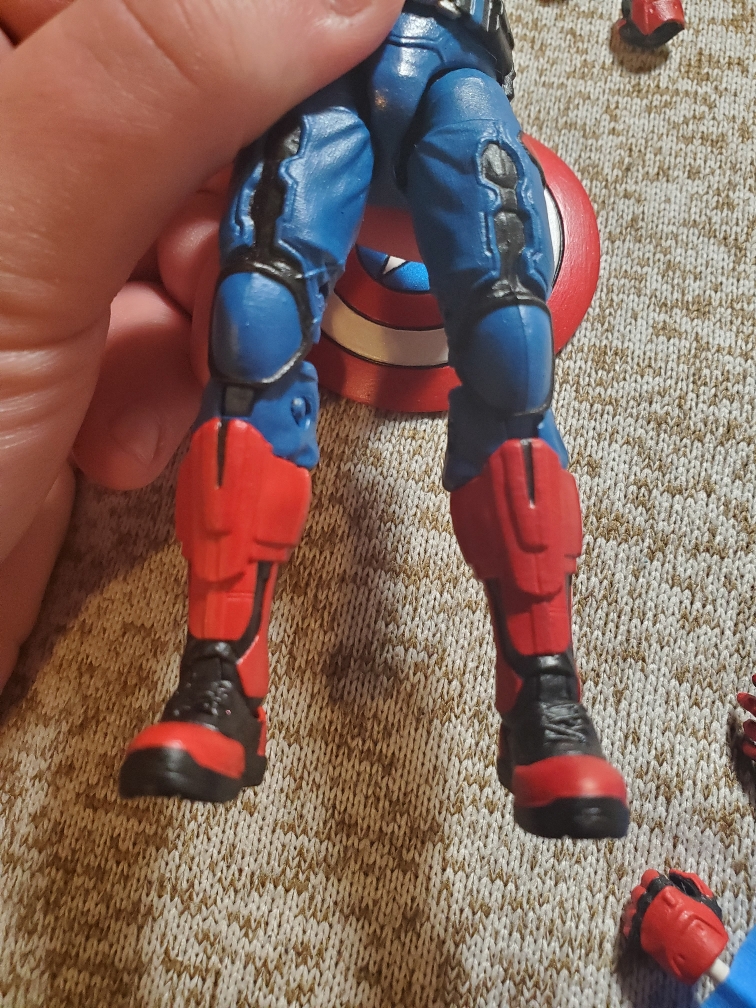 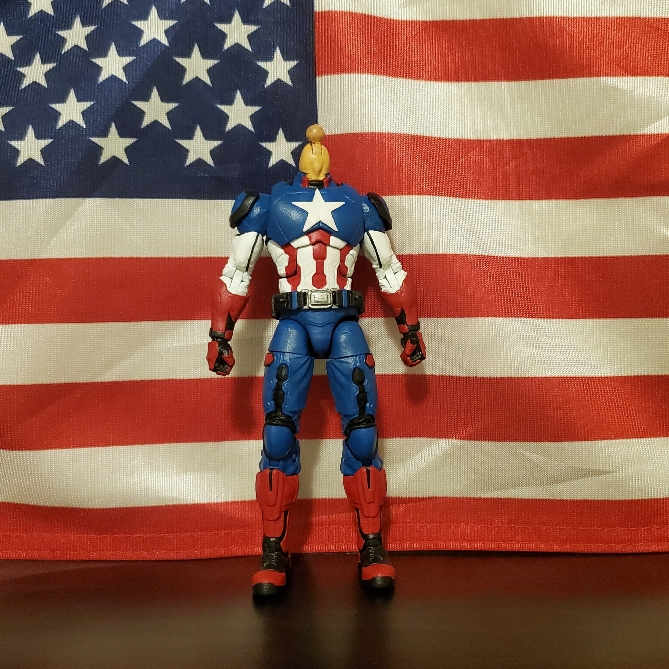 Thanks! I really appreciate it.

Can't wait to assemble the rest of the Avengers to put him with.

I really love the outlining on that shield. You show me panel lines, and i'm in.
Top

Stark Resilient wrote:I really love the outlining on that shield. You show me panel lines, and i'm in.

Haha thanks! I totally see why you do it to so many figures. It just kicks it up to 11 and helps the colors really stand out more.