Ask your How to Questions here. Wanna know what paints to use? Wanna know what's better: Super Sculpey or Apoxie? Wanna know about Super Glue vs Elmers? Have a WIP that you are working on? Then post here.
Post Reply
3 posts • Page 1 of 1

I've been on a Buffy/Angel customizing kick since about June of last year and after I added so many costume variants and new characters to my shelves the continued lack of one of the seven Big Bads kept making me sad. 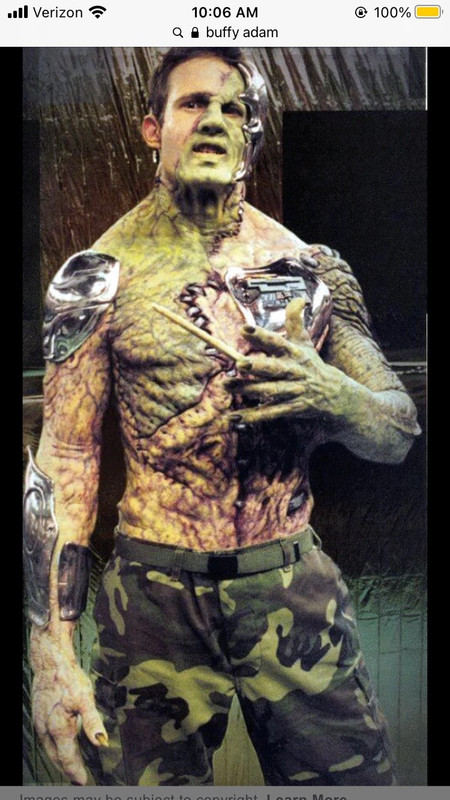 I started sculpting the chestplate because I had some milliput leftover that wouldn't save, so I thought, "I'll give it a shot." And it turned out shockingly well! I kept going and, aside from cracks and fingerprints in the clay, this came out WAY better than I EVER expected!

It's a Fyarl Demon Giles torso and arms (with the tops cut off) with a Stargate Cameron Mitchell face and lower body. Aside from the paunch that should be abs, this really gets the effect across, I think.

And for funsies, I finally completed my Fuzzy Vampire Willow:

ML Moira was the inspiration, but she was way too skinny and I ended up only using her skirt and other Buffy figures for the rest.

These are great customs. The Stargate figure is a really good choice for a head sculpt. The only thing missing is a removable diskette on his chest for "floppy disk dude".