F-TEAM! ASSEMBLE! Doo doo doo dum dum! - Not all toy topics can be assigned a famous block. Talk about the rest of the toy lines here!
Post Reply
48 posts 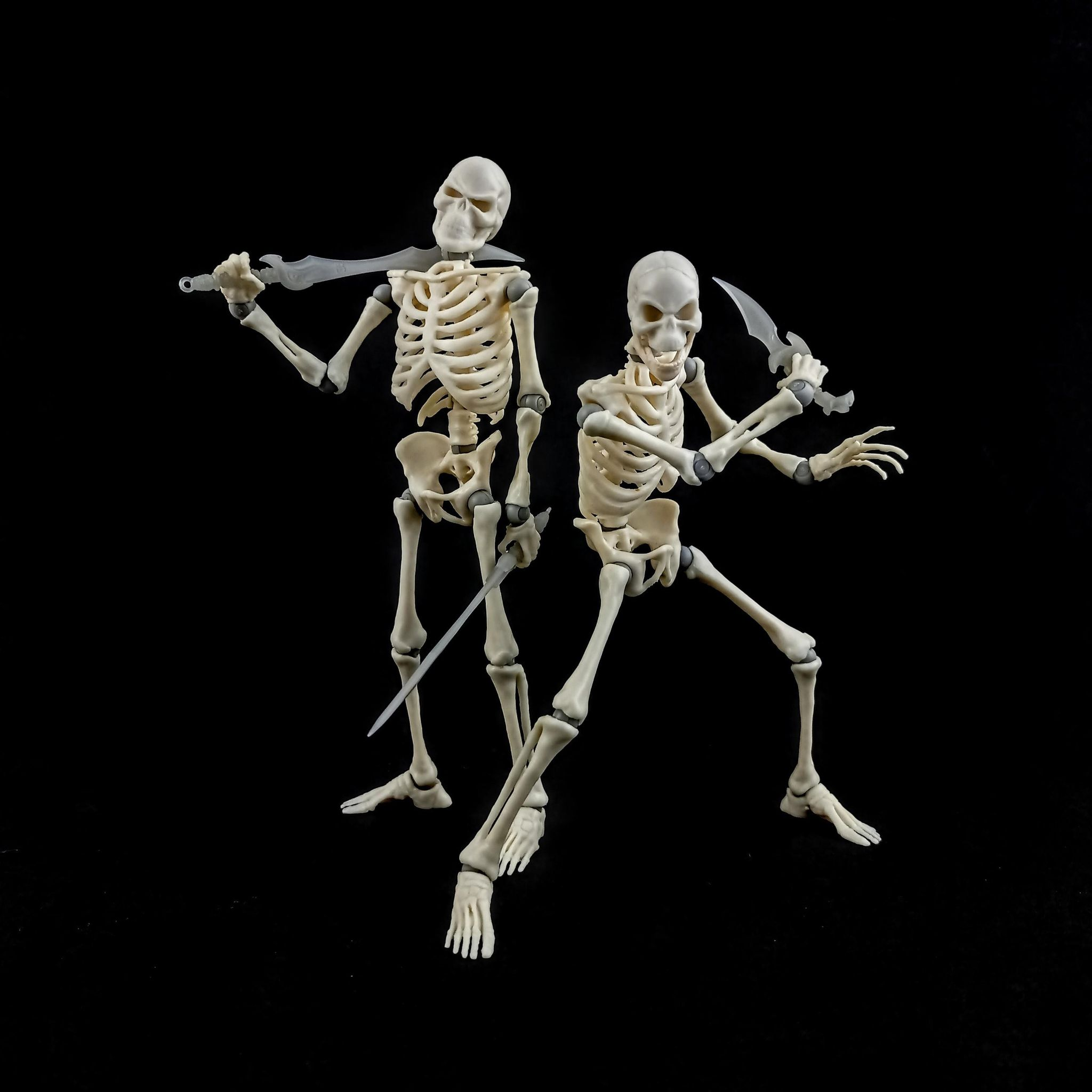 Fwoosh crew, feel free to remake the thread if you'd like. Feels weird that you guys don't make the thread for your own toys, should give the forums a preview before the rest of social media!

'FWOOSH TOYS' is all caps btw because that's how the Twitter handle is.
Top

Interesting. It looks like the heads are expressive, which is...different. Hopefully, more there's an alternate expressionless one as well. Expressive skeleton faces could be fun though.
Top

I don't know. Despite the Toriyama Sekien print, I wouldn't consider "Gaikotsu" a yokai in the same way that Gashadokuro, Hone-onna, and Kyōkotsu are considered yokai. I'd just call it a gaikotsu, common noun for skeleton. Then you can do a dozen colorways without having to source folklore that doesn't actually exist.

And only further amplifies that Storm is doing Golden Axe in something closer to 1:9 scale rather than 1:12...
Top

my interest in these totally depends on the price. these should be cheap and there's already options for skeletons out there.
Top

In terms of 'army building' skeleton warriors -- I'm already there with HACKS, so I feel no need to do it again in a different scale.
BUT.. these are looking REALLY nice and I will always support my Fwoosh bros, so sign me up for a couple.
Top

Really interesting. I didn't get in on the AI Ninjas despite being very tempted. This time, I may go in and support my Fwoosh.

How are they compared to Storm Collectibles skeletons?
Top

In what regard? Like.. they don't exist yet so you can't get any 'end user' kind of info like feel, ROM, or anything like that. Most you'll get is if the Fwoosh guys chime in with technical stuff like POA count and actual size.
Top

Love to see you guys back in the grind making cool stuff!
Top

In what regard? Like.. they don't exist yet so you can't get any 'end user' kind of info like feel, ROM, or anything like that. Most you'll get is if the Fwoosh guys chime in with technical stuff like POA count and actual size.

Oh, not out... But I mean, yeah, knowing things like size/scale, articulation, and material would be nice. An issue I had with the SC Skeletons was the plyable material warping easily, and the hands not being able to hold the accessories with a good grip.
Top

I can almost guarantee that these will NOT be the thinner, flexible material that Storm uses, and these guys will likely be at the same height as the AI ninjas, or dang close to it.
Top

ohh, must have for me
Top

Be cool if there were mod support like the Ninjas.