F-TEAM! ASSEMBLE! Doo doo doo dum dum! - Not all toy topics can be assigned a famous block. Talk about the rest of the toy lines here!
Post Reply
44 posts

"Dammit, Murphy; what did you get us into this time?"

Thats super cool! Is that one of those joy toy dios?


My AVP trio shows up Thursday, looking forward to checking those out!
Top

nice! $50 for that size of a diorama that isnt cardboard is a fantastic deal. I really need to start investing in more display stuff!
Top

I'd think, chances are, if you get a 2nd Dark Judge, you'll get at least the main 4 of 'em.
Possibly the same with the Angel gang: more than Mean, then you possibly get the lot.
If you're gonna get the licence, hopefully it's to exploit it as well as you can. Obviously that's dependent on sales, but 2000AD will plug 'em like crazy, and they're affordable in the UK- Marvel Legends prices- so fingers crossed sales support the moulds, especially when there's re-use for uniformed characters.
Also, I notice there's sort of two markets where my art sells:
Super popular' brands'/'franchises', where there's a massive audience available (but also, obviously, just as much competition available),
But also when there's something cult-y in its popularity, but the audience isn't widely catered for. This fits that latter category for sure, because I've sold more Dredd art easily than anything else. I think these have a brilliant opportunity of selling enough to be expansive-ish, particularly because they'll be affordable.

Fingers are so, so crossed we get to Strontium Dog releases.
Top

Im down for pretty much any character designs from 2000AD personally. Especially Nemesis the Warlock, loved those stories!
Top

Hopefully the don't [email protected]#$ this up like 3A.
I need a full set of Dark Judges. Mean Machine and some ABC Warriors wound be nice too.
I just hope they can sort out the ankles on the slimmer figures.
Top

I got the AVP trio in today. They definitely have the new joints with metal pins, and feel much more durable.

Unfortunately, articulation is hindered on this guy from his bulky armor, but he sure does look nice! 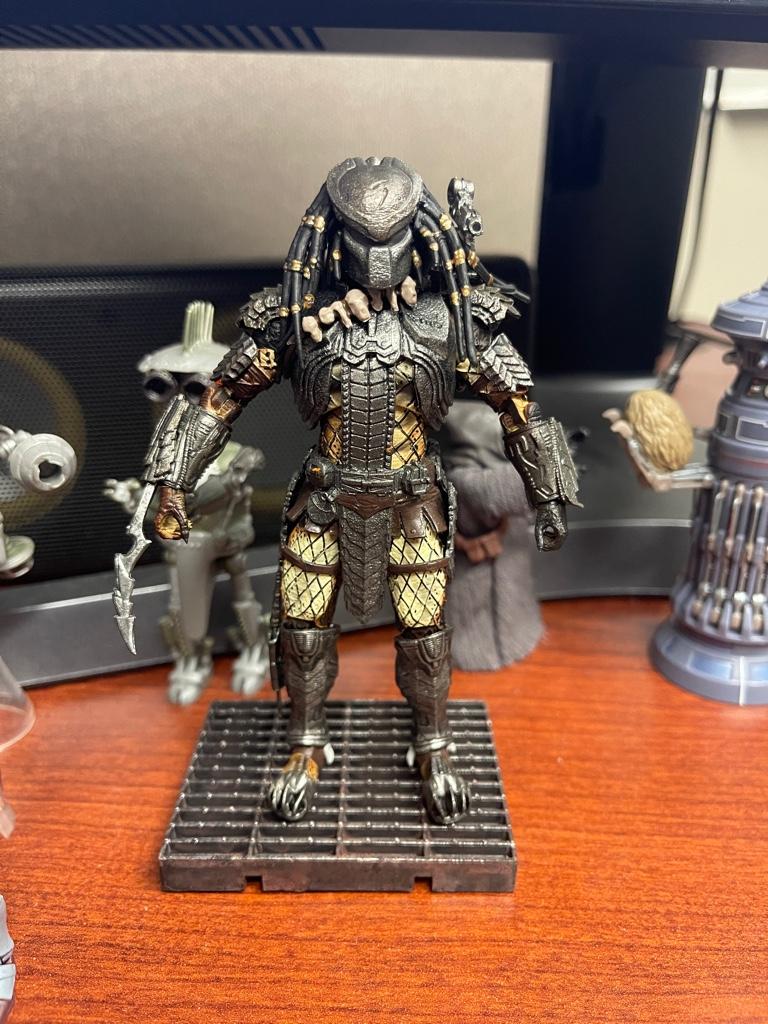 Metal pins? That's good news. We just had our first 30 degree day here in Adelaide and of the 8 predators I have, only 3 were upright by days end.
Top

Speaking from the UK: baffling that there's a climate where toys don't maintain integrity (unless they're on a window ledge in direct sunlight or something, obviously) lol
Top

I got the new upgraded AvP Scar Pred and a Warrior Xeno in Friday and they're massive improvements over the first run. Scar will need some mods to improve his range of motion and to eliminate that permanent BEEFCAFE pose you see him in above. The Xeno is pretty much dead-perfect and the only thing that seems off is that his tongue-mouth seems to come out too high in his real mouth. It should be aimed lower, imho.

I'm hoping the slimmer build of the Wolf Pred combined with the new-ticulation makes him as awesome the Xeno is.
https://www.bigbadtoystore.com/Product/ ... ils/152701
Top

I just opened a new warrior xeno too, and wow you’re so right! What a huge improvement this guy is. They finally got it right with the joints on these skinny xenos. Fairly solid and tight, but still easy enough to manipulate. Details on the figure look very nice too!

I got two of these and have 2 “crouching” versions on pre-order, but now I think Im gonna pick up a few more regular versions. 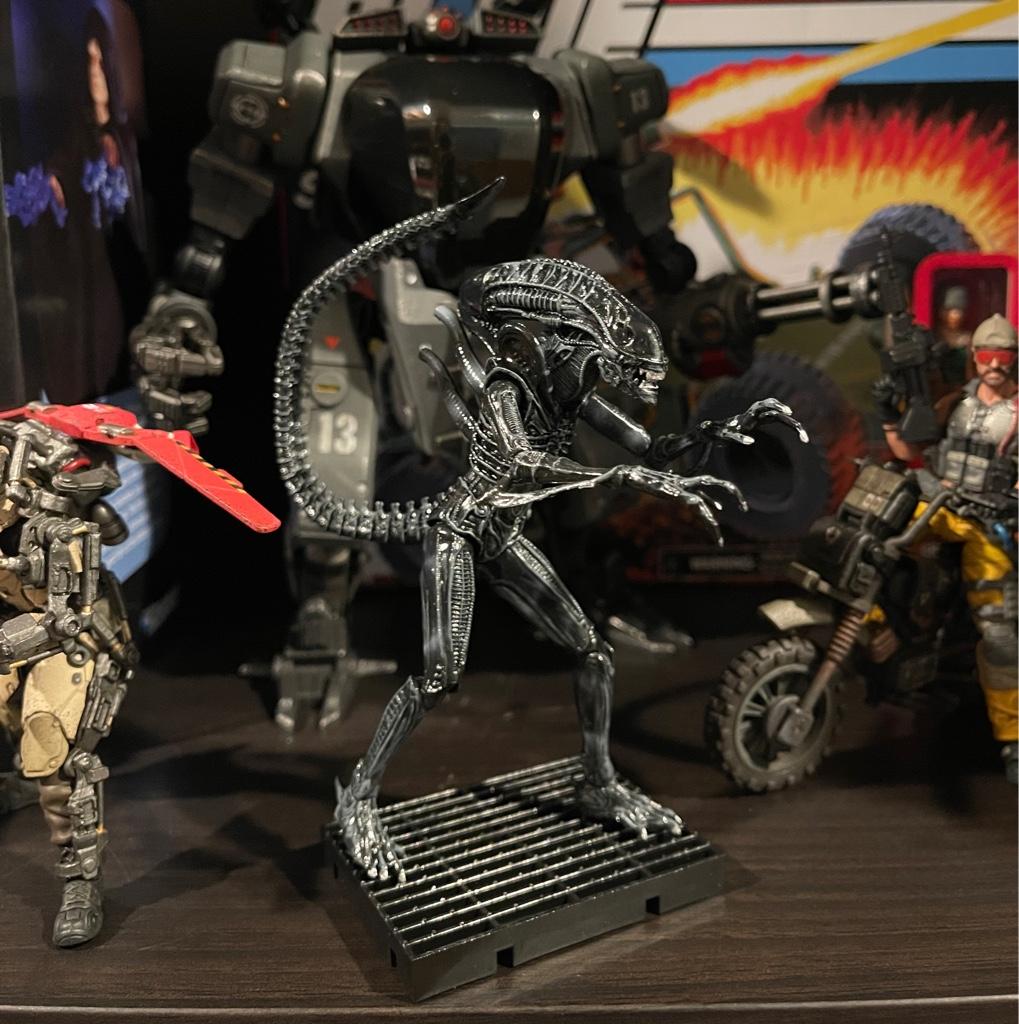