F-TEAM! ASSEMBLE! Doo doo doo dum dum! - Not all toy topics can be assigned a famous block. Talk about the rest of the toy lines here!
Post Reply
369 posts 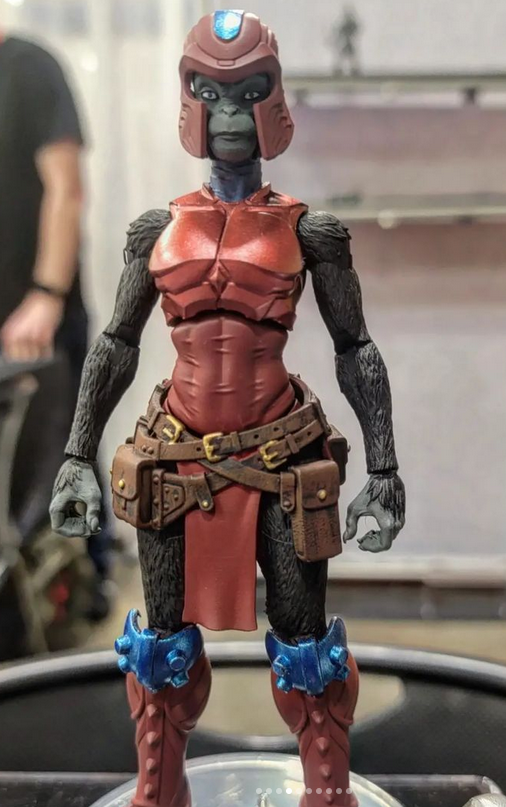 Re: Animal Warriors of the Kingdom - Primal Series 6

Around my birthday then.

Jason just posted the slides he showed off at Power-Con. 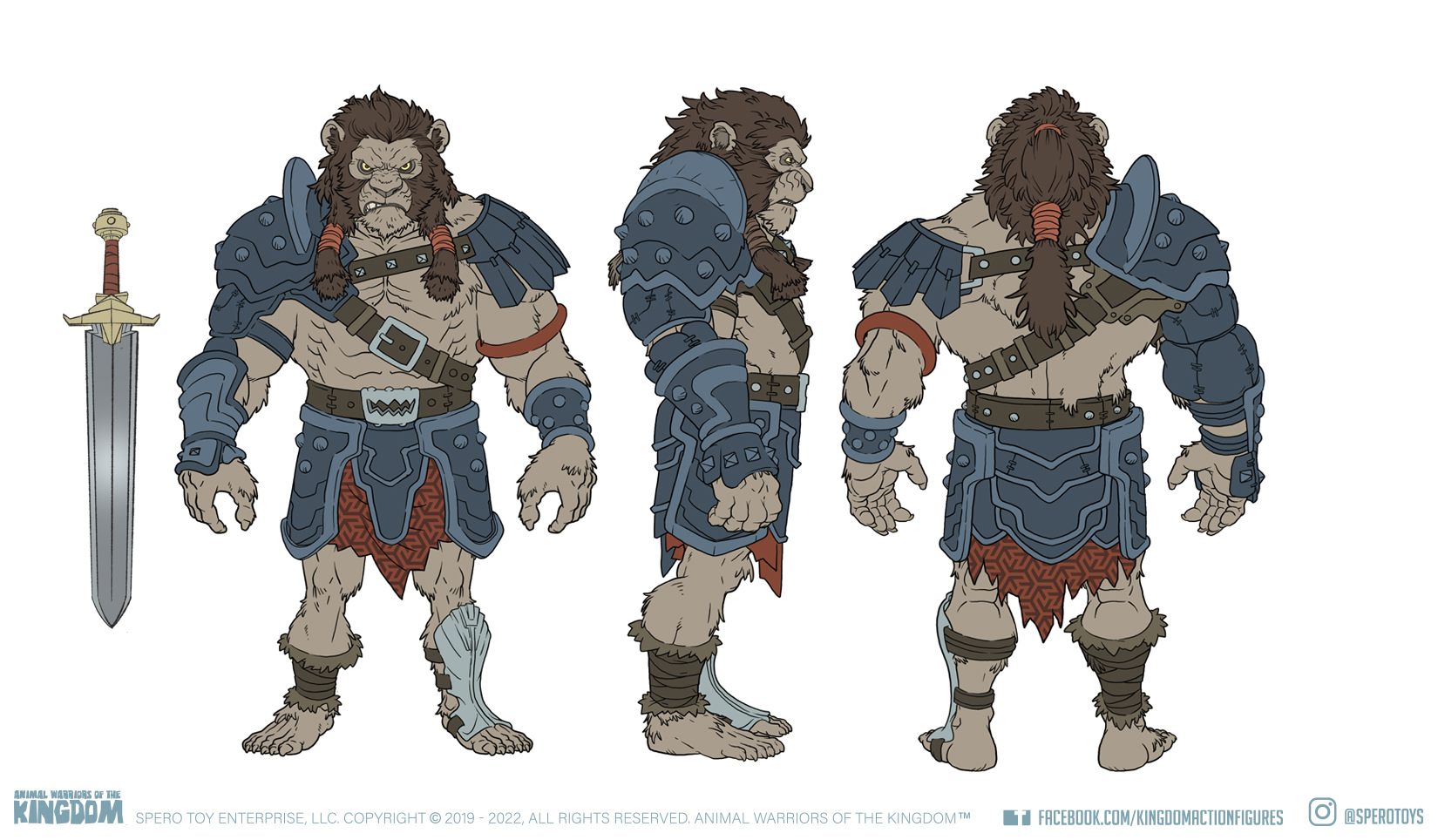 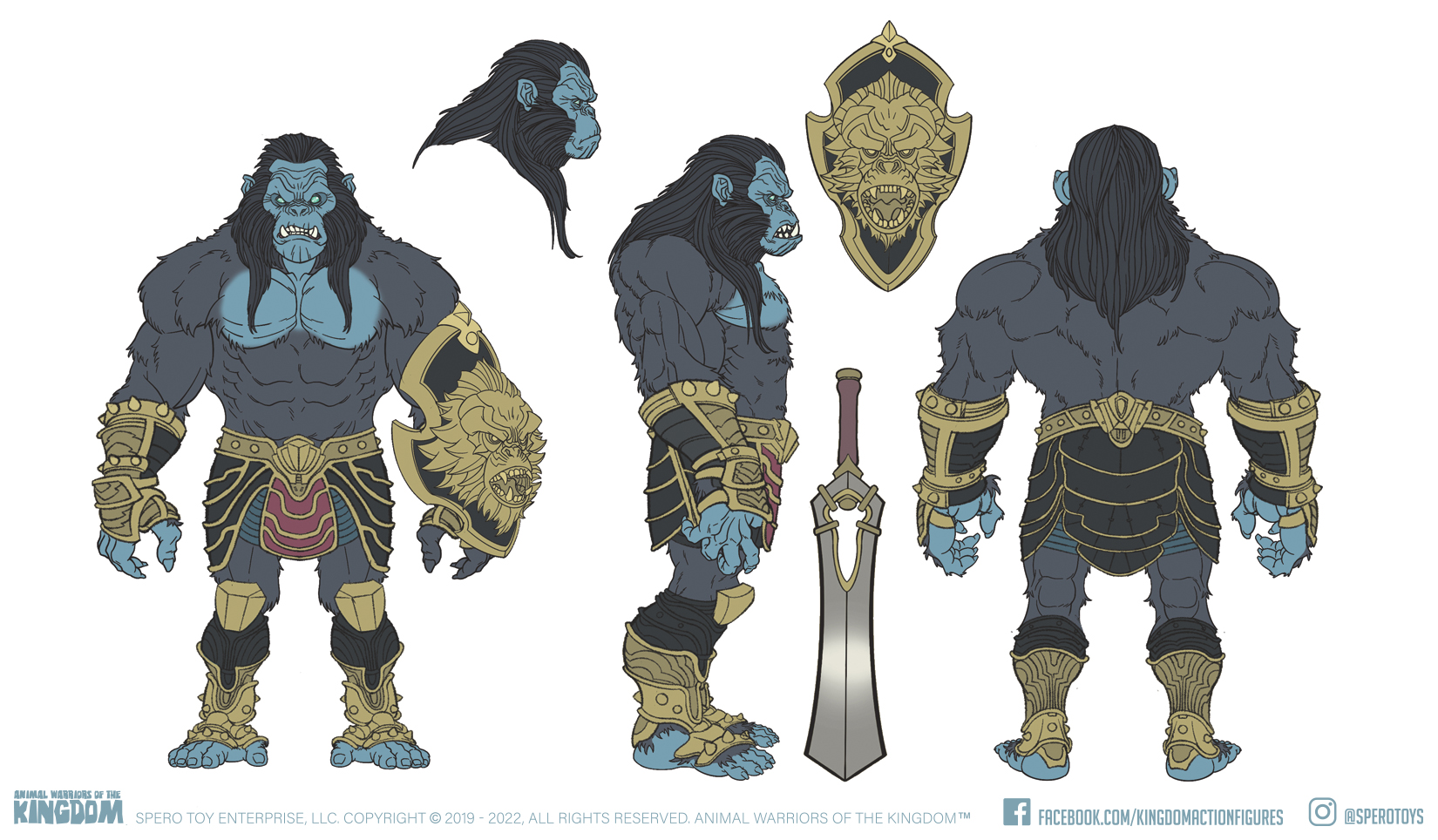 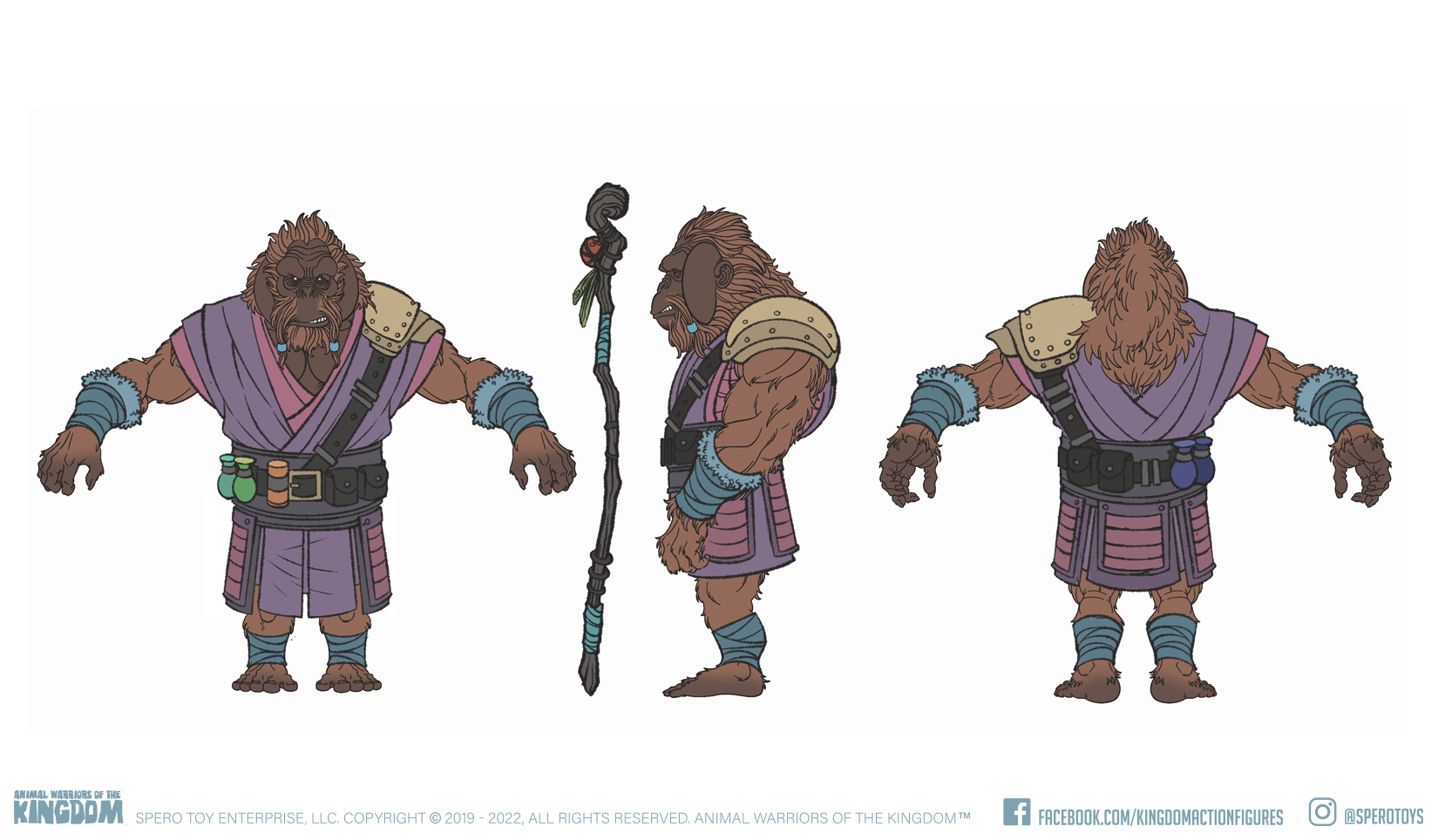 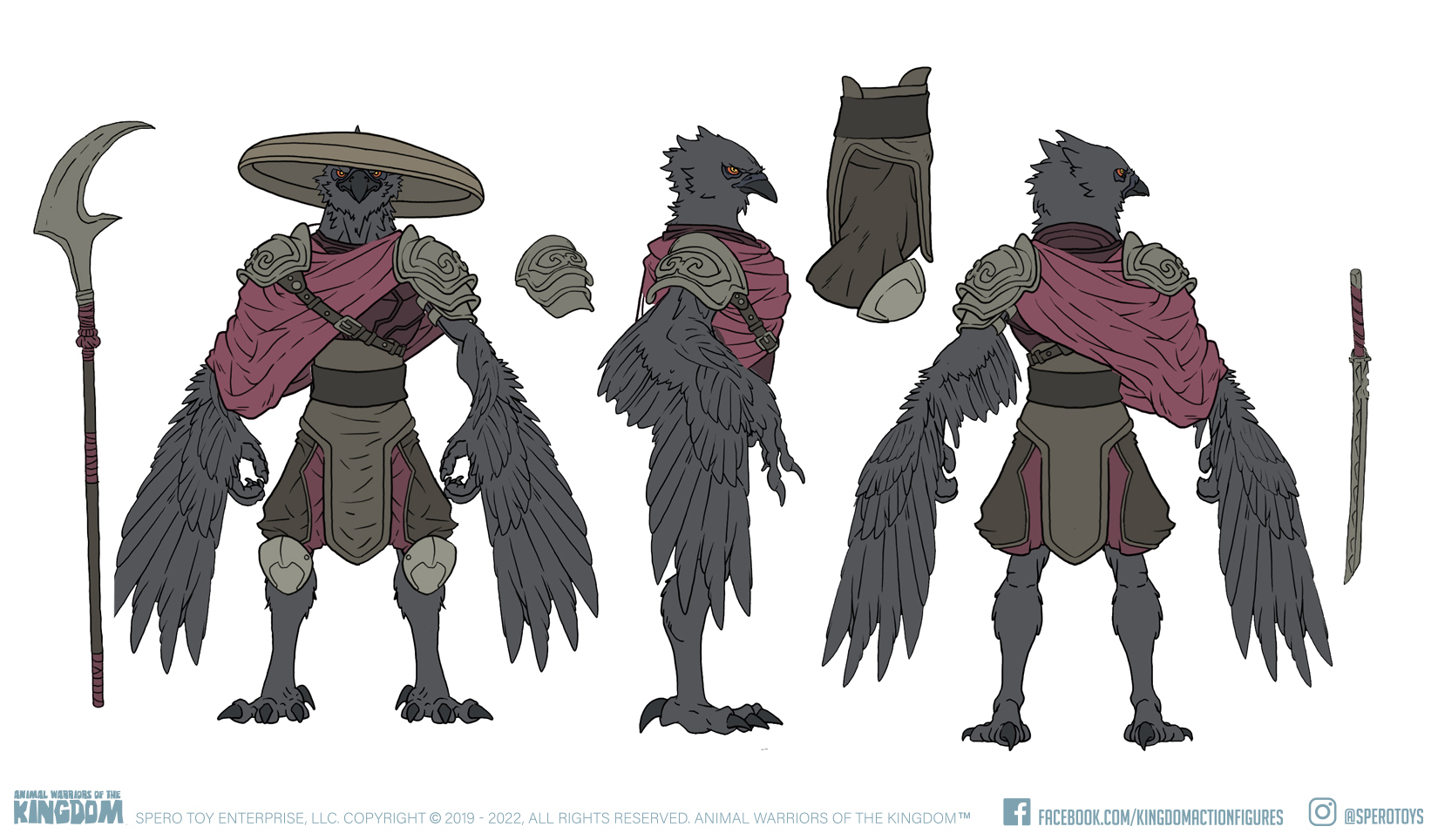 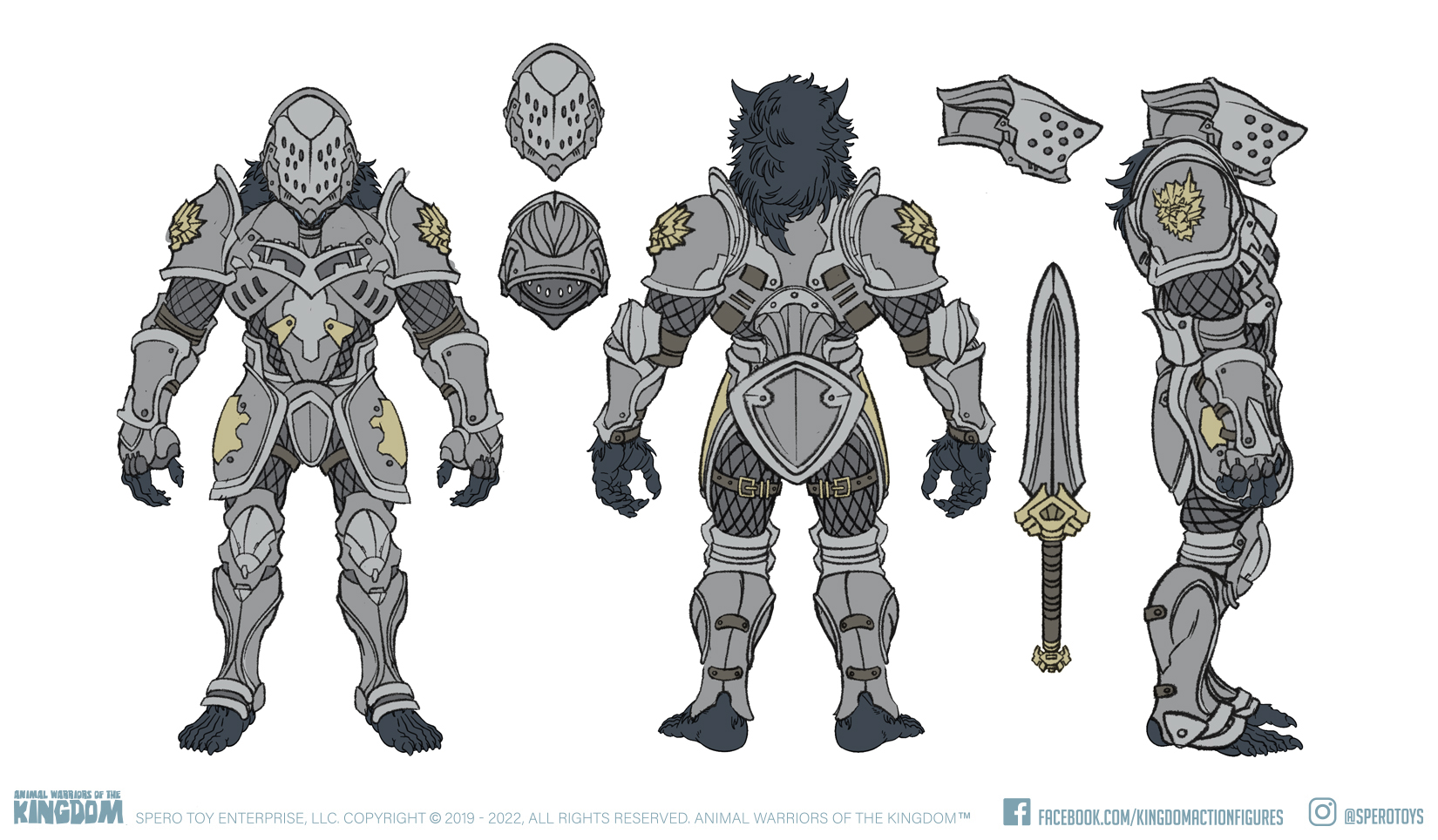 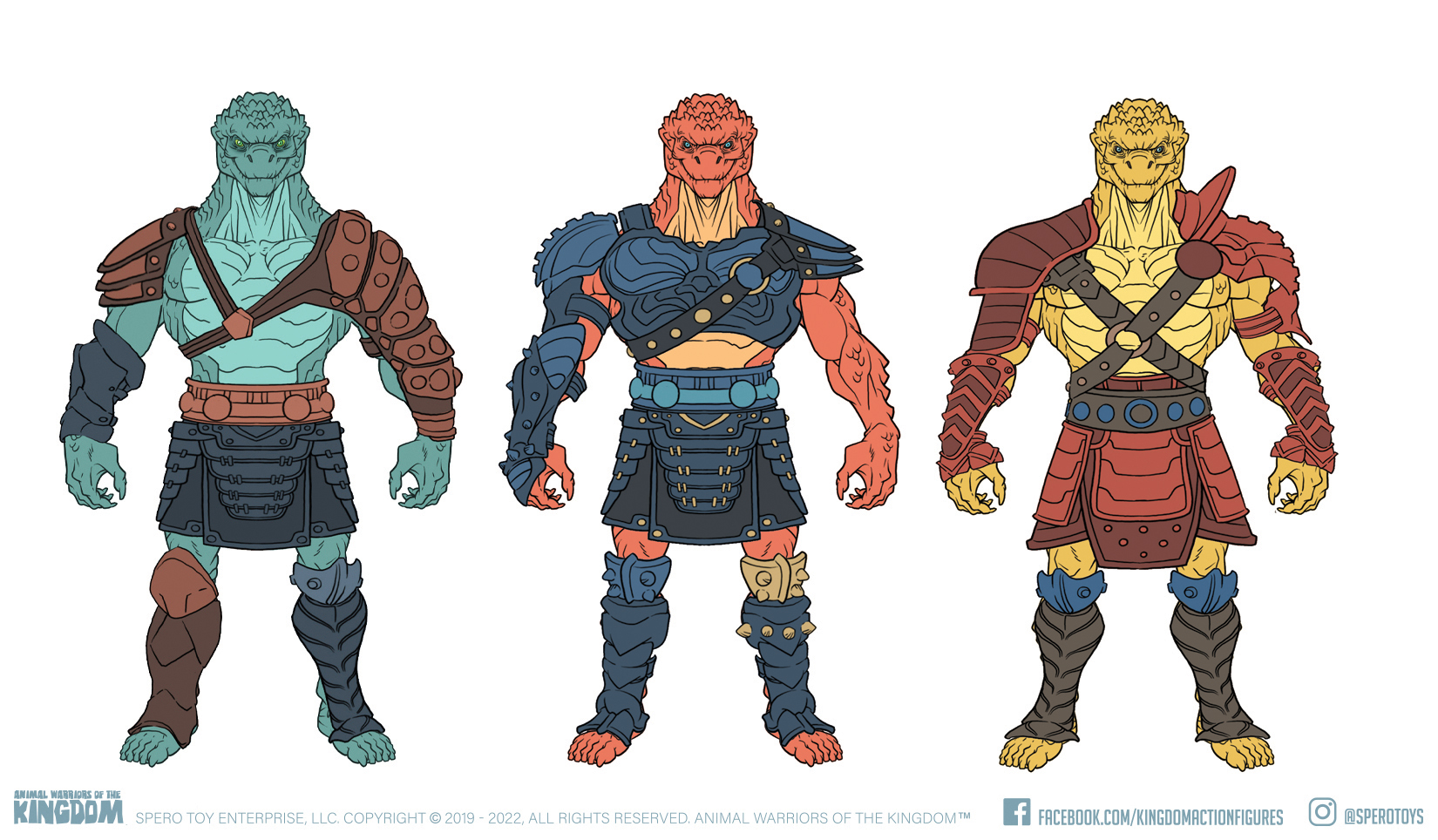 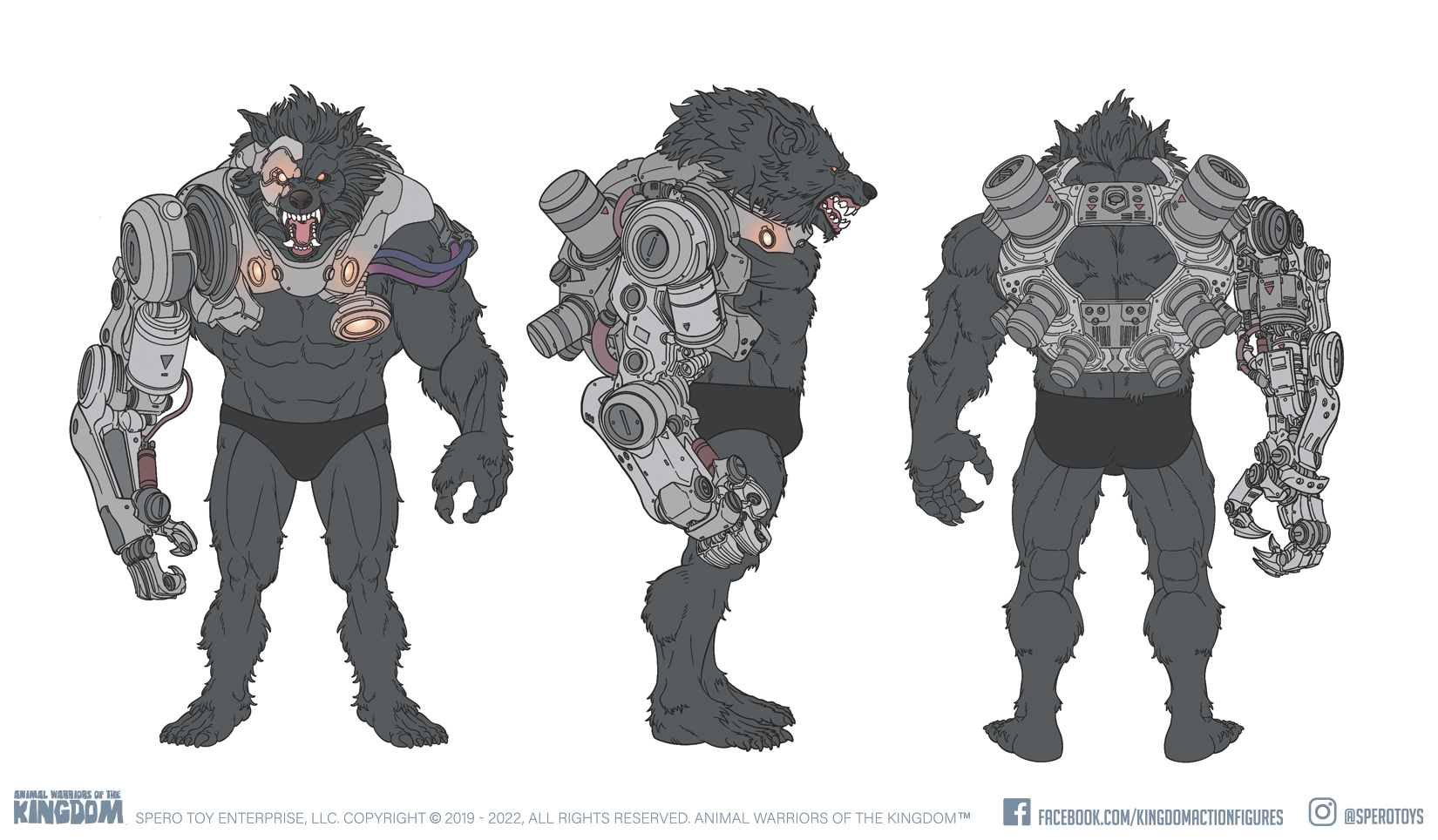 Very nice overall, but I find the asymmetry on King Hannibal and the lizard characters quite distracting. There's certainly a place for it, but on things like shoes it just seems odd. Especially when the colours don't match. And you could say Hannibal is more of a savage king, but Atreiu is dressed so prim and proper by comparison. A bit jarring.
Top

The asymmetry is just way out of control with this line. Once you notice it, it’s impossible not to notice it. And it’s hard to army build asymmetric designs.

I like the wolf knight (hey, symmetry!), Raven, and King Lion. I like the lizard men but I hope there’s a symmetric one.
Top

I personally don't mind asymmetry if the design is still coherent. All personal opinion of course, some may like the looks of the really weird ones more than more coherent designs (like the armoured wolf).

For example the yellow lizard has a coherent design and colour scheme albeit with different shoulder armour. The orange one randomly has a yellow kneepad on one side, which isn't the worst thing. Then the blue one has differently coloured forearm and shin armour, different sets of shin armour, and of course the trademark different armour on both arms. The mismatched colours aren't coherent to me.

The raven has a shawl. Cool. It's a design element that breaks up the overall look but doesn't just come flying out of there with a colour that doesn't match the rest of the look. If it was teal

Lion, no real issues... until you get to the legs. Why does a king have mismatched armour on his legs? Does he like to kick with his left foot? Is it sprained so it's being held together with that shin armour as a splint? Otherwise, while he's clearly more of a savage than his kid with the gladiator-like armour and grumpy face, the mismatched legs just throws the whole thing for a loop. Plus aside from the buckles and rivets, there's no other silver on him save for that one piece of shin armour on his left leg. It's just weird.
Top

Damn shame that the lizards won't have tails.

I had no idea three were in the pipeline, which now means I hafta choose which version I want, as I'm going to try (probably un-successfully) to just pick up one or two new animal types from here on out, otherwise I'll go broke really freaking quick. lol

Also, is there any video from them at Powercon this past weekend? I can't seem to find anything just yet.

edit: Nevermind, I found the video from the "gorilla" joke up above.


The no tails thing bothers me too. I participated in the kickstarter and hope the tail-less felines won't bug me in person. The creator previously said he would make tails on creatures that it was more necessary for, and I would have thought the lizard would qualify.
Top

These characters really pop in person and up close. The weapons they have look fantastic as well.
Top

I'm still very cautiously excited about everything AWOK right now. I still feel like I got burned a bit on the first Kickstarter because those figures turned out to be such floppy messes. But the deluxes were definitely way better and I'm really hoping any fit issues were ironed out. If the quality is good on these, they're going to be pretty incredibly toys.

My son is very excited to have some animal warriors he can play with where the joints don't flop around and the armor pieces don't fall off. He's super into cats and cat-people, so he's basically counting the days until these come out.

The sculpts are all gorgeous. It's easily shaping up to be one of my favorite lines going today.


I've said before, and will again, that I really really really dislike the over-reliance on asymmetry with this line. And the more figures that come, the more annoyingly pronounced it becomes. Especially when it becomes a combination of asymmetrical colors and asymmetrical designs.. things start to look a bit of a mess. And just.. why? I do not understand why asymmetry is so popular with fantasy designs. I don't mind it on the occasional figure, but I personally feel like it should be the exception rather than the rule. Especially when you start talking about asymmetrical armor being designed in a way that doesn't even really make sense.


As for the Lion King.. I mean, I have a lot of thoughts. The first is that he should look more king-y and less barbarian-y. The armor on one leg doesn't necessarily bother me if he ends up coming with the correct accessories. If he comes with a shield, it'll actually make sense. Left leg forward is the leg you have to protect, while your sword arm is the arm you more need to protect (and he does). Purely from a design standpoint, if he's a shield-user, his armor set-up makes some real world sense.
The problem is still a simple one; this would be a much more likely armor load for someone that's not particularly wealthy who's trying to buy the least amount of armor they can get away with while still being protected. So.. protect the sword arm, because it will be out and vulnerable, but don't protect the shield arm because it's behind the shield. Protect the shield leg because it's forward and exposed below the edge of the shield, but don't protect the sword leg because it'll spend most of its time held back out of enemy reach.
Buuut but again.. that only makes sense in the context of a shield wall type fighter, using a shield, who isn't particularly wealthy (but isn't poor either).

Obviously, this is me over-analyzing what is really just a fantasy design someone made up because they thought it looked cool. But ultimately, I'd much rather see the king in heavy armor unless this is supposed to be him -before- he was a king, which might be kind of cool. If you ignore the lore, that's a cool damn figure and it needs a shield, is what I'm saying.


Hulked out Kah-Lee has a shield, sort've.
Fantasy designers: Please. Please. Please stop with clip-on shields. Shields were almost universally not used this way. 99% of shields used in history were held, in addition to or to the exclusion of straps - they were held.

Dig the hell out of the overall design there, though.

The Raven is great. Not sure pauldrons are the best idea on your wings but.. okay, it looks cool. I can't see myself buying big lizard dudes without tails. I'm not sure why that bothers me more than any of the other animals.. but it does.

The wolf is easily my favorite. I REALLY hope they go hard on this and sculpt all the under-carriage stuff as mail, not just weird metal segments like Thor arms. Either way that's going to be one of my favorite figures in whatever year it comes out, I can already tell.
Top


Hot dang, that's a nice lookin cat lady. I'm also digging mohawk monkey lady, she looks like she'd get into all sorts of trouble. The Hyena and Hare are also full of fantastic.

As for the new stuff, I don't mind the King Lion looking full on savage. Even his asymmetric armor...which I do agree is WAY overused in this line, works really well. He's a warrior king, who built his kingdom through battle and war. He never intended to be the leader of a kingdom, it just grew around him through years of conflict and conquest. His son however grew up in a time when the kingdom was already established, times were more peaceful and his experience in battle far more limited. It would only make sense he would gear with finer armor, and carry himself in a more refined manner, he was raised as a prince from birth. But the king, he grew into that role, and has yet to fully shed his savage roots, which is expressed in his armor and demeanor as a whole.

A figure I most certainly will be buying however is that Wolf Knight. And I may even be tempted to but a whole team of them. Vereticus could use an order of wolf knights to follow him into battle.
Top

The asymmetry doesn’t bother me at all.
For me, the armor ends up defining a lot of each character personality

The more asymmetrical and mismatched a character armor is, the more I see them as a no nonsense warrior whose armor was assembled while adventuring with practicality as the only parameter.

The more visually harmonious and ornated an armor is, the more I see the character as a part of some nobility.

And the lack of tail doesn’t bother me as well. I imagine that they could have evolved past the need for it.
In the end, I see it as a aesthetics choice of the designers. If they add it in some future races, I‘ll like it as well.

I’m usually quite picky with my figures. And I’m no completist.
Although some of my parameters end up being kind of objective, my first and foremost criteria is always completely subjective: “Do I really like it?”

In regards to this line, I like practically everything.
Top

I'm sure I won't get any of these due to lack of money and space, but that cyber-wolf is making that a harder decision. I also wasn't expecting that level of personality in the sculpts.
Top

Man, I'm gonna have so goddamned many giant-ass gorillas. They're all gonna look bitchin' with the BossFight Tarzan I just got in.
Top

I’ll be passing on the Savage Lion King myself.

And not because of his silly asymmetrical armor nor because he is too ‘barbarian-y’. Not even because every time I look at him, somewhere in the back of my head booms: “a-wheema-whoppa a-wheema-whoppa…”.

I’ll pass on him because of his Gorilla Arms, especially paired with his stubby little legs. I believe the Thane buck will be used for all the bigger beastie figures.

Check out Thane beside a couple of standard-sized figs: 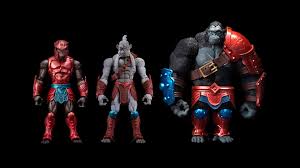 His knuckles reach below his already low to the ground knees. His arms appear to be at least twice as long and twice as thick as his legs. His waist actually sits lower than the standard figs but his oversized torso propels him to stand him a full head+ taller.

Now okay- Gorilla Arms on a gorilla figure- well that does actually make sense. But not so much for me on a Savage Lion King.

Add to this the fact that I pretty much love every one of the teased standard figures- both the figure pics and the illustrations yet to be put into plastic form. I’ll be needing to save my $ on skipping the big beasties so that I can grab many of the other releases.

…however, that bathrobe Orangutan alchemist does look kinda interesting though…

Crap! Might be time to look for a second job.
Top

Quick thing about Thane vs Hannibal, the molds will be different. Jason talked about this at some point and mentioned that he'll be a bit taller among other things. So if that's what you're worried about, shouldn't worry about it.
Top
Post Reply
369 posts