F-TEAM! ASSEMBLE! Doo doo doo dum dum! - Not all toy topics can be assigned a famous block. Talk about the rest of the toy lines here!
Post Reply
310 posts

For the record I was including manga when saying kids like comics. I bought a gift car for a former student to a comic store since she's a talented artist and we discussed our love of X-Men. The girl working the store raved about certain IMAGE titles she would like.

So there's traffic - just not for the corporate stuff and it's about time. Todd stating he's letting the talent paint on a big blank canvas is so damn cool. and he knows he's not a good writer. We're gonna see some damn cool stuff. I hope it does become a thing for 20-30 years, I truly do.

But if nothing else I really believe comics, Insta and action figures are gonna be really fun again for the first time in a while for at least the next 3-5 years.
Top

yeah i also include manga when i say "comics" (i'm also the kinda person who is disappointed by comic shops that don't carry it).

for the person who didn't realize it, manga sales are through the roof and have created shortages

I hear you guys - I know Manga is HUGE in other countries especially. I apologize, I was thinking of the US in this convo, and I dont think the Manga industry is comparable to the American comics industry for a few reasons. From my point of view, Manga has seen some pretty good pushes here in the US, especially in the 90's when they started playing Gundam and other anime on Cartoon Network, and I'm sure that solidified a decent following - but beyond that, I'll admit I'm unfamiliar with the medium, and the article you linked is interesting Ultramane.

Demon Slayer is a shock to me - I saw the new movie and was not impressed at all, and apparently that's the #1 movie in Japan.. Maybe the Manga and series are much better? to each their own I guess!

My opinion still remains that the comic industry is in trouble again though.. which is a bummer to me since that's really my first love with any of this nerdy stuff we're all into! And like I said, I hope Todd's plan helps somehow.
Top

oh, i was talking about the US too. it's huge here. manga in the us easily outsells the "us comic industry." i mean any trip to your local barnes and noble or books a million will make that obvious just from the amount of shelf space each gets.
Top

OK cool, I'll take your word for it.
Top

Thunderbolt Gundam is really cool. I am a huge Transformers fan so picked it up since it's tangentially associated in my mind. I can see why it's huge. Actually there is some Transformers Manga I never got, but maybe one day.

Barnes and Noble has Manga, I don't recall a huge selection at my local shops but there is at least some representation.
Top

Yeah, I just grabbed one myself, It looks like a beautiful action figure with all the gold. Different McFarlane line but I grabbed bloody variant MK Noob Saibot, too.
Top

Looks like tomorrow will be Spawn day for the Summer Showcase. I think it's safe to assume we'll just be seeing that first wave of 3, Clown, and Violator, and where we can get them. Maybe even preorder pages.

Yeah no surprises there. I'm still stoked to hear him talk about it all and learn about PreOrders. We will get to see more shots, be nice to see Medieval Spawn. The Stephen Segovia design is badass and I hope it gets a mainline figure (good odds) but I am sure the Kickstarter will be classic. Maybe we learn tomorrow.
Top 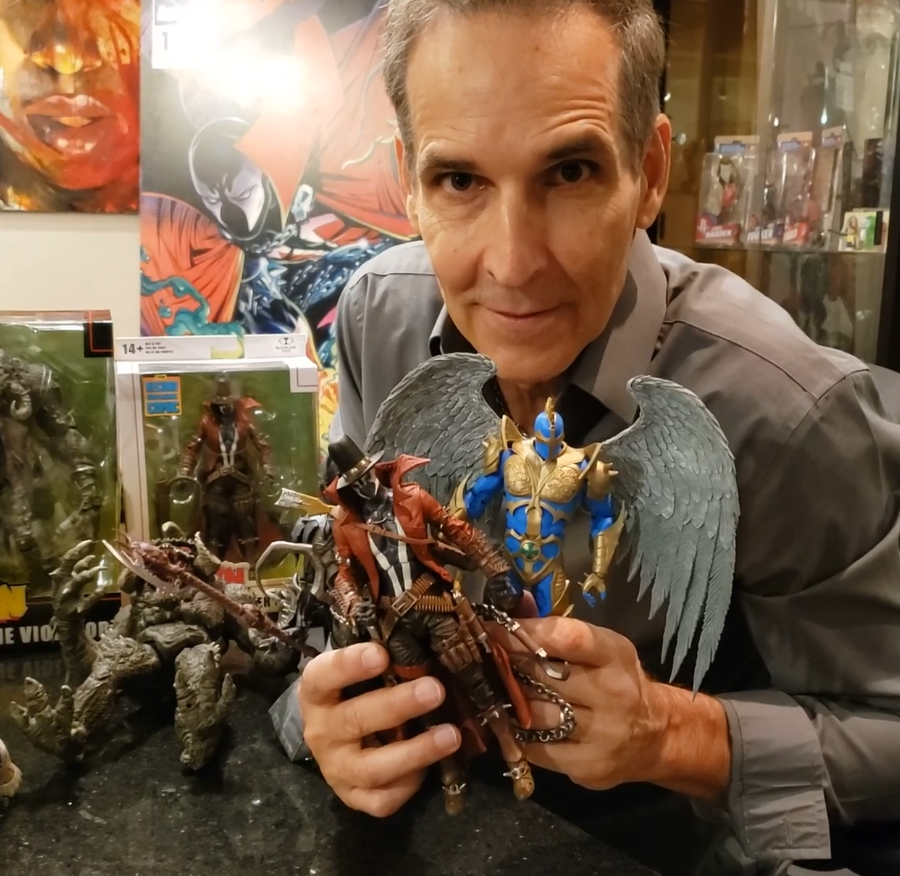 First looks at that initial lineup of figures. Up for preorder next Wednesday, when Spawn's Universe #1 comes out.

There will be a variant Redeemer with different coloured wings and a staff.

Clown has an unfortunately large notch on his back to peg his big guns into.

Already 3 more characters from the cover of Spawn's Universe being worked on.
"Before any of you ask, question is yes, whatever character you didn't see, will they be coming? There's already 3 more that I haven't shown you yet, we'll be doing that in the future of some of the other major characters that are on this cover here... So yes, all those characters that are in this book, eventually we'll make them in plastic and you'll be able to begin your own Spawn Universe." 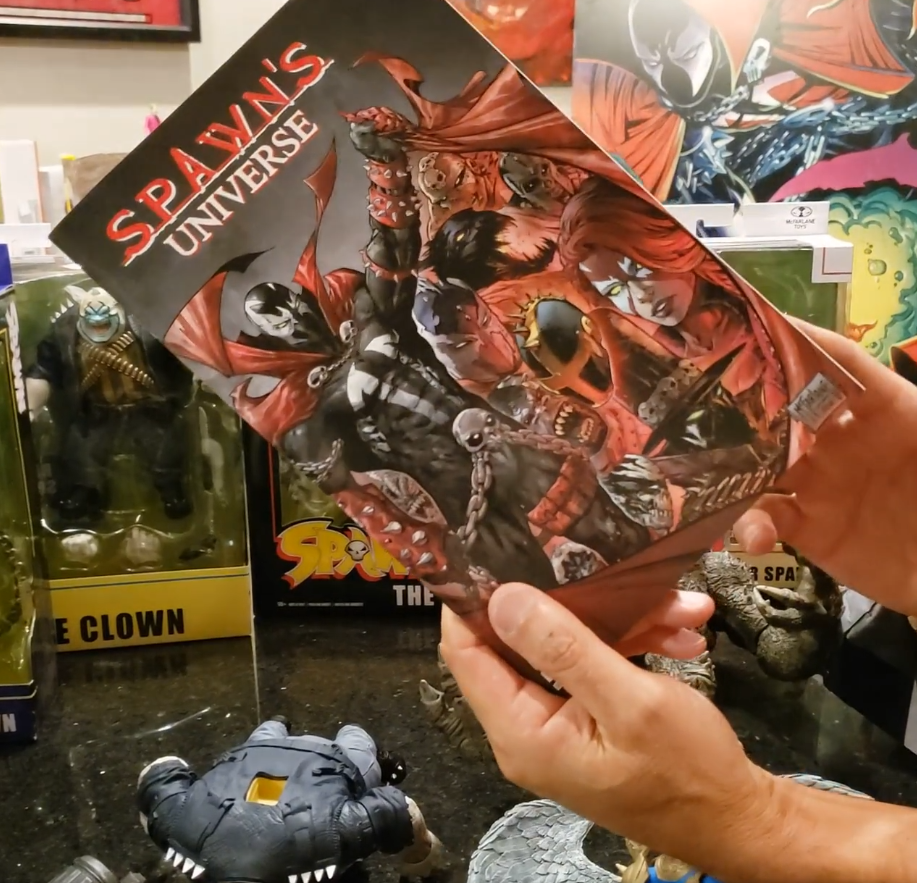 Most I've been stoked for comics figures since the Juggernaut X-Men wave 5 years ago, but probably even more so! Genius move doing it on the day "Spawn's Universe" #1 hits too. Raven Spawn might be my favorite actually, very underrated by myself.

Clown needs a port though, I think he looks cool as hell, has me even more excited for the Mega Orks coming over in Warhammer!

We have seen Cy-Gor and Todd mentioned She Spawn and Medieval Spawn in an interview I watched so I assume those are the other 3. I really want Monolith however. I wonder where his baby Spawn lies on that list - not everyone got the KickStarter and there has been a true comic Spawn with his more well known look on shelves in forever. (Mortal Kombat isn't comic)
Top

Any official word on how Gunslinger is being released? After he wasn't in Previews there was speculation that he's an exclusive.
Top

Nothing yet. We'll just have to wait until Wednesday, perhaps.
There doesn't appear to be any special marks on the packaging. 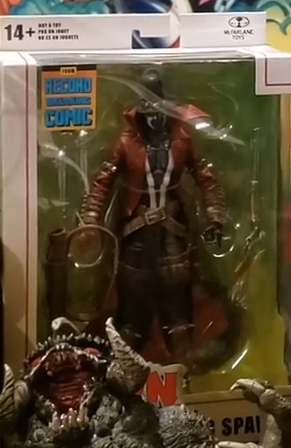