F-TEAM! ASSEMBLE! Doo doo doo dum dum! - Not all toy topics can be assigned a famous block. Talk about the rest of the toy lines here!
Post Reply
5654 posts

Let me tell you a tale of NECA bootlegs

So I wanted to shore up my NECA Jason collection earlier this year and I had to get three in particular. Roy, Part 6 and 12. I go on ebay and I get two that are almost definitely bootlegs, and the other I get from BBTS.

Roy and 6 came from Chinese sellers in such a fashion that I'd be shocked if they're legit. 6 was a mess nightmare where the sheath for the machete refuses to hold onto it and the figure was popped in half in the box at the waist. I managed to work around it though and while he's a bit wibbly, he does fine on display


Part 12 who is absolutely legit has *two left biceps*

Not two left arms- biceps. I was messing with him, and I realized his right arm didn't articulate worth shit. It'd go maybe a few degrees at best but otherwise it was stuck straight. I kept looking at it and looking at it, because of the design its hard to notice since he's wearing a heavy coat, and I realized that the upper right arm is actually completely turned around because its actually a left arm. So he can't move his elbow hardly at all

Found the Nightmare Demon at Walmart last night. There were 2 on the shelf.

The wolf soldiers from American Werewolf in London, I'm assuming.

Oh no way, got any pics yet?
Top

Best Bruce Campbell likeness yet. Still no interest in an ED1 Ash, but those headsculpts make me want to get it anyway.
Top

How are these Jason masks that are popping up in stores now? Thinking about getting one. Would be swell if NES was available.
Top

Colors on the werewolf s face are vastly improved. 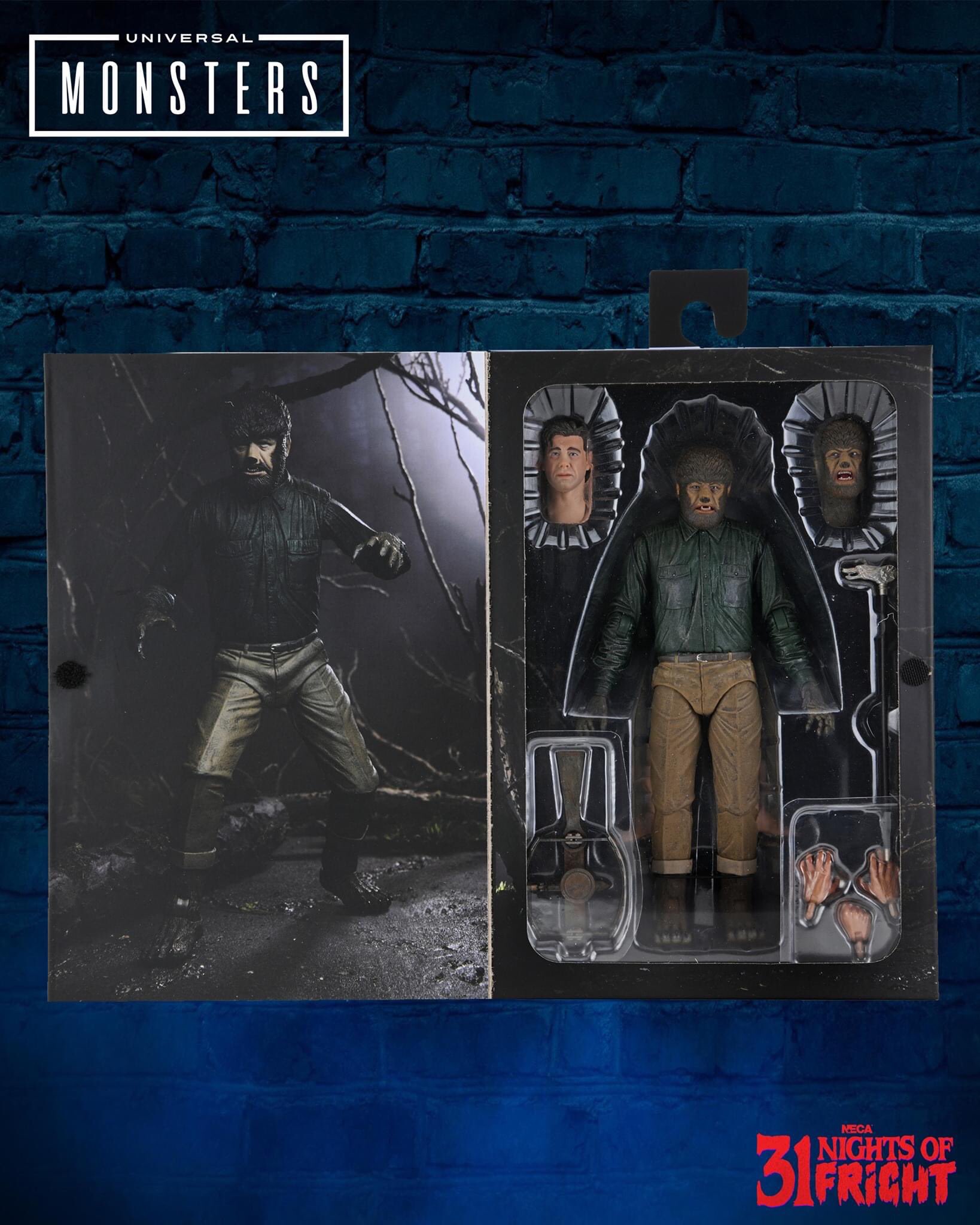 Ooooooh yeah, Wolfman is looking a lot nicer. Looks like the mustache isn't there anymore and they made the face darker. I'm so excited for this figure to release, I just can't wait to add to the growing Universal Monsters collection.
Top

I would agree the face of the figure looks a lot better than the pic. Re-excited for this one now!
Top

Can’t be positive from the pic, but while there’s swappable heads, and hands, there seem to be only one set of (feral) feet. Otherwise good looking figure.
Top

DetectiveHoag wrote: ↑
Tue Oct 19, 2021 3:02 am
Can’t be positive from the pic, but while there’s swappable heads, and hands, there seem to be only one set of (feral) feet. Otherwise good looking figure.

The human feet are behind him. He's been shown with human feets before anyway.
Top
Post Reply
5654 posts