F-TEAM! ASSEMBLE! Doo doo doo dum dum! - Not all toy topics can be assigned a famous block. Talk about the rest of the toy lines here!
Post Reply
5555 posts 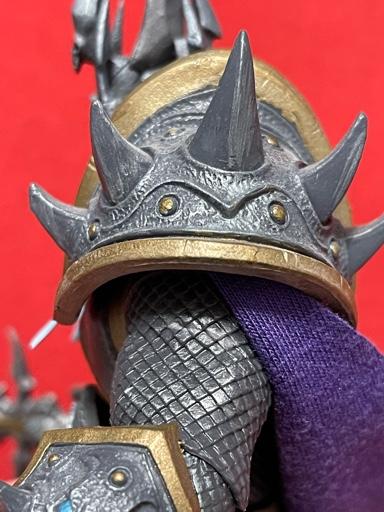 Sorry for the triple post, but I was just noticing how very similar Arthas’s scale mail is to the scaling pattern NECA hinted at today. I would guess that Warduke and StrongHeart are a very good guess!

PantherCult wrote: ↑
Mon Sep 20, 2021 11:16 pm
OMG... I want a 7" Advanced D&D figure line reproducing the toys from the 80's so bad. I will be all in on these. I would guess Warduke will be one of the first offered. I wonder if they will come in packaging that calls back to the LJN toys similar to what they did with the ComicCon Flash Gordon figs?

I don't think NECA could have teased anything I would be more excited for than this.

AGREED!!! All other lines lose priority to a NECA D&D line of LJN 7” figures or 7” D&D animated figures. 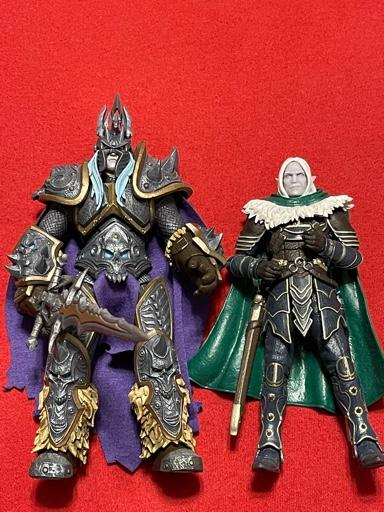 I think I am more excited by a NECA/WizKids line than I would have been for a Hasbro D&D line! Yep……I’m certain now, I want these to be in the 6”-7” scale! 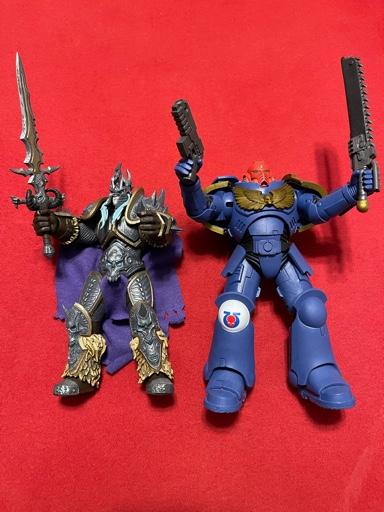 Ok one more picture. Yep I definitely want D&D in this scale. These are going to be epic. I think even Dwarves, Halflings and Gnomes will be incredible in this scale.

I have no connection with Heroes of the Storm, but I absolutely loved that line. Really wish it could've held out long enough to get us the Diablo they had planned. But this line, if it comes to be, will fill that same kinda role in my collection.

Yeah... I am only interested in 7" scale figures and would love for them to do as many of the vintage figures as they can. Warduke and Strongheart are the obvious no brainers and will almost certainly be the first to be released. But there are a lot of great character designs in LJN's vintage line.

Elkhorn would be fantastic 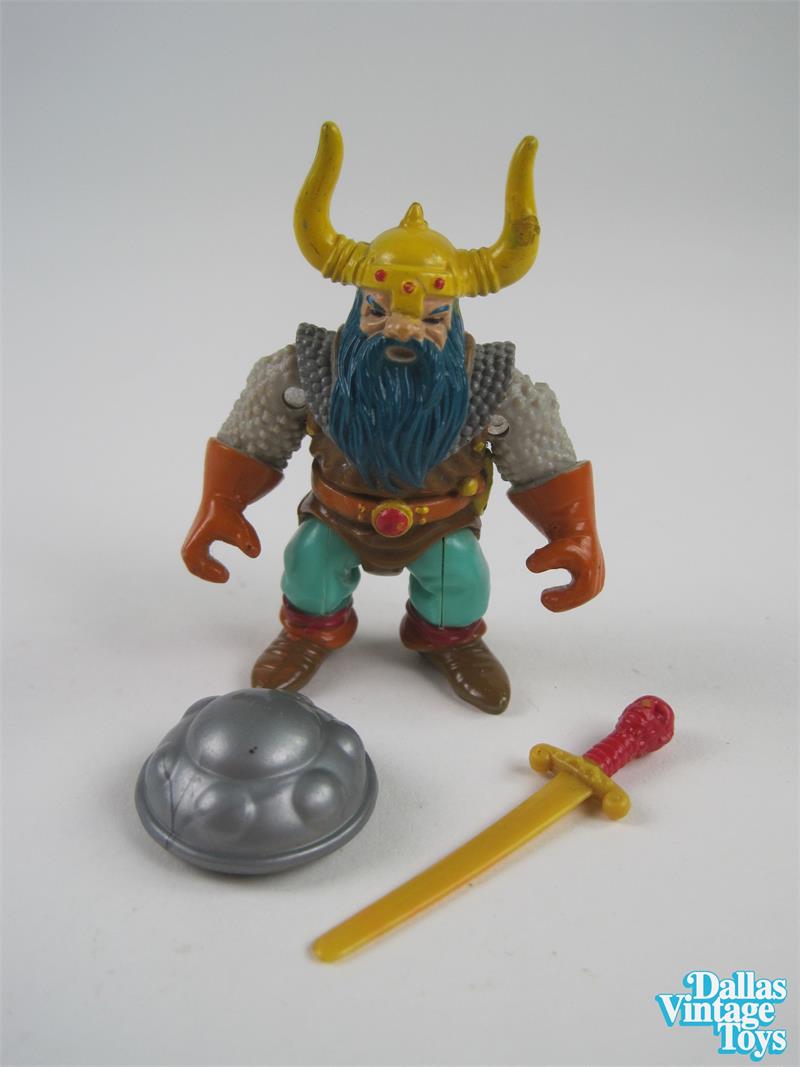 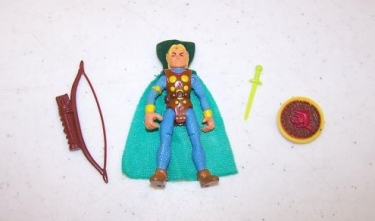 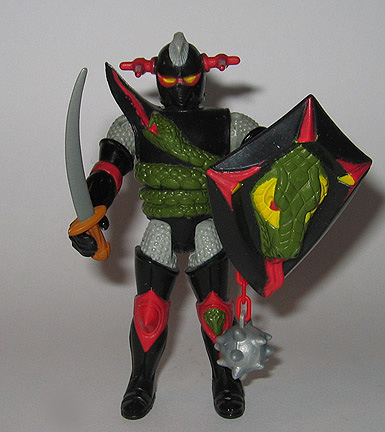 Or the ominous evl of Drex

I'd take them all and more.... Mettaflame, Hawkler, Ogre King, North Lord, ..

Stand down Warduke and Grimsword - or be defeated at the hands of Melf !!!
Top

I love the great LJN AD&D action figure line, but let’s not forget the Animated Series or the great artwork of Larry Elmore and countless others (The covers of those Choose Your Own Adventures books too)! Also let’s not forget all the great characters from the art in the many player manuals and from all the great miniatures throughout the years. So many characters to choose from and movies and new movies. I really hope Dragon Lance sees some love here too.
Top

Well, I think we probably need to temper expectations here a bit for how expansive NECA plans to get. Assuming that the image is teasing Warduke and Strongheart - my guess would be that if they do continue producing figures they are most likely to stick to the LJN line.

The cartoon figures might actually require an additional license as I believe Disney is the license holder for the animated show. Not that I don't want figures of those characters - but given the existing relationship between Super7 and Disney and Super7's affinity for figure lines from 80's animated properties I think they would be more likely to produce figures based on the cartoon.

That isn't to say that figures from AD&D guidebooks and manuals aren't possible - but I think NECA may not want to get too obscure in its character selection. NECA has shown with it's Alien line they love those vintage toy figures, and given the nod they did with the Flash Gordon and Ming figures to the old toy line from 1979 - I wouldn't be surprised if that's the approach they take with this property - especially to start.

Regardless I'm stoked and very eager for the full, formal announcement.
Top 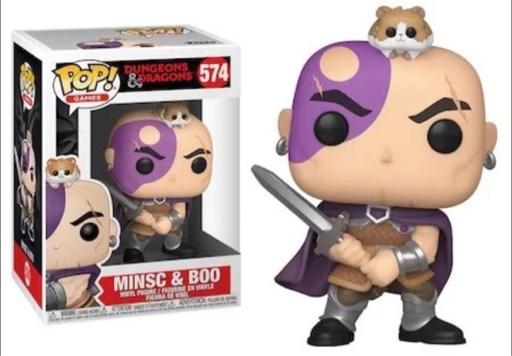 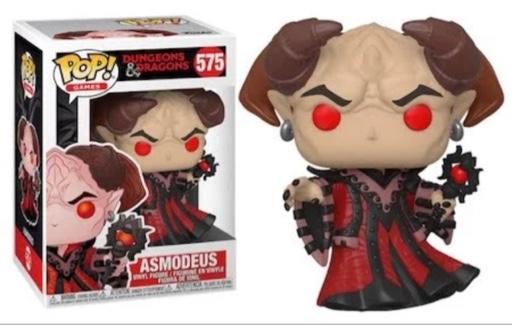 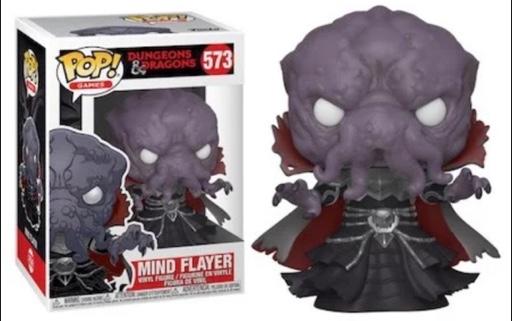 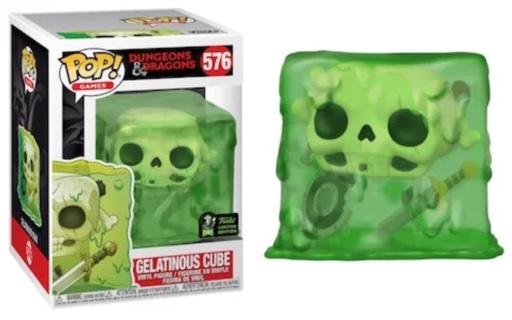 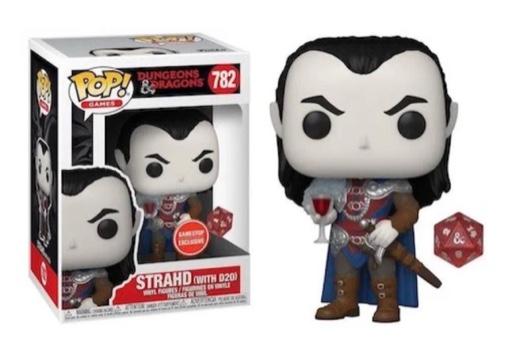 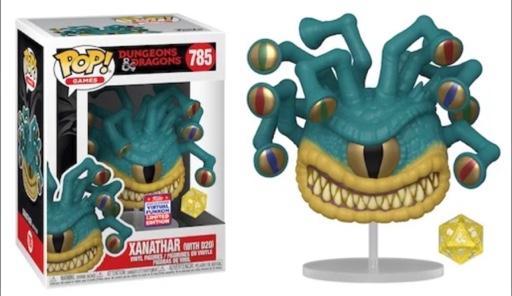 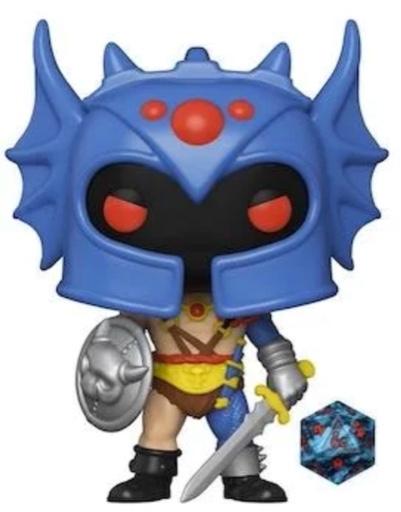 I expect we will probably see some of these in there as well. I’m sure character recognition will go a long way in determining which characters get figures. I really don’t expect anything from that movie back in 2001 and Dragon Lance I think is still in licensing dispute. The animated series would be a great Super7 Ultimates candidate. I keep my expectations low but I know I’m not alone in my desire for great D&D figures. Boss Fight’s HACKS, Mythic Legions, The Witcher and DSTs Lord of the Rings are all nice Fantasy Action Figures but Dungeons & Dragons is truly unique in it’s look and this line really needs to set itself apart. Wow! I’m just realizing what is this going to mean for Magic fans too!

A Mind Flayer would be amazing.

I'm not thinking (yet, anyways) that this deal with Hasbro allows them to make everything D&D. Assuming this really is Warduke and Strongheart, I'd sooner assume that they have access just to the LJN characters. That's kind of how NECA often works it seems, with their own little slice of a particular pie (in this case LJN D&D). But no telling how far they could eventually go, like how what they could do with TMNT was originally really small, then slowly got access to more and more. Whatever the case, we'll probably hear about it soon. Or how they were doing Defenders of the Earth, then they started talking about doing other public domain heroes, like Tarzan and Zorro.

But yes, a mind flayer would be amazing. But so would a lot of those previously mentioned LJN characters.

Super excited to see these, I hope they keep up the double elbows and what not, maybe even work on getting additional range in the shoulders for holding a sword two-handed. They seem to be leaning back to single joints in some cases (like the new Casey, Black Noir and A-Train with the single joints, etc), but I hope these get the double joint treatment.
Top

Even if this is just LJN figures they will be awesome to have.
I never played with them as a kid but always wanted them as an adult,especially Mercion.

The card art is beautiful and I hope NECA makes use of it on the new packaging.

They really hit another grand slam if this pans out. 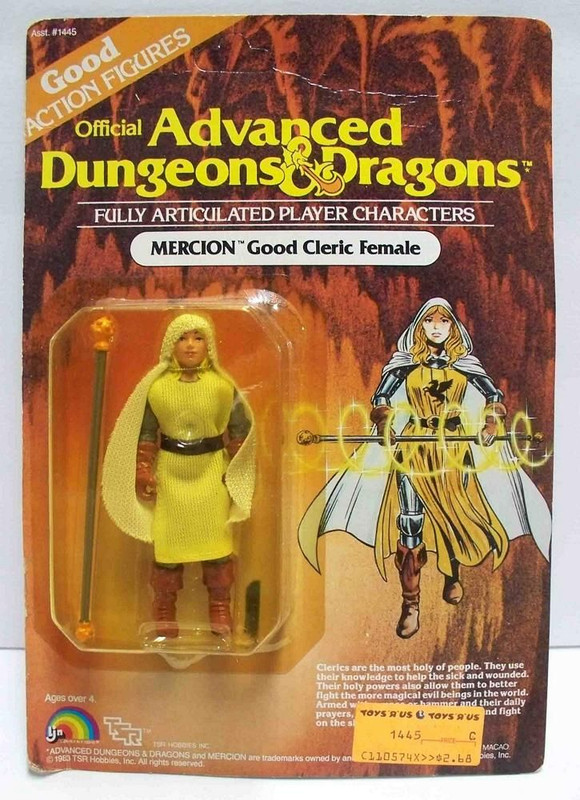 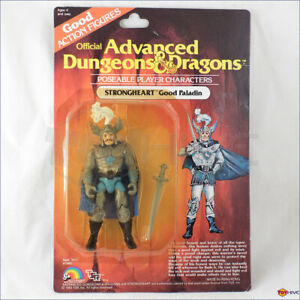 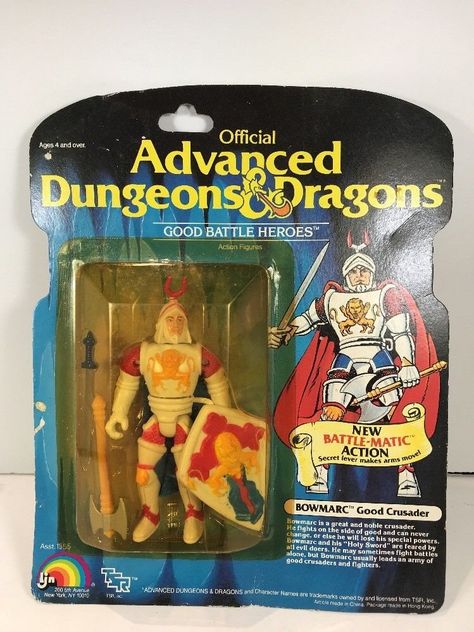 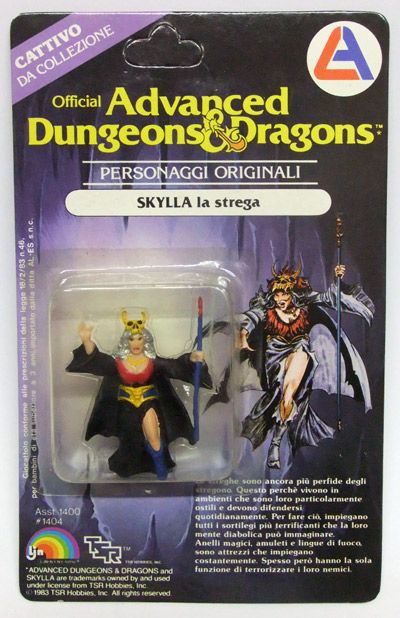 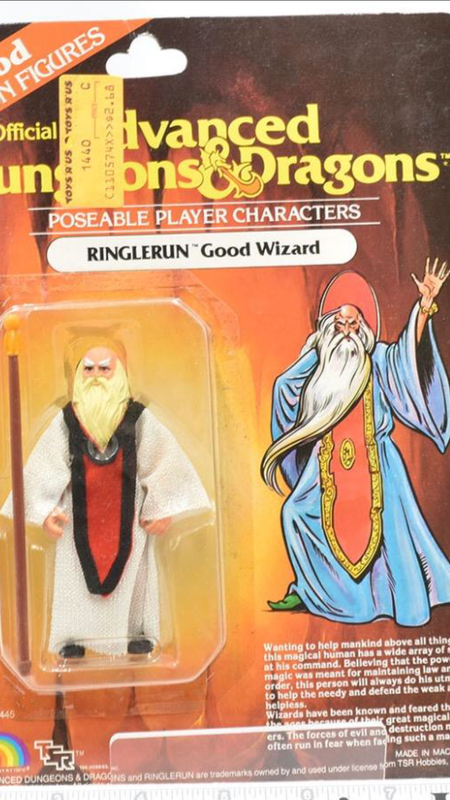 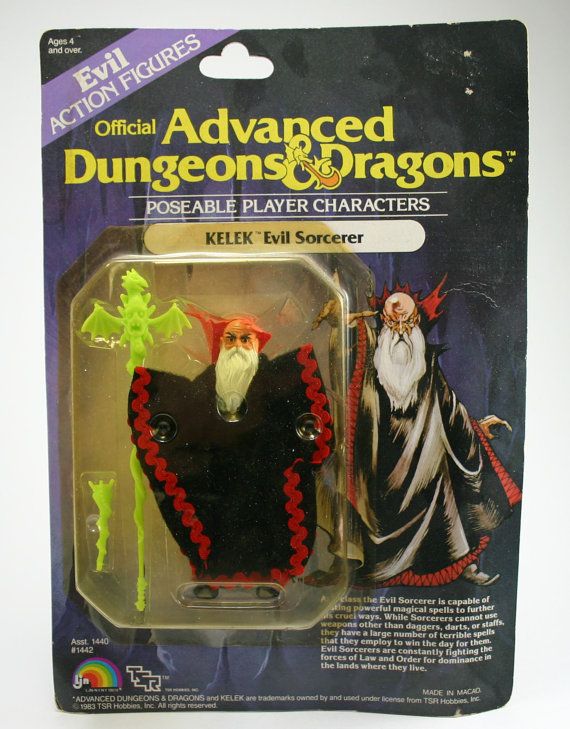 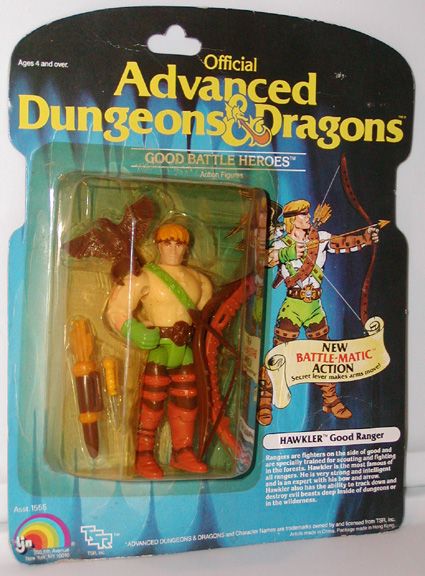 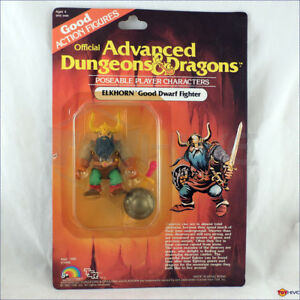 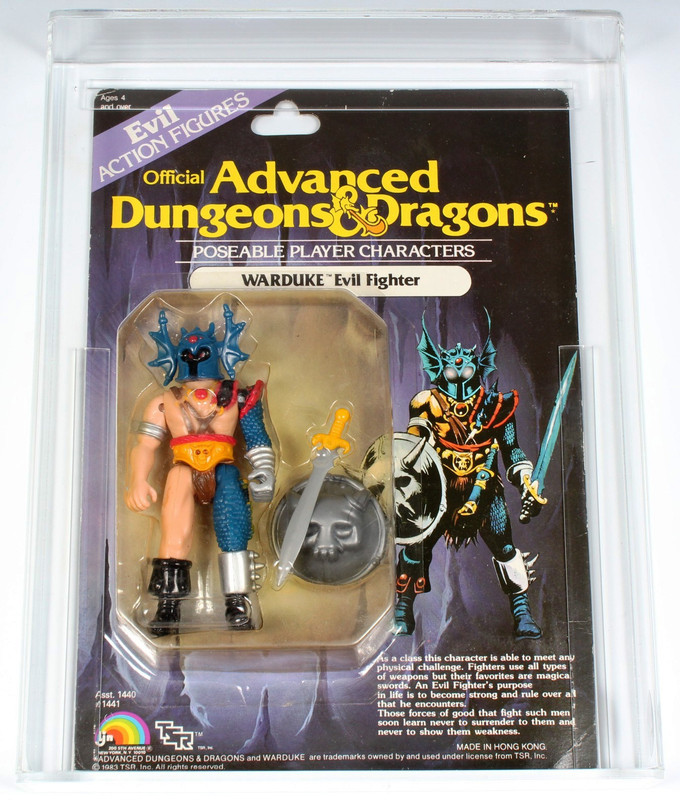 I had three of these when I was a kid - Warduke, Elkhorn and Melf. I lived in a town where the stores we had really only carried Star Wars, Masters of the Universe, GI Joe and Transformers. I found my AD&D figures on a trip to the Kay Bee toys in the mall in the “big city”. Lol Somewhere since then all three of these were apparently stolen from my action figure collection because I kept really good accountability of all my Star Wars, Masters of the Universe and GI Joe collections. I wanted to add these back many times since EBay came into existence but haven’t because many of these are rare and I am funny about buying loose figures but I just couldn’t rip one of those originals off those beautiful cards! I hope the NECA figures improve on the original figures and use some of that art. I also would not mind if someone duplicated in exacting detail those retro figures of the 80s LJN line.
Top

I only had a Warduke that I got from a garage sale in the early 90s. The LJN line is something I've always meant to get into, those designs are phenomenal. Every time I get a payout from a freelance gig I'm always tempted to blow it on a Fortress of Fangs. (Seriously underrated playset.)

I guess I'm going to have to update my priority figure list, because these are a must-have for me.
Top