F-TEAM! ASSEMBLE! Doo doo doo dum dum! - Not all toy topics can be assigned a famous block. Talk about the rest of the toy lines here!
Post Reply
1636 posts

Is there a top 10 mythic legions list that’s fairly definitive? Curious as to see a few different lists. If anyone here is a ML collector and YouTube content creators feel free to steal this idea for a series of videos I’d love to watch!

Top 10:
Best overall figures
Most expensive/valuable
Most useful for display with other action figure lines / versatile
Most customizable / parts swaps to new figures

Any one here that wants to give their too 10 or even top 5 or whatever, for any of those categories, would be interested in seeing.
Top

Top ten. I'll give it a shot. It's difficult to quantify, so I'll base it on uniqueness and cool factor (my opinion). I'll try not to include too many similar characters, otherwise it may get one sided to a favorite faction. I'm also limiting it to currently released figures. Anything still not delivered does not count. Nor do the birds released under the Gothitropolis banner (though you could easily include them). I'll try to include some logic to my choice.

Gorgo Aetherblade (Every line needs a main villian, and he fits the role well, I love the antlers)
Brombdenn Iron Jaw (Best Dwarf, loaded with accessories and you can get several unique looks from him)
Argemedes ( a cool figure, and easily my favorite of the Ogre bodies)
Torrion (favorite of the animal characters - not including birds)
Brother Mandibulus (favorite Skeleton, easy choice)
Colonol Domesticus (One of the best birds, plus the irony of a warrior chicken)
Sir Owain (Favorite Knight, and classic looking)
Snag (fits the archetype of a goblin well, and is unique among them. King No'glin was a close contender)
Balius (awesome horse and can work with anything)
Brontus (Unique among the troll bodied figures - it was close, Forrest Troll is a favorite)

Notes: I really waned to add Bubotros, Rahmulus, Carpathias, and Attlus the Conqueror, but there was no room, any of those four could replace the bottom four. I tried to add an Orc, but I didn't find them unique looking enough. I don't have Magnus in hand yet, and suspect he would be a contender. Some may be surprised that I chose Torrion over Asterrion, but I think he looks better, is more fun, and the metallic blue pops. Also, I'm not a huge fan of the 2.0 body. It looks good, but doesn't articulate as well, and isn't as fun.

Pictures in the Frat: 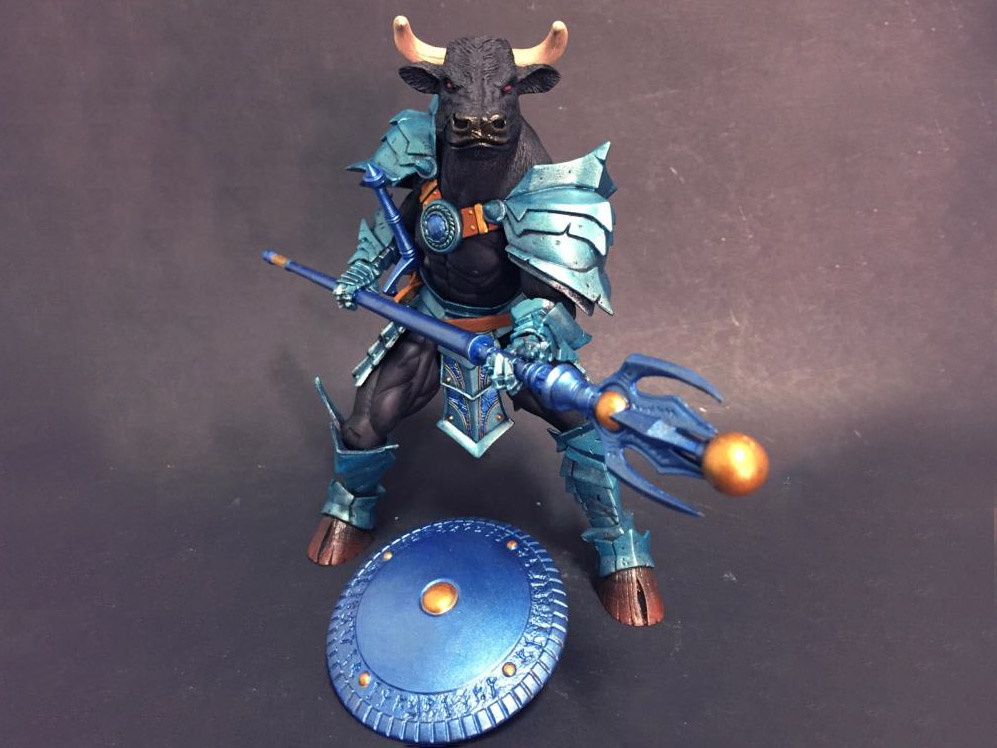 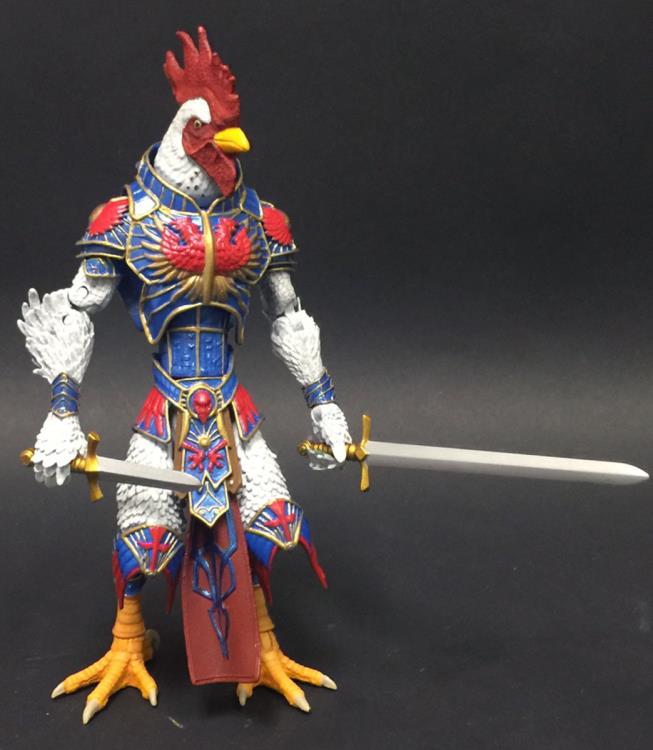 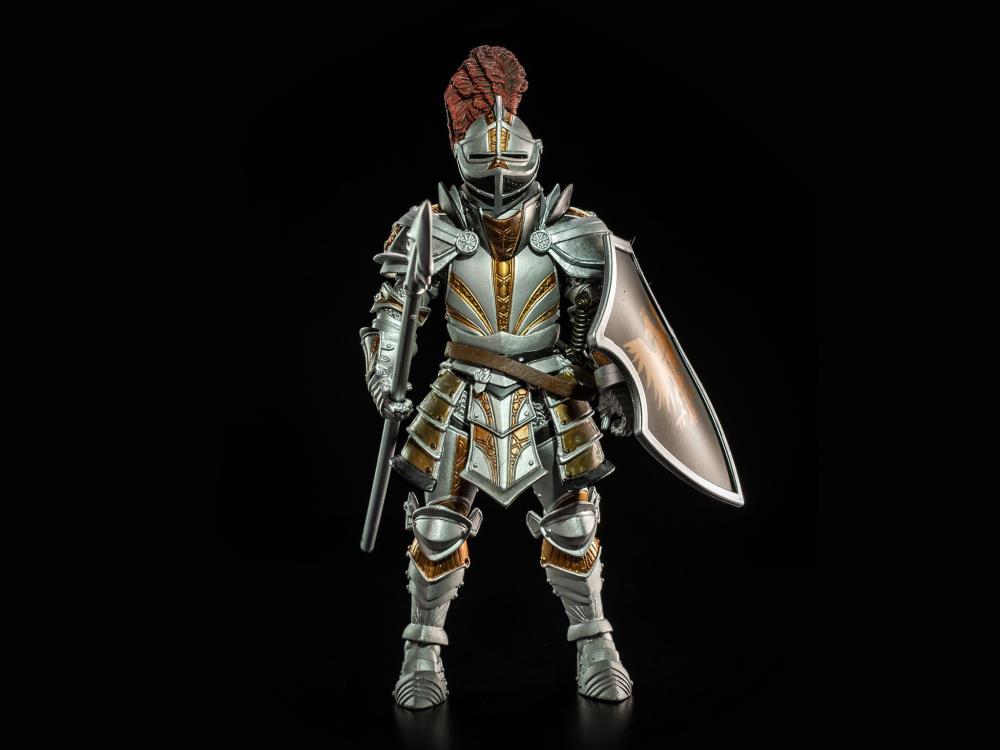 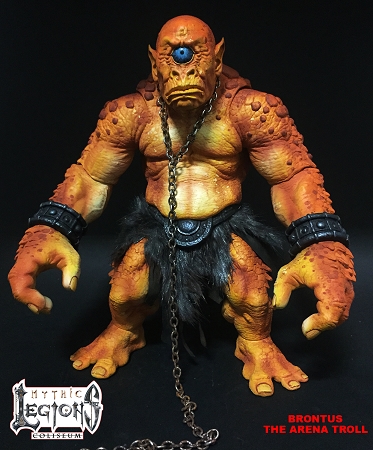 My personal "Top 10" probably isn't the most diverse assortment, so I'll try for my faves from each archetype or creature subset represented in the line. I've excluded trolls and mounts since I haven't purchased any.

...And best Ogre-scale figure: Ogre Legion Builder (deco might be rather flat, but I love his helm, and he includes ALL the weapons designed for that scale)
Top 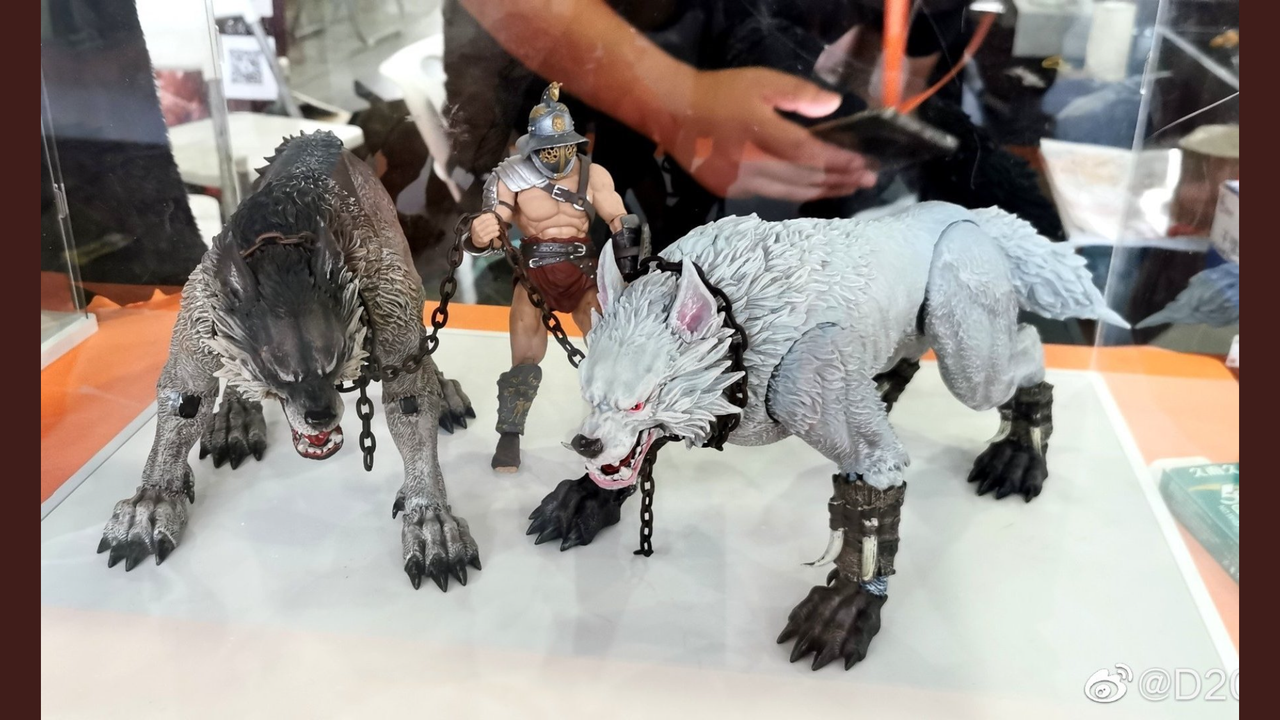 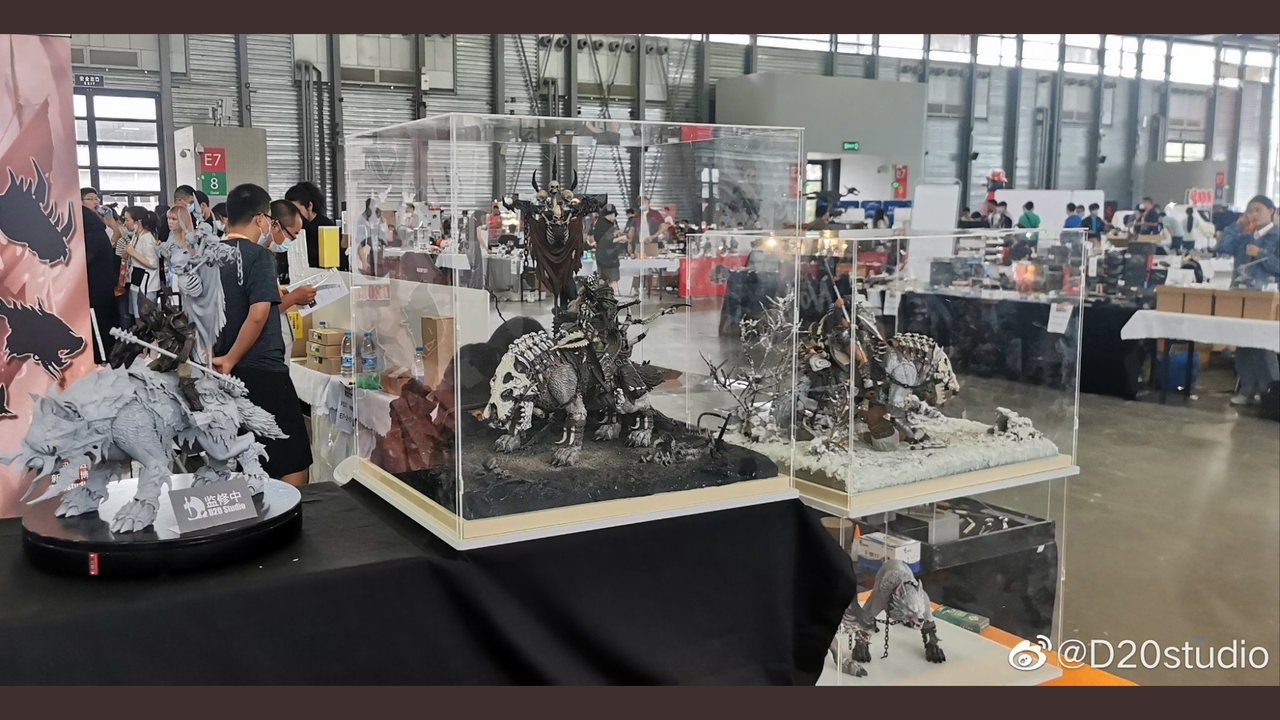 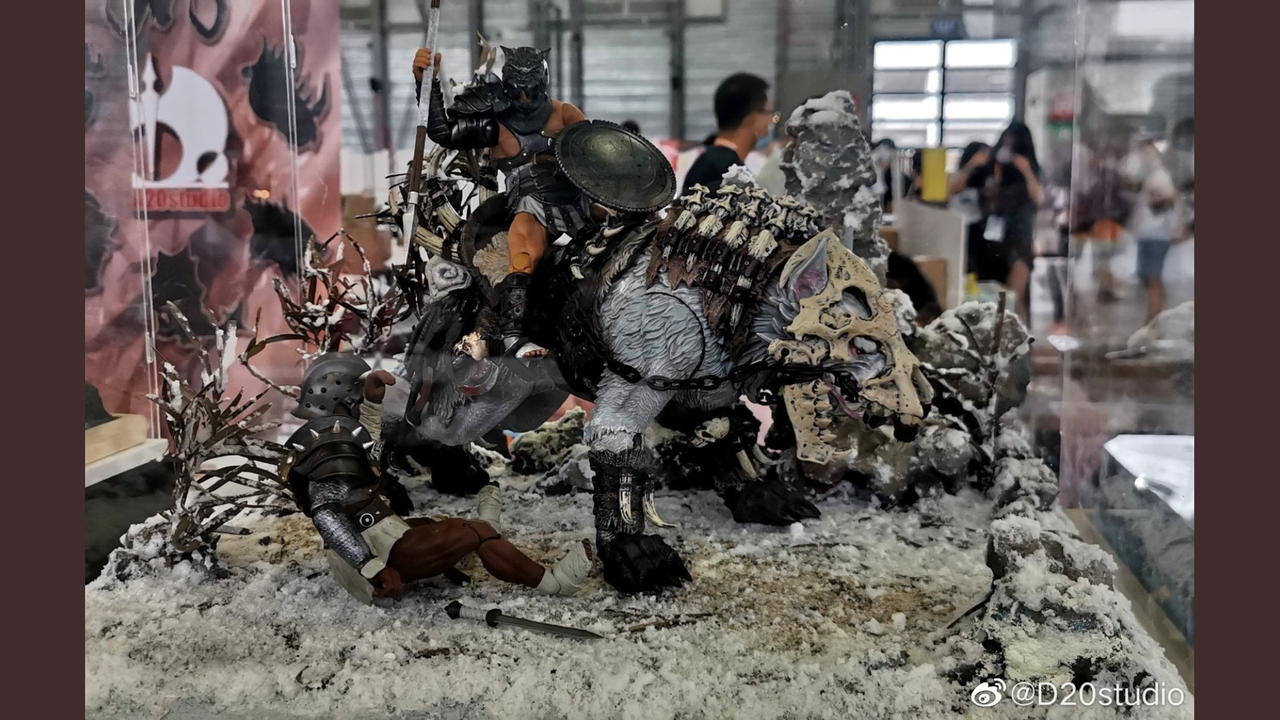 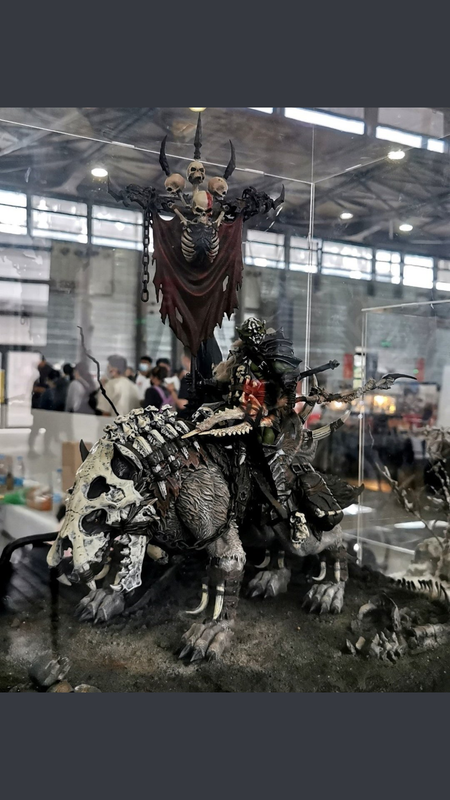 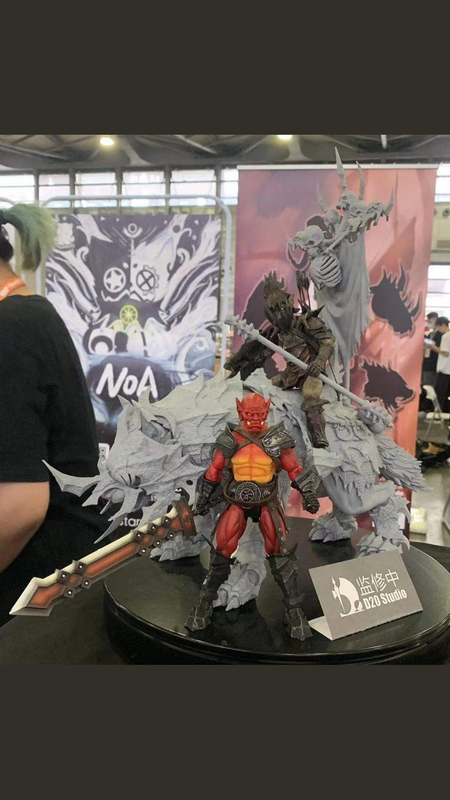 Sent from my KFSUWI using Tapatalk

Love a good top ten list. My rule for myself was to skip the homages because I absolutely love them, and keep it to different archetypes.

Bromdenn Ironjaw - most lifelike dwarf, Halymr's a fine runner up
Argemedes - Most unique ogre body, though they're all great
Ba'lam - love all the catfolk but Ba'lam's the only non homage, so he gets the nod
Asterionn - both minotaur are fantastic, would buy a dozen more
Vorthogg- all the orcs are great, but, I like the unmasked faces and he's the only one attainable for a newer collector
Elf Ranger - literally could swap the shadow elf ranger here 1::1, both wonderful
Gwendolyn Heavensbrand - best armor/unhelmeted face combination, that face sculpt is gorgeous
Knubnik - love all the goblins but I have a soft spot for this little monster
Thistelthorn - I don't know what he is, I don't care, he's delightful
Xarria - the demon-style figures are amazing but Xarria stands out to me for being both beautiful and terrifying.

I really could have put any of the skeletons on this list, too, but i just ran out of room. Mandibulus gets my vote there.
Top

Sent from my KFSUWI using Tapatalk

Y'know, for as nice as these figures are, does anyone else just get fed up with constantly having to pick them up off the floor or the shelf because they routinely topple over and come crashing down? I've only been collecting this line for a comparatively short time, but I've had more than my fill already.
Top

Thor-El wrote: ↑
Mon Jun 14, 2021 7:34 pm
Y'know, for as nice as these figures are, does anyone else just get fed up with constantly having to pick them up off the floor or the shelf because they routinely topple over and come crashing down? I've only been collecting this line for a comparatively short time, but I've had more than my fill already.

It happens occasionally, especially when it it very hot and the figs get more wobbly, but it doesn't happen that often. The 2.0 figs are more likely to do that, but since I already know who the main suspects are, I place them so that they don't fall all the way to the floor.
Top

What is the story with these?
Top

My personal top 10 would go something like this, in no particular order:

I'm gonna need those wolves. But I suppose they're gonna cost...

Where is the info on them coming from?
Top

Yep, those wolves are necessary. Fenris, Freki, Geri, Skoll, Hati...no shortage of them in the Norse world! LOL
Top

Thor-El wrote:Y'know, for as nice as these figures are, does anyone else just get fed up with constantly having to pick them up off the floor or the shelf because they routinely topple over and come crashing down? I've only been collecting this line for a comparatively short time, but I've had more than my fill already.

I use NECA clear plastic bases (they peg into the foot). They’re cheap and are pretty wide which gives good stability.

My issue with NECA stands is my issue with most stands. They only have a peg for one foot. If you could secure both feet on a stand with pegs, I feel like a figure would be more stable. With just one foot pegged down, the other leg can slowly drift outward.
Top
Post Reply
1636 posts