Looking for custom figures? Wanna display and get feedback on your finished custom toys? You found the right place. So show off your sculpts, models, customs, and other goods.
Post Reply
2 posts • Page 1 of 1

Hi all, first time posting here, so would appreciate any feedback!

One of my dreams was to always create a Punisher custom akin to the now semi-famous Olivetti Punisher that Loosecollector is so well-known for... my only problem was trying to ascertain which parts he used, and then reverse engineer the recipe based off of photos

All this to say, after years of hemming and hawing, and also reaching a point where I’m confident enough in my kitbashing/dremming/painting abilities, I was able to cobble this figure together: 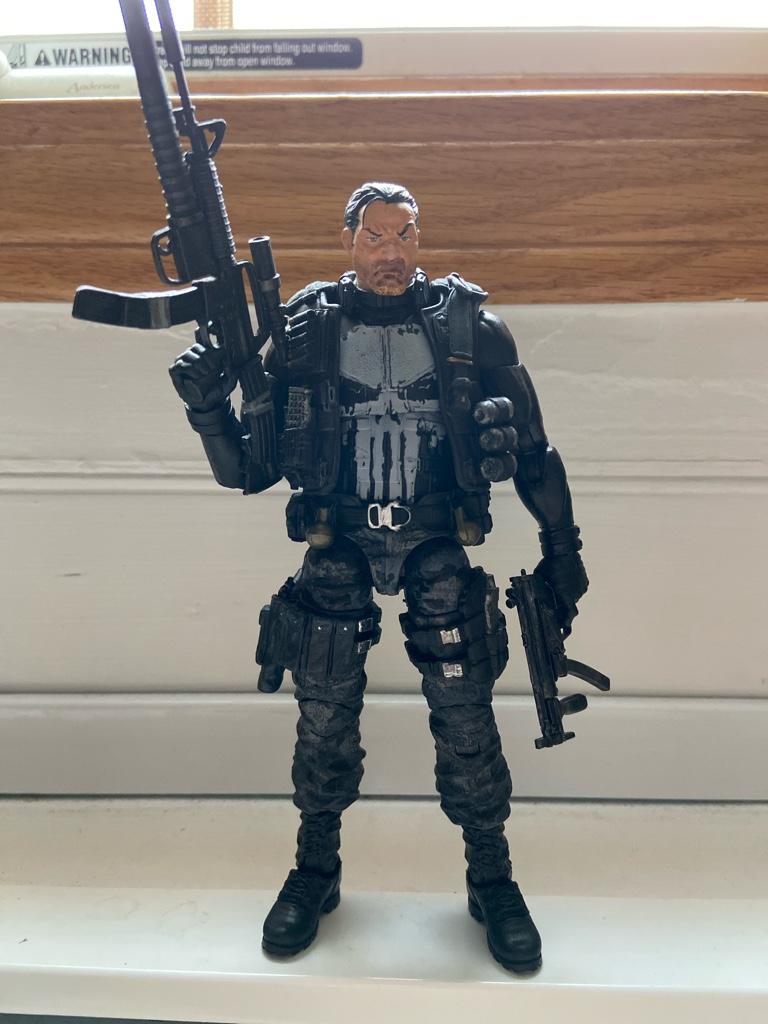 Surprisingly, 90% of this was made with parts from my fodder bin, as I’ve been resolving to spend less money this year on custom spare parts

The recipe is a follows:

The weapons are from the KO 1:10 NECA Deadpool and a Mezco Punisher

Any questions and/or comments are welcomed... thanks for looking!
Top

Hey, welcome on the forum. Nice when people attribute to this instead of Instagram only,
I don't know the figure you refer to, but he looks very good. I was surprised to read you used so many loose parts, for he looks as a solid design.
I looked him up and the comic version is very muscular. Your version looks more realistic, which I prefer.
A tip: make so more photo's than one to get a better insight in the figure. Some action poses are allways nice.
Top
Post Reply
2 posts • Page 1 of 1