Looking for custom figures? Wanna display and get feedback on your finished custom toys? You found the right place. So show off your sculpts, models, customs, and other goods.
Post Reply
10 posts • Page 1 of 1

Starting over after the snap, here's Starfox, made from a Sunfire body and a shrunken Quicksilver Bowen head. All the rest is sculpted. 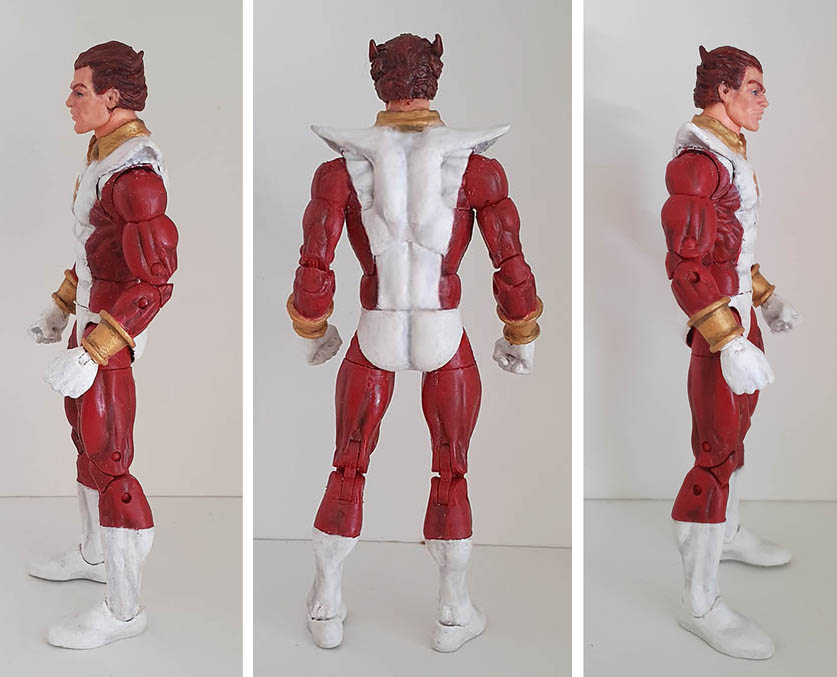 Sweet! I feel like this guy is inevitable, but your custom should fill the current void!
Top

Thanks! But it's actually his brother who likes to brag that he's inevitable!

Since this was our only shot of getting a Black Tom and Hasbro chose not to do him in his classic uniform, I had to make some mods.

The hair on the original figure was brushed to the opposite side of the classic version, so everything had to go. Resculpted beard, moustache and hair. I've also resculpted the forearms and boots (except for the feet) and sculpted a new wooden staff.

Also tried to dremmel the torso so that his arms could stand lowered and repainted the whole figure. A whole lot of work for such a low-tier villain. 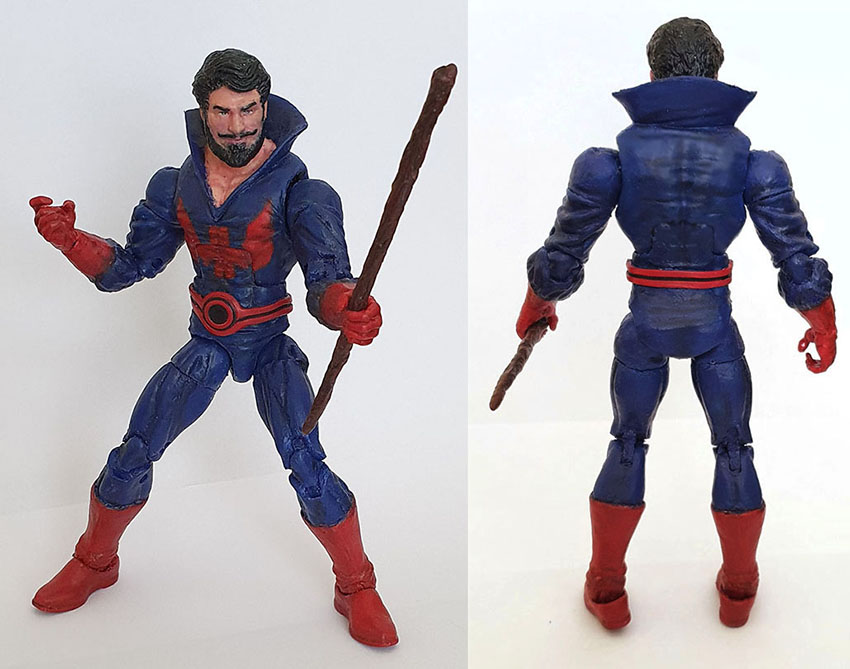 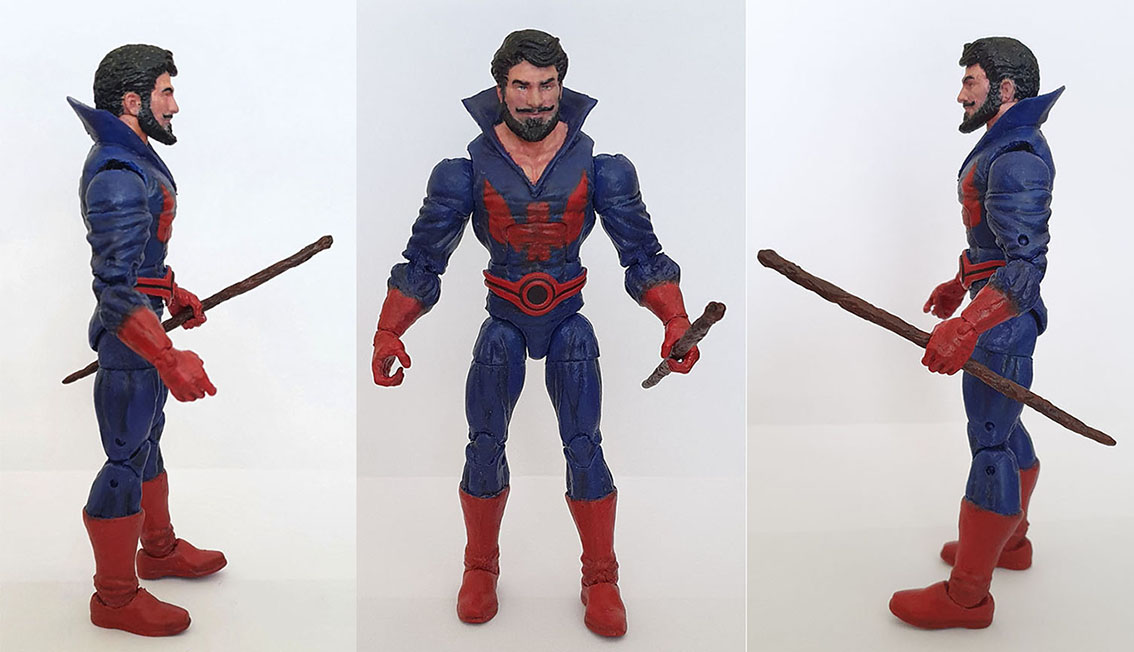 I've had the idea of resculpting Captain Marvel's hair, since it was horrible and had nothing to do with the classic comics. But then I've increased the scope. The eyes seemed wrong, in size and maybe position too, so why not resculpt them and make them show through the mask? I've literally spent a whole year fighting with it before I was satisfied with the whole sculpt, but then again, in a "good enough" level. I've resculpted at least 10 times the eye area, then I've realized the overall head shape wasn't good, and destroyed a lot of it for resculpting. I wanted to change the mask for the classic one that he used during the time he fought Thanos. I've endend up resculpting THE WHOLE HEAD, studying a lot of facial musculature for that.

I've also modded the bracelets, that were too loose, and added some shading, repainted the blue parts and also the yellow parts with gold. Can't stand to look at him anymore! 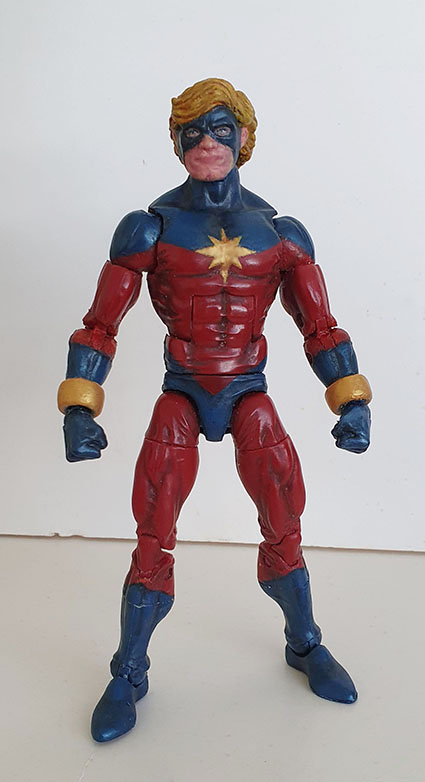 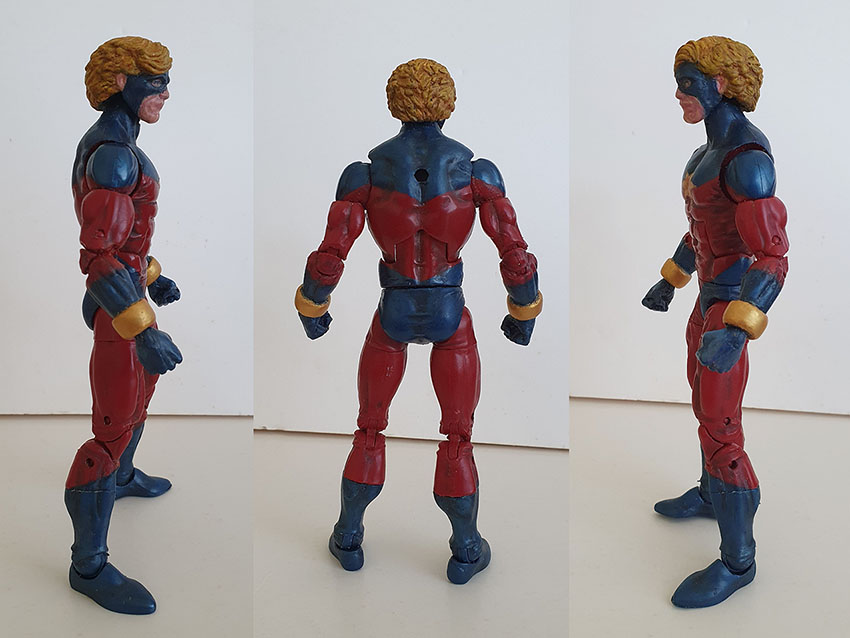 I've always resented that Mattel never released a Dream (Sandman) in their DC Universe Classics line, and I've never found a good base, tall and slim enough for making a custom of him. Until I saw on Youtube a comparison of McFarlane's Lord Voldemort with other lines. It was perfect for the job, and it also included a not too shabby cloth robe!

All the things I've sculpted include:
- His clothes and their folds
- Sawing his head in half, since the space between his nose and lips were too elongated.
- Resculpting most of the face, including a new nose.
- Resculpting his wrist joints to be more natural, instead of those spheres.
- Sculpt individually each part of his hair e aftwards reinforce them with superglue, or else their resistance would be too low. I've always thought that no figure nor statue actually captured his "spiky" hair. I couldn't make it any more elongated due to resistance issues, but it's good enough.
- His sand pouch and his ruby.

After that, a total repaint. I still intend to sculpt his helmet one day , but that's not a priority. 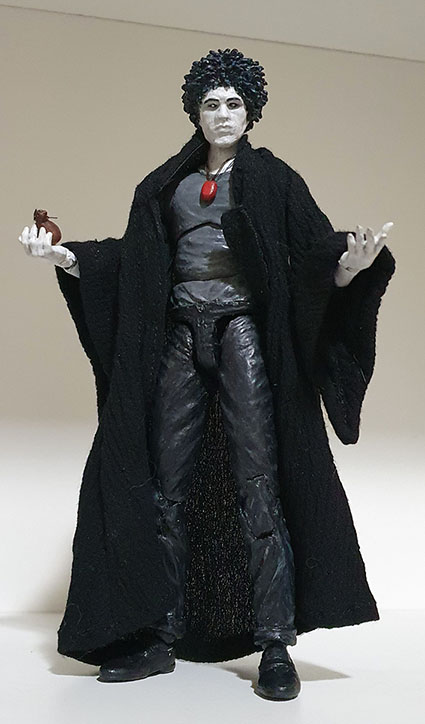 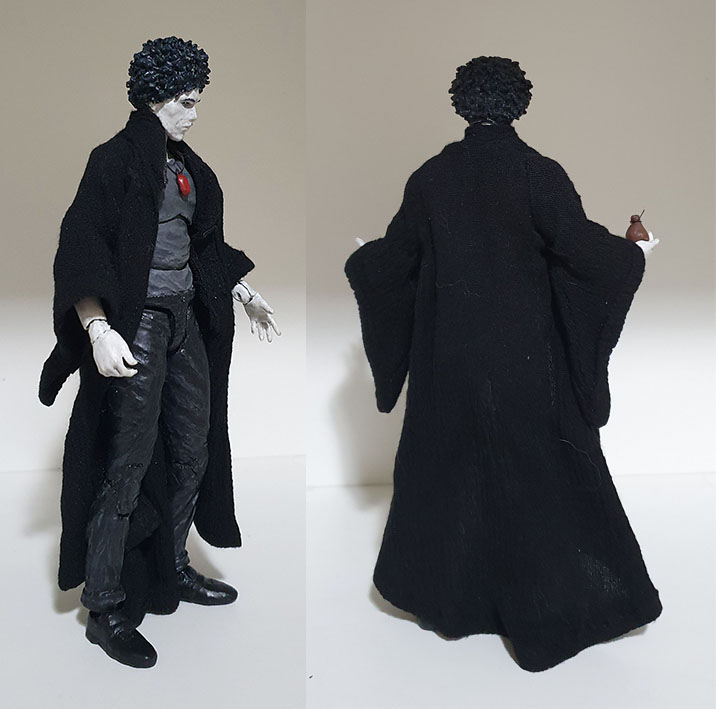 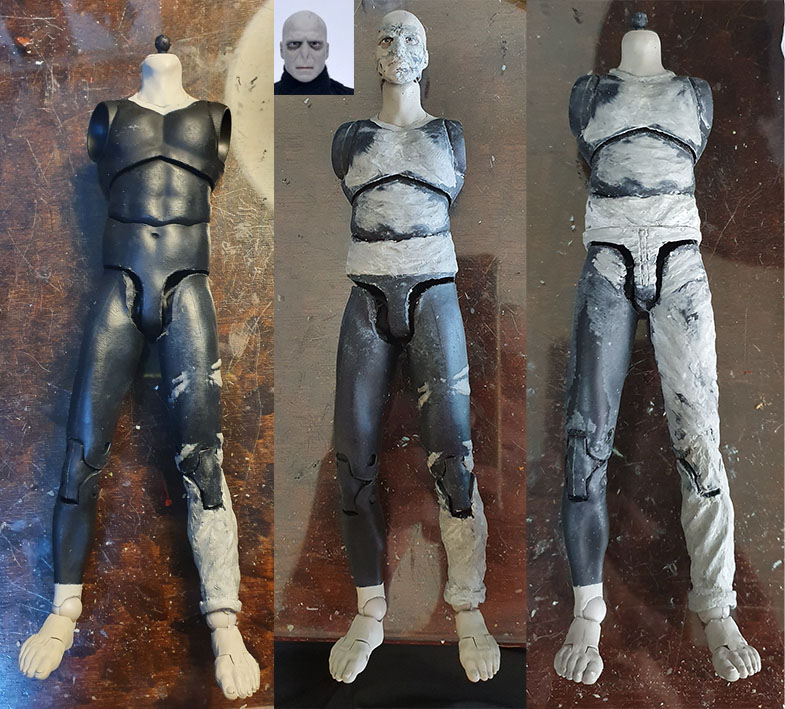 What a beauty! Also, that Captain Marvel head is wonderful. I wish Hasbro could have delivered something THAT spot on to the classic feel.
Top