I didn't see a thread for these, but some new ones were shown during celebration...

There's a new Gamorrean Guard and Book of Boba Fett figures shown along with IG-11 and Admiral Ackbar.

I haven't collected this line, but will most likely pick up Ackbar. Looking at some of the older releases has me wishing I'd picked up some of those as well.
Top

Can we get some pics please!
Top

I love this line for 2 reasons, it's like a love letter to Kurosawa & it scales with Mythic Legions both in aesthetics & size.

My favorites are the Vader with the Death Star crest helmet & the white Boba but since then I haven't picked up the newer releases except for the Beskar Mando but that hasn't arrived yet.

Daimyo Boba is a must & it looks like he's the next preorder because they showed a picture with an early 2023 release. 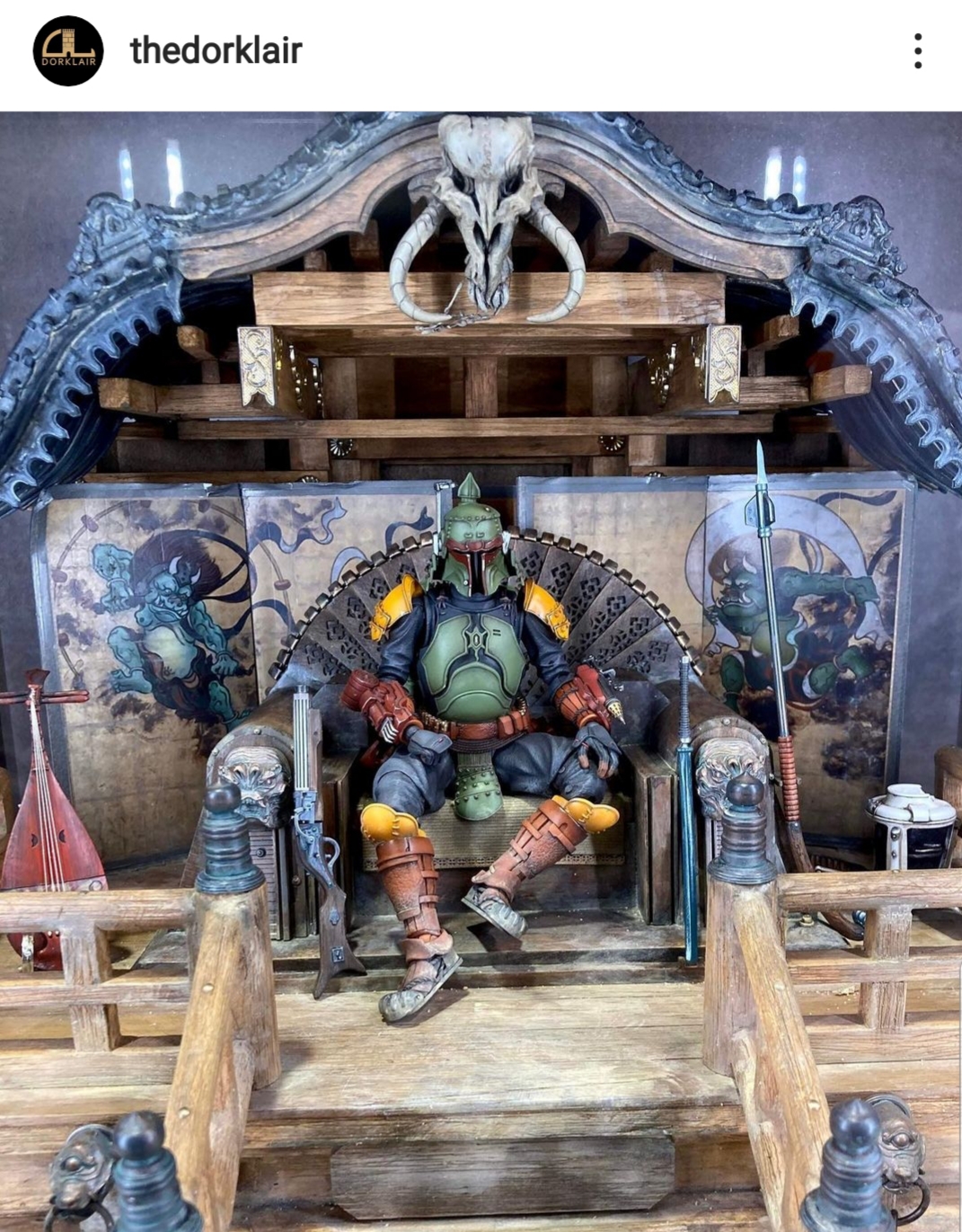 Love that he comes with the gaffi stick.

BandaiCollect's Instagram has more photos from Celebration & they're asking the attendees to vote on the next release.

Wow, I collected this line years ago and remember Bandai teasing IG-11, Gamorrean Guard, and Ackbar even back then.

I’d be shocked though if Mando doesn’t pull through and win, looks close.
Top

I think having a poll and one of the picks is a Mando while the other are less popular characters is a bit disingenuous.

Gamorrean Guard is interesting but he should almost be more like he’s wearing a mask and his green skin should be green clothes. More adaptation and not such a literal Gamorrean Guard. Like how they adapted Ackbar.

The IG robot was shown years ago. Really wish he’d come out. And then Dengar and Bosssk. Would be cool to get some more bounty hunters.

I wonder if they’ll ever try someone a little more plain human. Like Obi-Wan, who could be a ronin.
Top
Post Reply
5 posts • Page 1 of 1