MAY THE TOYS BE WITH YOU! - Star Wars Black series both 6 inch and 3 and 3/4, vintage, POTF2, whatever! If it's a toy related to Star Wars then come talk about it!
Post Reply
1581 posts 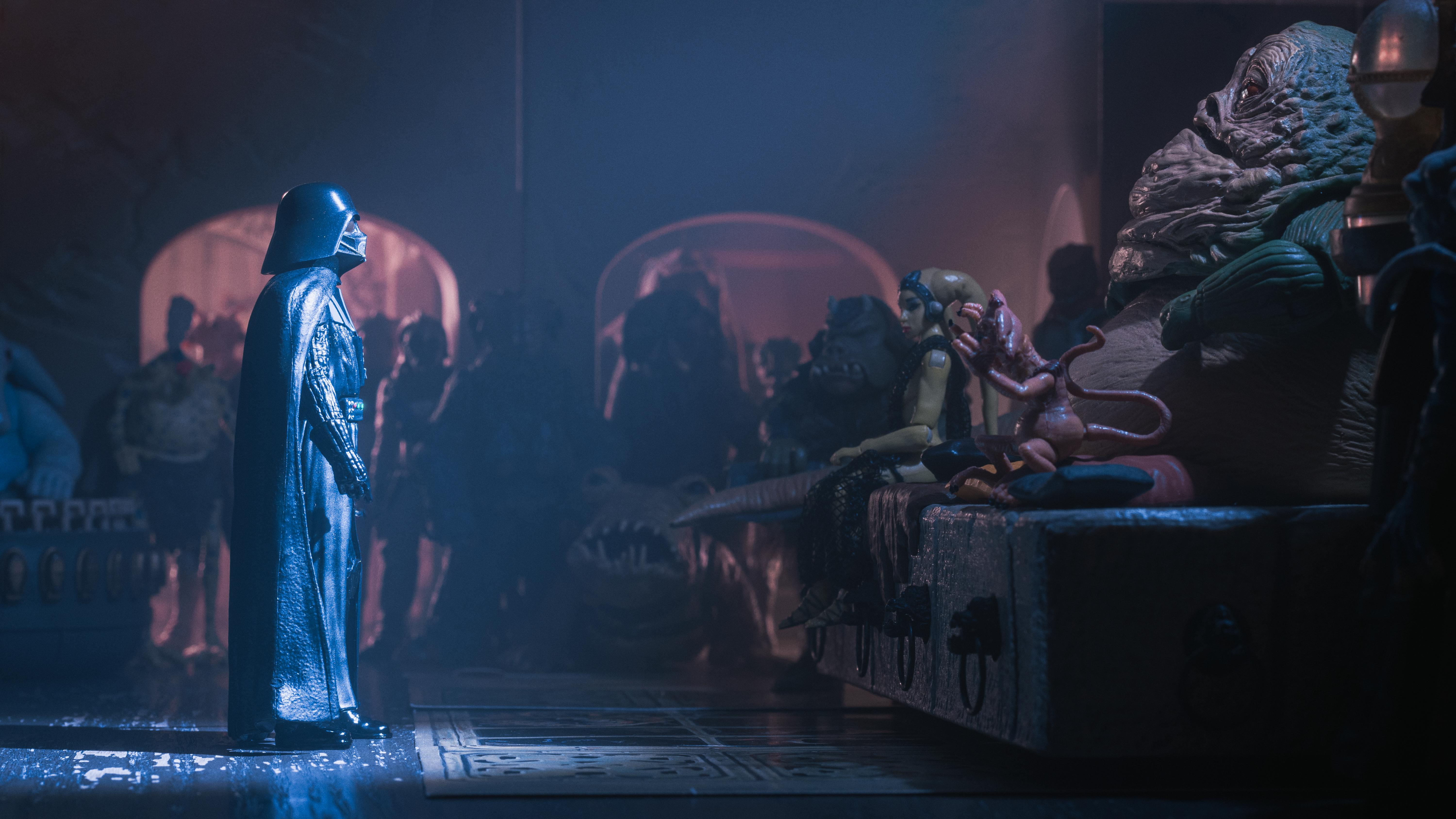 (Also there was originally a lightsaber version, but uh the lightsaber felt super distracting in its perfect placement LOL) 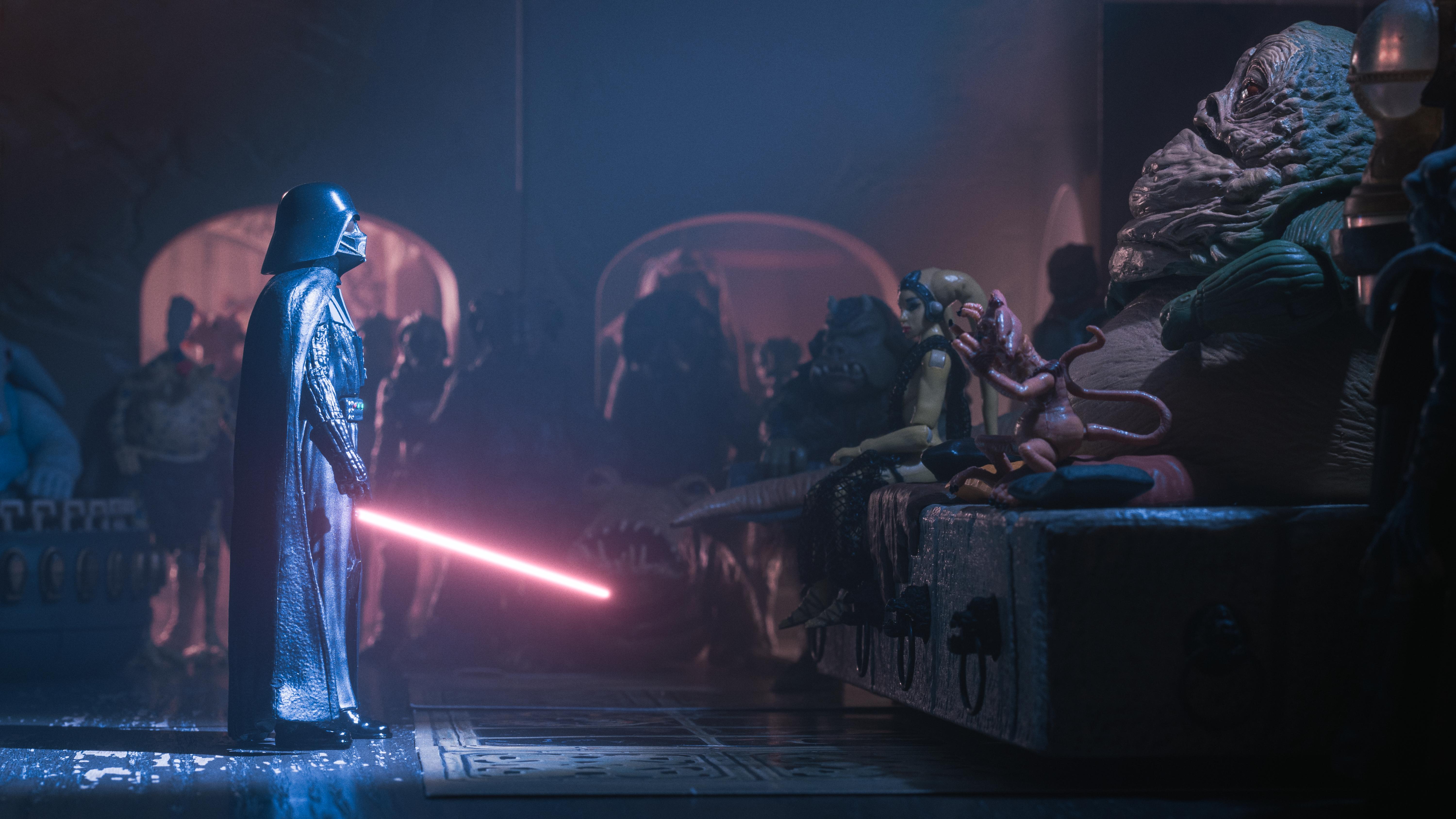 “We’ll? Don’t just stand there. Put on a bikini and dance.”

The shot without the saber is the better choice for your scene. The presence of the saber would certainly be taken as a threat. For Jabba to be that casual Vader would have to be less imposing, without his weapon drawn. A nice shot.

Pardon my crappy photo skills. I did a quick and easy custom that I wanted to share...a tribute to our own Robo!

May I introduce you to the little-known Jedi Master, G'Us FaWoosh: 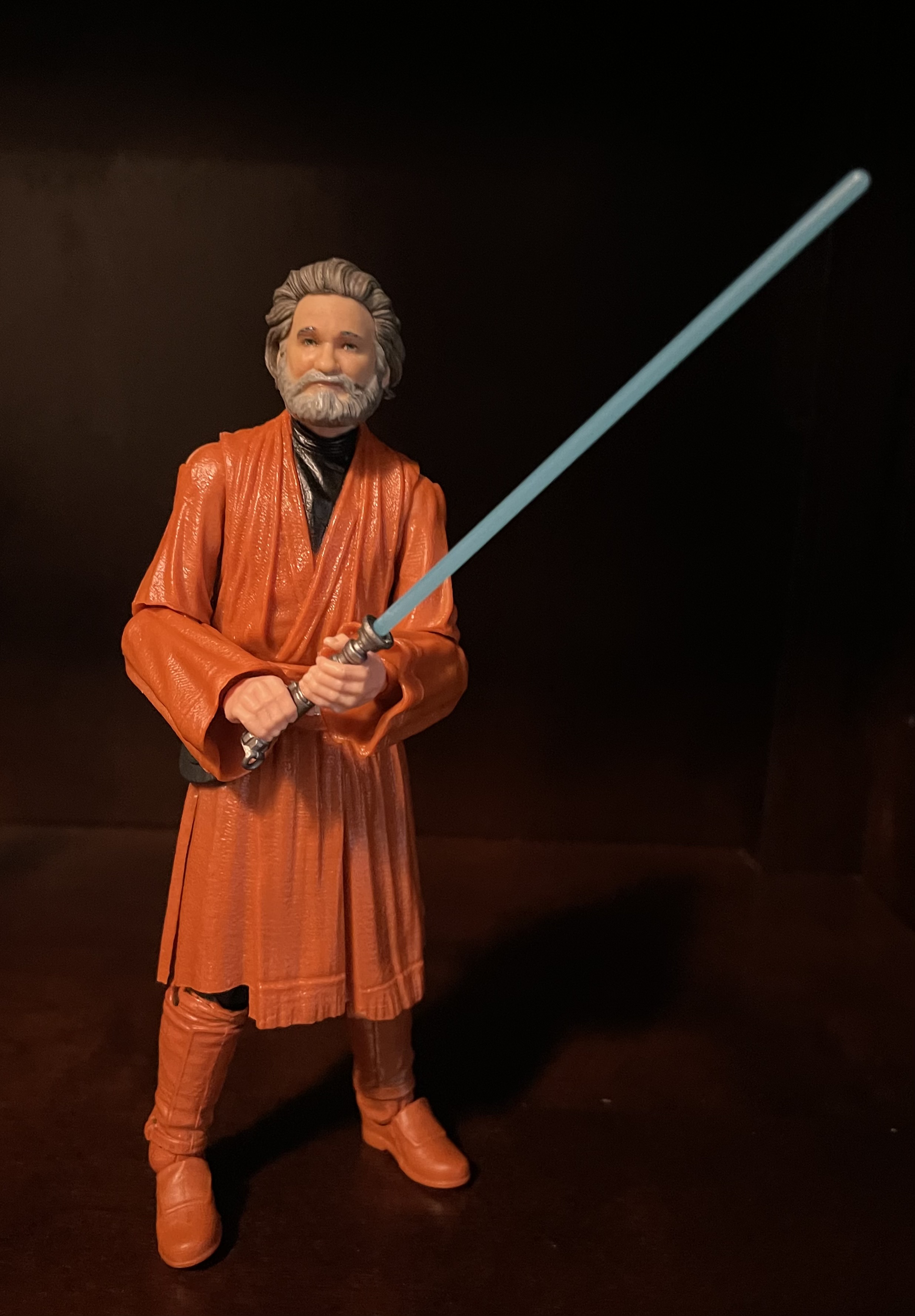 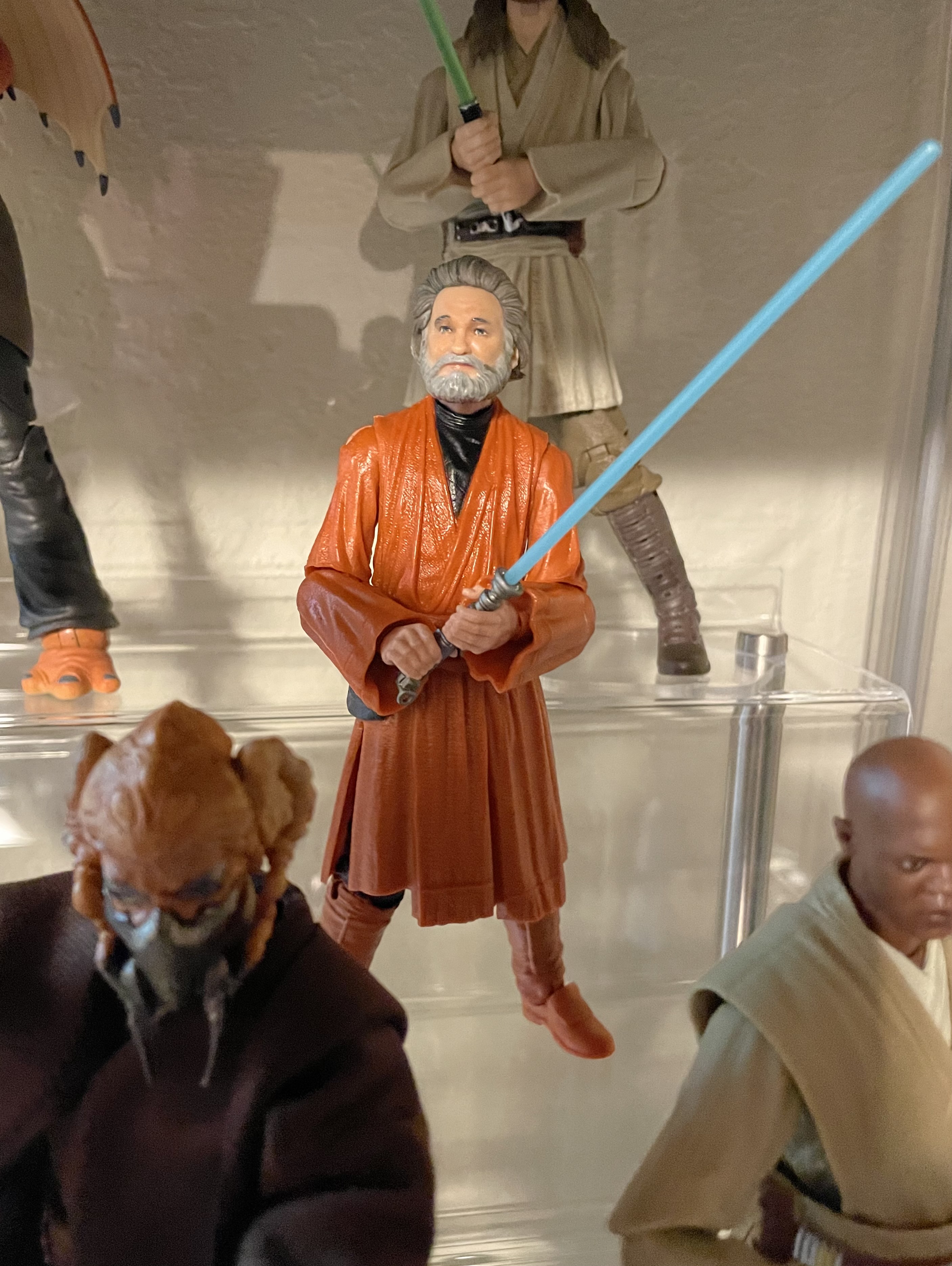 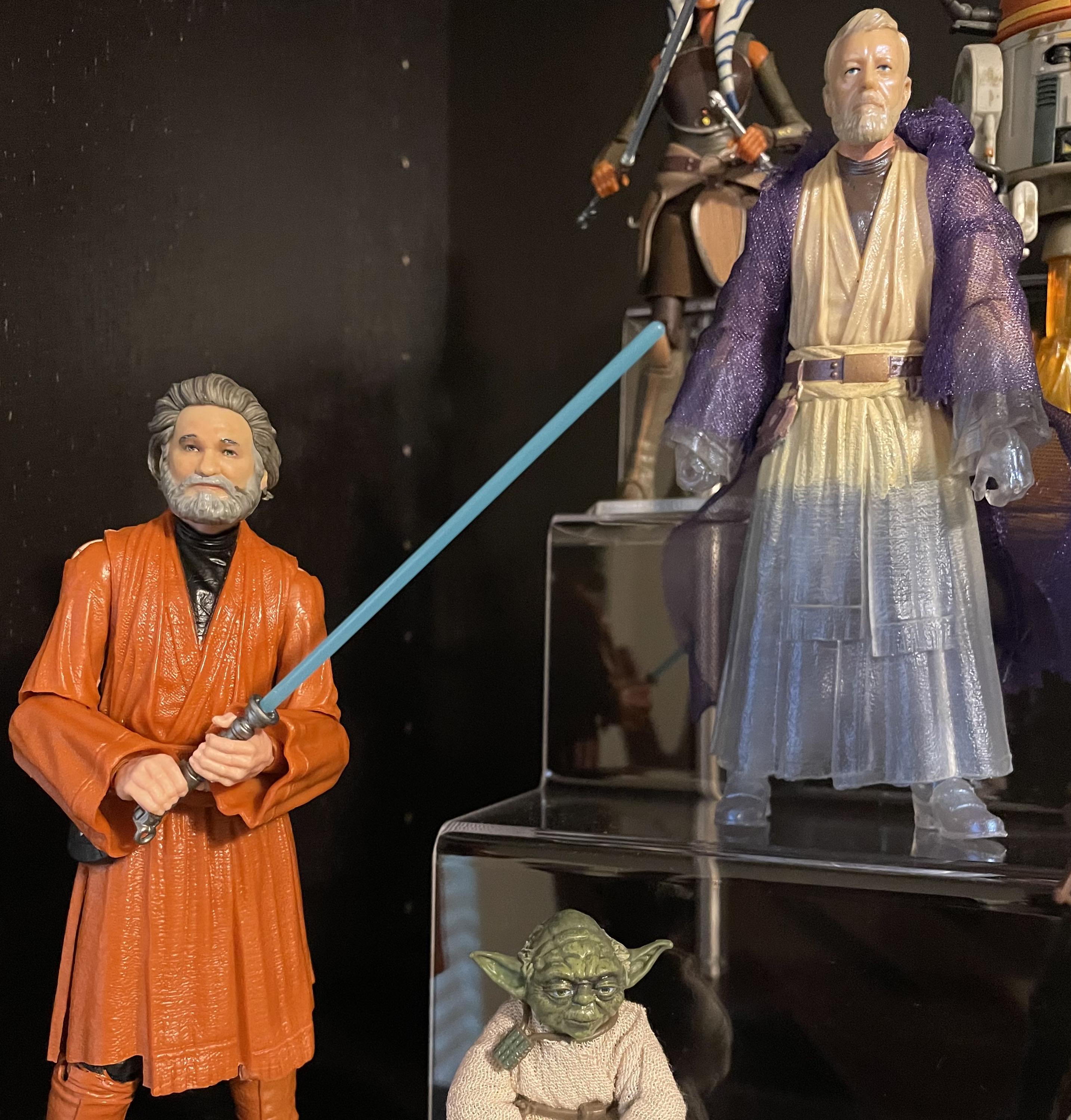 During the Clone Wars, G'Us destroyed hundreds of battle droids, earning him the nickname "Robo Killer" by the Clones. While he was believed to have perished during Order 66, there were whispers that he had hidden out on Vandor-1, but no one was ever able to confirm these stories. Some claim he has even been seen at the local cantina, wearing the armor of one of the Range Troopers who confronted him. Of course, these stories are likely false, and the man known as "Gus" to the locals is probably just some crazy old hermit who has had too much Rodian ale.
Top

< Lord Vader, let us not be hasty> 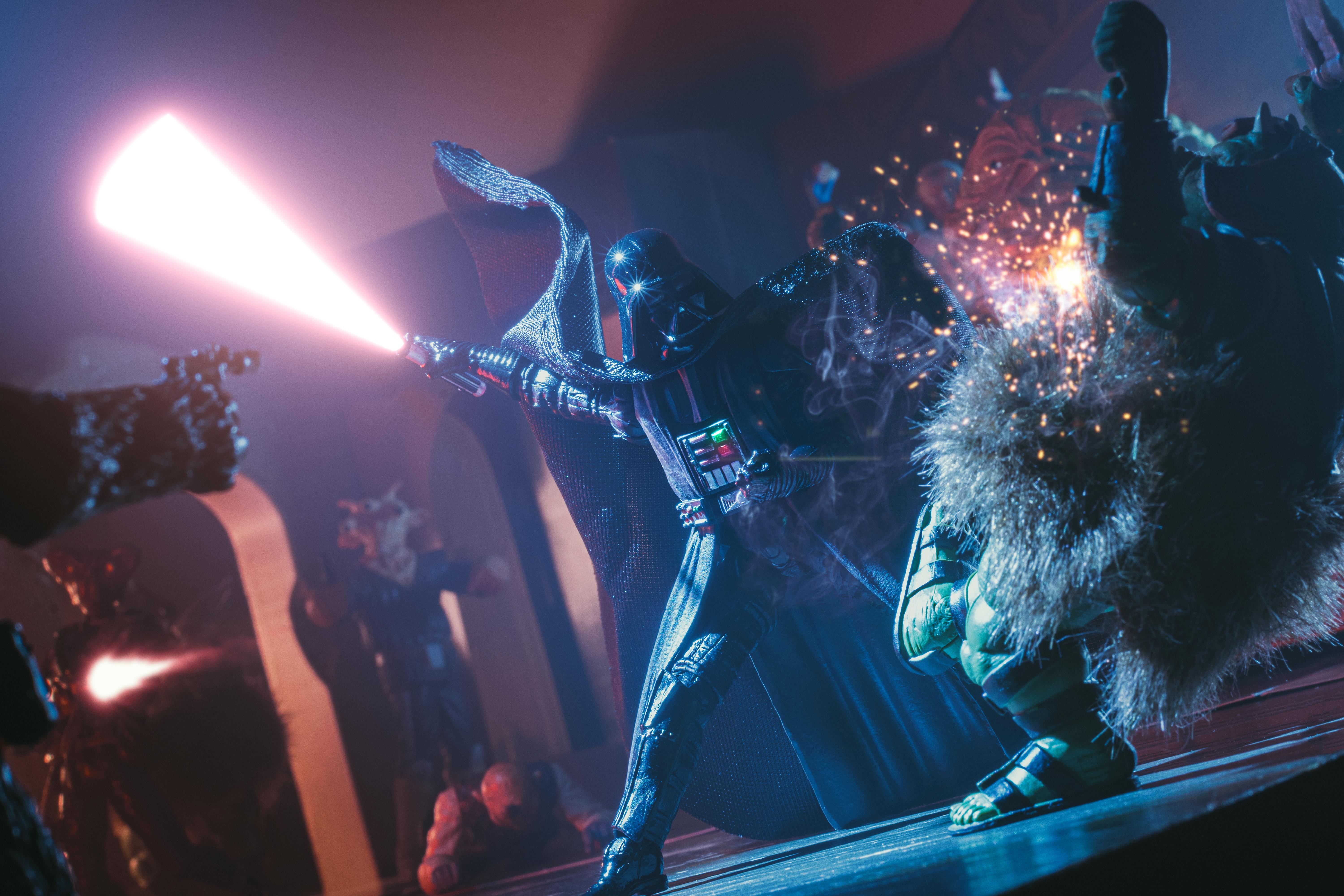 Love it! Very cinematic...has a great sense of motion.
Top 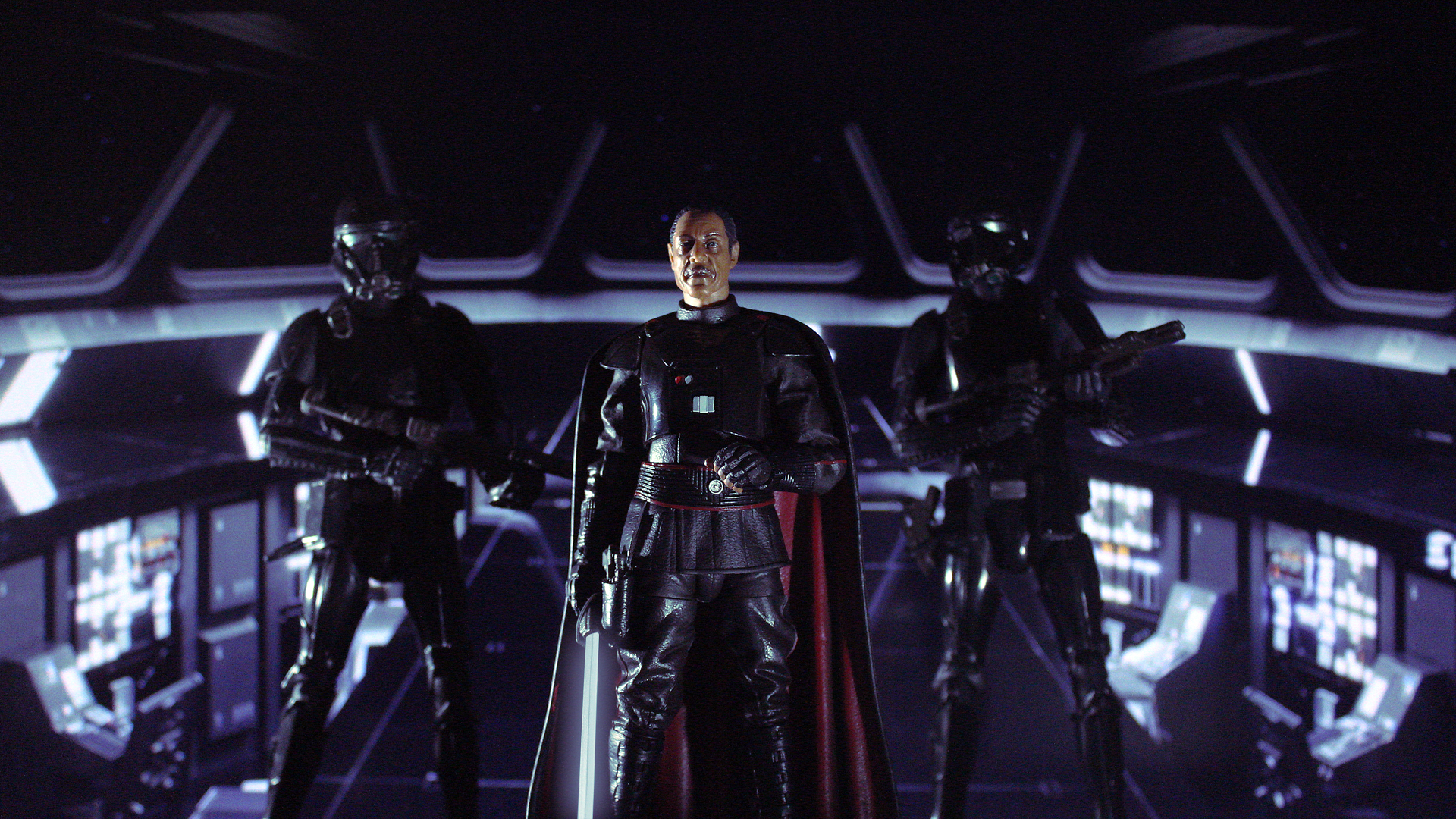 Love it! Very cinematic...has a great sense of motion. 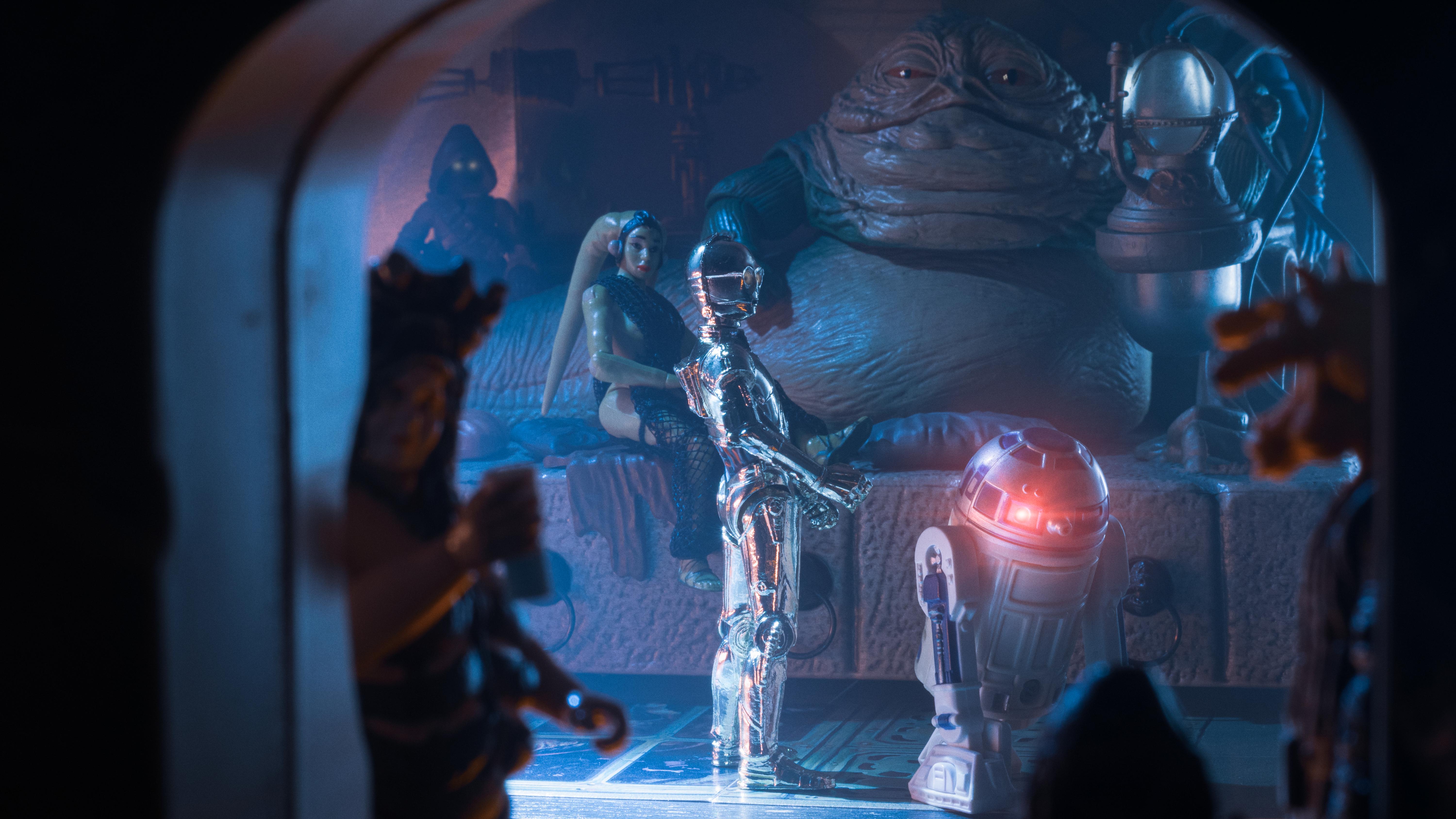 You're killing it with these Jabba's Palace scenes <3
Top 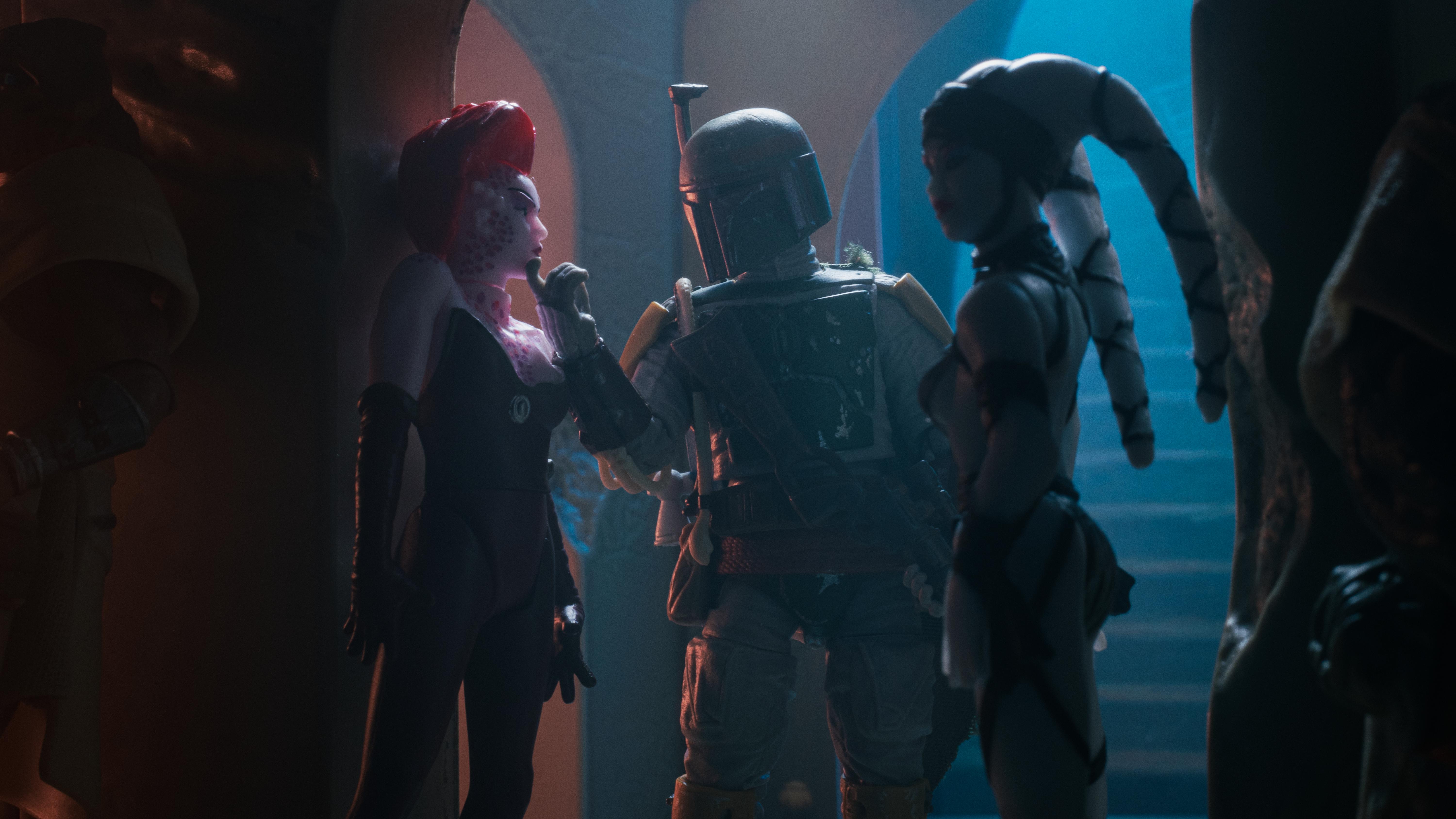 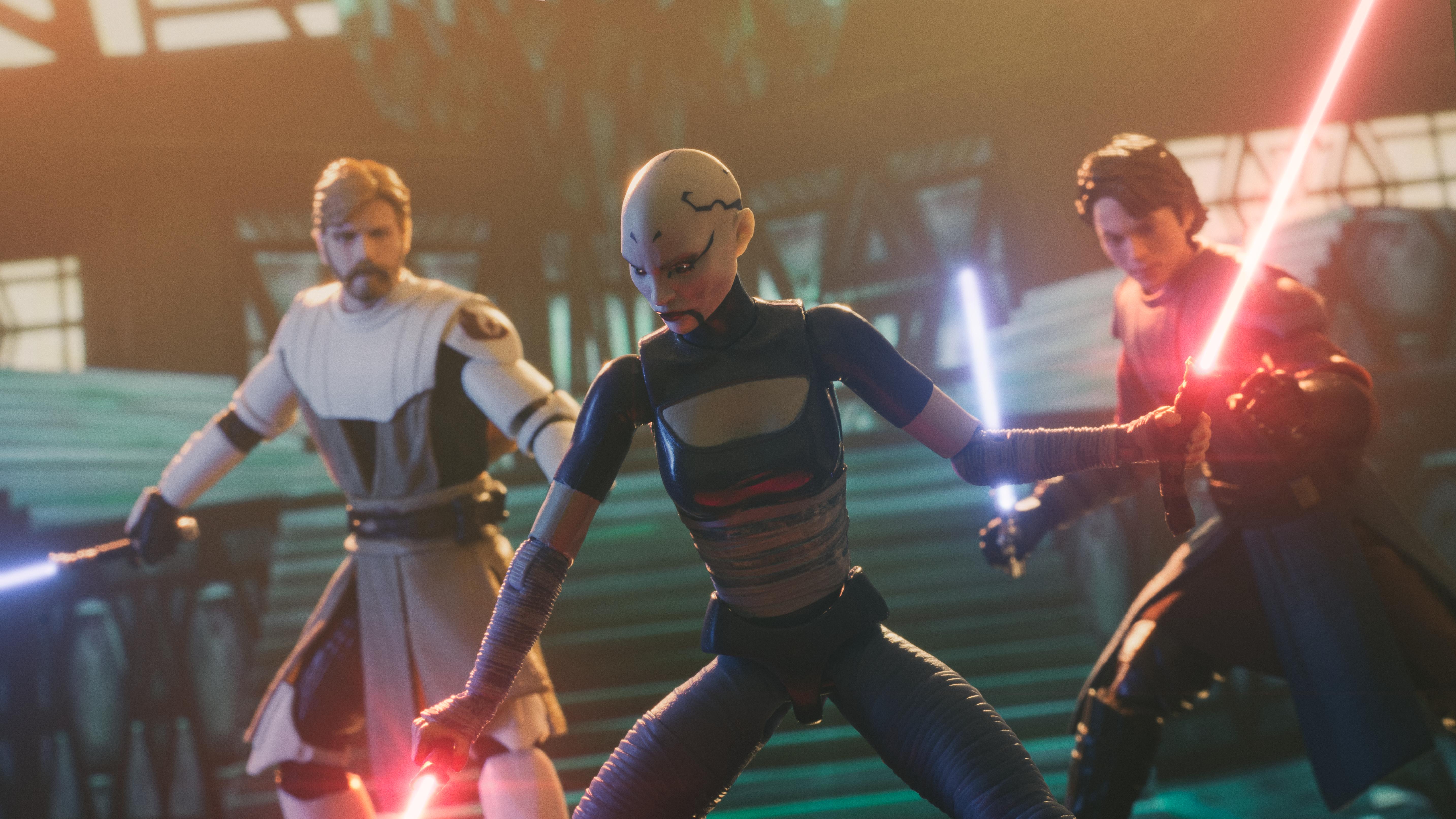 Our work here is done. 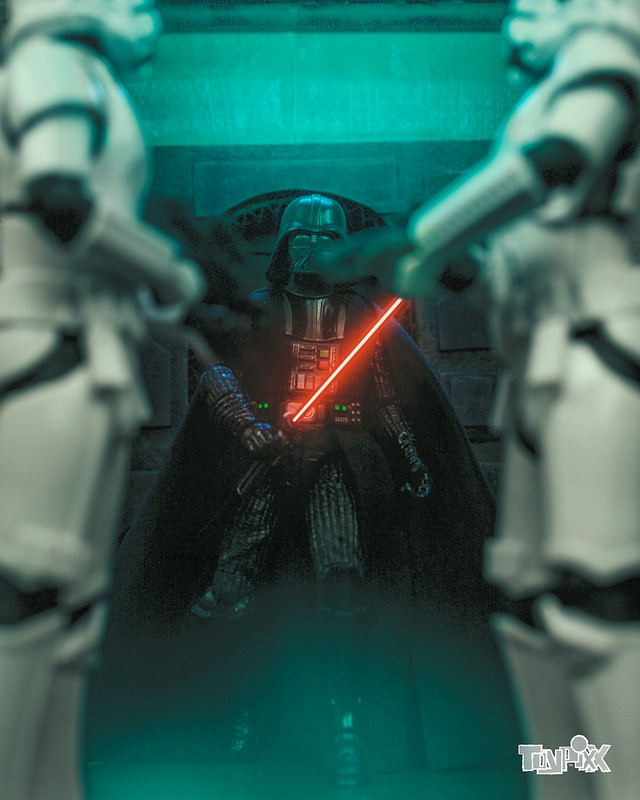 Have fun, and happy snapping!
Top 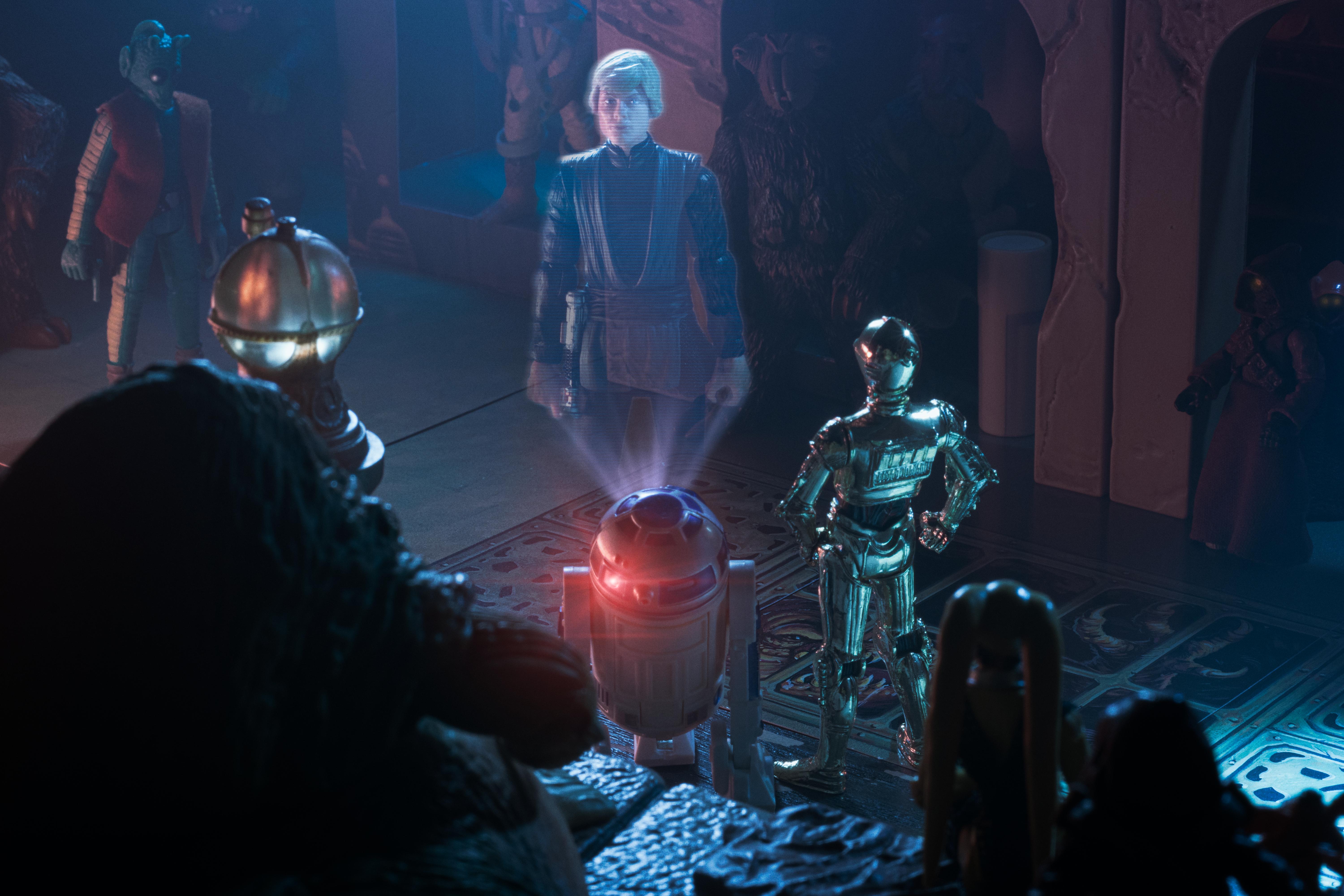 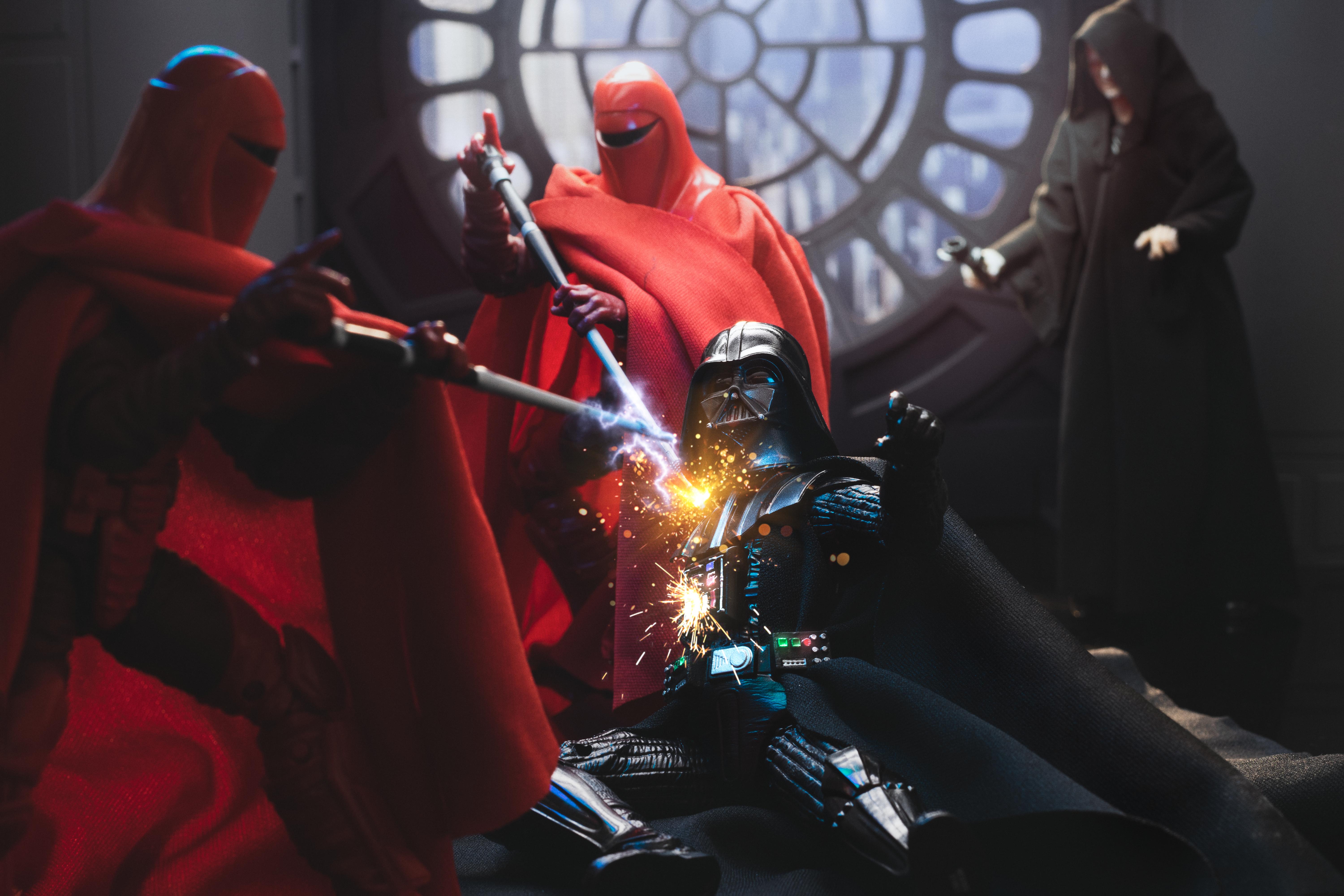 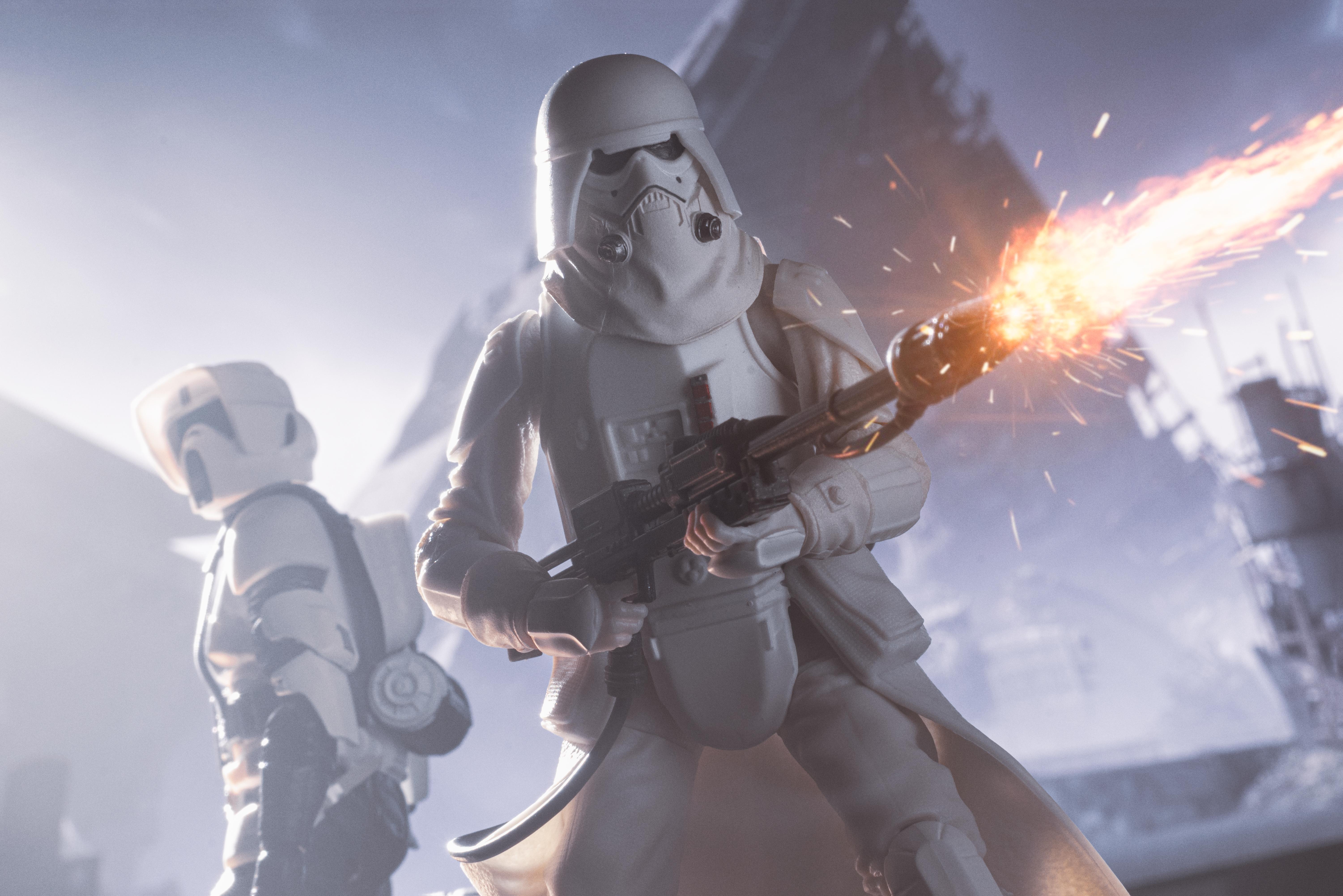 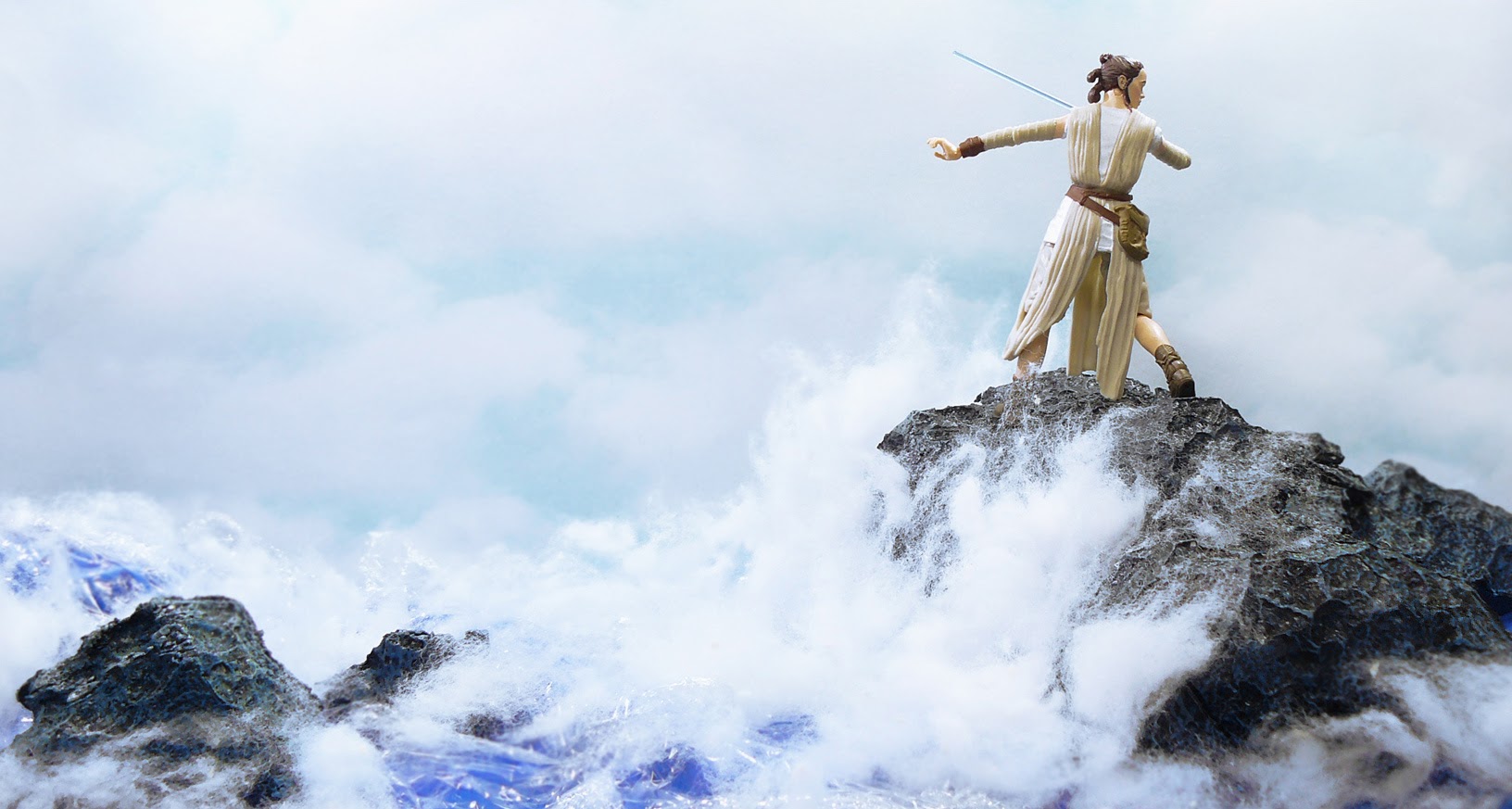 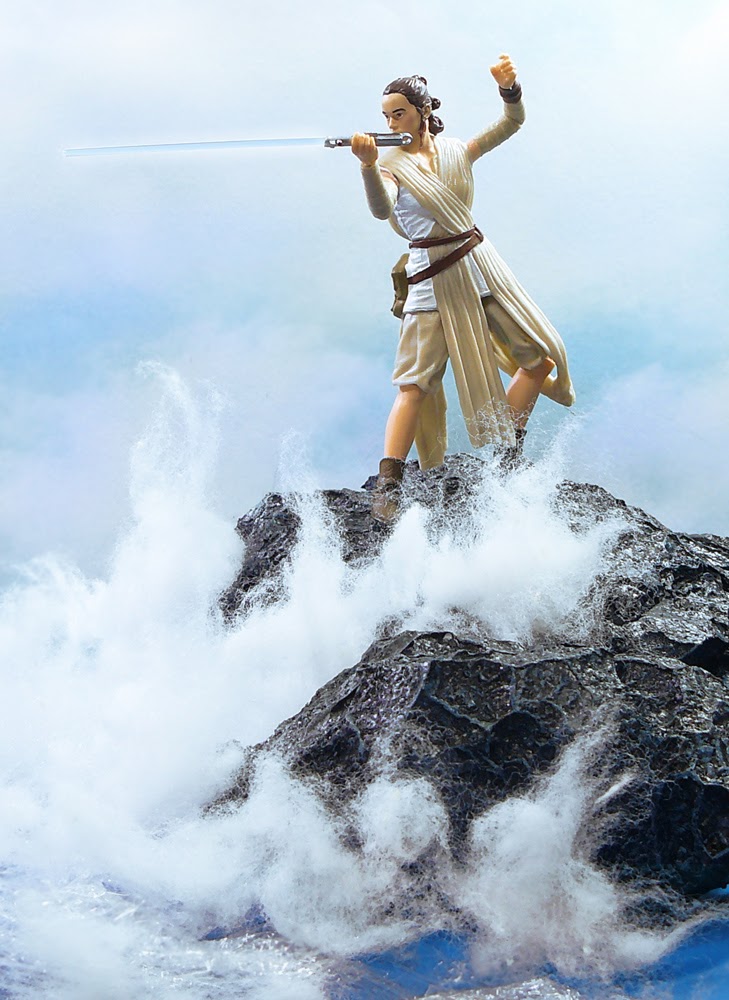 “Hey man! Blowing away George from payroll won’t reduce the taxes they take out of your check.”
“Yeah, but it makes me feel better.”