MAY THE TOYS BE WITH YOU! - Star Wars Black series both 6 inch and 3 and 3/4, vintage, POTF2, whatever! If it's a toy related to Star Wars then come talk about it!
Post Reply
161 posts


Amazon is charging the same as Target, Walmart is the only place I've seen them cheaper.
Top

Found some of these at a local Target today. 3 regular Tie Fighters, and AT-ST and the sail ship.

I grabbed the AT-ST to test the waters since I had also grabbed Owl Man from the same store.

I’m waiting on Walmart to get some slave 1’s. It’s always sold out in line and no stores in my area have them yet.
Top

Waterbury Walmart had two Slave-1 today. Along with an X-Wing and two Darth Ties. Target had a Kenobi Starfighter.
Top

Just about ready to just give up on this line. There comes a point when I must ask myself with every line I collect or am considering collecting, is it worth the hassle? My experience trying to try this line is making me lean towards no.
Top

I read on the MicroGalaxySquadron IG feed a comment that this was a "first to market" exclusive, meaning that Boba's ship is exclusive first to WM before going to all stores later. Didn't see a followup after that (nor can I find the original comment now) but maybe there's hope? Walmart's by me seem to have done their resets but GI Joe Classified and Star Wars BS / VC / MG sections remain wastelands.
Top

I have now seen the Moff Gideon variant of the TIE 3 times on store shelves, but the Jedi Luke variant set remains elusive. Still priced at $16.99 at Targets, who are unfortunately more consistent in stocking them than the Walmarts around here who have them for $4 less.
Top

Why don't you take it to a staff member and get them to rectify their error? The person at head office who is supposed to program it into the POS system was probably off sick that day.
Top

My local WM finally did the reset, and they had the light armor class ships for 13.97. Close enough to 12.99 for me to try out a TIE, since they didn't have any AT-ST. I also grabbed 2 of the blind speeder boxes, which at 6.99 each are WAY overpriced, especially after opening them and seeing how tiny they are. Getting Ahsoka and Darth Maul was a bummer, as my top wants are Mando or the Scout Trooper and prequel characters are almost always at the bottom of my wants lists.

The TIE is neat, not bad for the price and I was whooshing it around the room as soon as the pilot was in place, so I can't deny how toyetic it is. I'm gonna hafta try the AT-ST and maybe a bigger class ship as well to really decide, but so far I don't think I'm gonna go whole, or even half hog on this line. I recently found some of my old Action Fleet ships, and they still kick ass.

Love the tiny figures though, absolutely the highlight of the line for me so far.
Top

Why don't you take it to a staff member and get them to rectify their error? The person at head office who is supposed to program it into the POS system was probably off sick that day.

Great suggestion, but generally speaking I don't bug retail workers for anything unless it's essential. They've got enough going on without me bugging them over something as non-essential as a toy. In addition, I ain't got time for any of that as I can only carve a few minutes out of my day for toy hunting in the first place.
Top

Has anybody seen or heard anything about 3rd party stands for these? Thats a goldmine waiting to be exploited for anyone who can make some.
Top

Been watching the reviews online for these ships, and glad I held off on a few of them after the initial rush of FOMO -the only ship I have is the 1st Razor Crest, and I'm still making little discoveries about it every day that aren't noted on the box --

Saw some comparison pics with the Arvala-7 version and found out the port-side engine cowling is removable. 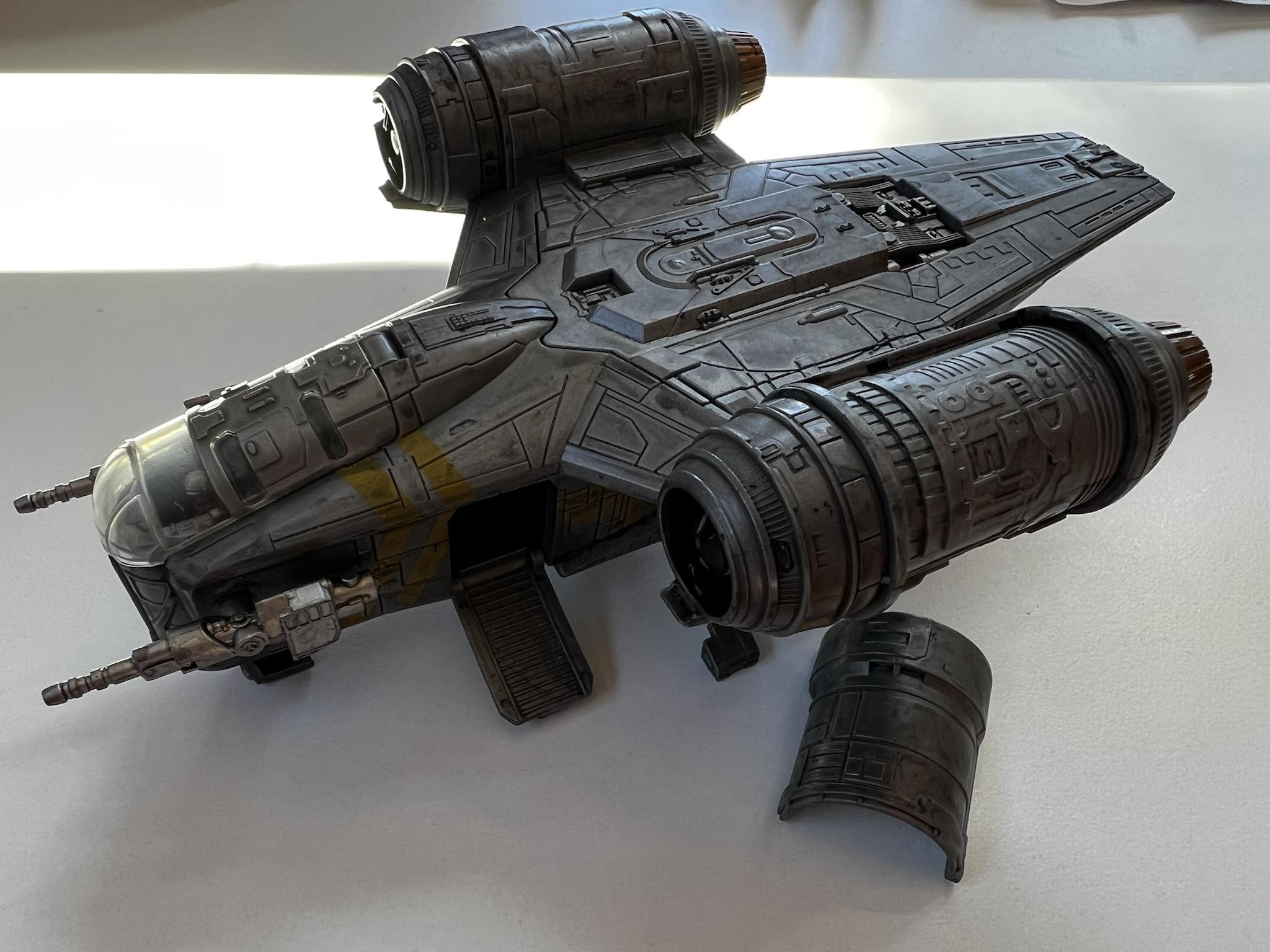 Figured out where Din's jetpack is stored: 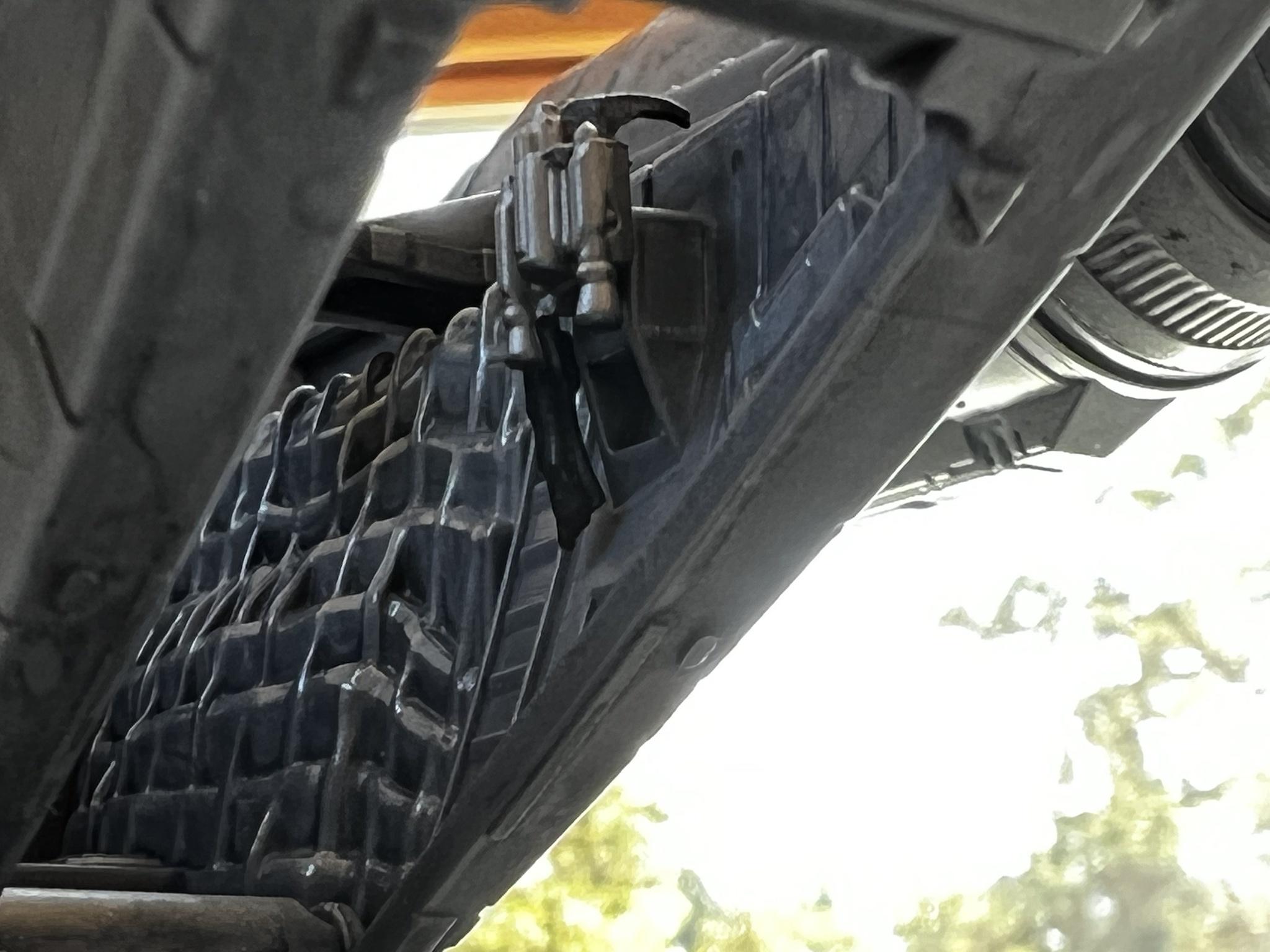 Grogu's pram stand can do double duty with the carbon-freeze bounty (doesn't plug in but balances nicely): 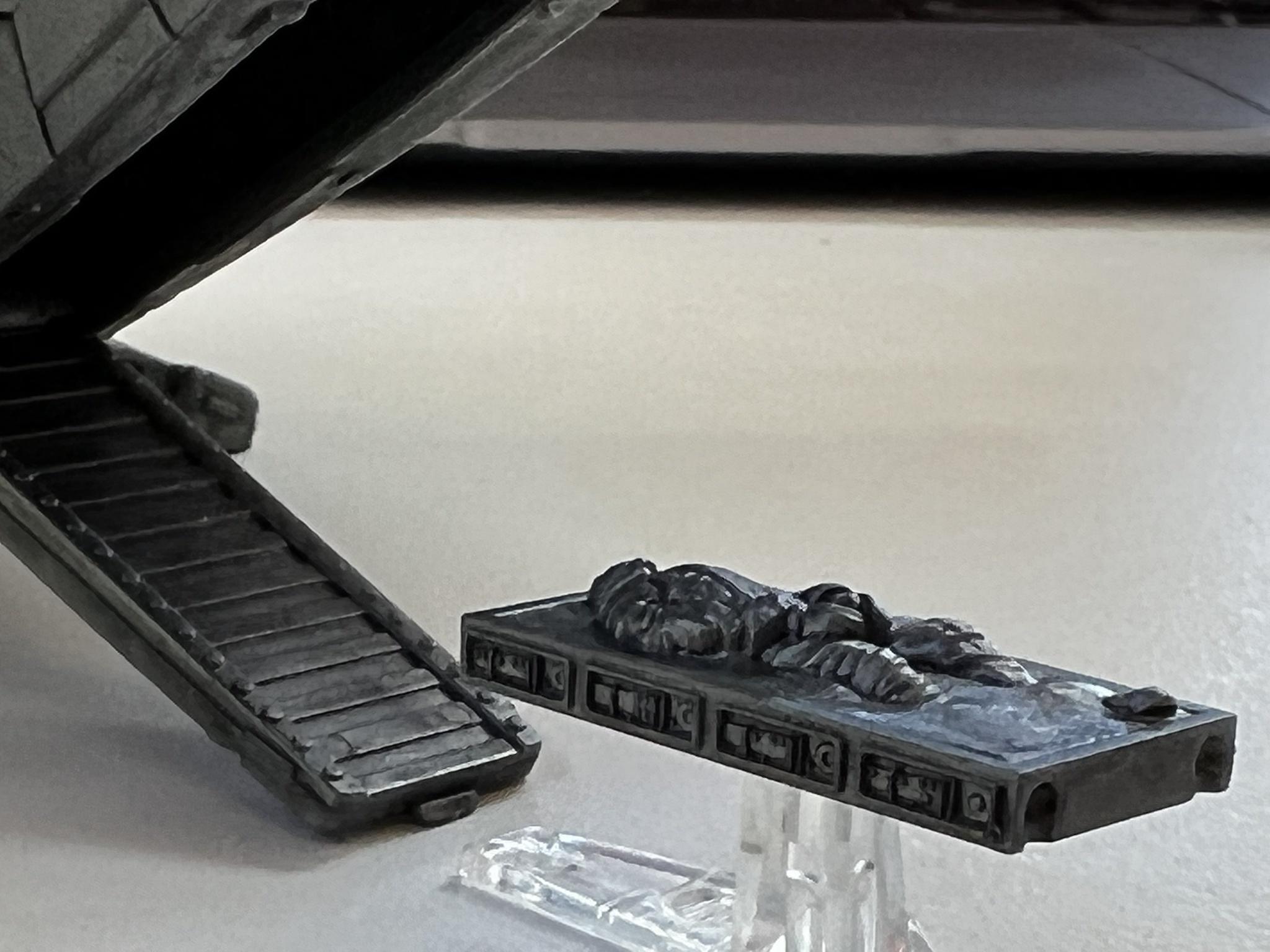 And you can get Din to lock into place in the cockpit seat, there is a small gap in the footwell where, if you angle his legs about 45º, they'll snug in there nicely and he won't rattle around in the ship. 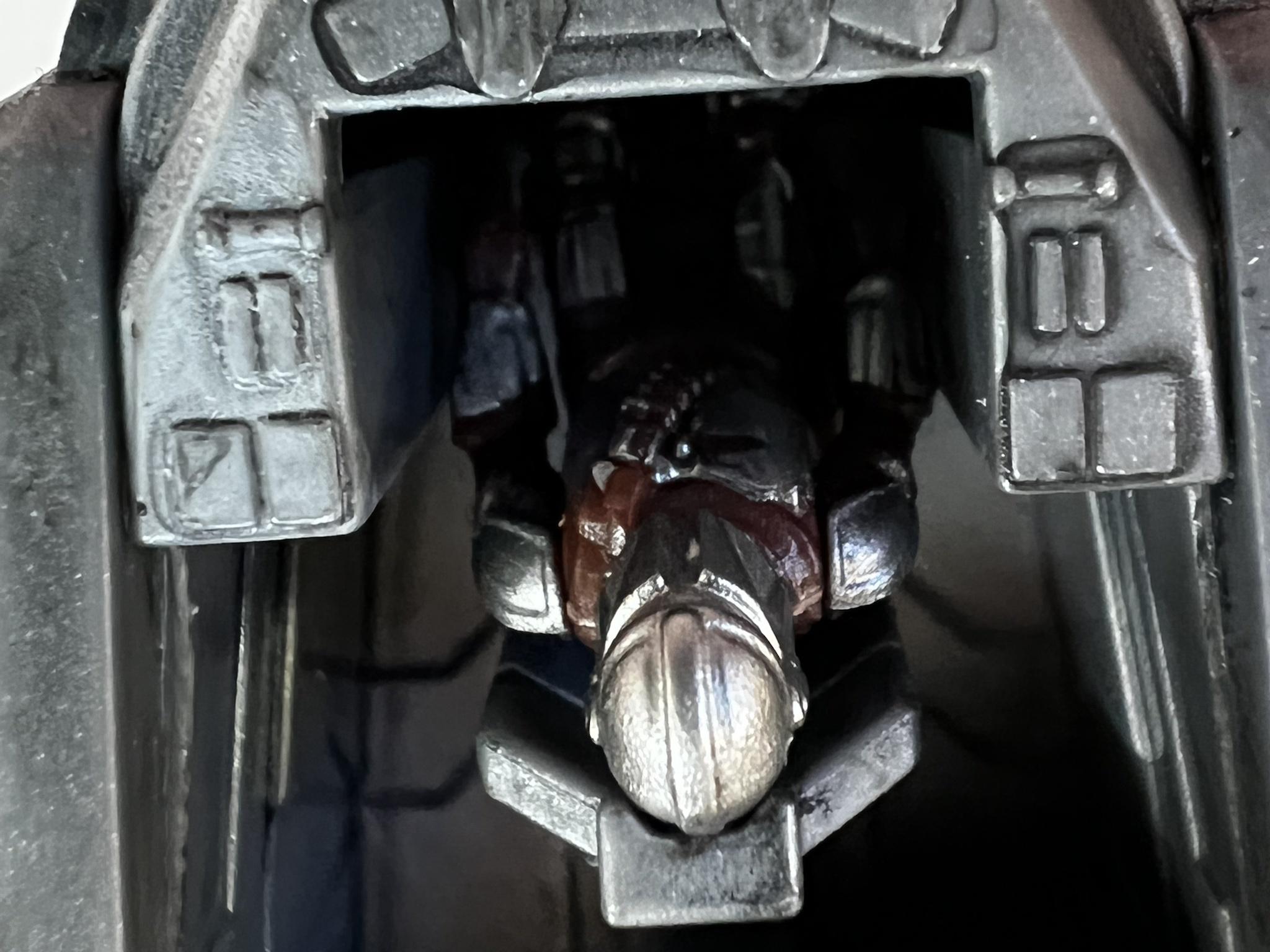 The Outlander TIE is highest on my list to find next.
Top

Nabbed an X-Wing at Target yesterday, and ordered the Falcon & Razor Crest off Amazon after I opened the 'wing. I spotted Vader's Tie twice, but I'll wait on that and the regular Tie for a few weeks.
Top

EB in Australia has them up for pre order now, with release expected in late September.

Their prices are line-ball with Amazon who will ship them from overseas for free right now if you’re a Prime member.