Show us your Collections!
Post Reply
3 posts • Page 1 of 1

My old collection thread got deleted - I guess due to lack of usage? Anywho, here are some older photos. I hope to take some newer soon.

Weird playset that makes sounds I found - anybody know where it's from? Looks like Kirk's apartment! Only had Wendell and the cop handy for this shot.

Shame we never got 6" scale Speed Racer figures to go with these cars.

My attempt at a custom. 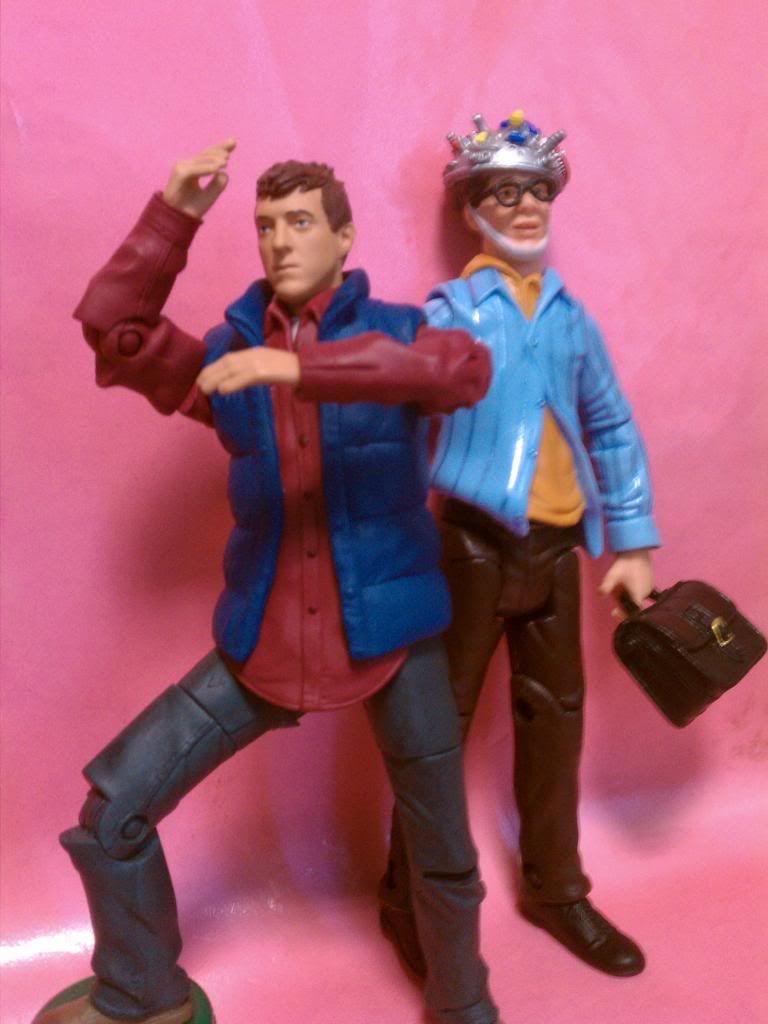 As close as we'll likely get to BTTF action figures in 6"?
Top

Nice stuff. What is the base you added onto the Simpsons treehouse set?
Top

Calbretto wrote:Nice stuff. What is the base you added onto the Simpsons treehouse set?

Thanks for asking Calbretto! I actually have a photo of the boxed set I got at KB toys! "Pets on Parade" was the set.

Here's a picture of the RUNE prototype I bought in the early days of digital cameras and the internet - maybe 15 years ago? Wish I'd taken more photos before selling them. I have more photos of SLUDGE, but none of the LORD PUMPKIN or PRIMEVIL figures from this never produced ULTRAFORCE wave. Looks to me like this wave of figures could have had a light up feature - Rune's stone, Sludge's eyes, Lord Pumpkin's eyes and mouth and Primevil's glowing rip across his torso. Ah well, we may never know.

And I am one of the few that liked the Jakks wave of Universal Monsters. They had a second wave planned, with a Creature from the Black Lagoon that unfortunately never made it past sketches.

I mostly like them because they are in scale to Marvel Legends.

Speaking of early figures. Here's my prescient Avengers Age of Ultron photo - circa wave 1 of Marvel Legends. Back then, this was the closest in scale Thor, Scarlet Witch and Ultron!