I used to constantly update my collection by selling and trading figures more often than I bought new ones. But I feel like I'm at "collection equilibrium" now, where I'm thrilled to have everything I have, got rid of almost everything I wasn't attached to, and there isn't much left I'm looking for, either.

Here are my most recent pictures: 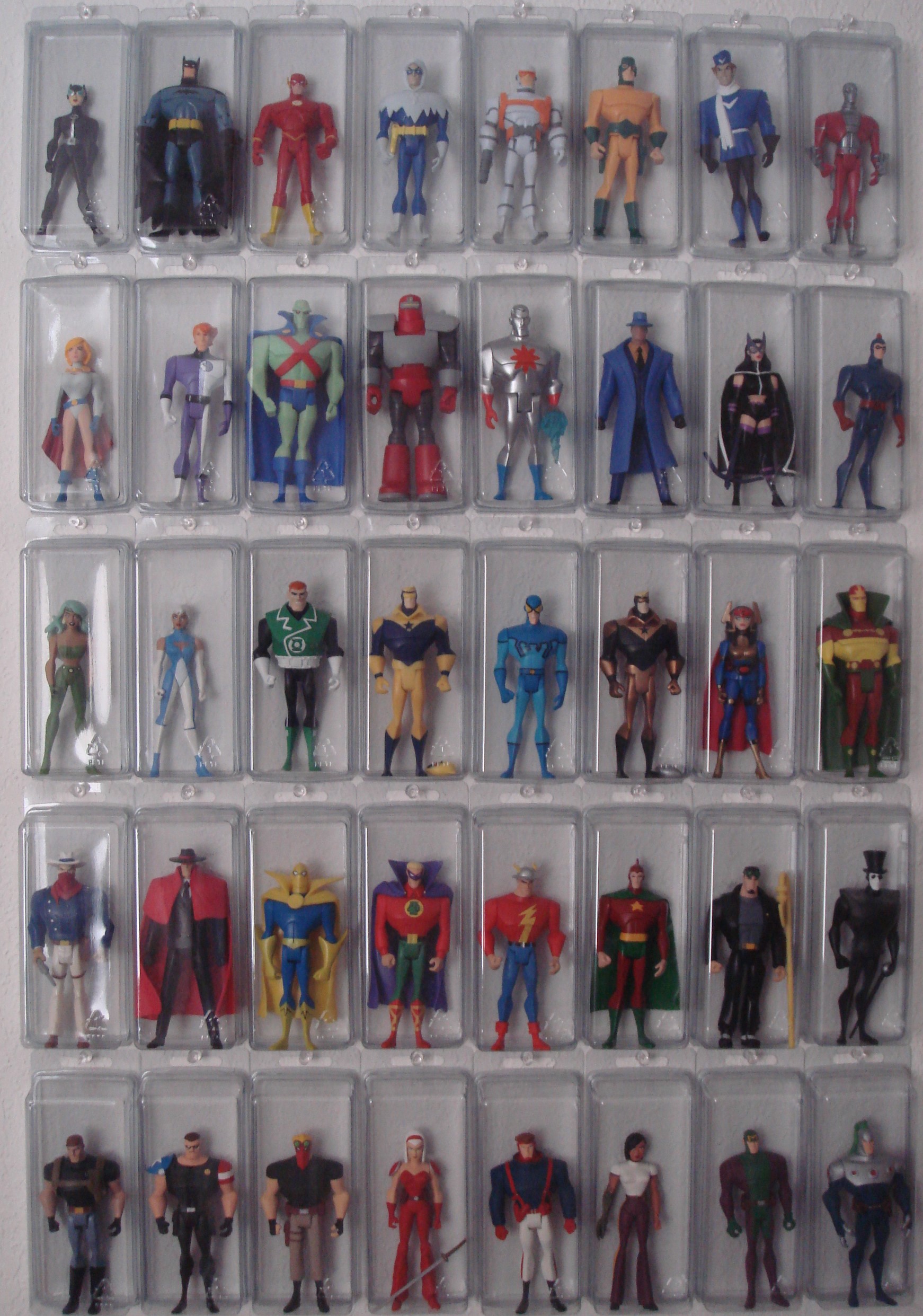 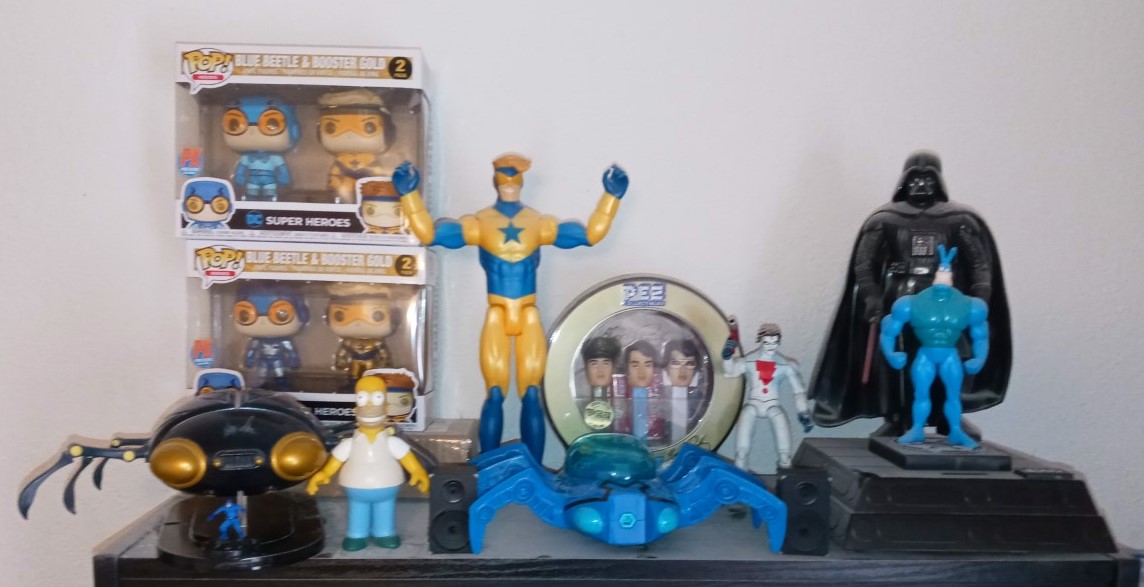 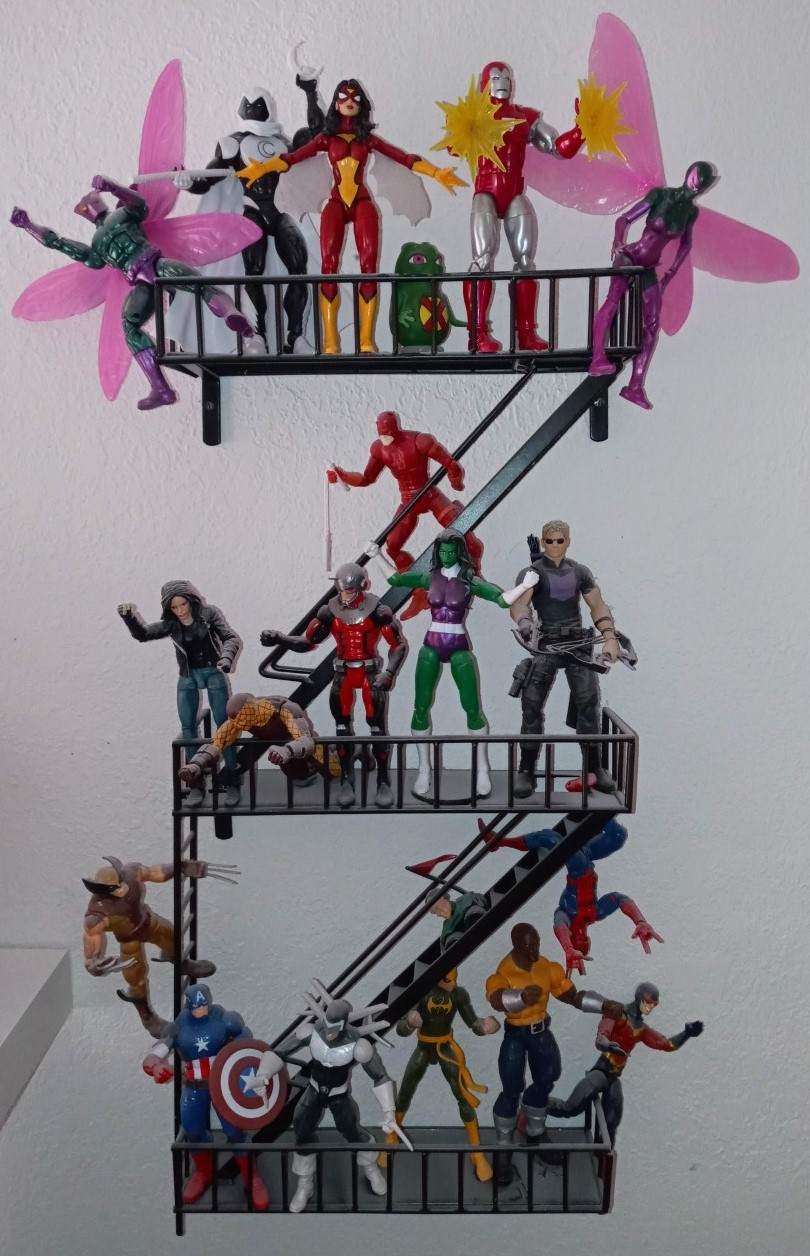 VeeBee
Yeah, I was in the s#!%
Contact:
Contact VeeBee
Website AOL
TheFwoosh.com rules: Yes
Location: Never in my wildest imagination did I ever dream I would have ninjas like these.
Posts: 21139
Joined: Wed Feb 18, 2004 5:38 pm

It has been a slow year for new acquisitions (and there isn't much left on the horizon that I still want), but I was inspired to take new collection photos today when I received my custom JLU Jack Knight Starman from theguff:

Jealous of your animated style Wildcats. Who made them?
Top

Airmax made them for a CustomCon several years back, and I am very proud to own them. The Comedian is his too.
Top

I have one of Airmax's giveaway Grifters. That set you have would be the centerpiece in my collection! Very enviable.
Top

want that ANGEL custom so bad.

The Angel, Spike, and Cordelia are all super-easy customs -- just head swaps.

The Angel came from the "Season 5" head (on the body with the black pinstriped, untucked shirt) and the "Vampire Angel" body with the trench coat and ugly vampire head. Just boiled and popped, and the heads fit perfectly on the other bodies.

The Spike wasn't quite as snug a fit, but it still stays in place. The super-articulated trench coat body had a vamp head originally, and I don't remember which version had that human head, but it was a non-deluxe figure.

I'm not a brilliant artisan customizer like so many Fwooshers, but when I was belatedly getting into Buffy and Angel (2005-ish), all those figures were getting clearanced left and right, and it was easy to put together classic/quintessential versions of the main characters on the cheap.
Top

I love Wally back there, wavin his hands like he just dont care....
Top

He was supposed to be doing the "stretch and casually put his arm around Power Girl" move.
Top

Updated for January 2021. I've downsized quite a bit and don't foresee buying much else this year. But I love everything I still have so much, my collection is probably going to look like this for quite a while.
Top

Love your display layout. Esp. DD and the DC shelves. Gotta say, though, time for a cleaning.

I dusted the Transformers when I added Hot Rod to my collection last month, but I definitely need to dust my DC figures. I've sold a few of them too, so a new (dusted) photo is in order.
Top
Post Reply
16 posts