F-TEAM! ASSEMBLE! Doo doo doo dum dum! - Not all toy topics can be assigned a famous block. Talk about the rest of the toy lines here!
Post Reply
348 posts

Boy Wonder wrote: ↑
Wed Jun 23, 2021 9:45 pm
I’m imagining they’ll ship from China in July. Maybe start going out to buys mid August at the absolute earliest, but a late August/early Sept wouldn’t surprise me at all.

Yeah. Bobby comes off as real petty at times. Even delusional as to how big his line is compared to GI Joe or anything put out by giant multinational corporations, but he seems intent on at least making his figures as good as he can, so I’m fine grabbing a few.

His anti scalping policy is comical though. If he finds out you’re selling the figures on the after market for over what they cost, he said he’ll get eBay to shut you down and he’ll ban you from buying from him or any retail partners. Lol, let’s see him logistically pull that off. Plus it’s a made to order product, you can only scalp limited products.

He may be able to not sell to a customer. Hello impending frivolous lawsuit.

But getting eBay to shut the auction down. Doubtful. There was a fraudulent auction using photos 100% from my prop work. I notified Ebay and they did nothing.

Are these being talked about anywhere but here? (And here it's only been 12 pages). Not finding much on the "Not Centurions" either. Is there an active movement to stifle discussion about them due to bad blood or just a general apathy/distaste for the creator? Hoping at the very least for some early reviews to decide for myself.
Top

DennyCrane wrote: ↑
Thu Jun 24, 2021 10:53 pm
Are these being talked about anywhere but here? (And here it's only been 12 pages). Not finding much on the "Not Centurions" either. Is there an active movement to stifle discussion about them due to bad blood or just a general apathy/distaste for the creator? Hoping at the very least for some early reviews to decide for myself.

I may be wrong but I think there's a sufficient amount of buzz around this project. Keep in mind this is a brand new line started by essentially a one man company so you're not going to see the same amount of coverage as the newest Marvel Legend or Black Series release.
Top

Sure I get that, and yes there is "buzz" but very little actual *talk* that I've noticed. Almost like it's banned elsewhere or something. I realize the man's burned some bridges and may not be someone you'd like to invite to lunch (though I personally haven't experienced it yet)
Top

There was also very little buzz or talk about Plunderlings before they came out, for reference. This is common for Kickstarted projects when it’s the first wave of an unknown property. Just not a lot to really talk about currently.

Once these hit, if they are as good as they look, expect every influencer and toy website to hype these up like Plunderlings and for them to all sell out immediately. I think the hype train will start once people have them in-hand.
Top

Exactly the reason why I was hoping to get a jump start on things. If Valaverse turns out badly--QC not as advertised / promised for instance--getting replacements might be a nightmare. If they turn out great, you risk a sellout for anything you're considering but haven't yet bought. I'm still on the sidelines (as I suspect are many) in a wait and see mode. Be nice to have some assurance, especially when the creator has had more than a few PR issues in the past. But as long as it doesn't turn out to be yet another hit and run I'm still interested, for now.
Top

I just want the appropriate cover for Gung Ho.

Yeah, I think you'll see the buzz once folks start getting their hands on them.

In my opinion, this feels a lot like the Plunderlings campaign. I felt from the beginning that those guys knew what they were doing and were going to deliver a great product, which they did. It just feels like that's what's happening here too. I sure haven't seen anything to give me doubt. Those early weapons sets were great.

The buzz might even be a little more amplified here due to the 6" Joe hype.
Top

DennyCrane wrote: ↑
Fri Jun 25, 2021 1:50 am
Sure I get that, and yes there is "buzz" but very little actual *talk* that I've noticed. Almost like it's banned elsewhere or something. I realize the man's burned some bridges and may not be someone you'd like to invite to lunch (though I personally haven't experienced it yet)

I'm not sure what you're looking for. If you're looking for positive community support of this line then check out his instagram and website. Also, this very thread pointed out that there are Youtube channels that support him as well. If you're looking for independent reviews of the line, well, kind of hard since it's still in production. However, Vala did send prototypes to a few prominent Youtube reviewers. Off the top of my head, I believe Shartimus Prime and Toy Galaxy have reviewed the prototypes.

If you're unsure whether or not you want to invest in the line then wait until the early backers have the figures in hand and see what they say. At that point, you'll still have an opportunity to buy them. Vala says he'll have extra inventory to sell after the initial backers receive their figures. The line has also been picked up by Big Bad Toy Store so that's another avenue to pick up the figures if you prefer to wait.
Top

Yes, Shartimus Prime reviewed the pre-production prototypes. That seems so long ago.

I think that most people are just watching and waiting. Up to this point, except for the weapons sets the general public have get to product in hand. That will be the proof of concept. Toys in peoples hands.

I hope the line does well and gets back into toys like 21st Century and the like did while avoiding the undeserved negative publicity that did in Plan B. I really need WW2 soldiers for Cap plus equipment to make a 6 inch War on Terror Cap.

Do any non-major company lines have buzz?

I mean, there's been a ton of really solid KS funded toys come out in the past few years. Most have threads around this size or smaller.

Independent toys just don't get that much hype.

And much of the discussion that does happen, for lines like this and CFT as an example, are of what an ass the person in charge is because there isn't much to talk about other than their constant foot in mouth disease. But there's no conspiracy. If you remove gripes about the creator, this thread is half as big. There just isn't much to talk about. Especially when there's no product other than some unpainted guns.
Top

I'd say there will be a little more buzz than usual tomorrow, as Valaverse will be on display at Joe Fest. Bobby is supposed to reveal Wave 2, including the special celebrity figure. And while there won't be any Wave 1 figures for sale, from what I understand he will have some there for people to check out. I think he even said on a youtube video stop by, pick the figures up, move them around and see for yourself. Something along those lines.

I'm kind of waiting for tomorrow to see just how "in" to this I'm going to get. I do already have some things pre ordered, but based on what's to come I will see how deep I want to go.

And while some of us have talked about Bobby on here. including myself, I don't think any of us are against him or his products. We all want these to do well, and be as good as he says. And as far as the things he's said we have discussed and talked negatively about, it's just from a point of professionalism while running a business. I would never say someone is a good or bad person just by some opinions or comments. I don't know Bobby at all, and would never judge someone or say what kind of person they were without knowing them.

He has just said some things that seem like you wouldn't want to say as a business owner, and the face and spokesperson of said business. It just comes off rude, negative, sometimes arrogant, or over the top. But at the same time, in this day and age, even if you only said the best and nicest of things someone would try to tear you down, or find fault in your views. So, I don't think you can win either way.
Top 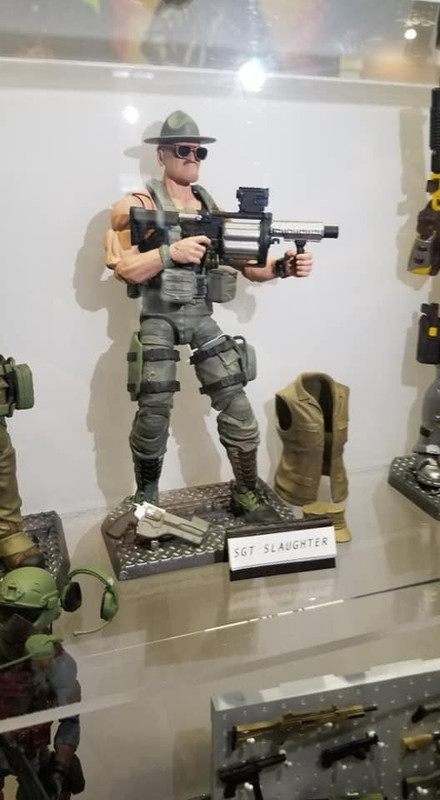 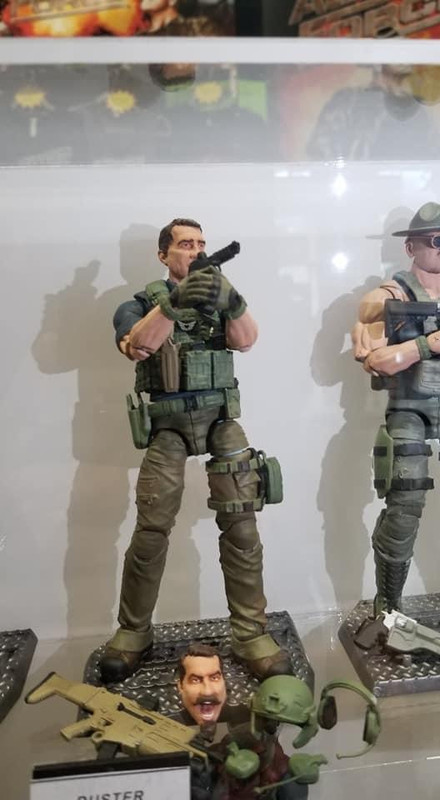 Figures look decent. Something still looks off with the hip\leg joints, the look a bit gangly. Bobby did say these were about 85% which my be why everything looks like it’s fragile. Or could just be my eyes lol. Tim Kennedy I have no idea who that is so kinda a let down
Top

Someone has this on youtube, and it shows who is in Wave 2.

Unfortunately it looks like Blowback (my favorite that I thought was to be in Wave 2), and the Crimson Trooper seem to not be in Wave 2. I don't know it was ever confirmed they would be, but it was speculated. I had always heard Wave 2 would be

So 5 of those were accurate, 2 were not.

But all the figures for Wave 2 look great, and I'm glad they did a Sarge without sleeves or a jacket.
Top
Post Reply
348 posts