YO JOE! Whether it's the 6-inch Classified Series or 3.75 from various years, let's talk G.I.Joe!
Post Reply
381 posts

Gave Punk Storm an X-Force Psylocke grip hand & Juggernaut Deadpool's knife to put in it to bolster Zartan's numbers a bit until his sister & more official Dreadnoks come out.

Got Walgreens Zemo with Cobra, and regular Deathlok & What If...? Zombie Cap as Mindbender experiments (though, they're back on the Joe side for now, as my Cobra Troops go all the way to the back of the shelf - I'm planning on splitting Joes & Cobras into separate shelves). Movie Snake Eyes body with Commando Snake Eyes feet, and Retro Mister Fantastic's coat & arms waiting on Mindbender's head & neck. My custom Destro with Klaue tie & collar and Flint forearms. Put Beachhead's beret & Articulated Icons red scarf on a Cobra Island Cobra Trooper, vest cut down to just the belt & hip holster, wearing the armband & goggles he came with as the Troop Leader. Other C.I. Trooper with goggles, and the same armband upside down as a mid-between rank. Still need a name for PDD...kinda wanting to call him "Goldenface" and throwing together a kitbashed "Michael Scarn" to go with the Joes, lol.

Copied The_Kilted_Fett's Cover Girl (and it just dawned on me she also resembles Danger Girl's Abbey Chase, which is amazing, and I'd absolutely mix those characters in with this line...crap, I'm gonna need to make the rest of them, aren't I?

Also, Arctic Storm Shadow is my Gin-Zu with Akiko & the Red Ninja's of the Arashikage Clan.

Forgot to share these. It's the Jazwares Fortnite Legendary Series The Scientist. Works well as some kind of advanced SuperB.A.T. (Equipped with the Hasbro Overwatch Reaper shotguns.) 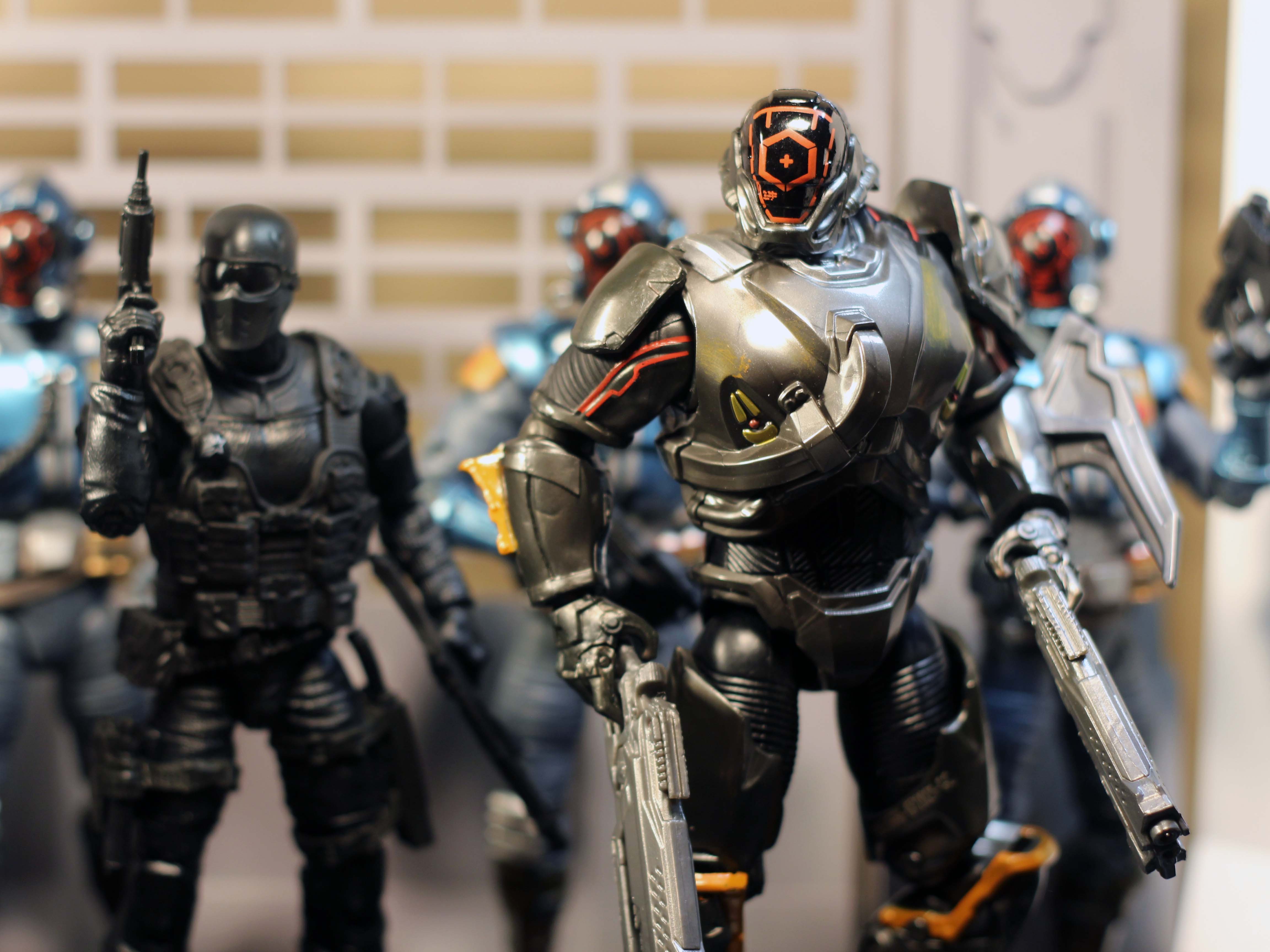 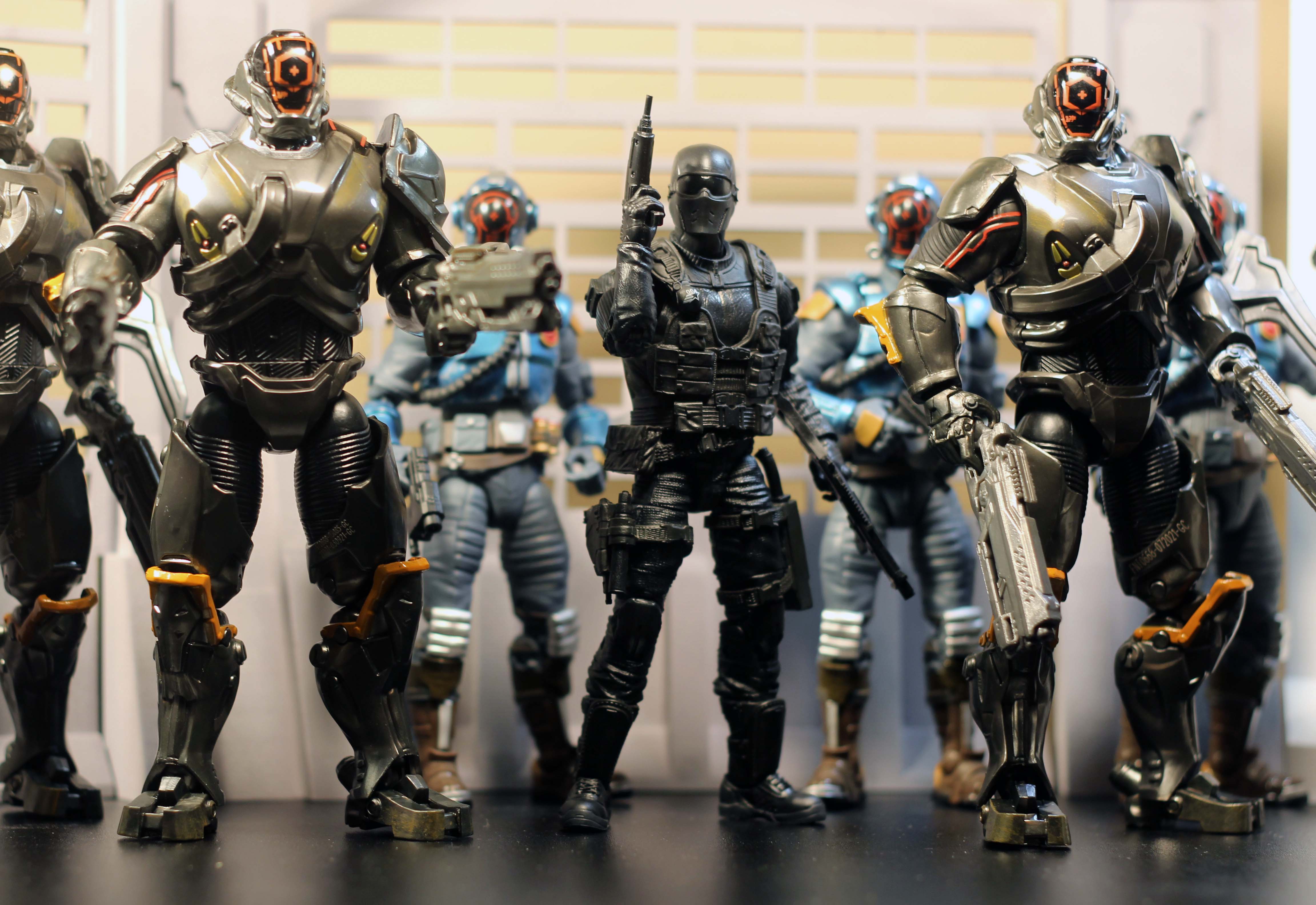 Tiny Arcade's Atari 2600 to provide your Joes some MWR. 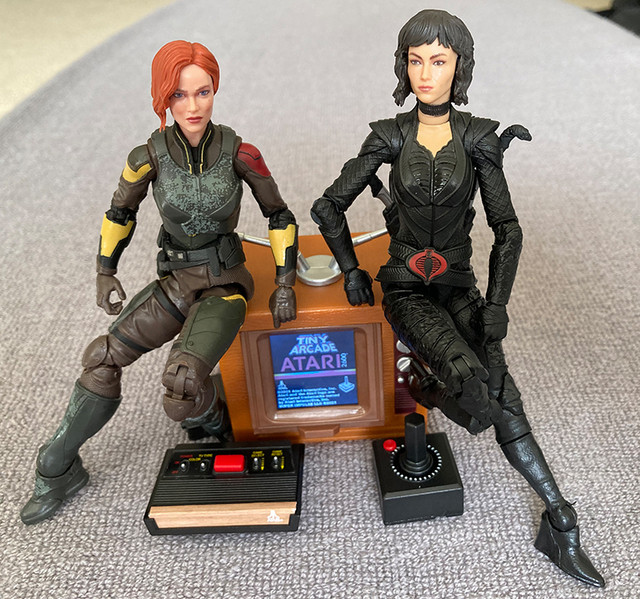 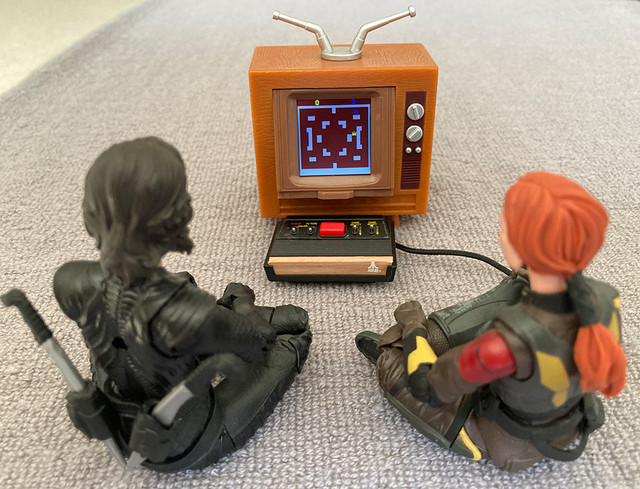 The Joystick and RF modulator are too large but the TV and console seem to be the right size.

Plus it actually functions.
Top

Pulled my McFarlane Danger Girl figures out of storage, because the crossover just works so well.

They definitely skew a little taller (I LOVE how Major Maxim towers over everyone), but not so much that they're not fudgeable. Still really want to customize more articulated bodies for them (especially since I couldn't find Sydney's exact whip, or Abbey's holster). Also, unsure what I want to do about Cover Girl. The official figure looks good, but so does the custom I copied. The hair definitely makes me think of Abbey, though...but I'd use the McFarlane heads regardless, because why not?
Top

Oh, if I customize more Classified-styled bodies for the women, I'm leaving him alone for sure, lol.

Trying to figure out how to best replace the Hammer logo with the Cobra logo, without looking customized...
Top
Post Reply
381 posts