FWIW I wear a monocle pretty much daily.
Top

I have to carry your post to the top of the next page so my post doesn't seem so random.

I googled the current use of monocles. The Washington Post had a fun quote from another source about the comeback of the monocle in 2014:
"The one-lensed eyepiece, an item favored by 19th-century military men, robber barons and Mr. Peanut, is finding itself wedged anew into the ocular sockets of would-be gentlemen seeking to emulate the stern countenances of their stuffy forebears.
Martin Raymond, a British trend forecaster, credits the rise to what he calls “the new gents,” a hipster subspecies who have been adding monocles to their bespoke tweed and distressed-boot outfits. On a recent trip to Cape Town, Mr. Raymond said, he saw such a group carrying monocles along with tiny brass telescopes kept in satchels."

Another reason to want to turn back time to 2014.
Top

I’m, like, the opposite of a hipster, and yet I absolutely want a monocle and would totally wear it. I actually have one eye that is significantly weaker than the other. I think I’m gonna get one.
Top

I would love to ask a Target associate to check the stockroom while wearing a monocle.
Top

Monocles are so cool I'm going to get TWO! one for each eye! and I'll link them together across my nose so they stay on better, and maybe add some behind the ear hooks for added stability! Yes, that will be SUPER-COOL!!!!
Top

mrboshek wrote: ↑
Fri Dec 02, 2022 7:49 pm
I would love to ask a Target associate to check the stockroom while wearing a monocle.

I wear a monocle, but not where you think.
Top

mr_mxyzptlk wrote: ↑
Fri Dec 02, 2022 7:54 pm
Monocles are so cool I'm going to get TWO! one for each eye! and I'll link them together across my nose so they stay on better, and maybe add some behind the ear hooks for added stability! Yes, that will be SUPER-COOL!!!!

Isn't that called a Bionicle?
Top

Unrelated to toys, I have a delayed item that needs approval on Amazon. For some reason Amazon won't accept the approval. I click the Update Order button, but the approval needed warning doesn't clear, even if I log out and log in. Weird. I would be so annoyed if it was something I cared about. It was originally supposed to ship around 11/20, but if I try to repurchase, the estimated delivery is in February.

Well I got notification that Zartan, Dusty, and the Crimson Guards I ordered are scheduled to be here Wednesday.
Top

Yes, he’s got a simple design which could have been spruced up. But his helmet just doesn’t fit well. I think reusing Duke’s head which likely wasn’t designed with a helmet in mind results in a head/helmet which doesn’t work like it should. The helmet doesn’t really snap on, like how Stalker’s beret does. Dusty’s helmet just kinda swims around on his head.

Also, Dusty’s gun’s stock limits how he can wield it. He has to tuck it under his arm and hip shoot with it. I realize the gun is likely accurate to his RAH version and real world inspiration, but some toy guns are too accurate for figures to aim properly (long stocks which could dig into flesh and blood but not plastic).

Dusty isn’t horrible. But he’s also kinda disappointing even knowing some of his “faults” going in. Looking forward to my Zarana and Crimson Guard next week. Zarana especially. And I just opened Serpentor, who is most likely Figure of the Year for me.
Top

Strange. It seems like one of my local Targets got a fresh new batch of Lady Jay and Flints. It took forever, but this Target managed to whittle down that wave to just around 4 Lady Jay but now her numbers are back up to 8 and 4 Flints. No Cobra Commanders though. This is the Target where I saw like 6 TF Outback’s last week and of course 0 now.

New Joes still seem mostly non existent at retail at my local stomping grounds. Mostly everything is still by online ordering with me for Joes so far.
Top

Sounds like Dusty could have used a monocle. Or something. I might cancel my PO if he's that disappointing.
Top

You guys must be the reason I got this ridiculous targeted ad this week... 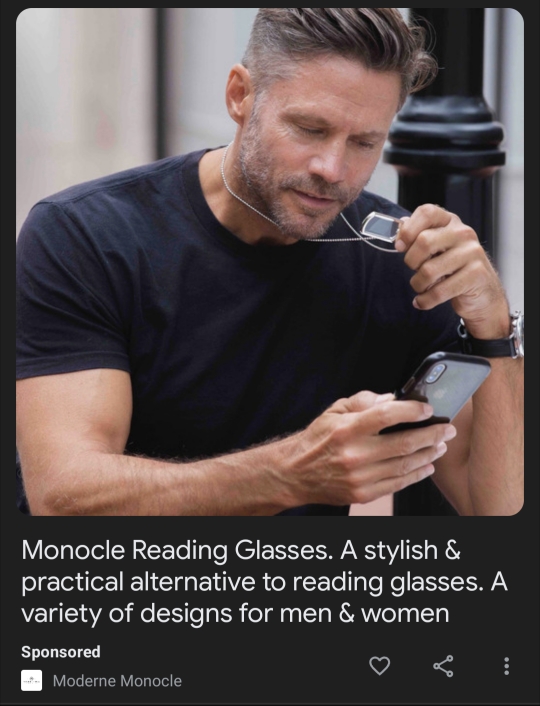