FIGURES IN A HALF SHELL! NECA, Super7, Playmates, if it possesses Turtle Power, talk about it here.
Post Reply
3183 posts

April would look much better with a little dull coat
Top

If I didn't know this is Super7 April figure, I would thought it something from Happy Meal. Her head is too big for the body and her skin is very shiny. Everyone immediately forgot about dull coat? What is this? The Loyal Subjects? I'm glad I didn't pre-order her. Just can't justify spending 50 bucks on this.

wildmaiden wrote: ↑
Fri Jul 30, 2021 2:15 am
Hey guys, those are my photos that I posted over on /r/ActionFigures. Here are some additional shots of April. I'm not a photographer, there are no bright lights, just simply a nearby window, and no flash on the camera. April is very shiny. I don't believe there is any paint on her face (other than a very light blush highlight) or jumpsuit, it appears she is simply molded in flesh-colored and yellow plastic.

I actually like her quite a bit more after having her in hand. She strikes a very strong nostalgia chord, which is frankly what I want from a line like this! The single jointed elbows are also a bit of a disappointment. In my opinion, if the face were painted and less "toyish" this would be a really great figure. 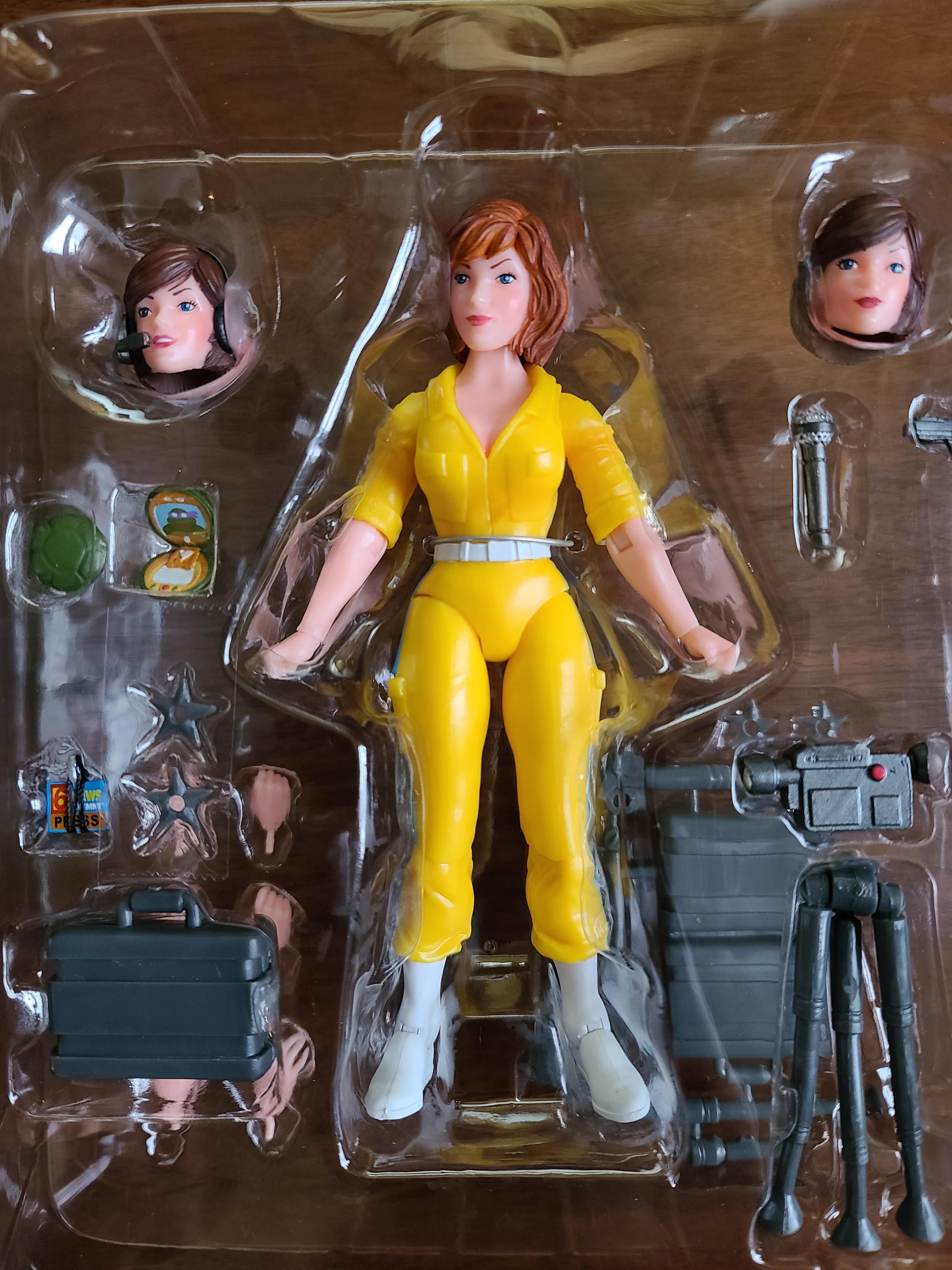 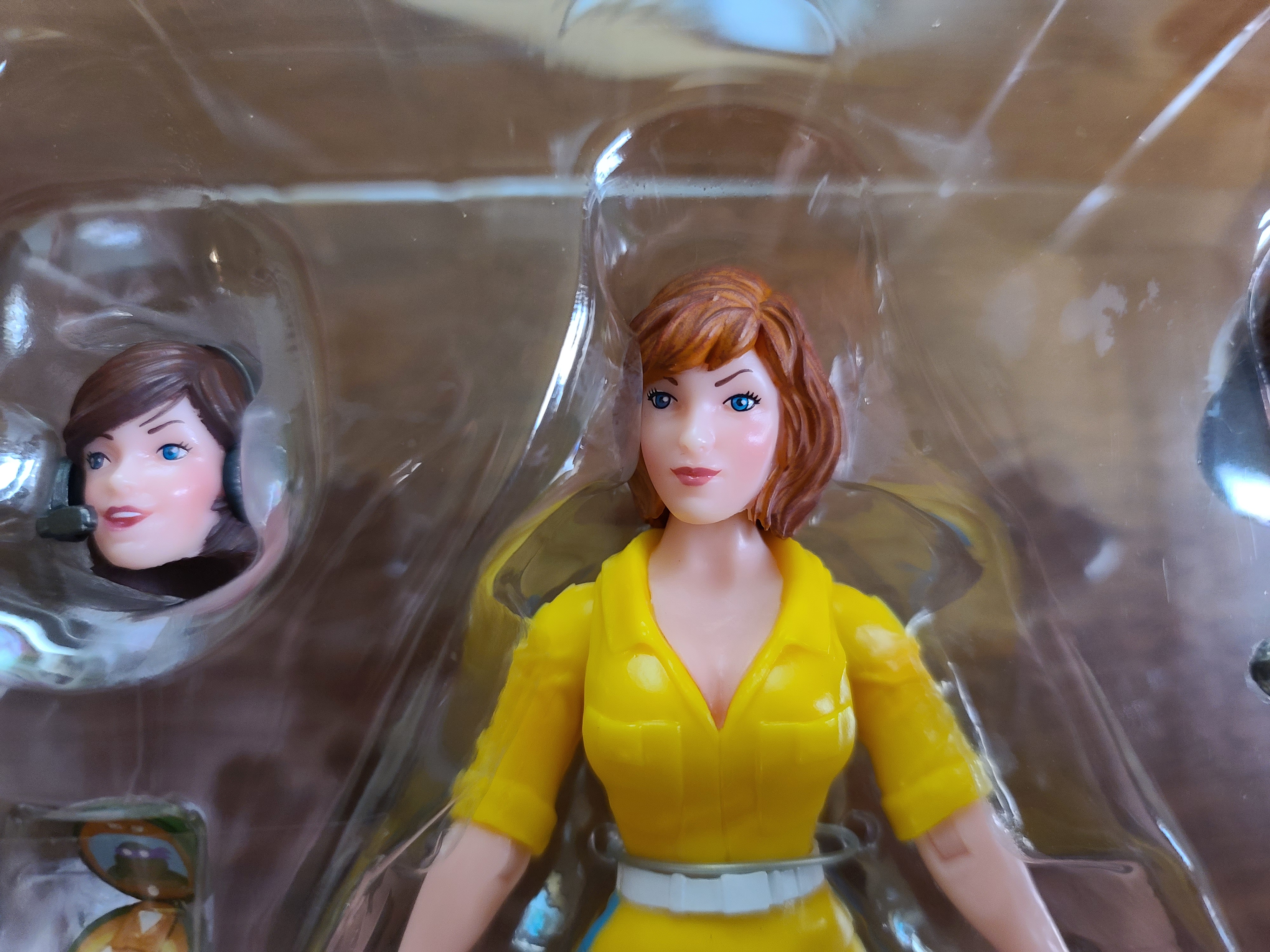 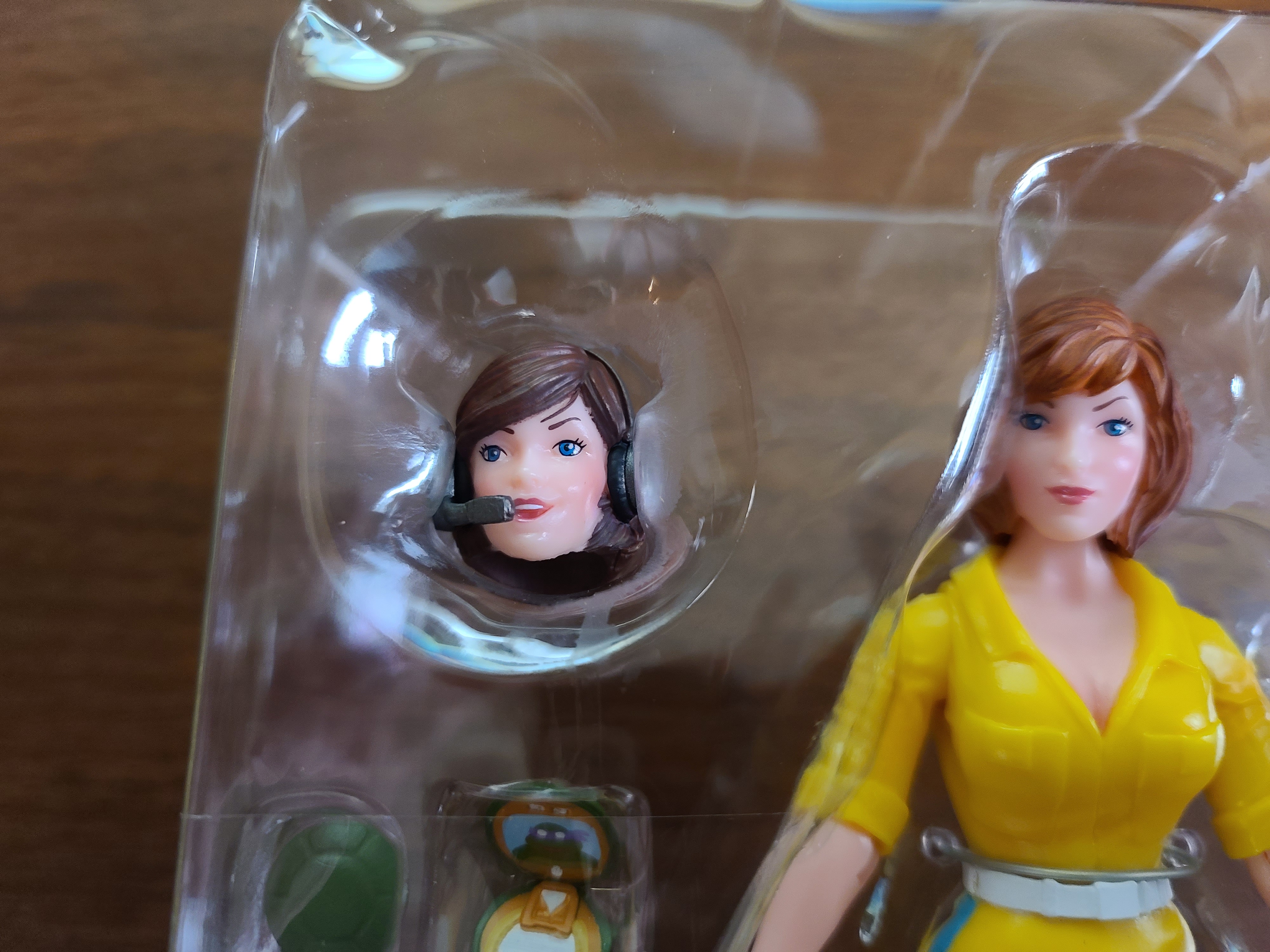 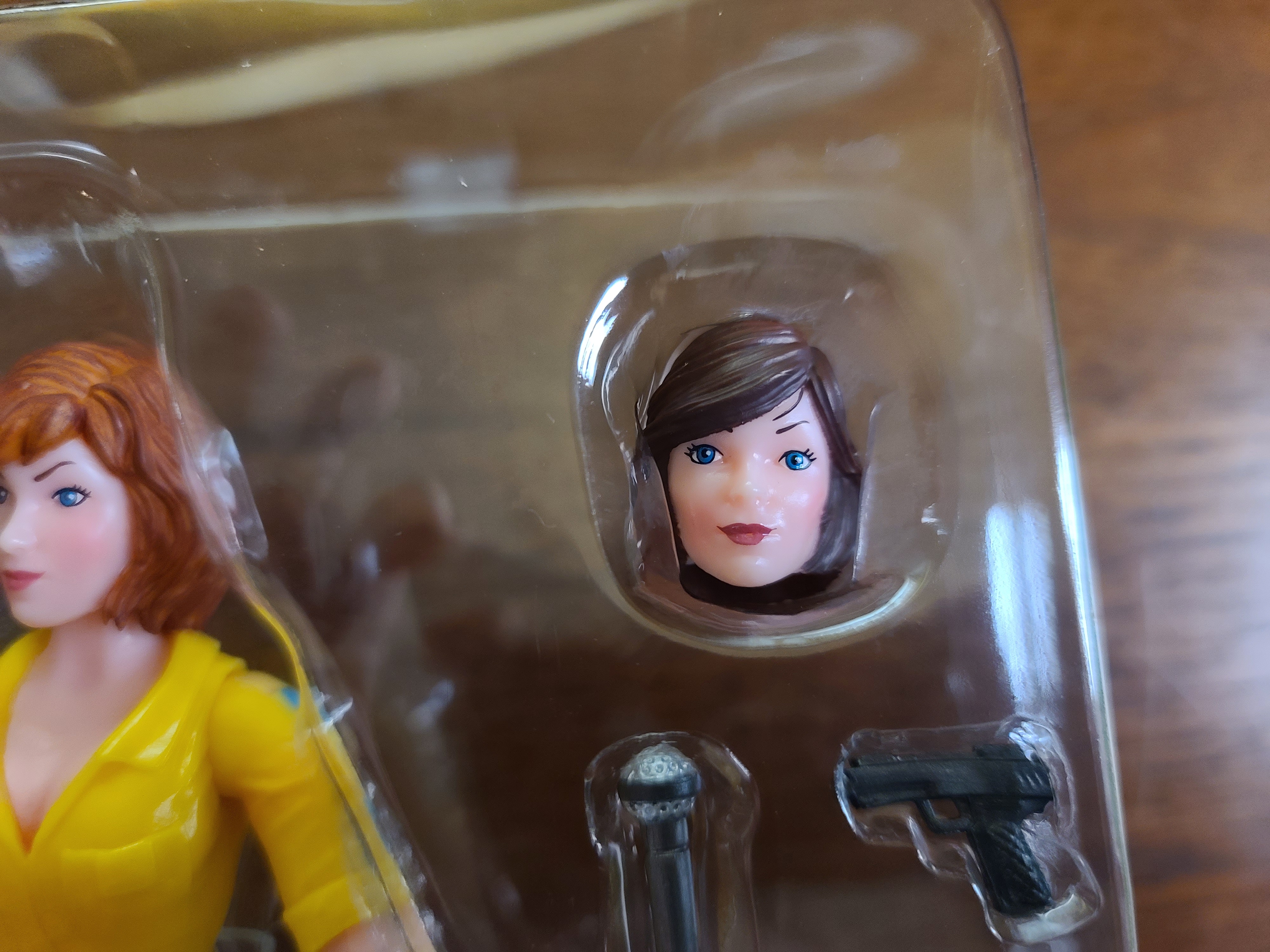 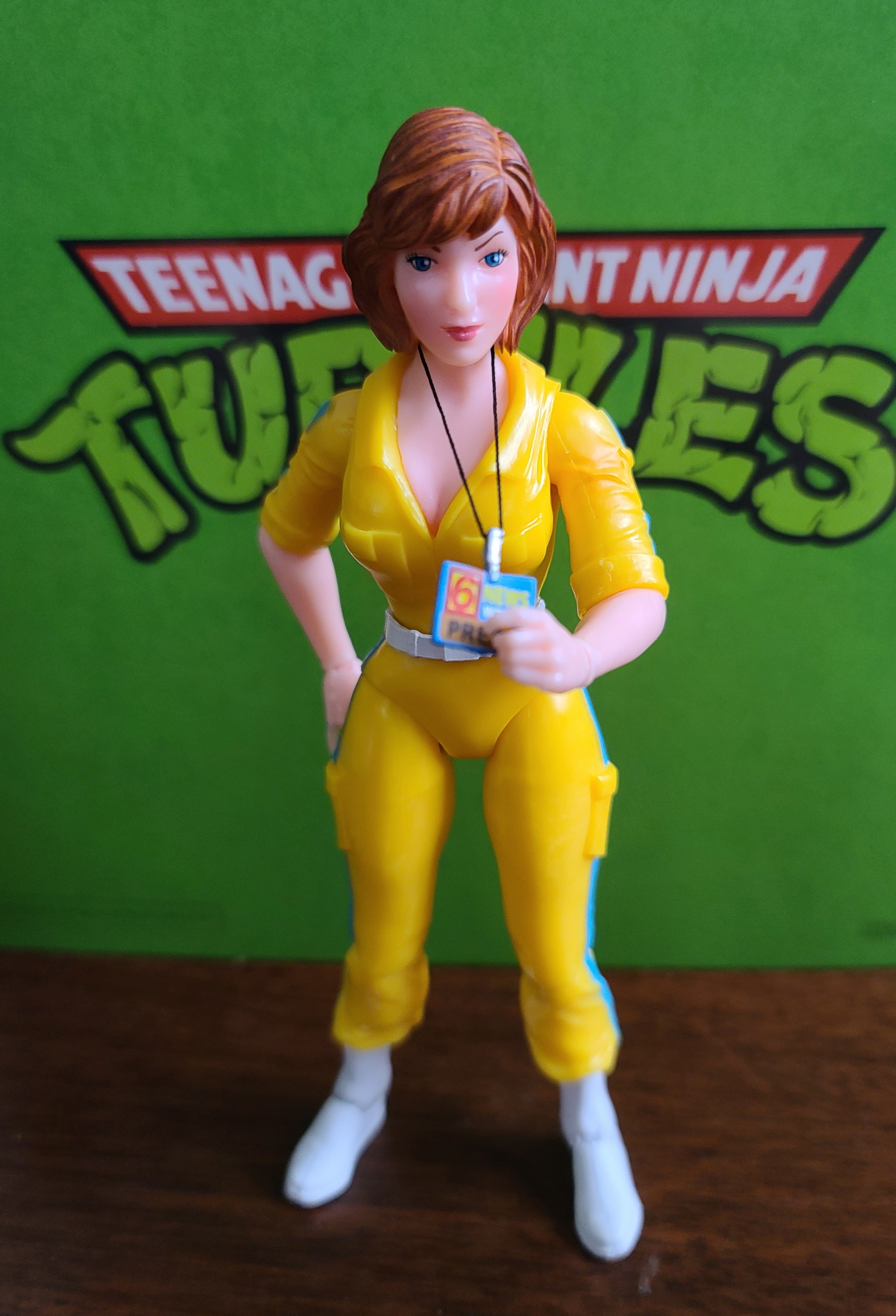 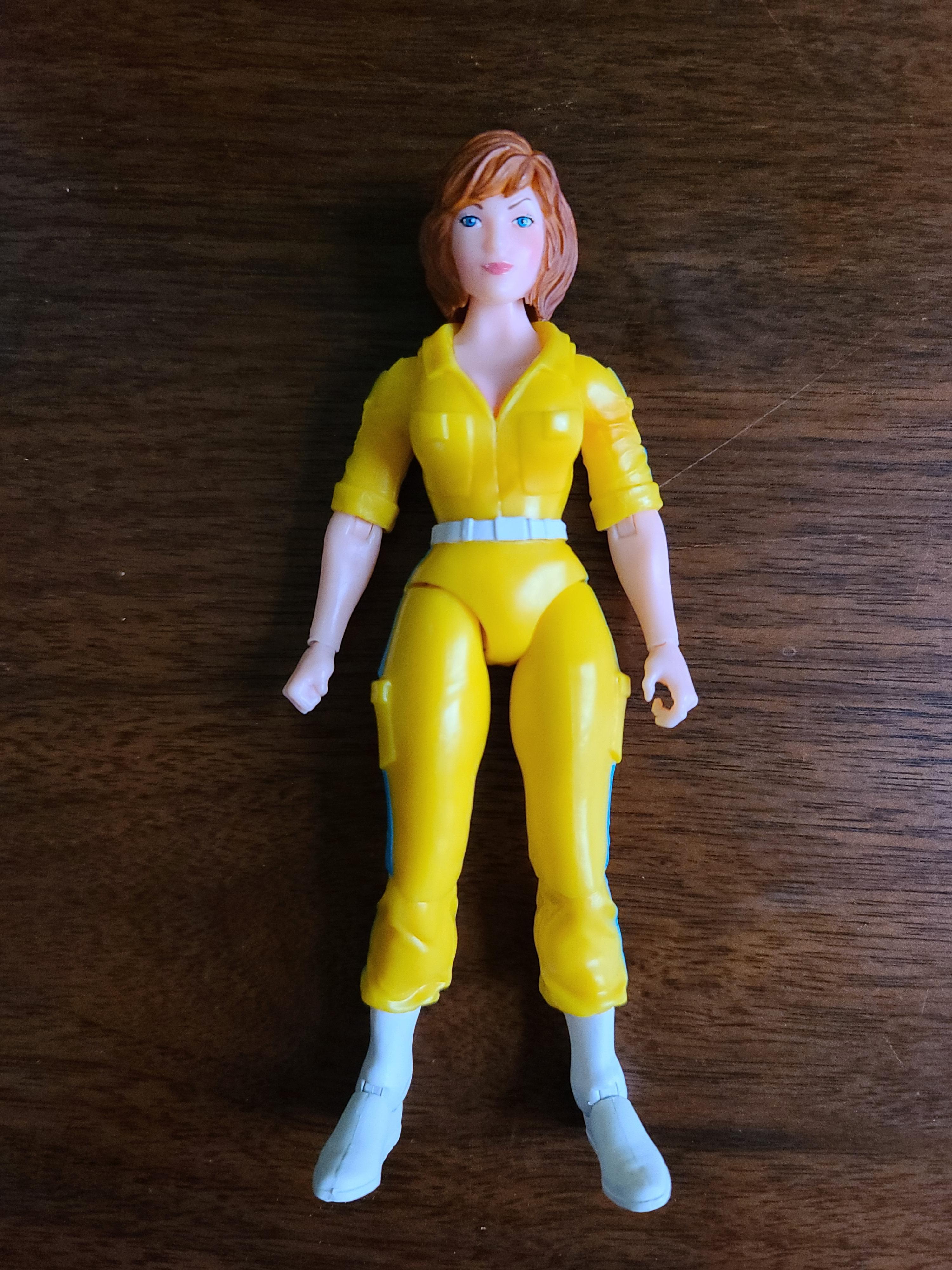 Thanks for the pics! I still stand by my initial thoughts but I will say... that channel 6 badge is a cool accessory!

Mind taking some out of package shots of Mikey, Rocksteady and Metalhead?
Top

I think they all look great. I’m actually most disappointed in Metalhead and it’s nothing Super7 fault. It’s just weird with his neck and flat gray for me.
Top

No vac-metal on Metalhead is a bummer, but I get it. But dammit, I just can’t help but love some good ol’ chrome on toys. April came out exactly like I expected. Super7 is just not good at making human figures. Mikey is mostly a known quantity and looks great, and Rocksteady looks incredible, definitely the star of the wave.
Top

Can always chrome it yourself.
Top

Really disappointed with April. She's the only one I ordered to give Super7 a chance, but those headsculpts are ugly.
Top

My PoL with these should be here Sunday. Kinda fast for the $4 shipping.
Top

I think that'll make a load of difference. I'm undecided on doing a BBTS order because I needed to see some more of her and see some reviews. I may also see about doing some very light shading around her yellow jumpsuit to bring out the sculpt, because the details ARE there but getting lost in the high saturation of the plastic. There's more customization I might be able to do to make the figure "pop".

Seeing April out of package, I will admit she does look much better. Not amazing but better. Definitely the weakest link of the wave, but I'm prepared to call her the best or 2nd best modern April fig released, short of having her in-hand (I know that's not saying much...). Going back and forth over my original figure, it's definitely faithful to the original, which I know is both deliberate but a big limitation. She's toyetic, which is the point, but it's still off-putting as I think far more of us have nostalgia for her cartoon image. Looking at her original card art, she DID have that sort of porcelain doll look, and they translated that well.

As for the rest, Rocksteady is definitely the star of this wave. The amount of detail and shading he has is one reason why there's such a gulf in difference between him and April. Mikey looks good, and his screaming happy face is growing on me. MetalHead looks solid, even if the chrome of my original figure didn't quite make the cut.
Top

I think April looks like a larger version of the vintage figure with improved articulation.

Which is what this line IS.

I see no issue other than my own desire to use the red hair, but also that awesome headset, lol. But that's a personal problem.

How's her quality? I was afraid to move my Foot Soldier's joints to avoid breakage, and my Bebop's hips are looser than I would like for such a massive, top-heavy figure.

Is she too tight where looking at her will shatter her? Is she too loose that she's essentially a marionette without the strings?

That's what I want to know, please.
Top

Same here…maybe he fastest bbts processing ever. Only had this wave and figuarts Pac-Man in my pol
Top

Also, I'll criticize no vac-metal on Metalhead, because unlike Silverhawks, where it would NEVER last the first articulation operation, the vintage MH figure only had it on his torso, which shouldn't have any articulation...
Top

I bet the issue with April's faces is not so much the shine but the waxy, partially translucent plastic used. The nose and details are practically see-through. Same thing happened with Super7 Filmation He-Man and She-Ra (and probably other figures, but I only have those). Dull coat won't be enough, the faces need to be fully painted.

Sent from my G3112 using Tapatalk

Got my figures in from BBTS. April looks way better in hand than any of the pictures I've seen so far. I am very happy with it.

Wave 3 is anther homerun for me and further cementing this as my favorite TMNT line going right now.
Top

Wave 3 is anther homerun for me and further cementing this as my favorite TMNT line going right now.