FIGURES IN A HALF SHELL! NECA, Super7, Playmates, if it possesses Turtle Power, talk about it here.
Post Reply
3206 posts

Super7 had no problem giving Ray Fillet a long neck, when the original (and the animal he was mutated from) do not have necks at all, so I wouldn't be surprised if sharp teeth show up for Slash.
Top

I’m really hoping we get rat king in the next wave. The cartoon version looks great but nothing beats the grossness of the toy design.

I am cashing out on Neca, and fully embracing this line.
Top

Thats what I did. I finally realized the toy designs were just way cooler and more visually interesting. I was doing both u til I got so frustrated trying to find them that I bailed. Neca of course started offering preorders shortly after that lol. But I really couldnt afford both anyway.
Top

Shredder's the big one where I prefer the cartoon design over the toy design. And Foot Soldiers too, but they don't bother me as much as shirtless Shredder. And April, just because the toy head was so bad, but hopefully Super7 can make a better alternate head for her. But Shredder's the big one for me. Playmates did make a Toon Shredder repaint in the original line, so hopefully Super7 does that at some point. It won't be the end of the world if they don't, I'd be fine with just the shirtless Shredder. But my dream TMNT line has always been Shredder with his cartoon look and the Turtles each in their individual shade of green.

But obviously the Turtles are the most important characters, and for them, I 100% prefer the toy colors. When I was a kid and I'd draw them, I'd always draw them in different shades of green. I still play Turtles in Time on the SNES and I always change the color scheme to the toy mode. That just looks way better to me.

And of course, actually being able to get the figures is another reason I prefer Super7. Yeah, now I can pre-order the Turtles in Disguise pack, but I would still be missing most of the other characters. And if I ended up paying the ebay prices to get them, the NECAs would actually be more expensive than the Super7 figures.

And while I was a 1:12 sized loyalist for a while, mainly because of Marvel Legends, I actually like that they're 7" now. Because I'm getting a few MOTU, Thundercats, Transformers, and GI Joe Ultimates as well. Plus I have the 7" Diamond Select Real Ghostbusters from a few years back. So just having all of my childhood toys in the same scale is gonna be pretty cool.
Top

I'm still in for both.

If I had to drop one or the other, it would be this one. I had more nostalgia for the cartoon than the toys.
Top

Hold up, that's a thing?
Top

Yeah, it has alternate colors you can select in the options menu.
Top

citysushi wrote:Yeah, it has alternate colors you can select in the options menu.

You can also do it in Hyperstone Heist for the Genesis, which I always did.

Does it bum anyone else out that when they do give modern version of the turtles different shades, they always give Donnie a light olive color instead of the deep brownish olive like the original figure? The last time he got that shade was the 2k3 series. I always preferred it.
Top

S7 is both beholden to the originals and also seemingly free to do whatever they want. I get the vibe that a lot of it is sort of how they imagined things in their childhood mind's eye. Thankfully, thus far everything has lined up with mine as well.
Top

Hold up, that's a thing? 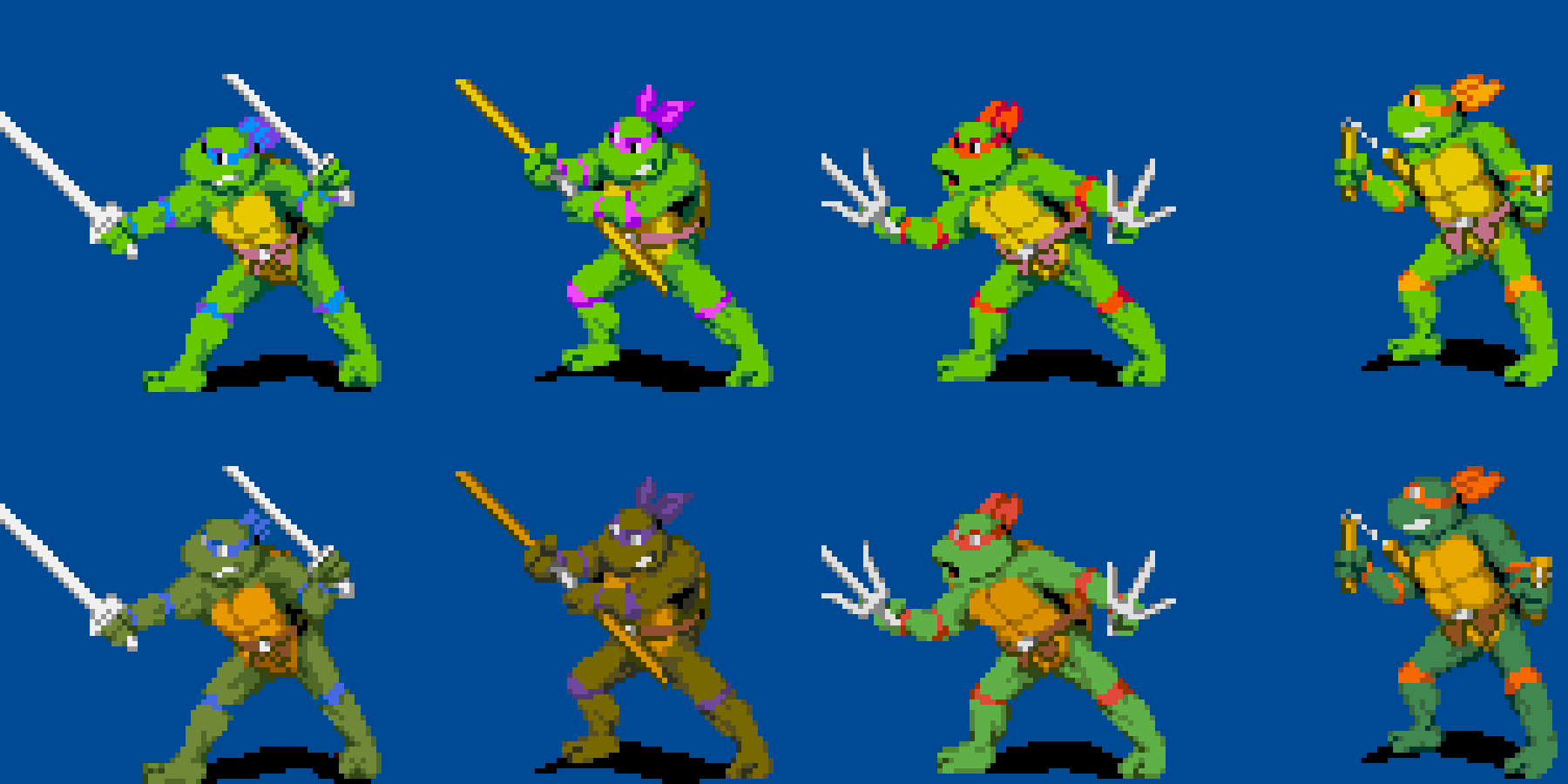 Hold up, that's a thing?

Yeah, it's in the options. It's called "Comic" mode, even though it's clearly toy inspired (also possible the developers working on the game had no idea there was a difference).
Top

Anyone else losing interest in this line? Don’t get me wrong, I love the figures I have but they’re coming out so slowly, and being revealed so slowly, and April’s new head sculpt still not shown with paint, and no indication of a vehicle still.

I was originally going to go all in, including multiples of troop builders like foot soldiers. Now I’m thinking I cancel half of my wave 3 and 4 and 5 preorders from BBTS and just pick and choose.

Skip April, Metalhead, Mondo Gecko, Samurai Leo. I’m not excited for those figures, but I wanted to be a completions of this line. It was my favorite line as a child, and it seems within the realm of space for me to store and display these. And having the whole collection seems fun to be a completion for once.

Since I can’t be a completions of mythic legions (having started late), or of MOTUC (started last year) due to how expensive they are. I’d need to drop $30k to get all mythic legions and MOTUC I missed.

And I have no interest in MCU figures so marvel legends completionism doesn’t make sense. And there’s too many figures and newer variants that are better than older.

But getting into a new toy line relatively early, TMNT S7 ultimates seemed like a good idea for a completionist line. But my excitement is waning. And that’s not a bad thing, I have too many figures to display as-is.

It seems like Super7 has so many properties they don’t care much for this line anyway. So it’s making my interest lower as well.
Top

Not at all! I only just started collecting this line so the excitement is still very fresh.

I knew going in that patience is required. And hey, wave 3 should be right around the corner!

I learned my lesson with being a completionist with comics...basically you end up with a bunch of shit you don't even like, just so you can call your collection "complete". What they don't tell you...it will NEVER be complete

. Collecting is much more enjoyable when you collect things you love and appreciate. So pick and choose, you'll be happier for it in the long run.

Not sure how your gauging Super7's interest in their TMNT line? Out of their current Ultimates offerings, this line has the most announced & released figures (at least I think...), AND put their already released figures back into production for those of us (me!) who missed out the first time around.

They are also about to be 4 waves deep into their ReAction line.

Now if you want to talk about slow...let's talk Thundercats