FIGURES IN A HALF SHELL! NECA, Super7, Playmates, if it possesses Turtle Power, talk about it here.
Post Reply
5265 posts

I'm guessing the Saki/Yoshi pack will come this month as a pre-order, and possibly movie April. I think Randy hinted at the rock soldiers being a pre-order possibility awhile back so they're probably coming as well. Maybe Krang. I don't know if they would bother with Zarax and Zork as they seemed to do a decent job of meeting demand on that set. And they're still getting calls to re-release cartoon Casey and April so they'll probably follow. It would be nice if the turtles were included as well, but I can't see anything from the just released 4 pack going up so close to the Target release. Maybe they'll take pre-orders on the style guide ones though. At least the next two Fridays just got more interesting.
Top

That's annoying I'm in the process of moving house and all my free money is going towards that at the moment.

Want the pizza monsters as had the vhs of that episode so fond memories of watching it with my brother.
Top

Nice little Irma tease in there. Doubtful she's a pre-order, but it would be cool!
Top

Got my Pizza Monsters and picked up two more Triceraton packs! I was only able to grab one of those, so it'll be fun to add the army builders!
Top

I got 2 pizza monsters, 2 triceraton/Rodney packs (my first, and only, 2 sets I’ll get) and 1 rat king/Vernon since that isn’t an army builder set.

Brickseek/WM.com show my closest store is now out of pinball sets, but that still doesn't guarantee that I would've gotten one if I'd gone last night. Both have shown "in stock" and I've run over, and nothing is on the shelves, and the employees are as useless as usual looking them up (yes, I'm nicer in person - people won't help you if you give them attitude...or call them "useless" lol). Oh well. Don't want shiny Shredder, don't want to pay $50 on a shirt ("but you can sell the figure!" - tell that to the piles in half my bedroom & 1/4 of my storage unit...)

Grabbed two Pizza Monsters, though one might go to Threeps.

What other sets could they put up for preorder the following weeks? With the Trike Soldier & Rat King, doesn't that cover all the existing releases? Or they never put April & Rock Soldiers up, did they? Though, it says "surprises each week," which I assume the PM is this week's surprise, so still might get new stuff every week.

Also...that's $45 in shipping if you order something every week. Sure would be nice if they let you just build a "pile of loot."
Top

How many pizza monsters were in the episode? Looks like you can only order 2.
Top

What other sets could they put up for preorder the following weeks? With the Trike Soldier & Rat King, doesn't that cover all the existing releases? Or they never put April & Rock Soldiers up, did they? Though, it says "surprises each week," which I assume the PM is this week's surprise, so still might get new stuff every week.

Also...that's $45 in shipping if you order something every week. Sure would be nice if they let you just build a "pile of loot."

Yeah, that's the part that sucks because I just realized the press release specifies "Cartoon turtles." It would be one thing if one week was movie turtles, one week cartoons, etc. I collect it all so I'd still be a little annoyed at being hit up for shipping on each order, but I know some only collect one line. Given that there are surprises, maybe that Irma will be one of the pre-orders after all. An Irma/Rex-1 pairing could conceivably be something they don't feel needs to go to Target. Human Bebop and Rocksteady could be another possibility or an accessory set. Ultimate Foot Soldier is another that may just get punted over to the NECA store given how that one seems to just keep getting pushed aside in favor of other releases. I'm expecting the rest though to be pre-orders for any two-pack that hasn't had pre-orders yet.
Top

I promptly ordered two Pizza Monsters. They look great! I now wish I hadn't paid so much on the Secondary market for Rat King.
Top

Threeps & I just realized that because the preorders stay up for 10 days, but the preorders go up every 7, you can conceivably wait & get weeks 2 & 3 together. But that's still $30 in shipping, lol.

And while we're in the wrong thread, yeah, I hope movie April goes up after Judith's last stream, which if she's doing one every Tuesday in the month, the 30th is a Friday, and after the "three weeks of cartoon." Maybe Yoshi/Saki will be that Friday as well (still unsure I even care, lol). But even then, that's still more shipping, lol. UGH. *don't complain, this is easier than running around to 35 Targets every day*
Top

I ordered a pizza monster. Couldn't pass it up.
Top

Yeah, I ordered a pizza monster too, he looks fantastic. Don't want to clutter up my shelves with army building so I'm just sticking with one.

Really excited about the Irma tease! I was wondering how they would handle her skirt, seems like they went with a rubber material (which is the right choice in my opinion). That will limit the articulation in her legs quite a bit though, not really a big deal for a character like Irma. 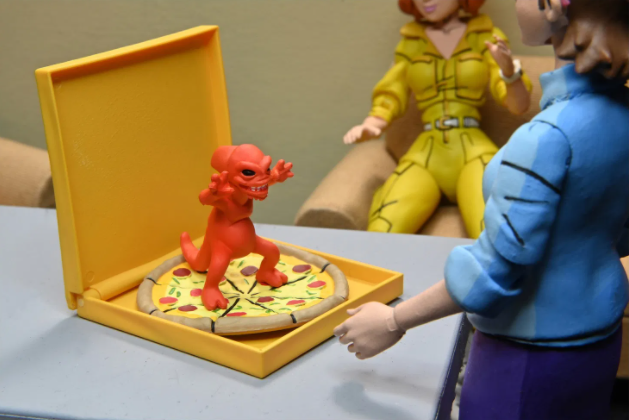 There were 2 in the 'The case of the Killer Pizzas' episode.
Top

I think they got up to as many as 3, maybe more, haven't watched it in awhile. It's easy to find streaming for free online though, if anyone is curious 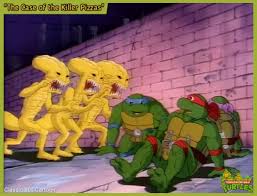 So I know it says limit 2, but its letting me put three in my cart. Anyone know if they'll honor it?
Top
Post Reply
5265 posts