The place to talk about ThunderCats toys from all the companies!
Post Reply
1361 posts

Just got a notice from sideshow that the thundertank has been delayed till Sept-Nov 2022!!
Top

Lasastard wrote: Considering that Lion-O has been made available four times now, with minimal/no changes, I think it is very unlikely that S7 will put in effort and money to do the figure actual justice. Which is unfortunate, really. Not exactly Ultimate, this Lion-O ^^

Agreed on both points. I can't imagine S7 spending the money to fix and re-issue Lion-O again after this latest one. Like.. how many people are actually left to buy it? They'd be depending on most people that already have one being convinced that getting a better one is worth the 75 dollars or whatever they're going to cost by the time that fifth Lion-O makes it into the release schedule.

yorick_skirata wrote: I, for one, really hope for a less MOTU and more modern proportions / cartoon version. I passed on this line, but would get all the cats if they were in a different style (closer to what they are doing with Silverhawks).

Yeah.. that's where I'm at. I was never crazy about the MOTU bodies being used for this, and even less crazy about it when it all fell apart and S7 didn't pick it back up again until well after MOTU itself wasn't even actually a thing anymore. Maybe in ten more years S7 will buy the Masterverse tooling from Mattel to make TCats figures on those bodies. Haha.

TheCollector1999 wrote: Idk I think it’s selling decent I mean bbts sold out of the first wave and they had to do reissues of some of the characters I think that it could slow down but I think it’s far from ending

It's practically a made-to-order line, though. Sell-outs aren't all that impressive. What we aren't seeing is the numbers. If they're already just barely getting in enough orders to meet their production numbers, then it wouldn't take much to suddenly not be getting enough orders to even bother.
And while I'm absolutely not saying that's going to happen any time soon - it definitely -could-. At these prices and at this (unimpressive) level of quality -- I could easily see customers just deciding these figures aren't worth collecting, especially after they've already got the characters people actual like, remember, and care about. And with TCats, the cast of characters people really like is not large.
At the very least, I can't imagine TCats having the longevity and breadth of MOTUC.
Top

Sent from my SM-G965U using Tapatalk

Help, I need someone to talk me out of buying Jaga.
Top

hisdudeness9829 wrote:Help, I need someone to talk me out of buying Jaga.

You should totally buy Jaga.

Oh wait that is exactly the opposite of what you wanted.

When was it supposed to be out before?
Top

hisdudeness9829 wrote:Help, I need someone to talk me out of buying Jaga.

You should totally buy Jaga.

Oh wait that is exactly the opposite of what you wanted.

Haha I’m gonna, I’m weak. I’ve decided I want to try to recreate this classic poster and regular Jaga is on it instead of spirit Jaga. 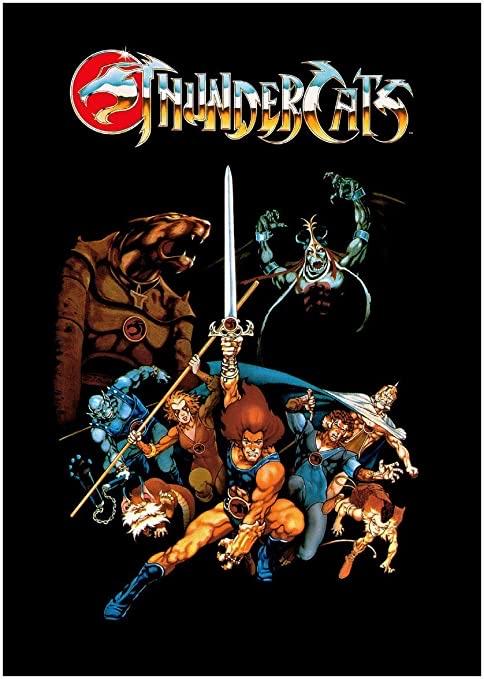 Gambitfan wrote: ↑
Wed Nov 24, 2021 8:32 pm
Anyone pre order wave 3 through comicsandcocktails.co.uk and received their figures? I've had no movement on my order at all but I placed an order for all but Captain Cracker. I'm guessing it might be like I said before that Cheetah is holding up any orders she is in but clarification might be needed.

When was it supposed to be out before?

Originally, January of ‘22 but recently said the summer in an interview. Just the thought of an entire year from now stings. I get it and appreciate eventually getting it but…dang.
Top

The new Lion-O inherited the Mattel figure issues again (abs gaps and shorter height because the compacted center pieces), the translation at the digital sculpt should've been from the 4H resin prototype with better proportions and not from the atrophied Mattel figure. 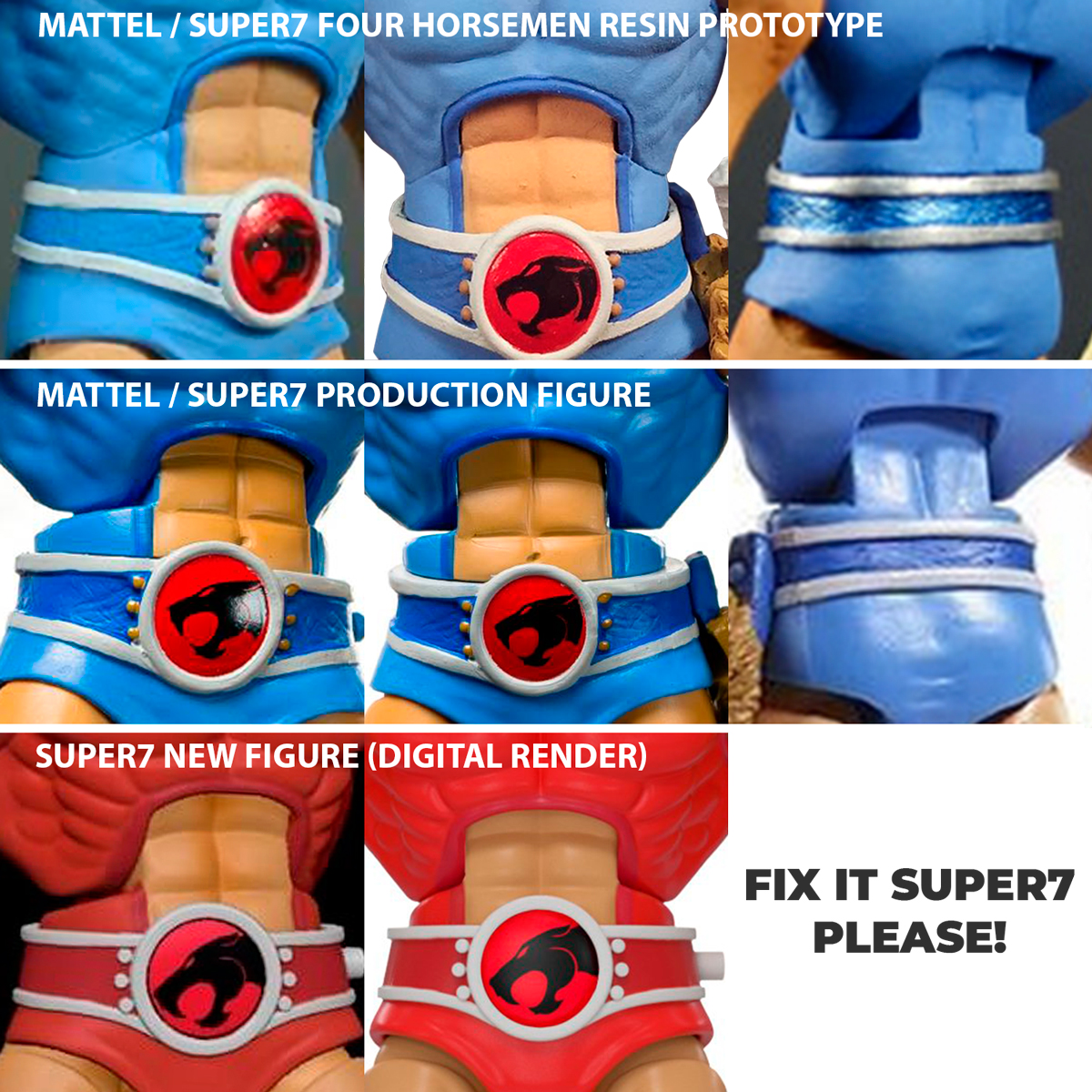 Baedal wrote: ↑
Fri Nov 26, 2021 3:45 pm
The new Lion-O inherited the Mattel figure issues again (abs gaps and shorter height because the compacted center pieces), the translation at the digital sculpt should've been from the 4H resin prototype with better proportions and not from the atrophied Mattel figure.

I would love them to do these fixes to Lion-O, he should be the tallest of the Thundercats just like he is in the cartoon. Maybe they can do a fixed version in a two pack with him as a child. But what I’m wanting more at the moment is to hear that they are going to shrink Vultureman down before it goes into production, he should be the same height as Monkian and Jackalman, and no way should he be taller than the Thundercats. Please Fwoosh guys, can you address this with Brian.
Top

I keep the head on my Lion-o kind of halfway on the ball so his neck doesnt seem too short. For Panthro too...I think it bothered me even more on him.
Top

This is such a not-quite-there for me wave.

Vultureman is absolutely on my want list, but not at that size.

Hammerhand is also a childhood favorite, but not in these colors.

And now I'm questioning if I even care enough about the second wave Tcats to keep my pre-order for Lynxo. You know it's a bum wave when it could actually lose a sale from a previous wave.

This is just my gut reaction right now, though. If Bryan says Vultureman will be shrunk down, I could be back on the train. But a full wave of "yeah, not quites" has me backing off a bit.
Top
Post Reply
1361 posts