Up-Up-Down-Down-Left-Right-Left-Right B, A, Start! - Here is the place to discuss toys related to video games!
Post Reply
33 posts

So I found these at my local Target. They’re kinda interesting/cute. The lack of bicep/elbow swivel is a letdown. I picked up two of Zero to use as ice goblins/demons for other lines. And I got E.L.F. to use as a generic Elf. I’ll probably get quite a few of him to use with the upcoming 6” Santa Claus.

These are the 8 varieties I saw. 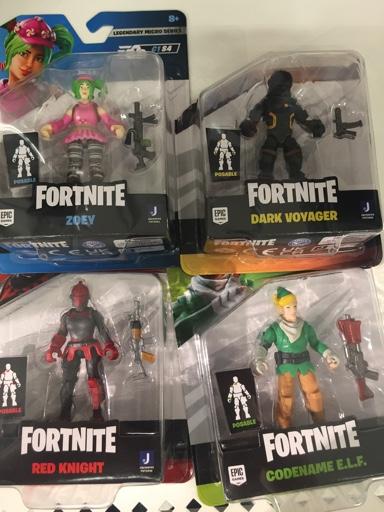 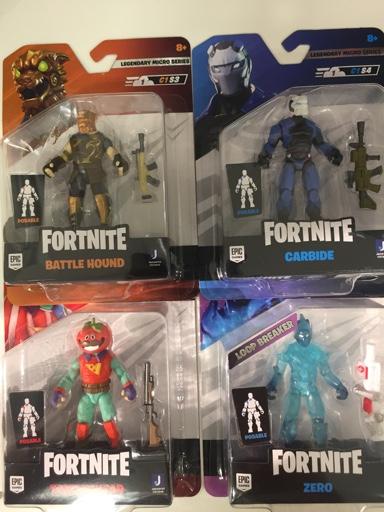 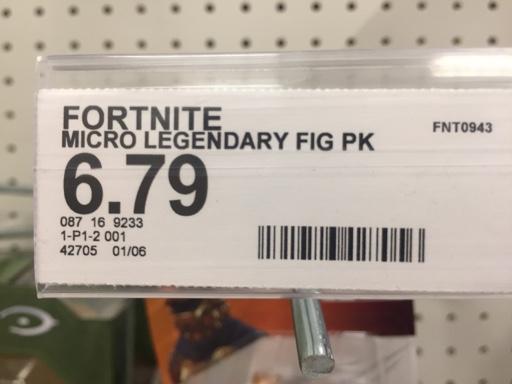 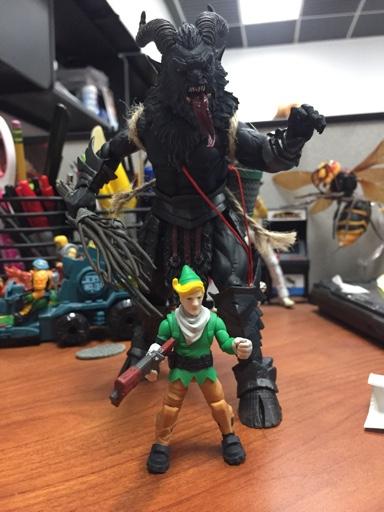 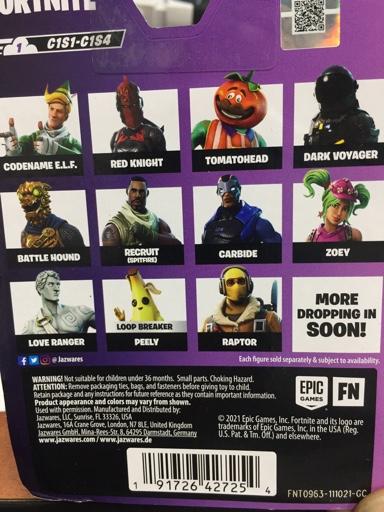 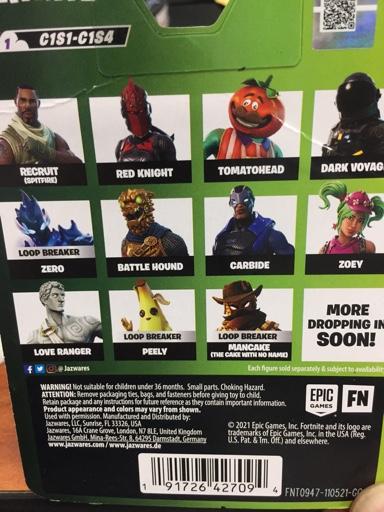 Those are really cute but none of the characters do it for me so far. That $6.80 price can't be msrp.

How do they look with Mega Construx?
Top

Is a Loop Breaker something to do with the game, or something involving these and the bigger sets that are coming? I don’t see anything in the packaging that clears it up.
Top

Loop Breaker has some meaning in the game, but I’m not sure why it’s on the packaging. The Zero I got says Loopbreaker but I don’t see anything significant to the figure or its gun. Then again, I don’t play the game.
Top

Loop breaker in-game means that the character has broken out of the 22 minute loop of constant fighting, though what this means in the context of the figures, who knows.
Top

Why isn't there a Fortnite comic yet?
Top

Peely is Chapter 1 Season 8, Zero is C2S1, and Mancake is C2S5. Then the other two from the Flush box, Doggo and Bunker Jonesy are both C1S9. Everybody else is from C1S1 through C1S4. There's nothing limited or special edition about the loop breakers. It's just a weird way to restrict variety and then add it back in.

The squad pack isn't too bad (Cuddle Team Leader, Bunker Jonesy, Munitions Expert, Peely). I think the underpainted Tomatohead and Love Ranger not having wings are the two weak points so far.
Top

Why isn't there a Fortnite comic yet?

These are cute and definitely have charm. Most of my favorite skins come from the Chapter 2 era (Midas, Jules, Meowscles, TNTina, Skye, Kit as well as the S1 GI Joe vs Cobra type teams) so hopefully we'll make it that far.
Top

The critter-headed dudes are gonna be my easy faves as they'll slip right in next to 18ths as Rocket Raccoon's fellows.
Top

Interesting that the single carded characters look to be in chronological order (the cardbacks indicate they are all from early Ch.1) but the Squad packs are working in characters from later chapters like Meowscles.
Top

So I finally got a reply from Jazwares about what 'Loop Breaker' means, and as some suspected, it's characters from later seasons 'breaking the loop' to be in the line among earlier characters.
Top

Mike DeCamp and Enrique Ruvalcaba were on the Adventures In Collecting podcast and talked about the Fortnite lines. They couldn’t say too many specific things, Mike even said he wished he could take his company hat off and unload everything they’re doing, but they mentioned some interesting things.

They are interested in getting to The Seven sooner than later.

They cited The Agency, Ice King’s Castle, and Authority as sets that they’d really like to get to in the Micro scale.

Vehicles are in the works, will likely be different than those made for the other scales initially.

An exclusive that would have been related to Toyfair is coming in some capacity.

Epic is not keen on truly blind items, so they’re unlikely to ever go that route.

Cube Queen with Cube was pitched, but it’s unknown if it will move forward.

There was more discussion around these bullet points shared but I don’t want to steal the podcast’s thunder completely, it’s a good discussion and they keep it moving at a good pace.
Top

Thanks for sharing these - Cube Queen with the Cube sounds awesome af. Really enjoying the line.
Top
Post Reply
33 posts