Up-Up-Down-Down-Left-Right-Left-Right B, A, Start! - Here is the place to discuss toys related to video games!
Post Reply
614 posts

With these reveals it only leaves Agent Jonesy, Aerial Ace Trooper, Punk and Sgt. Winter from that leaked list back in January.
Top

Deckard wrote: ↑
Thu Aug 04, 2022 12:00 am
With these reveals it only leaves Agent Jonesy, Aerial Ace Trooper, Punk and Sgt. Winter from that leaked list back in January.

I am looking forward to Sgt. Winter (basically tactical Santa). That was actually my first real skin that I used in the game for a long time.

Punk is a Pumpkin head. If they can get this wave out by October and the Holiday season, that would be nice.
Top

A friend was able to grab Ceasar Peely, but I missed out.
Top

Ooh.. this is a Ragsy I can get behind.
Any Marvel Legends heads out there that could fit the bill? 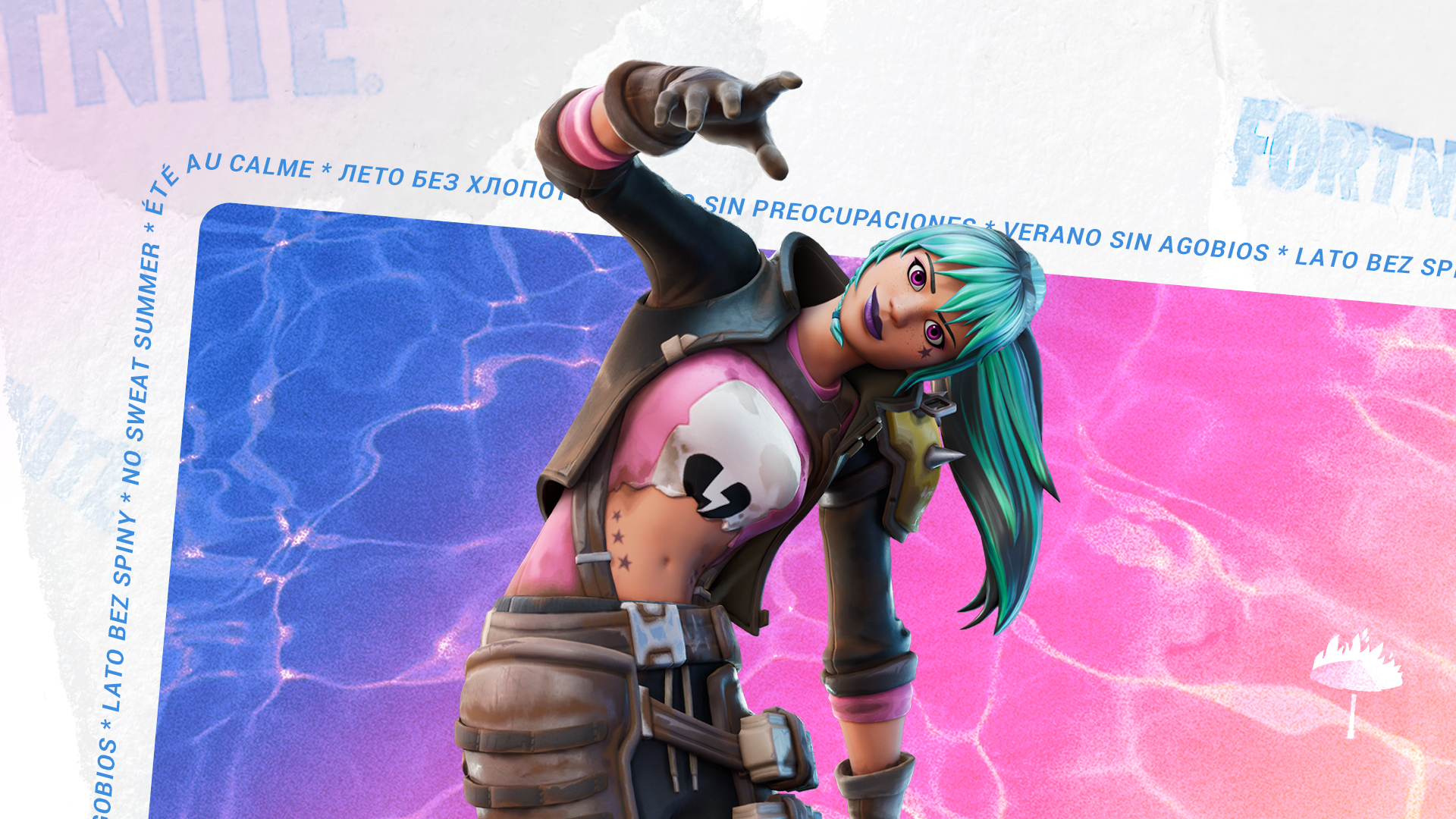 I bought that skin, and then while waiting for a lobby, I went on amazon and ordered the figure. I wonder how long it'll take Hasbro to get the unmasked version out there.

that headsculpt does look cool, is there a chance they'll do it?
Top

Wasn’t sure if reported earlier, but Fortnite SnakeEyes is back on Pulse for anyone interested.
Top

Saw Brutus at Target and Walmart today. I was already grabbing 2 other things at Target so I skipped him there, but when I saw him while getting some groceries at Walmart, I threw him in the cart with everything else.

He's a fun figure with some cool accessories, but the left arm on mine popped off the shoulder peg after I got him free from his little restraints in the cardboard. Thankfully it popped right back on, and seems secure now, but a word of warning to those getting him, in case this is a widespread issue.
Top

Got Mancake and this figure is amazingly fun. Such a playful and creative design. Maple syrup on the heads; a money bag full of pancakes; a stack of pancakes on the shotgun; waffle iron grips for the pistols! This has got to be the most fun character design of all time, and the figure came out really nice. 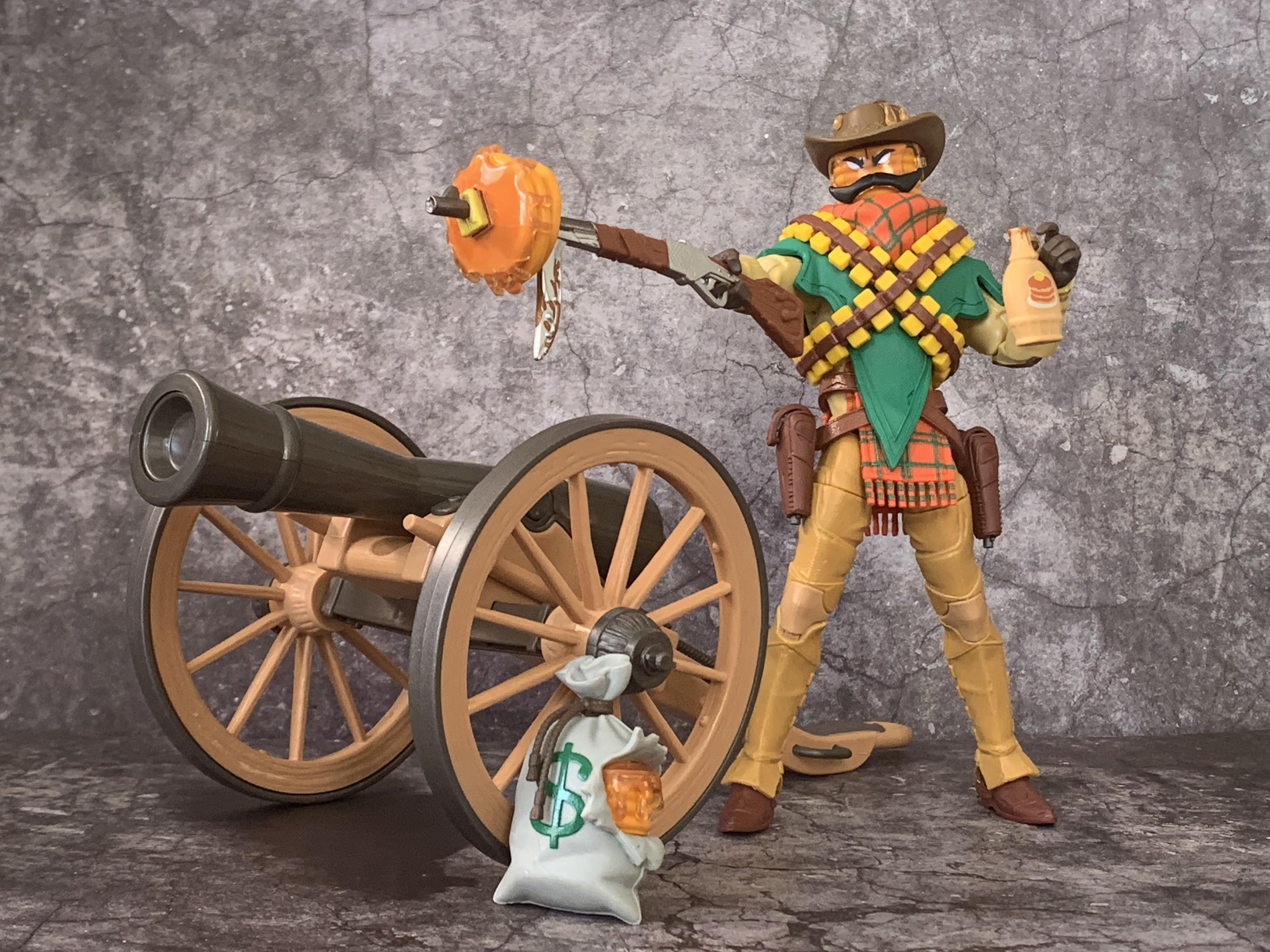 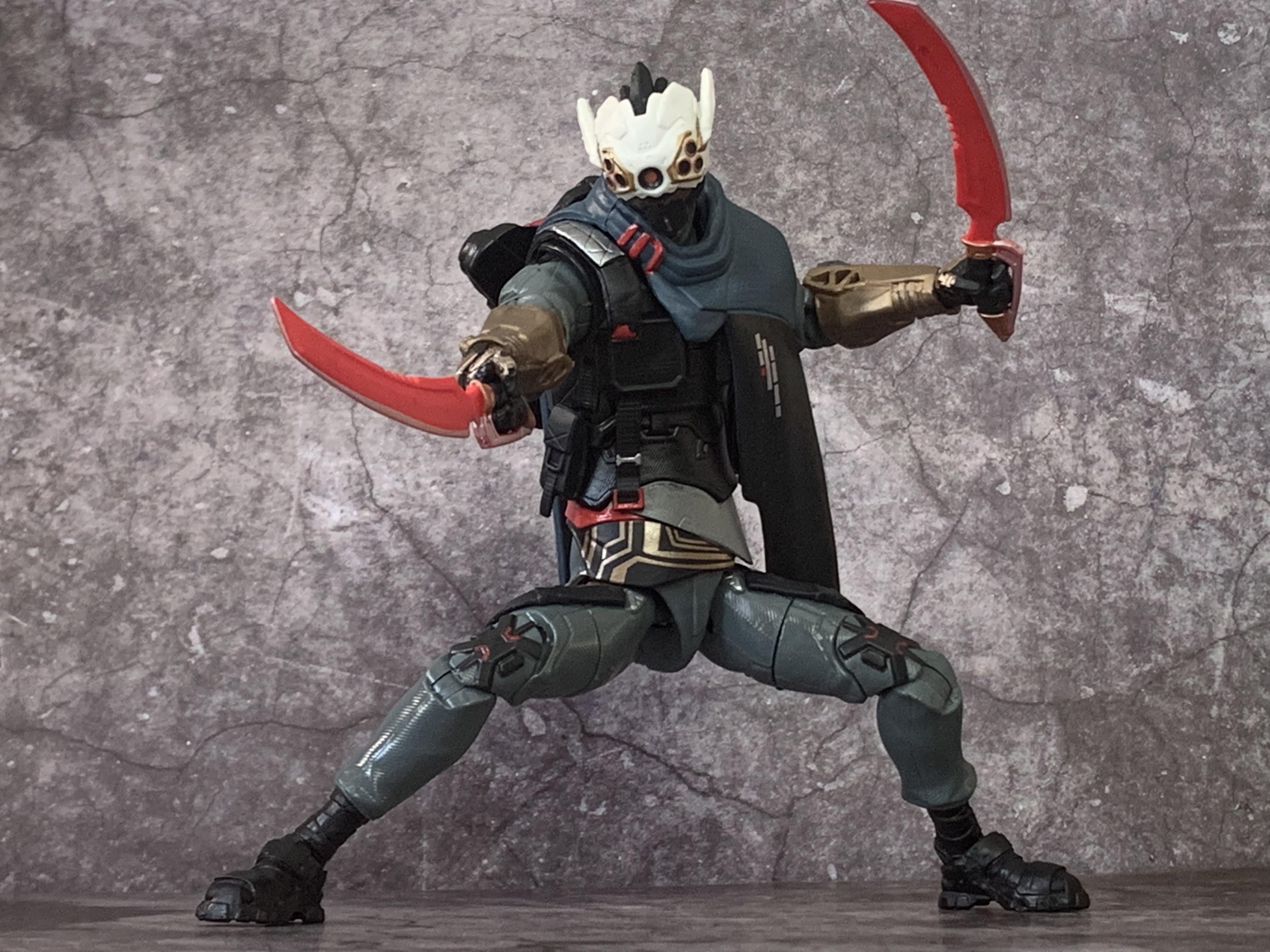 Got Kondor, too. I like this character design a lot as well. He looks like some kind of cyber ninja. The mono-eye reminds me of Shockwave. Poseability is nice, especially in the legs. And the half cape thing is removable.

Didn’t realize his bandolier was sculpted to have boogie bombs instead.

Really, really hoping Hasbro can work out some of the other guest characters on the Marvel or Star Wars side. Deadpool would be a natural fit here.

I'd like to see them cut a big deal with McFarlane in exchange for signing off on DC Power Rangers crossover and Fortnite figures.

Hasbro owns a lot of IP they could let Todd use and it wouldn't really compete with Hasbro's product at 6". Meanwhile, the crossover stuff would be limited to the Rebirth JL who met the Power Rangers (Todd's done his version of them except WW and Cyborg) and Fortnite would add maybe a dozen more. Less if you stick to Fortnite specific skins like Batman Zero, Superman in his New 52 out plus trunks, Catwoman Zero, Joker, Deathstroke, etc.
Top

Looks like Punk’s torso is too long and his legs are too short. Bummer, he was the only one I was interested in with that wave. Oh well, money saved!
Top
Post Reply
614 posts