Up-Up-Down-Down-Left-Right-Left-Right B, A, Start! - Here is the place to discuss toys related to video games!
Post Reply
414 posts

Night Wolf wrote: ↑
Thu Apr 21, 2022 4:23 pm
Night wolf looks good even though i prefer the classic look but will probably mod him and take off that baby blue.

Night Wolf wrote: ↑
Thu Apr 21, 2022 4:23 pm
Night wolf looks good even though i prefer the classic look but will probably mod him and take off that baby blue.

good point, lets see how it looks 'in hand' cause sometimes pics throw them off. Im gonna 100% buy him though.
Top

Imagine putting Night wolf and Spirit to fight.....Clash of Warriors

I haven't been following this line. Has McFarlane done any figures in their classic MK1 or MK2 designs?

I wish. If they ever do I will buy all of them, guaranteed. This new stuff is not my bag, but I'm glad that all the folks that are into it are able to get figures.
Top

That's too bad. Playmates is doing some 7" Street Fighter figures paired with Ninja Turtles. I was thinking it would be cool to pair them with 7" Mortal Kombat figures instead.
Top

On topic, I grabbed Shao Kahn the other day. The sculpt is phenomenal. Some of the joints are terrifying, though. I had to pop the hand I wanted holding his hammer off the peg, and then pull the peg out of the arm, so I could move the ratchet without snapping either peg off, then reassembled. Heat helped, but not much, and since it's cooled, it won't budge, and I won't force it.
Top

In a perfect world, I'd prefer them 6" as well. But I'm not willing to spend the money on hunting down the old Storm Collectables figures, and Playmates is releasing some 7" Street Fighter figures. So with 7" McFarlane figures, I could make it work. But I'd want the classic designs I have nostalgia for.
Top

I dont think the Mortal Kombat 11 license gives Todd the option to do the classic uniforms, otherwise I imagine we would have had some classic variants already.

I could be wrong though!
Top

I don't know, some of the classic outfits are available in the game: 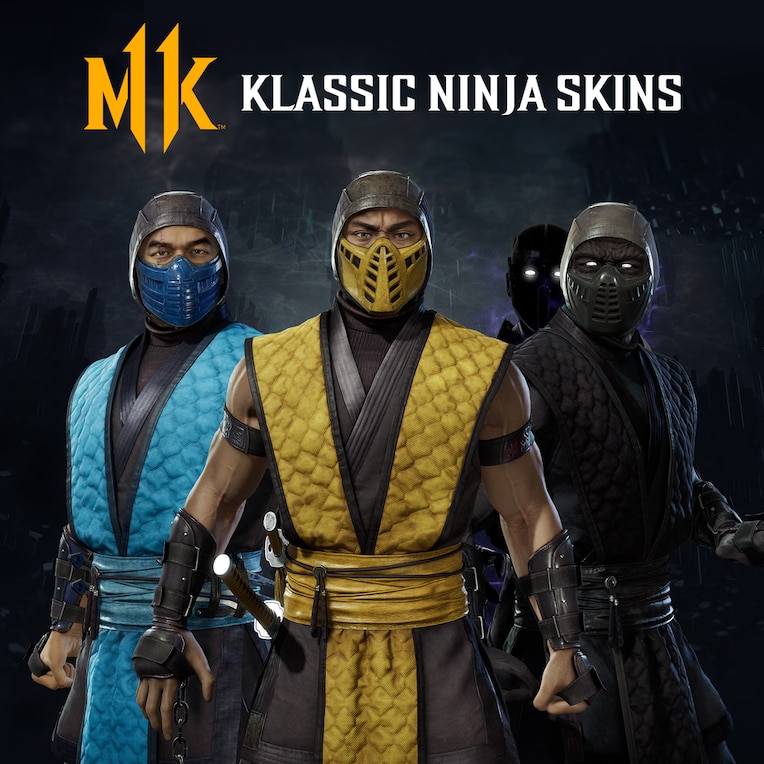 Reefer Shark wrote: ↑
Tue May 24, 2022 6:55 pm
I dont think the Mortal Kombat 11 license gives Todd the option to do the classic uniforms, otherwise I imagine we would have had some classic variants already.

I could be wrong though!

That's what I was thinking as well. Storm Collectibles must pay a premium on their licensing fees to ensure nobody else can make the classic versions of fighting game characters. The Playmates TMNT vs Street Fighter 2-packs are the first SF figures that don't cost 100+ each in a decade. There are no other options for more obscure games like Darkstalkers or Final Fight or KoF, but that is more understandable. Still frustrating, but understandable. But the fact that there ain't nobody making classic MK figures that are reasonably priced is just stupid, and they are leaving money on the table.
Top

Yeah, Storm’s upcoming 1/6 line uses the MK11 classic outfits, not the original games, so they must have some sort of exclusivity. It’s the only reason I can think of for McFarlane not to churn out a bunch of easily-recolored ninjas.
Top

Mcfarlane rep at NYCC or Toyfair before covid said Mcfarlane could make designs from all the games. I'm sure its WB pushing the new designs.
Top

Ahh I didn't know those skins were in the game and that McF made that statement! That kills my theory, I got nothin now. lol
Top
Post Reply
414 posts