Up-Up-Down-Down-Left-Right-Left-Right B, A, Start! - Here is the place to discuss toys related to video games!
Post Reply
690 posts

I just found a Brutus at Ross. $12. I think almost all of my Jazwares Fortnite figures have been Ross finds. It's purely an impulse line due to discount store finds. Probably why I haven't really bit on the Hasbro line yet.

Awesome! I grabbed everything as it was coming out, but these last few figures like Cyclo and Brutus never hit retail in the US.

My closest store only has Eternal Voyager and Scuba Jonesy, gotta hit the pavement after work and start looking now that I know this stuff is popping up.
Top

Found another Brutus today, a 2nd X-Lord, and a Meowscules. Gonna hit a couple more Ross around the way to my friends tomorrow.
Top

Just stopped at a Ross and found Meowscles, Cyclo (score!), regular Fishstick (who is pricey on eBay) and P-1000 and Eternal Voyager.

I’ve been seeing a lot of P-1000. He seems the most prevalent and is at every store.
Top

Hit about 8 Ross tonight and found everyone multiple times but Brutus — wasn’t able to find him even once.
Top

Roufuss wrote:Just stopped at a Ross and found Meowscles, Cyclo (score!), regular Fishstick (who is pricey on eBay) and P-1000 and Eternal Voyager.

Roufuss wrote:Just stopped at a Ross and found Meowscles, Cyclo (score!), regular Fishstick (who is pricey on eBay) and P-1000 and Eternal Voyager.

I've hit 10 Ross now in two cities and have found everyone else, including Cyclo, multiple times but no Brutus. Just gonna bite the bullet and grab him off Amazon UK, not going to keep wasting time hitting up Ross week over week for one thing.

With the discount I got on Cyclo, it ends up being retail on both, which works for me.
Top

Over on Preternia's Twitter page are pictures of figures that were being worked on and I gotta agree with what he said. We got robbed.
Top 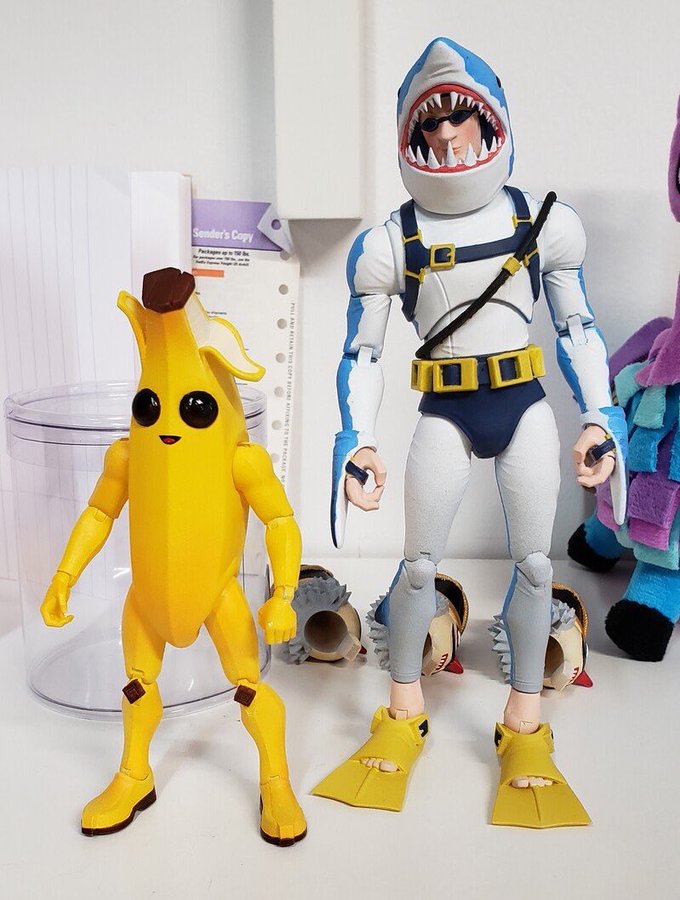 The fact we didn't get that Mecha Team Leader in any form is an absolute travesty.
Top

This last weekend I hit 5 local Ross Dress for Less stores and found tons of Dark Sentinel, Black Knight, Scuba Jonesy, Seeker, Atlantean Fishstick and Vendetta at every store. Vendetta was nice as I had not gotten him yet. I just received my orders for Agent Peely (Ghost), Midas (Gold) and Rabbit Raider (Dark) from overseas on Saturday as well. Now all I need are Cyclo and Brutus to complete the series I believe. Hoping my Ross stores will get some in or they will get posted somewhere at a decent price...
Top

I also saw Dark Sentinel, Seeker, and Vendetta at Ross today. More Crackshots keep eluding me. May just pony up and get off ebay as his price has dropped, likely due to these Ross finds.

A few weeks ago, I found a Ruin. Had never even seen him before.
Top

I also saw a Crackshot (that I would have grabbed had the checkout not had about fifty people), a Meowscles, a Raven, and a soccer player.

Headed back this morning to look again. They don't usually sell around here so I may grab Crackshot after all.

Sent from my SM-S901U using Tapatalk