So they should be updating the total number of backers with international orders later today, which should put us over the top for unlocking the first tier.
Top

I don't understand the International order drops. Where were these during the Hellcharger campaign? I'm not sure that would have pushed that project enough, but there were no big bumps on any given day to show International interest.
Top

Unsure about the Hellcharger, but Transformers are generally big in other markets and Victory Saber/Deathsaurus are from Japanese Exclusive cartoons (at least back in the day) so inflated international orders would seem to be called for. Also, sounds like not all int'l orders dropped this morning so may be another bump in a few days.
Top

The international order dumps happened very intermittently during different Haslabs, but in the past year they seemed to have disappeared completely. Only Victory Saber, and now Deathsaurus, have had these regular updates.

I don't know why it stopped with other Haslabs, but for whatever reason it did. Also I think part of the problem with other Haslabs is the lack of strong international partners, and interest. The Hellcharger had EB Games in Australia as an official partner, but the price was something like $800-$900AU which couldn't have been seen as reasonable for most collectors there. Outside of that I don't remember there being any other "official" partners mentioned.

For TFs, as Chooch said, there is a pretty huge market in Asia for product. Depending on what era of TFs you are talking about it can vary. Japan is pretty big for G1 and associated media. The Michael Bay era of movies is big in China, and places like Malaysia, Singapore, Philipines, and Thailand all have significant and active fandoms. So that covers a huge population, more than North America.

That kind of grouping doesn't seem to exist, at least in the same numbers, for other brands.
Top

Well tier one is unlocked, and tier two is well within reach if the numbers jump like they normally do for successfully funded projects.
Top

canprime wrote: ↑
Tue Dec 06, 2022 11:52 am
The international order dumps happened very intermittently during different Haslabs, but in the past year they seemed to have disappeared completely. Only Victory Saber, and now Deathsaurus, have had these regular updates.


The GI Joe lady said there was like 30k HISS tanks ordered once you factored in international orders, so those were never added in. It's also slightly over 3k only, seems like deathsaurus has already had more than that.
Top


Either way it is getting real close to unlocking the second tier.
Top

I believe BMac from Hasbro posted that not all int'l orders made it in on Monday and some would roll in throughout the week.
Top

Looks like we'll unlock the second tier either by tomorrows update, or sometime during Sunday. Now the only real question left is how high will the final total go?
Top

I am starting to waffle on Deathsaurus. I seemed to have lucked out on Victory Saber and there are no obvious problems with my copy. However I haven't done a deep dive to confirm everything yet. Having seen how many problems have been reported with Victory Saber I am a bit worried about the QC that is being done with a nearly $300(Cdn) project that can't be easily replaced if something does happen.

I'm still leaning towards backing, but all the little issues popping up, especially paint and minor damage don't engender much confidence on my part right now. So I guess it was a good thing to get VS in time to make a more informed decision about Deathsaurus.
Top

My understanding is that it was an initial batch that shouldn't have gone out but did anyway. My son got his yesterday, and it's spot-on. No issues whatsoever. So he's hoping Deathsaurus will be the same. 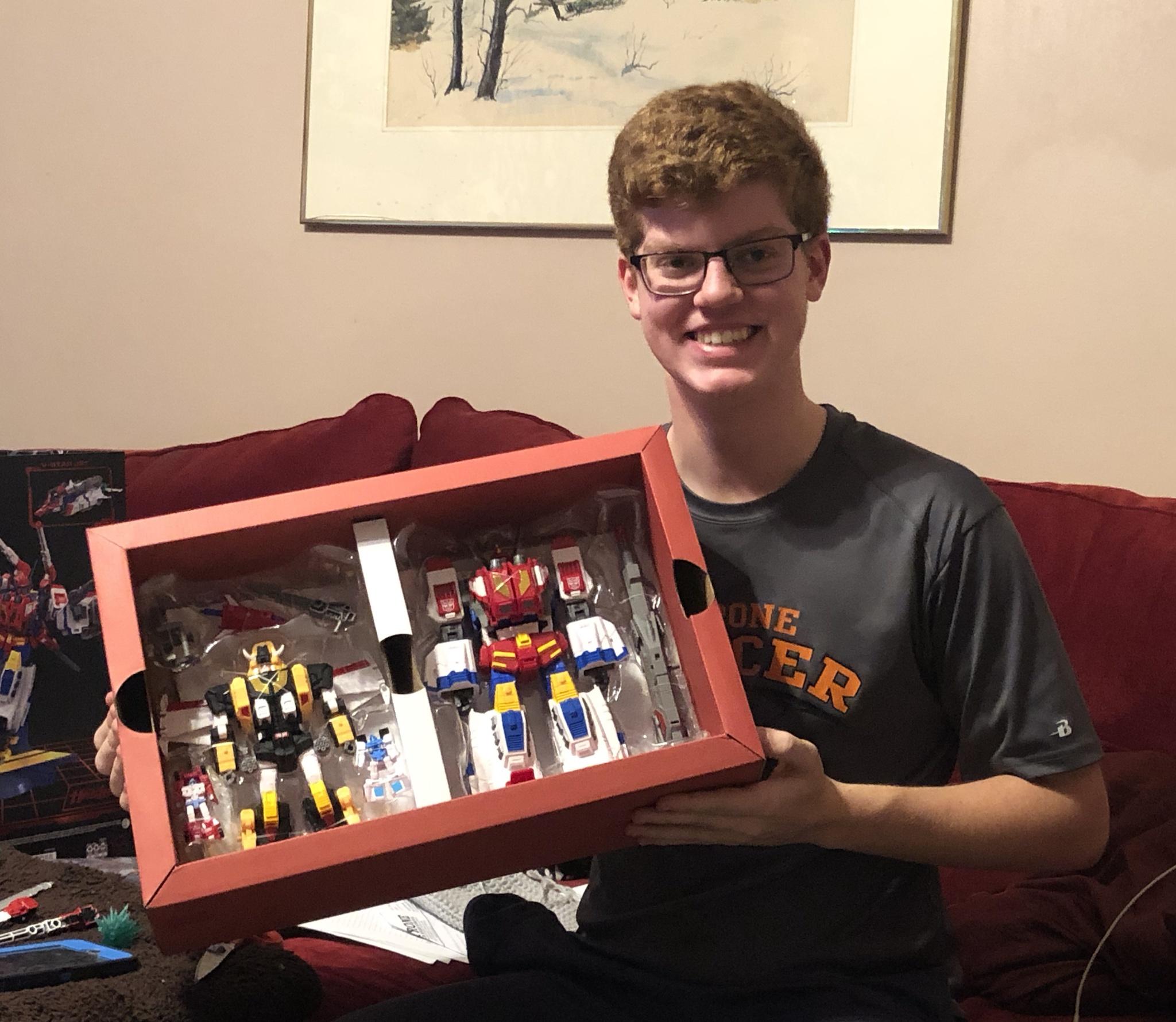 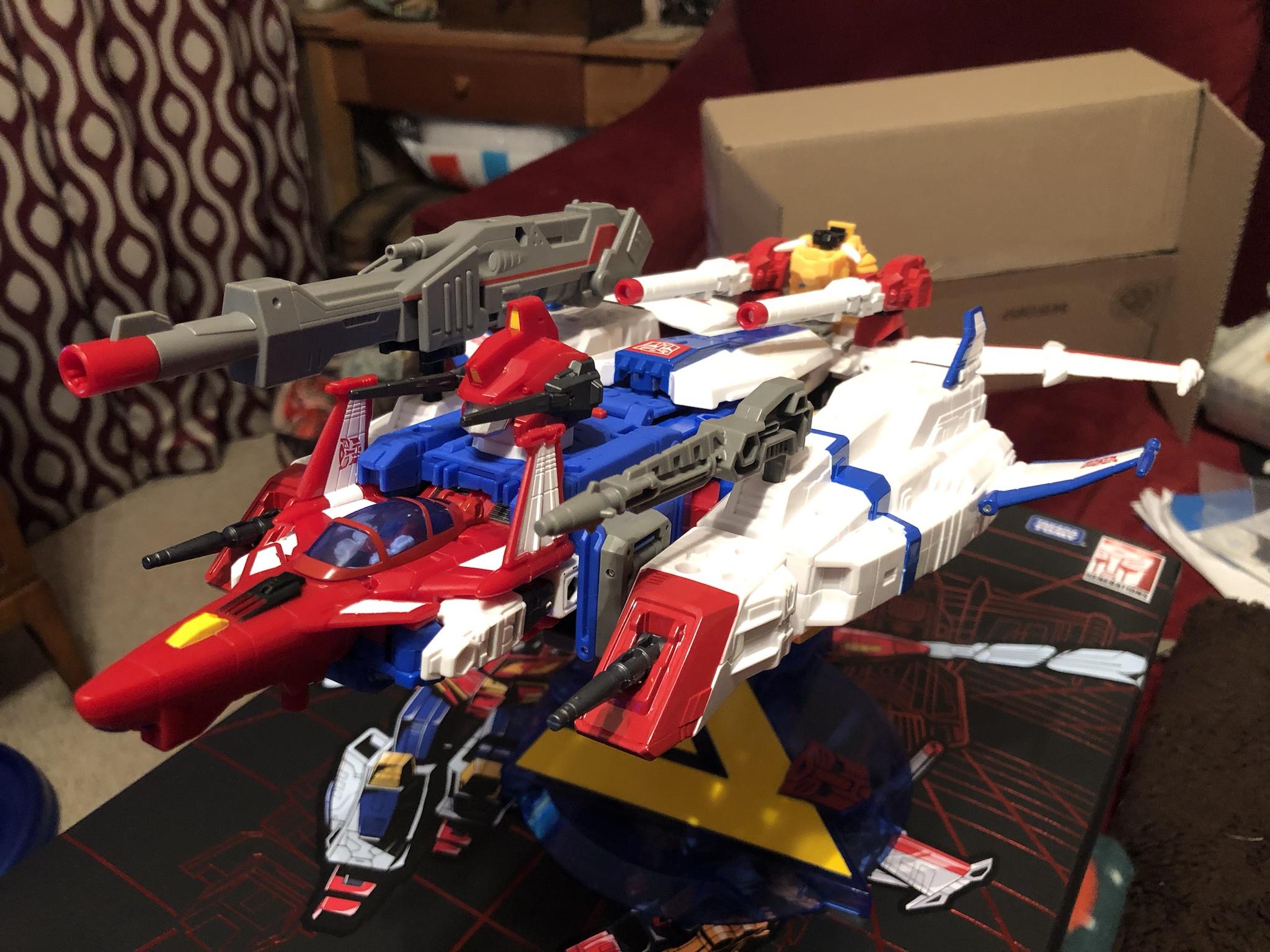 Thor-El wrote: ↑
Sat Dec 10, 2022 8:33 pm
My understanding is that it was an initial batch that shouldn't have gone out but did anyway. My son got his yesterday, and it's spot-on. No issues whatsoever. So he's hoping Deathsaurus will be the same.

Yeah there have been too many issues with VS from Hasbro.

The fact that Taiwan didn't get him because of damage due to shipping, and now if what you are saying is true, then a lot of people are going to be getting subpar copies when they shouldn't have to get them.

It all leads to the same concern for me about what is going on with Hasbro, and the factory they use for either TFs in general, or these specific products. Glad to hear there are really good copies out there, but it is worrying that it should even come to that. Not to mention the issue Unicron's maw not being painted, the Sentinel's knee issue, and the lack of seeming "satisfaction" for people when a big issue is found.
Top
Post Reply
129 posts