Well, crap, thanks for costing me $30, Prophet!

I never wanted SS Blurr, because I like my CHUG one mistransformed to resemble TFA Blurr more, but the mold is cool (& I don't have it), the colors ARE cooler, and that smirking face with the eyepatch just sealed it.

Is the faction symbol accessible (removable or hinged windshield)? I'll just give him a 'Con symbol & a new name!
Top

Hasbro is sending the SG out of order. I got Goldbug today. I was really hoping to get my hands on the heroic Decepticons before more Nefarious Autobots.

Nit pics out of way first. I like the figure overall. Few paint oops on mine there are a few gold flecks where they shouldn’t even. The insignia is also just off center. Now that could be intentional. I’m not reading issue four that cane with this until I can read 2&3. But the cover art which is sweet seems to show an off centered insignia. The head is awesome! I just wish it had some evil slanting more like eyebrows. I’ll try to do it with Gundam marker. 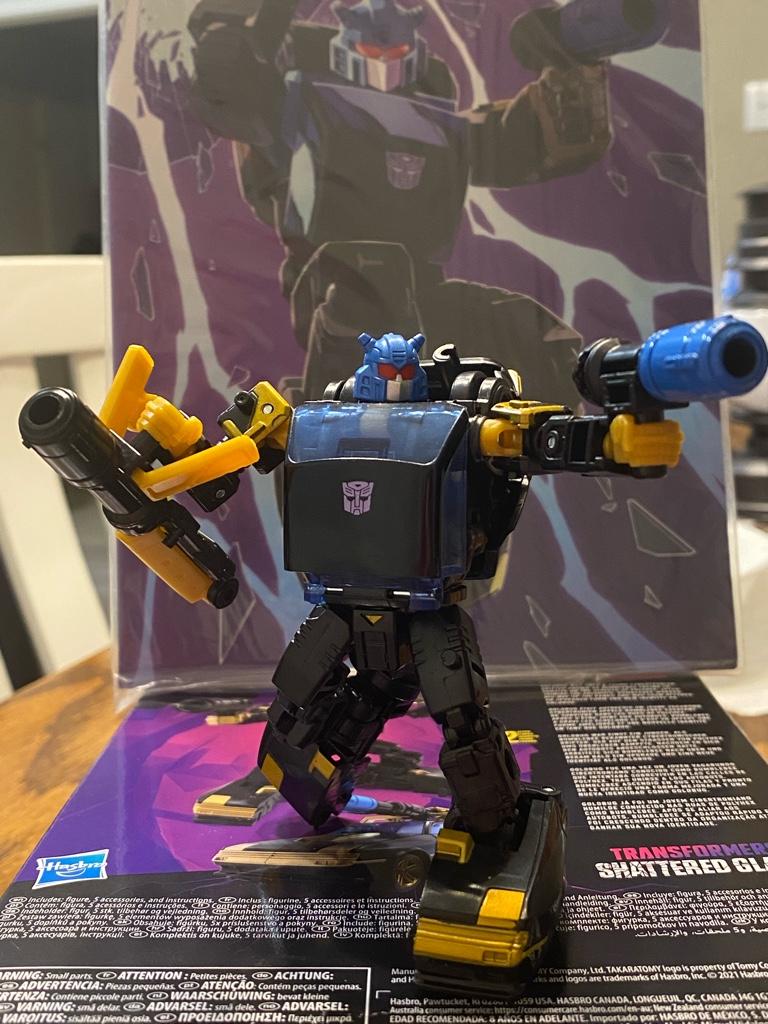 I really like this Cliffjumper mold. I’ve bought all the variations they made well I didn’t get the one from the four pack…Norm wanted that so I split a pack with him.

Thanks again Norm. I really like that Primal mold. Nemesis Primal is a great repaint. I’m planning on painting it like a white fur ape.

Anyway I really like this mold. It’s small and has big ole clunky feet and it part forms…so what! It’s a joy to pose. The car mold is really slick! 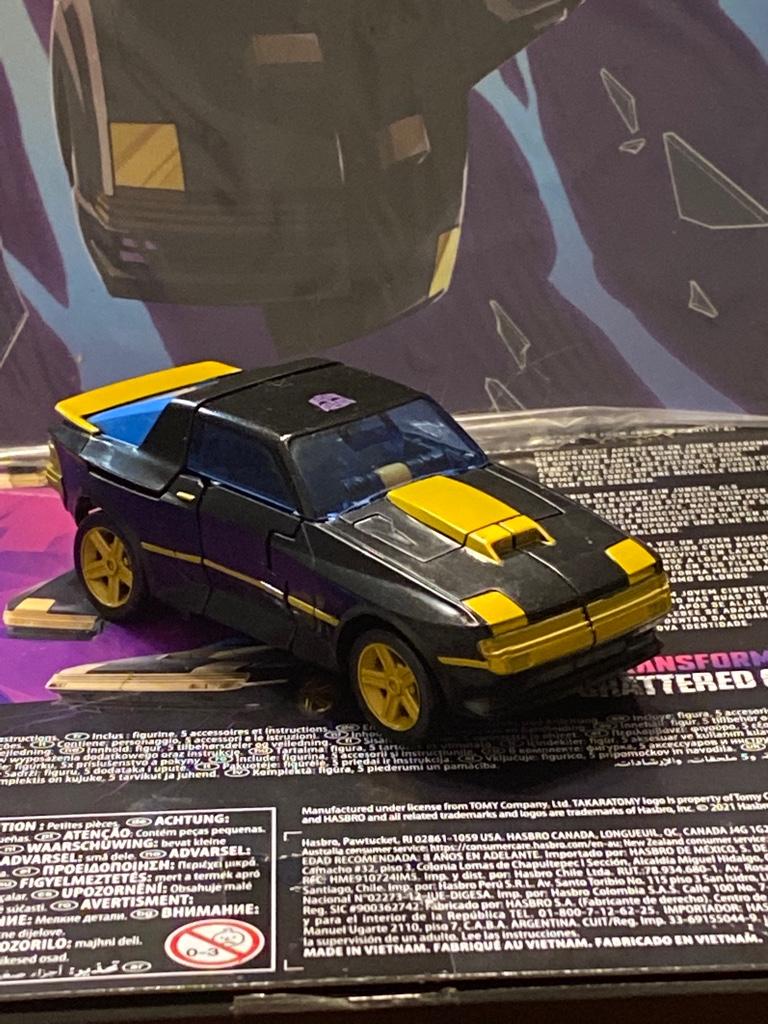 The weapons are painted nice. Goldbug is probably a real SOB in the comics. He is in my head cannon too. Now to figure out what relic Prime has given to his vassal.

I got SG Goldbug yesterday and I’m also pleased. I wonder if they will release a regular Autobot Goldbug.

Glad you’re enjoying those BW figures I let go of, Prophet. I still haven’t found any takers on the ones that come with Mirage and Sideswipe.
Top

The rumor is that there will be another Target four pack that includes Goldbug.

What else is in that rumored four pack?

I hope that rumored Goldbug goes back to using the VW Beetle mold. I like the Cliffjumper mold, but it's been used like 5-6 times already. Even on the previous 4pk Bumblebee.
Top

Pulse charged me for SG Megatron! Yay! I’ve been wanting to play around with that character.

I’m holding SG Megatron in my hands with a big grin on my face. I already liked Seige version. This toy is sweet! He’s a big voyager twitch all the extras. I wish his eyes stood out more.

Yeah I paid extra for the comic but the translucent blue wings, the metallic blue in the sword and particle cannon, the black/white color scheme with yellow and red and blue (heroic colors) makes him a formidable figure to square off with the slightly askew Optimus in Purple. I was already all in on this tangent. Having Megatron really punches my ticket. I can’t wait for Starscream and Jetfire! He looks like a weathered warrior. Megatron is cool.

I have to play around with the alt mode. It’s an accessorize and make a new mode look. I am looking to see what form I like best. Prime’s alt mode is more Earthrise. Thus being Seige it’s more Cybertronian. All the ports on this guy I could use some blue battle masters shields to help fill in gaps.

I have yet to read the comic. I like issue one. Starscream is very interesting. I’m curious to see how they write this Megatron.

I’m just leaving SG Megatron as a tank. That jet mode is pitiful. Mine arrived yesterday, and I do enjoy the color scheme. I wish the jet add on parts had more versatility, like they could plug into each other like Jetfire’s stuff does.
Top
Post Reply
24 posts