I HAVE THE POWER! - Masters of the Universe Classics, MOTU200X, the vintage toys, PoP and yes, even NA - talk about them in here!
Post Reply
1051 posts

Spikor is just a weird choice in general. Dude was in 5 seconds of the show.

Should have been Blast Attak. At least he -did- something.
Top

That was actually one of my bigger pet-peeves from the show. It was kinda cool that Kevin Conroy was Merman, but I think it'd have been better if he did some sort of gurgly voice or modified in such a way that those two characters didn't sound exactly like they came out of Batman the Animated Series.

Also, I think this wave of figures looks better than the last one. Man At Arms to me looks the best, though I'd prefer him with his bearded head too. Teela at least has a more feminine looking face, though those kneepads are an issue given the color sticking out in the tip of her thigh. The normal Skeletor from the last wave seems to have a less yellow face. Overall I liked the animation style from the show, but some of the figures faces from this line look phoned in while others look great, like Man At Arms and Beastman. So overall I don't think I'll be getting anyone from this line mostly because I want to like the vast majority of the figures I'd have. Also, I'd definitely be putting Faker's angry He-Man head on regular He-Man, as the head he came with just looks too doofy for my taste. Hopefully they do Merman WITH his armor as he looked kinda bland one-eyed and without it. A normal head as well as the priest head are definitely needed with Tri-klops.
Top

Btw, totally want Prince Adam. I really liked the design and what they did with his character in general. Hopefully he'll come with a new alternate for He-Man as well.
Top 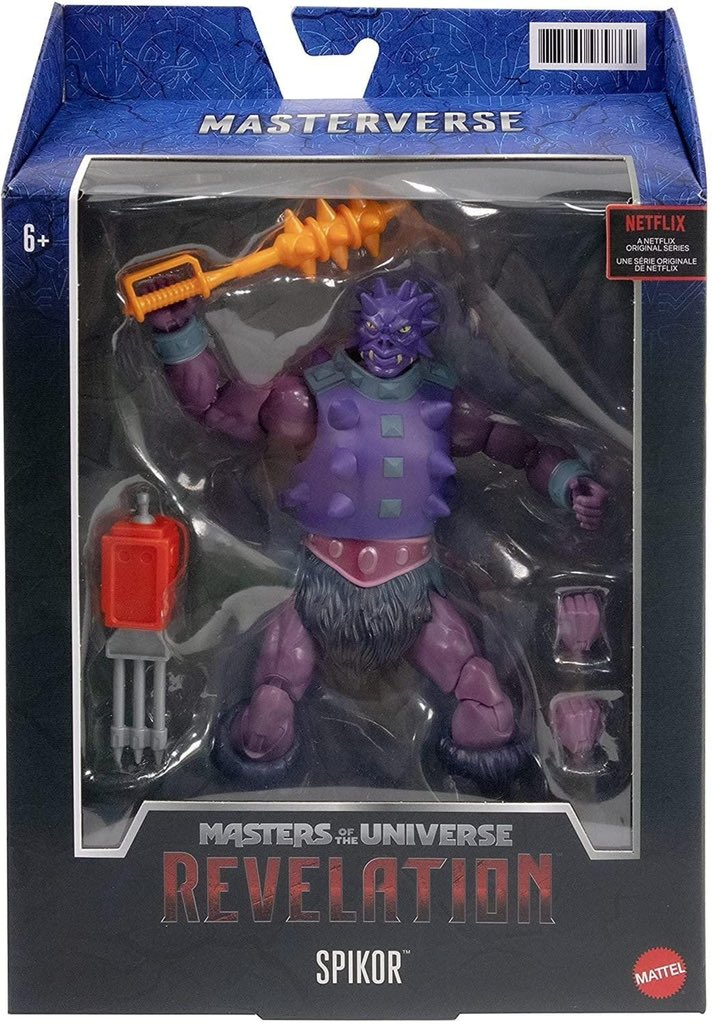 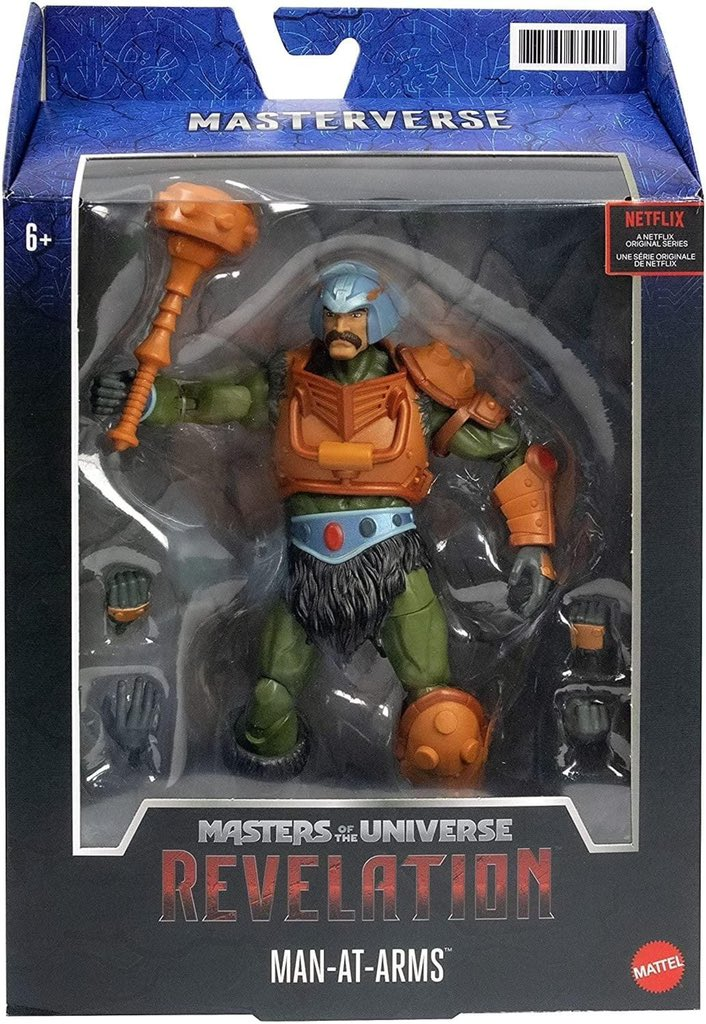 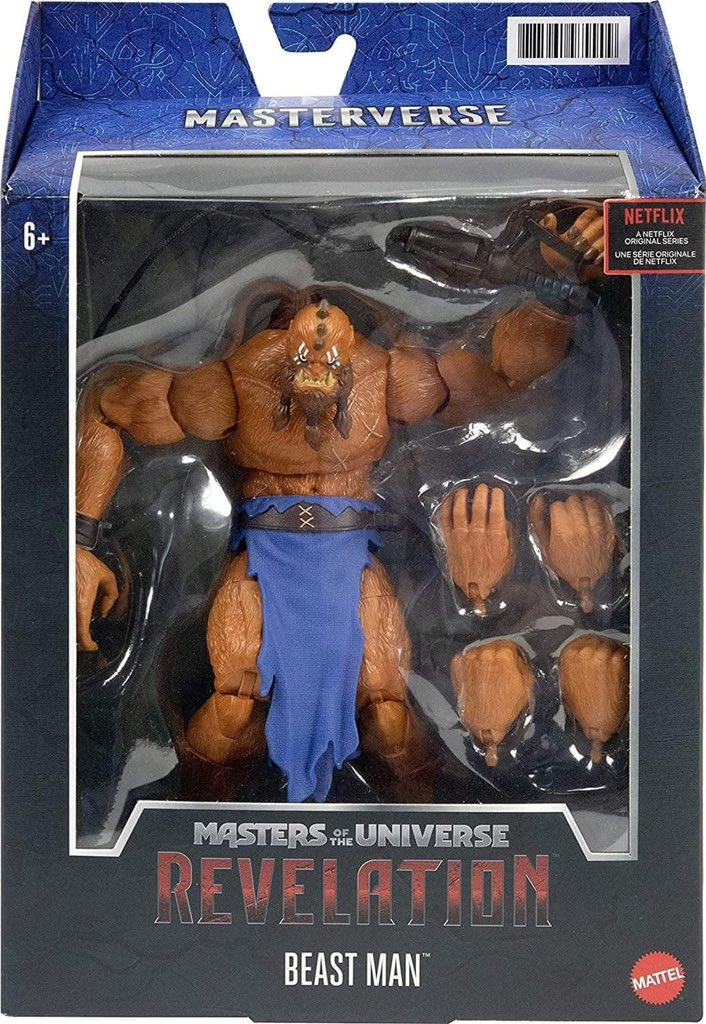 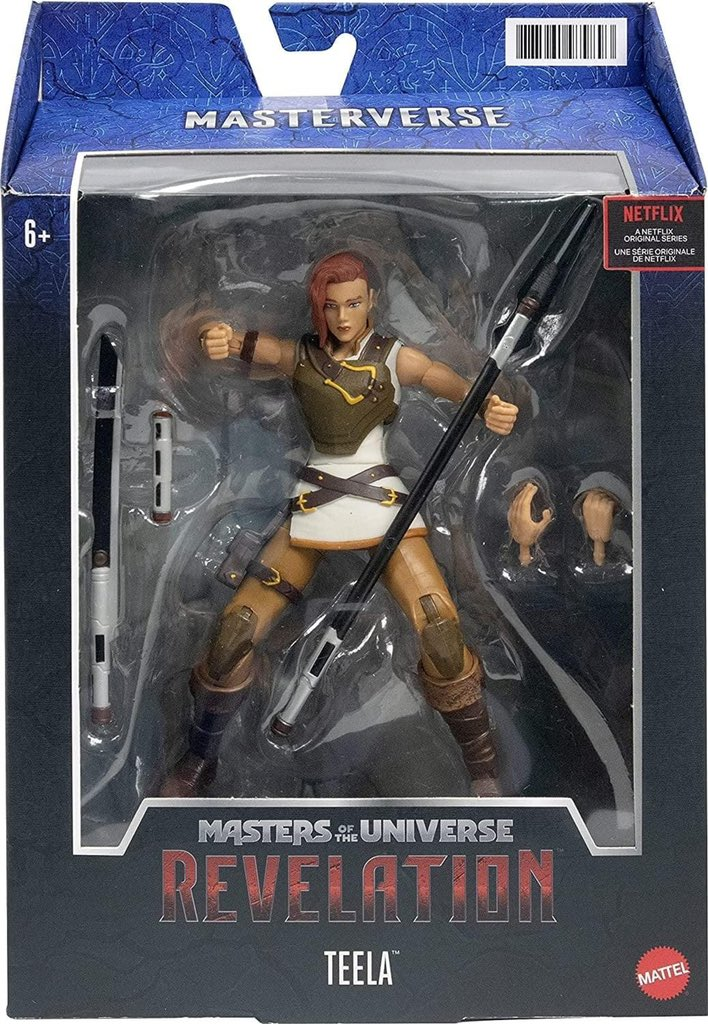 Great to see. This wave looks great - the weird pinhead issue doesn't look so prevalent here, the beast-like figures can handle the weird proportions...Man-at-Arms has a helmet anyway and for some reason the female figures look better in this line than the he-man and Skeletor in terms of proportions.
Great....Beast man a must
Top

Spikor looks the best, I'd say, and comes with nice accessories.
Teela looks good too, and it's good that she comes with a solid array of accessories.
Beast Man looks bare and a bit small. With how basic his design is, I think he needs that bigger size. It'll be good to see him out of package and if his size is actually underwhelming. Excellent sculpt throughout thought.
Duncan looks pretty good too, but he also feels a bit bare, perhaps because he only has his mace. I thought I would have preferred the classic look originally, but I also would have probably preferred the time skip look. An unhelmeted head would have been nice as well.

Oh, great to hear. I guess it is time to get the old eyes checked, lol.
I would hope Beastman is slightly bigger but I was thinking the same thing for Mossman.
Top

The pinhead problem is SO bad with some figures, though. It's really what turns me off to these. Anyone watch the 'Aftershow' on Netflix? They have a Faker on display in the background and I legitimately, no exaggeration, thought they forgot to put the head on it the first few times I noticed the figure in the background because the all 'metal' version of the head is SO tiny that it might as well not even be there.

I don't care if it's intended to look like the animation - it's a terrible design choice to make the heads in practically a whole different scale from the body.
Top

If Orko is too small to be his own figure (and it isn't made up for with magic effects), maybe we could get a deluxe price point Adam and Orko 2-pack. Would definitely like an Orko though, his interactions with Evil-Lyn in particular were excellent.
Top

I'd have preferred time skip MAA, but his design is so great I don't mind.
Top

Spikor and Beast Man came out looking stupendous. Though I wouldn't consider that Beast Man to actually be the Beast Man if I were to put it in my collection, just some generic monster that gets binned when I get bored of it.

MAA's face falls victim to the grotesque styling of the show; maybe with a head swap it could be a better overall figure, but I feel like I have two or three great MAA's already. The bodies on these figures are some of the worst parts, so it's not like a head swap fix is even that enticing for MAA. The armor is nice looking though. And after seeing a better shot of Teela now, she's even more generic now that she doesn't sport the hard angle look of her cartoon counterpart.
Top

Megazarak wrote: ↑
Sat Jul 24, 2021 8:59 pm
If Orko is too small to be his own figure (and it isn't made up for with magic effects), maybe we could get a deluxe price point Adam and Orko 2-pack. Would definitely like an Orko though, his interactions with Evil-Lyn in particular were excellent.

I love this suggestion, packaging Adam and Orko together because they're not as hefty as the other figures. I hope they're listening.
Top

Loved the show. Hope we get Orko soon!
Top

I would have bought these figures without a cartoon. They look great but I'm going to stick to the figures with more classic designs.
Top

This show was the most fun i had with He-Man since I was a kid! I hope we get the toys down here!
Top

I have yet to watch the show, so all the discussion of "time-skip" looks is lost on me (for now). Looking ONLY at the figures Mattel has chosen to reveal so far, I'm actually not feeling too warm toward any of them. The vintage toy designs and 200X updates had so much character and uniqueness. Most of the Revelations figures look...really bland and watered down, by comparison. Pop a few heads off and you wouldn't even know some of the classic characters from generic background archetypes in any sword-and-sorcery media. And those that retain their more distinct visual cues still look kind of soft compared to toys and statues that have come before.
I had a lot of the vintage figures as kid, a pretty strong 200X collection, went all-in on Classics, and am currently cherry-picking Origins. Thus far, everything inspired by Revelations (barring the general release of Scare Glow) is looking like a super-easy pass.
Top
Post Reply
1051 posts