No, this isn't the place to talk about low riding jeans or butt cream. In the Coin Slot, it's all about video games - PC, console, handheld, and online.
Post Reply
12 posts • Page 1 of 1

I'm only ordering a PS5 to play this game.
Top


It's coming out on PS4 if you've got one of those.
Top


It's coming out on PS4 if you've got one of those.


I don't, I haven't had a gaming system since Xbox Kinnek in college. I guess I'll get the Avengers game too.
Top

Pick up the Spider-Man PS4 game, while you're at it. It's pretty good.
Top 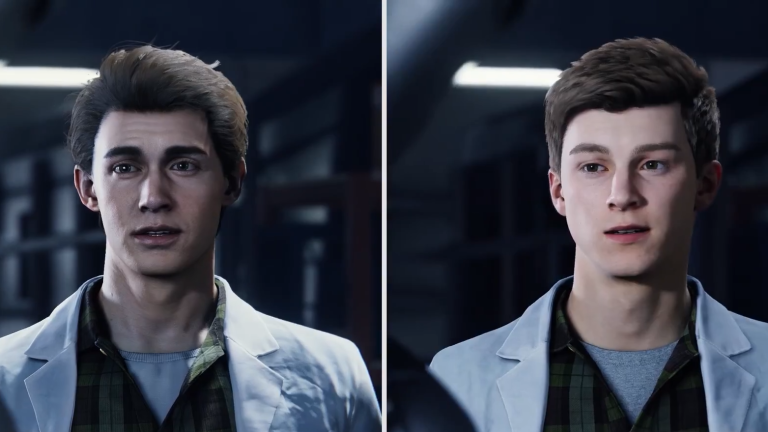 I don't understand why they completely changed the character design!?

They had to recast someone who looked more like the voice actor for mo-cap/next-gen reasons.
Top

Several reviewers have said that this is better than Insomniac's Peter Parker game. Can't wait to get my hands on it next week.
Top

I beat the game last week. I haven't posted thoughts on it since then, which says it all. I don't think it's remotely close to as good as the first game, although they did make a few improvements. In general, having fewer crimes and villain hideouts to clear was a relief. I know these aren't mandatory, but I wanted to platinum both Miles Morales and Spider-Man PS4, and they were easily the weakest parts of both games. As an aside, having to beat the game on New Game+ is a shitty trophy, but it's hard to complain about trophies because most folks don't care.

They replaced Pete's hacking minigames with bioelectric minigames, which wasn't any better. In fact, the bioelectric stuff was so one-note that I actually liked it less. The trains aren't running? Better go venom punch a panel. The electricity isn't on? Better go venom punch a panel. The venom and invisibility powers added variety to the gameplay, but I wound up just spamming the massive venom AOE ability to clear the henchmen.

The DLCs killed my love for the first game. Maybe it's just me, but I do not enjoy fighting endless waves of goons in these games. It seems like a game design problem. I'm Spider-Man. Beating up bad guys should be fun. But finding collectibles, watching the story unfold, and fighting the bosses are far more rewarding. Surprisingly, the boss battles were my favorite part of the game, and that's never the case for me. Sadly, there were only maybe four real boss battles in the entire game. Overall I liked it less than the first. If Spider-Man PS4 was an 8/10, I would probably give this a 7/10.
Top

I loved the Miles Morales game but after recently starting up the original game again I noticed just how much more there is to do in that game. I love the more urban soundtrack to really distinguish it from Peter and the designs were all great as expected (Get on it Hasbro). The lack of villains was a bit of a let down though in my opinion.
Top

And although Sony owns the rights to Spider-Man, it has loaned the character to Disney-owned Marvel for some Marvel Cinematic Universe films. Meanwhile, Sony is also producing its own Spider-Verse offshoot films, such as 2018's Venom. There is a Venom sequel and another standalone film planned for 2021, too
Top
Post Reply
12 posts • Page 1 of 1