NO EVIL SHALL ESCAPE MY SITE! - DC Club Infinite Earths, DC Unlimited, DC Collectibles and all the rest! Come in and talk about them.
Post Reply
5914 posts

Hey fellas,what are we using for Hush’s guns? Not counting the weapons pack of course.
Top

Using Flashpoint Batman's dual Desert Eagles for my Grifter figure. They work reasonably well despite the figure not having a single holster on it.
Top

My replacement Red Robin arrived today from Amazon. And Ghost Maker arrived from BBTS.
And my munitions pack shipped from McFarlane today. 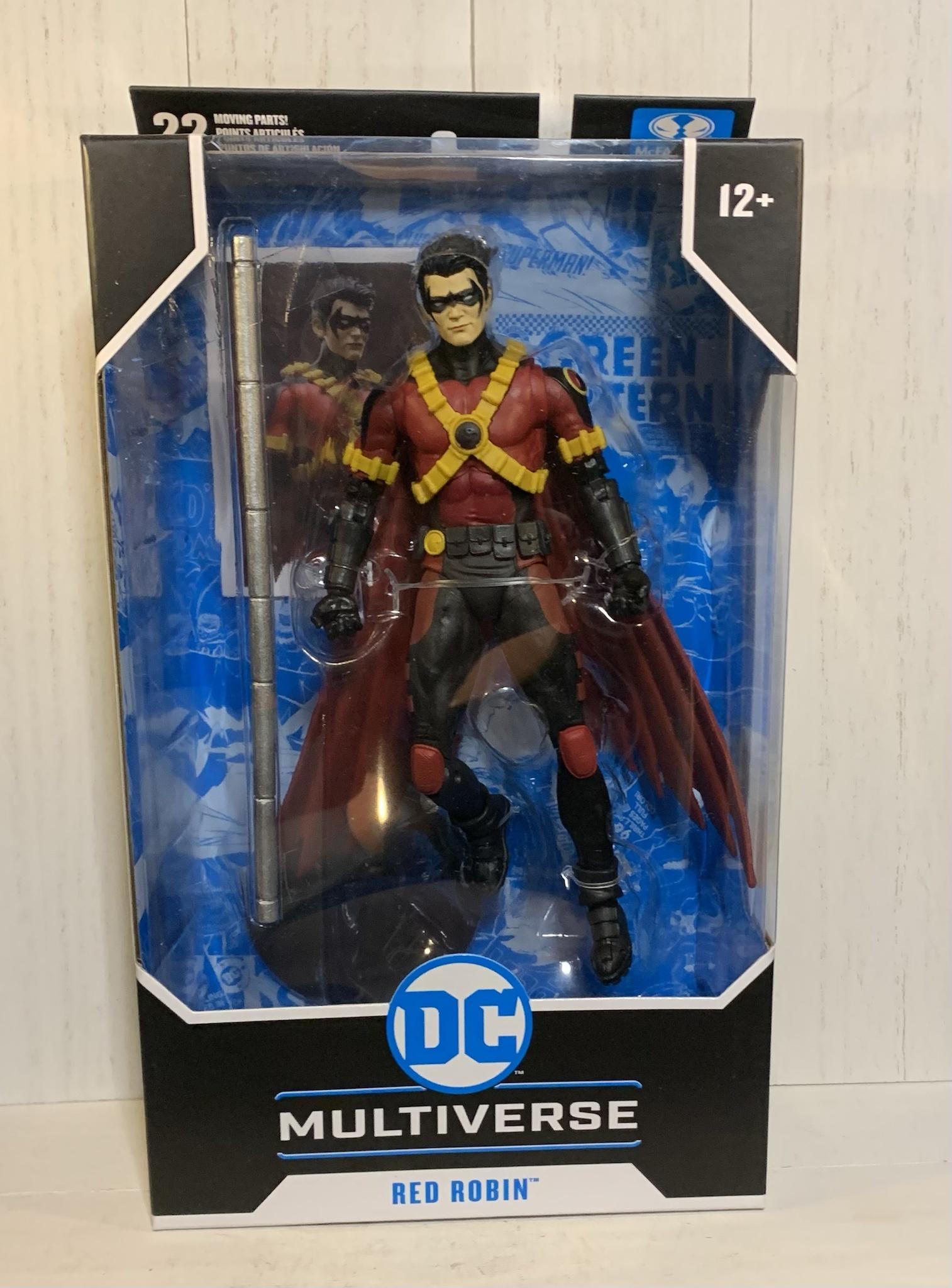 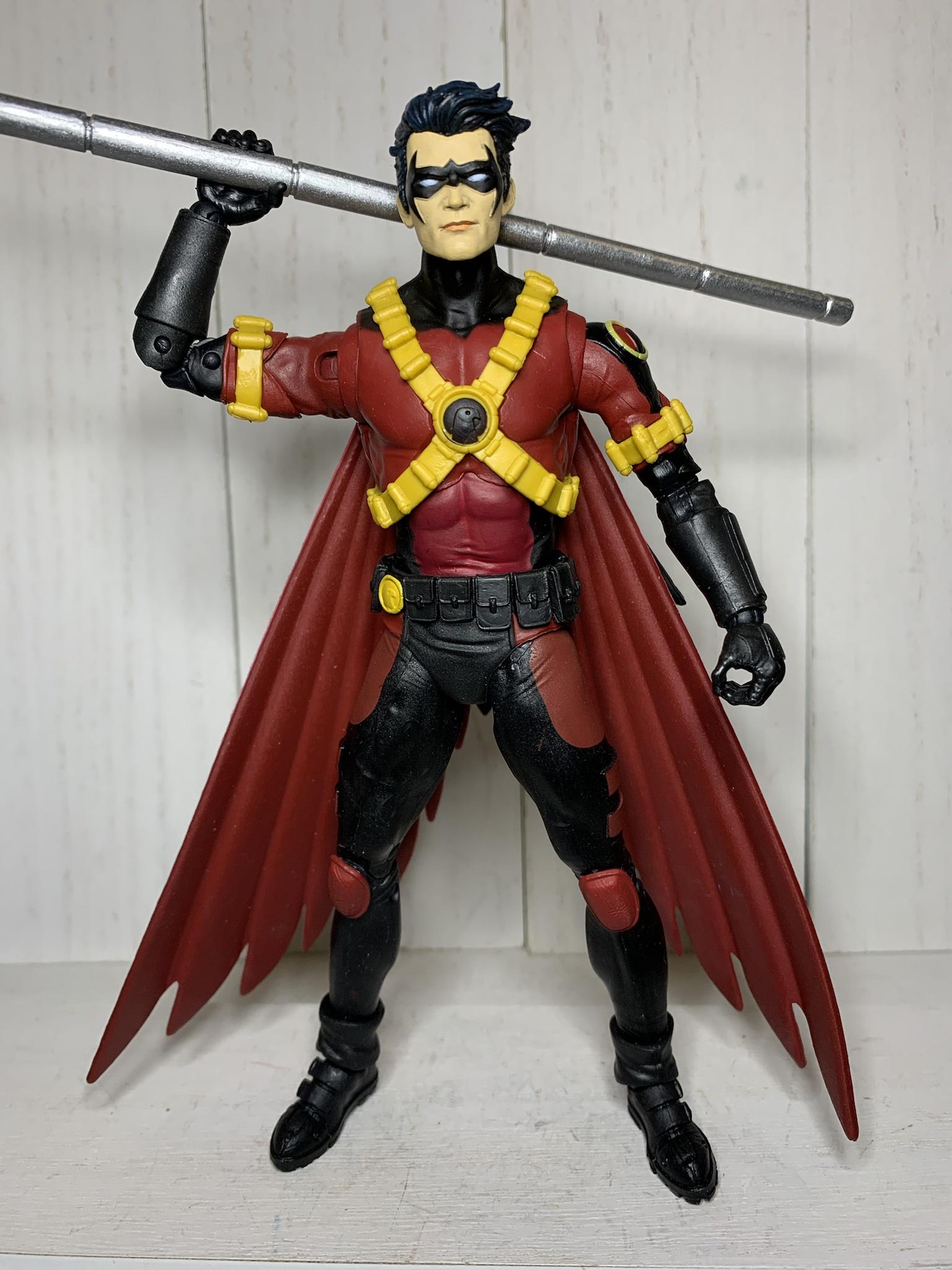 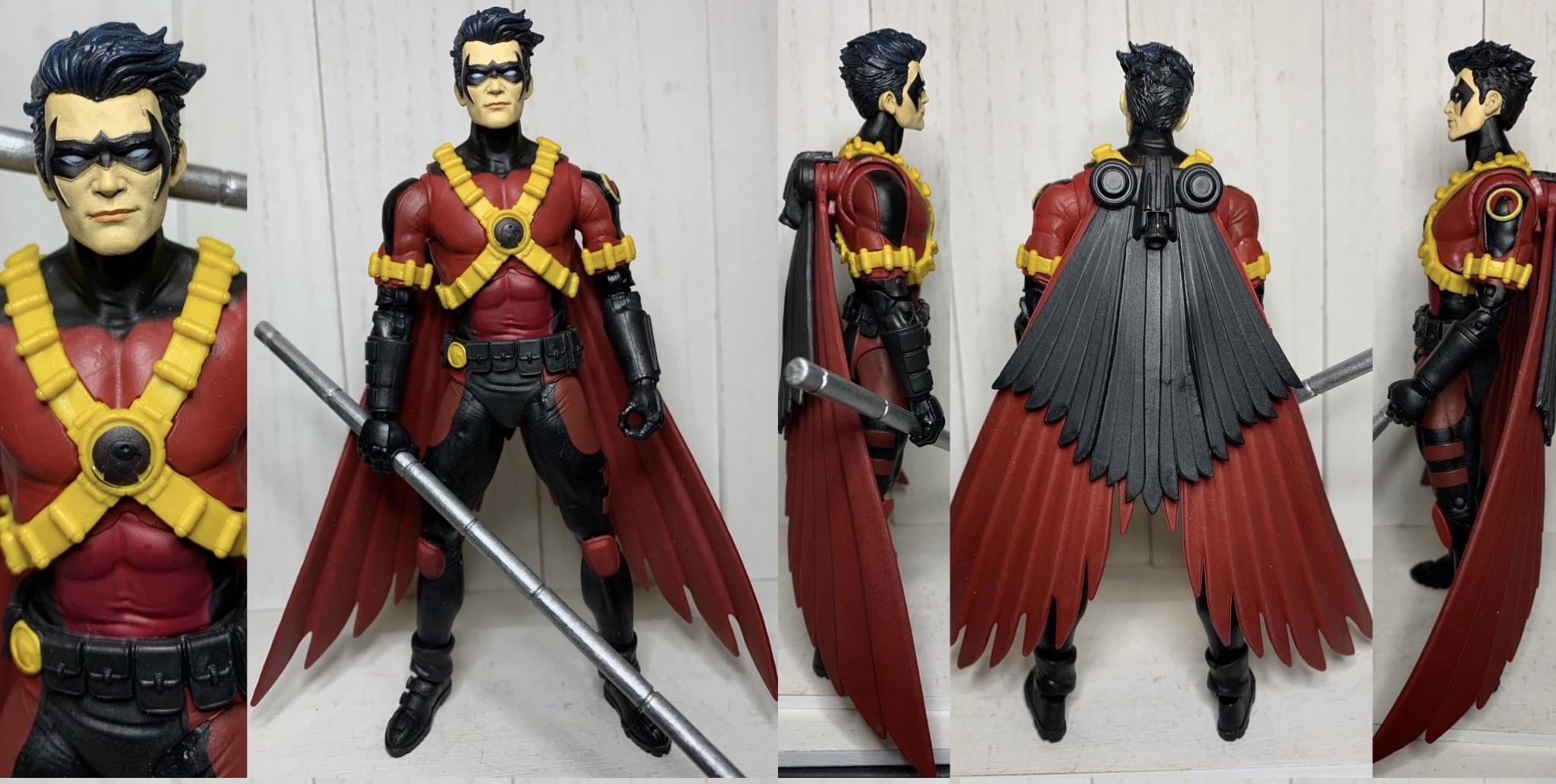 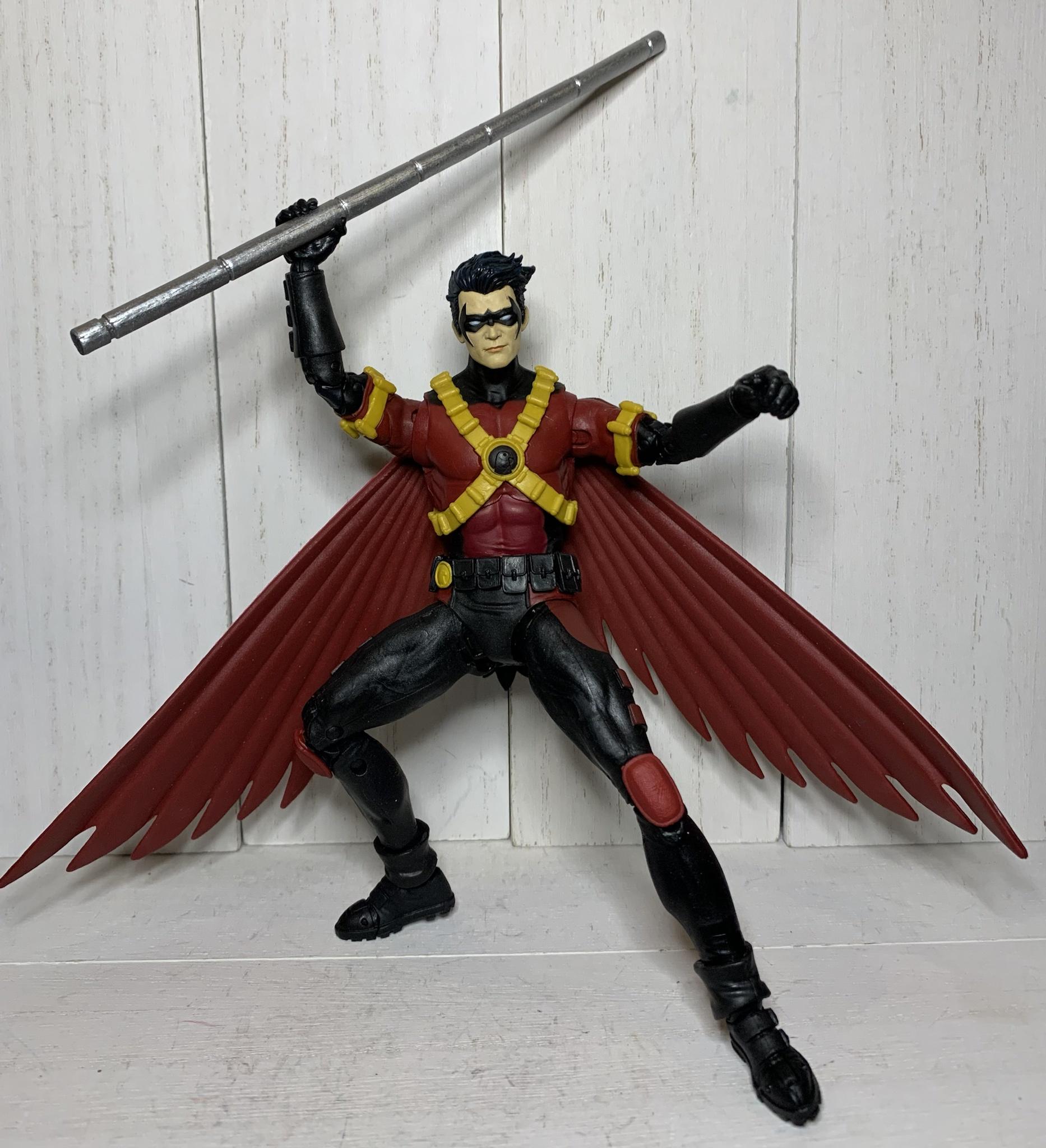 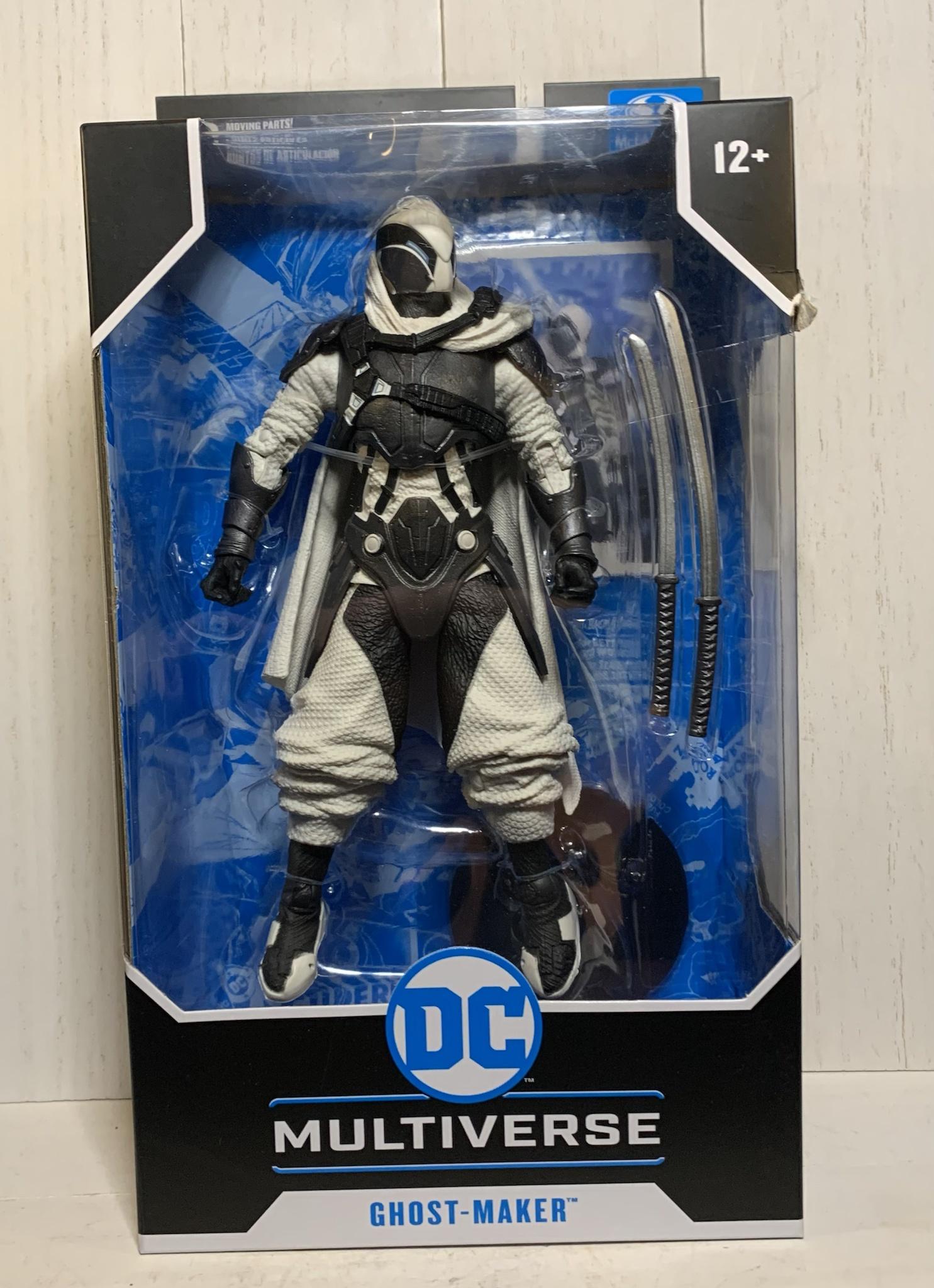 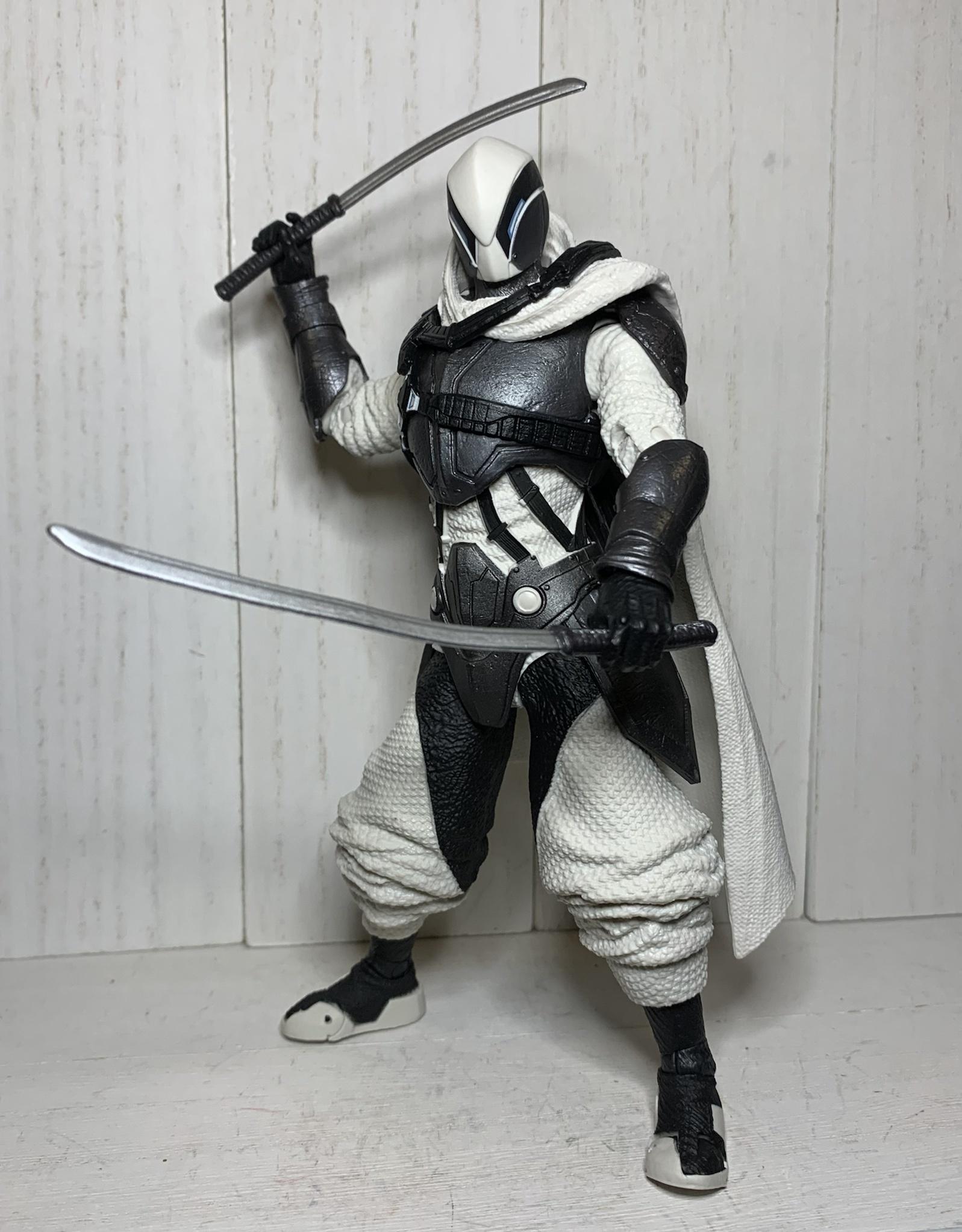 Man, this is a rough line for me to get in to. I tried in the beginning and pulled off due to the ugly articulation and wonky proportions. McFarlane seems to be improving there and alot of figures snuck out that I had no idea were even made.

Anyway, is Lobo's ankles being glued a widespread issue? I finally cracked and picked him up, really liking him, but both ankles were beyond glued. One almost sheared off (now I get to hold my breath every time I touch him). I don't want to pick up another if he'll have the same issue.
Top

You’re talking about the hinge, right? I just picked up Lobo last week, and mine has the same issue. I don’t think you can angle the foot down because of the boot/armor but I can’t angle the foot up, and there should be plenty of clearance for that. I never actually tried until you mentioned it. There must be a way to get it loose without buying another one.
Top

I meant to post this the other day but I forgot. I saw Lex in his Superman armor the other day at the toy shop in town. Dunno if a scalper brought it in or if it came from EE where he gets a lot of his stuff. So some of the stuff they announced a couple of weeks ago is already queued up to come out.
Top

Yep looks like it, found the 1966 Julie catwoman yesterday at target. I guess in the coming days or weeks we’ll start seeing owlman, dark detective and manga spawn in stores.
Top

my lobo also had the ankle issue. when i heated and popped it, it seemed like it was glue from the shin overlay that seeped in. wasn't a lot so i just slid an exacto blade through the glue and it freed it right up. works perfectly now.
Top 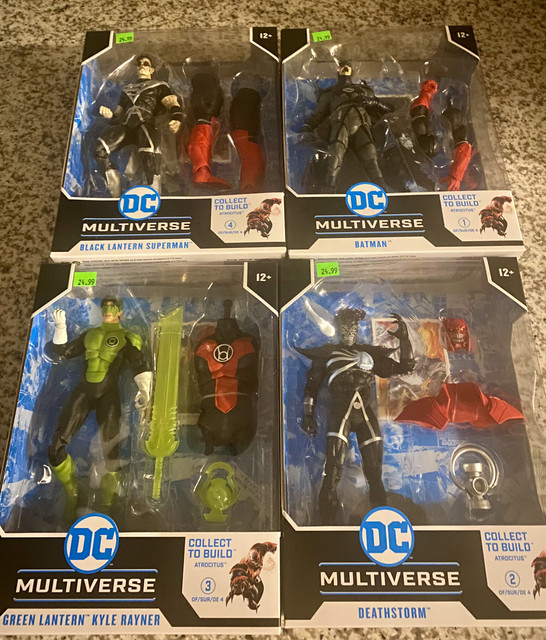 Surprisingly, just based on having them in-hand but not out of the package, Kyle is my least favorite out of all of these. Not a big fan of the green in person.
Top

Off subject, but I need to say this… I wish McFarlane did not get the DC license. The majority of figures are poorly sculpted and the articulation is terrible in so many cases. I’m lucky to get my Cyborg, Martian manhunter, darkseid, steppenwolf, and any other figure I have (including the last air bender figures) they are the worst, arms pop-off and trying to do any posing with the hard plastic they use instead of cloth or just softer plastic is ridiculous.
TBH, while Mattel screwed up so so much, i feel they had gotten pretty darn good with sculpts and had the articulation down. I wish Mafex and Figuarts or Hasbro got the rights.
What would have been boss is if McF made his figures fit Mattel or DCD better… what would have been boss is if they did animated dc figures (4-6” or just in the size of Mattel’s but with added articulation, that would’ve been so cool. But the coolest thing would have been if their figures fit better with other 6” lines. The 7-8” size are too heavy, bulky, poorly sculpted and often have wobbly joints.

Sorry, not trying to completely derail the thread, but I just wish I could get excited for figures like I once did many Mattel figures.
Anyhoozits, what does anyone else think? Are their figures too heavy and big, are the sculpts good, is the size better at 7-8”… or is McF just not hitting the mark with DC stuff?
IMO they are not. Hasbro getting the license and making DC figs that fit in and we’re like ML… would have probably been the best thing to happen to DC memorabilia in decades.

All that said, I really just hope they could at least get their QC under control a bit more.
Top

Ah yeah, it's been a minute since someone mentioned terrible sculpts, Mattel getting better at the end of their multiple year contract, Hasbro not getting the license and, worst offense of all, the scale.
Top

Yeah, honestly...Its all been said before but ultimately McF has done so much better than I dared dream at the start of the line. Its not perfect but they make some brave imaginative choices, pricepoint has been kept in check and its actually quite an exciting fun line to collect. Show me a toy line without its issues that pleases everyone all the time........
Top

In my opinion this is the easiest line to collect out of the many lines I do collect. The price and availability are better than most. Sculpts have been detailed even if the paint isn't there e.g. Arkham Knights camo and Batfelcks suit details.
I only tend to pre order the ones I think might be harder to get at a late point otherwise I wait to order when there's a sale or released.
Top

I've realized today I get buyers remorse with almost every McFarlane DC figure. They look good in pictures and even in package, in most cases, but when I get them in hand, they tend to look wonky. The large scales figures tend to work much better. Lobo (ankles aside) and Swamp Thing are pretty solid.

Superman (Rebirth) I was hype for, and after a few days of messing with him, I feel like the shine is gone and he just looks odd.

I would gladly pay $30 a figure if the articulation style was more in line with Legends/Selects and the wonky proportions were ironed out. Also, no more diapers. Just my personal opinions.
Top

I recently did a few comparisons of Mattel Multiverse vs McFarlane figures..and the McF ones can hold a lot more poses.

Mattel Rebirth Nightwing is a great example of a figure that has all the articulation but can't stand for most dynamic poses. The leg joints get loose very quickly, and the top heaviness makes him fall over.

McFarlane is missing the thigh cut, but the stability of the ankle/leg joints helps them stand without issues. The torso has two joints that turn and lean which helps balance the torso over the legs, and keep the figure looking in the right direction. Consistently I would put McF Nightwing (a figure with more limited leg movement than newer McF sculpts) in dynamic poses that my Mattel figure couldn't match.

Mattel never quite got the proportions right either but I'll agree that they had a consistent scale/look. It seems like the McF comic figures are being made with a more consistent look now too (from Rebirth Batman through Kyle Rayner) so hopefully this is a sign of things to come.
Top
Post Reply
5914 posts