NO EVIL SHALL ESCAPE MY SITE! - DC Club Infinite Earths, DC Unlimited, DC Collectibles and all the rest! Come in and talk about them.
Post Reply
502 posts

I actually think I saw a Harley today at a Walmart. But I was at a bunch of store today so it might have been a Target.
Top

Got the email today from Giantoys that my King Shark soft good shorts are shipping.
Top

Got Peacemaker and Polka Dot Man.

Peacemaker has the most ridiculous elbows joints I've ever seen. Not a fan of this overlay shirt instead of just doing a normal ab cut, he just looks like he's wearing a crop top. His sword isn't too bad, should work fine for Wonder Woman. I do like this figure in general, he's basically everything I expected.

PDM is just super cool. Again, not a fan of the overlay but that's about it. I'm just happy to have one of the most ridiculous DC characters in figure form.
Top

Has anyone bought both versions of Peacemaker and have extras of his King Shark BAF pieces? I don't have him (honestly not sure I want him), but I'd love to buy the BAF pieces. Shoot me a PM!

So now the movie has been out on DVD for a couple weeks and no sign of these at Walmart near me. They have two Walmart exclusive figures. Any word on when these will be available? No Target within 100 miles and I really don't want to chase these online.
Top

sentinel331 wrote:So now the movie has been out on DVD for a couple weeks and no sign of these at Walmart near me. They have two Walmart exclusive figures. Any word on when these will be available? No Target within 100 miles and I really don't want to chase these online.

I've never seen King Shark in the wild, I've only seen the one I preordered...but I did see unmasked Bloodsport at Walmart a few times back in August or so when the figures first came out. And I saw unmasked Peacemaker once at Target, right about the same time. Nothing since, though. These things usually hit with a theatrical release, rather than home video.
Top

Same, I still have not seen the exclusive king shark at any of my Walmarts. Last weekend I stumbled across the unmasked bloodsport, seeing it in person I’m glad I got the masked one because omg that face is terrible!
A few of my targets have the unmasked peacemaker on the pegs, like 5 or so.
I will say at least at target I see the full set once in a while.
Top

I get that they usually hit with the theatrical release but that can't and went a did the DVD release and Brickseek never showed more than the red not in your area screen for these near me. I have 10 Demons on the shelf now but never even peg space for these. Walmart is selling less and less in rural areas.
Top


You can select each of the four on that page. I got mine from amazon. The only time I saw them in store was at target in the neca section.
Top

I picked up the Bloodsport Unmasked today at Walmart. 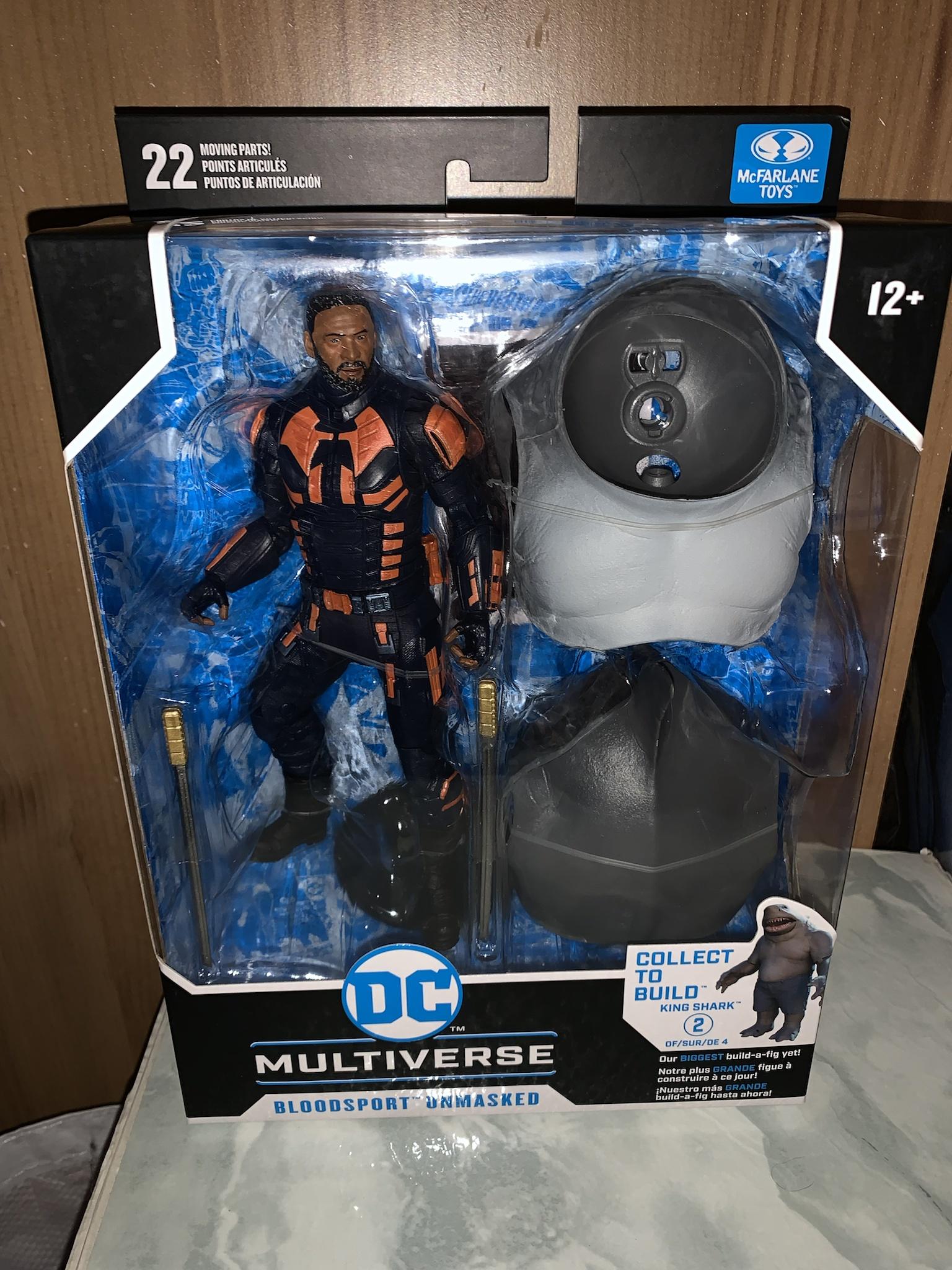 Would love to get the Thinker in a second wave.
Top

I want to repaint my Polka Dot Man's dots to be more movie accurate. I'm having trouble finding clear photos of the suit, especially the back.
Top

This movie had so many great characters, they could, and should do a couple more waves for sure.
get some members from team A
Top

We need a Harley in her proper Red and black gear. Not the dress.
Top