NO EVIL SHALL ESCAPE MY SITE! - DC Club Infinite Earths, DC Unlimited, DC Collectibles and all the rest! Come in and talk about them.
Post Reply
7624 posts

bat1975 wrote:TNI posted promo pics of the 3 Jokers line; they're up on Walmart, but not available for PO just yet. Batman looks even better, IMO...

The only figure not shown on Walmart's site is the trenchoat Joker...Target exclusive maybe?

I agree though, Batman looks outstanding. I really like this Batgirl, too.
Top

No scale pics though. Makes me wonder about Batgirl.
Top

The pics confirm that Batman's head/neck are one piece, so you don't get any articulation separate from the neck. I have no idea why McFarlane, or anyone, makes figures like this. It totally ruins the ability to do any dynamic poses. I can't even turn Batman's head??? And the neck on Metal Batman was horribly bulky and looked awful when it was moved into any position except neutral.

This is why we criticize the best Batman in the line. Come on with this nonsense.

Batgirl uses the exact same proportions as the Wave 1 figure.

Why re release figures if they are going to have the same mistakes as prior versions? I've been so psyched for this wave of figures and can't help but feel really disappointed.
Top 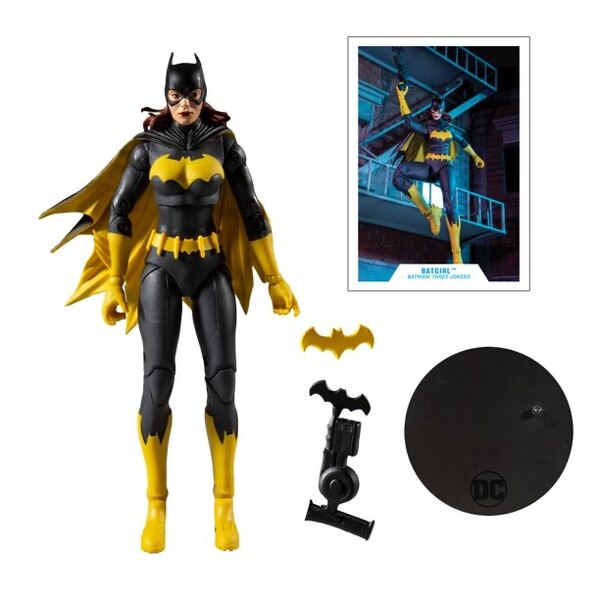 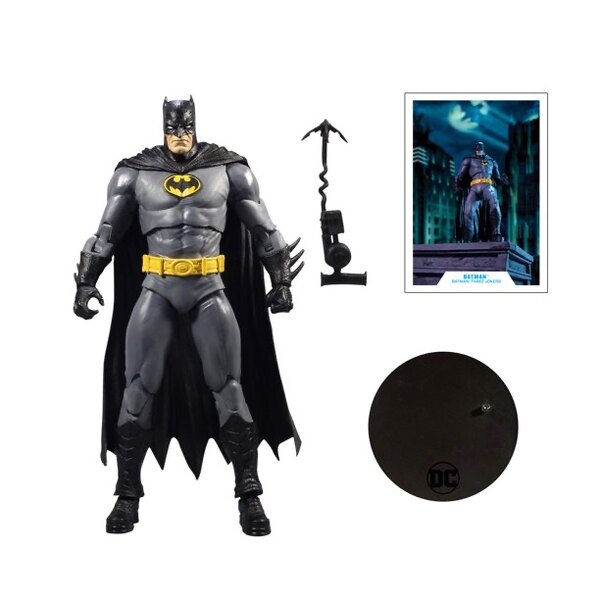 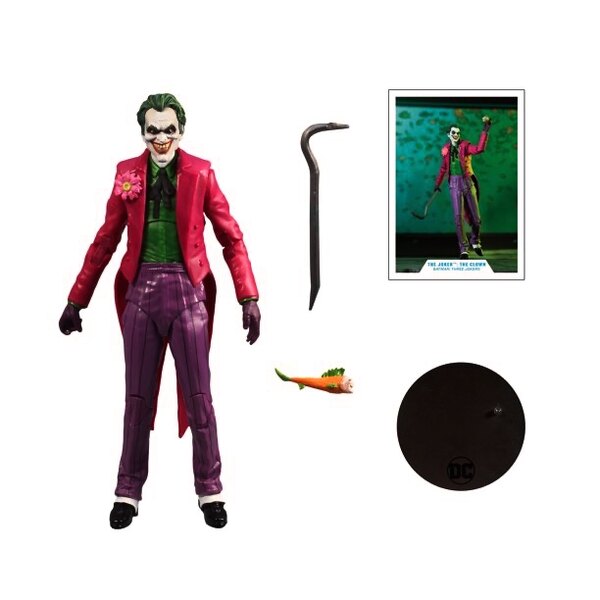 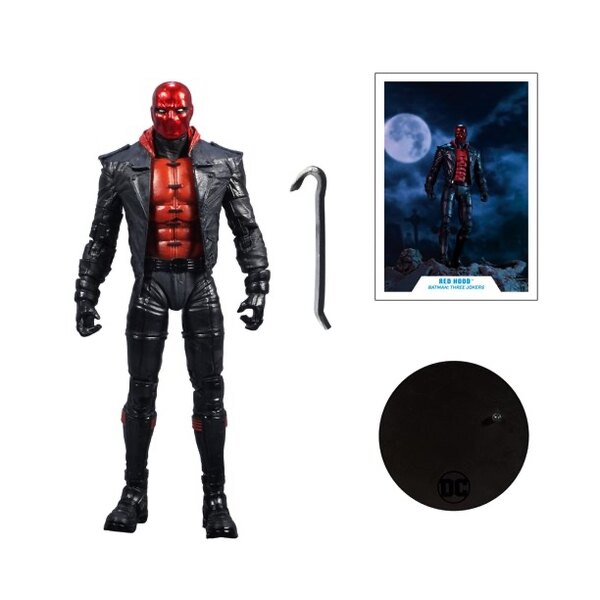 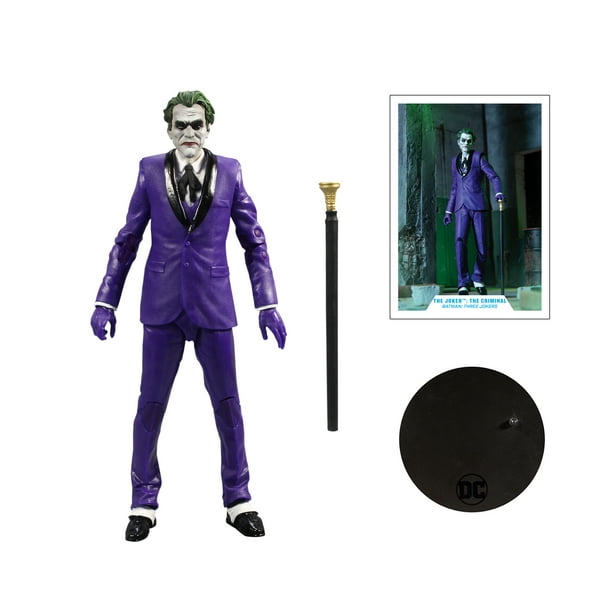 they look good, hopefully the trench coat joker is not an exclusive.

I'm still psyched for this Batman. I'll carve a little off the back of the torso to get him to look up a little more if I must but the base of the neck articulation can still work if it's positioned correctly. Metal Batman has too much of a hunch sculpted into it to get a decent range once you place the neck joint in there.

Should be getting pre-orders soon then if this posting is up. They did say pre-orders this week when they were revealed over the weekend.
Top

I must say, this Batman is one of the better ones that Todd has done but, with the amount of Batmans he's done, I don't think he has hit the bullseye yet. With all the versions out there and their gadgets, replace the grappel with a swappable right closed fist hand. Also, it might be intentional, but that head does not look like Fabok's Batman at all.
Top

Not a fan of Batman's head. Chin too big, skull seems to yet again have a weird shape. Also not a fan of hose huge scallops coming out at a weird angle from the back/side of his gloves. No muscles sculpted on the upper arm, just like Infected Superman. Dig the body and his accessory, though.

Love the head, cape and torso on Batgirl. Looks like they've resculpted her gloves and boots giving them a simpler look. Also got rid of the back foot spikes. I don't understand why her torso doesn't have any sculpted grooves to go with those on her limbs.

No complaints with Jason.

Classic Joker looks ok. I was thinking about picking him up from the teaser pic but now I see that he's too subdued to be a Joker on my shelf. Not sure what's going on with those curved calves on him.

The other Joker looks good, again no complaints here. I like the head and the fish. And the Caesar Romero color scheme is a cool nod.
Top

The Criminal’s expression kinda reminds me of Hamill’s B:TAS Joker. I like that. I wasn’t really interested in that figure, but maybe I’ll reconsider. That head would look good on the Clown figure too.

I like that these Jokers don’t look dirty. I got tired of that trend long ago.
Top

The classic joker is close to perfection but that inaccurate Romero pink colored top ruins it. They were all purple in the book.
Top

Buttmunch wrote: ↑
Tue Sep 21, 2021 6:33 pm
The classic joker is close to perfection but that inaccurate Romero pink colored top ruins it. They were all purple in the book.

Definitely would have preferred that. Maybe we’ll get a variant re-release.

Checked out Batman in detail at the Walmart listing and he looks great. Begging for black trunks with how they’ve handled the articulation, but still great.
Top

Buttmunch wrote: ↑
Tue Sep 21, 2021 6:33 pm
The classic joker is close to perfection but that inaccurate Romero pink colored top ruins it. They were all purple in the book.

Not really. Even in the book his outfit was pink and brighter than the others.
Top

You don't want break the sculpt but you don't think that chunk at the bottom of the neck looks totally ridiculous.

If I don't like it, then don't buy it...unless he ends up reusing this body mold for more figures. And the texture on the neck/head makes it difficult to customize or replace. Short of hollowing out the head with a dremel and adding a peg.

I hate to be that guy, and overall I really love this line. But 70 Batman figures and not a single one can stand in as a regular ass comic Batman without extra money and modification.

Sigh. Gonna stop beating a dead horse. I was really hoping this would be THE Batman, but it isn't even accurate to Three Jokers Batman.
Top

I was planning on just getting the trench coat joker, (if I can find it, please don't be an exclusive!) but I'm really liking that joker fish the red suit joker has.
Top

I was really hoping this Batman would be better so we could move past Batman. At least a little. Only lock for me is Batgirl. I may even cancel Y2 Bats.