JTMarsh wrote: ↑
Wed Jul 28, 2021 1:32 am
Hasbro continues to save me money unless they come out with some sort of stellar Slimer figure.

Ah, yes. The proving point for Jason Reitman…does Slimer have an accurate booty or not?!
Top

So this set was great for the $7 I paid for it from GameStop a few years ago. 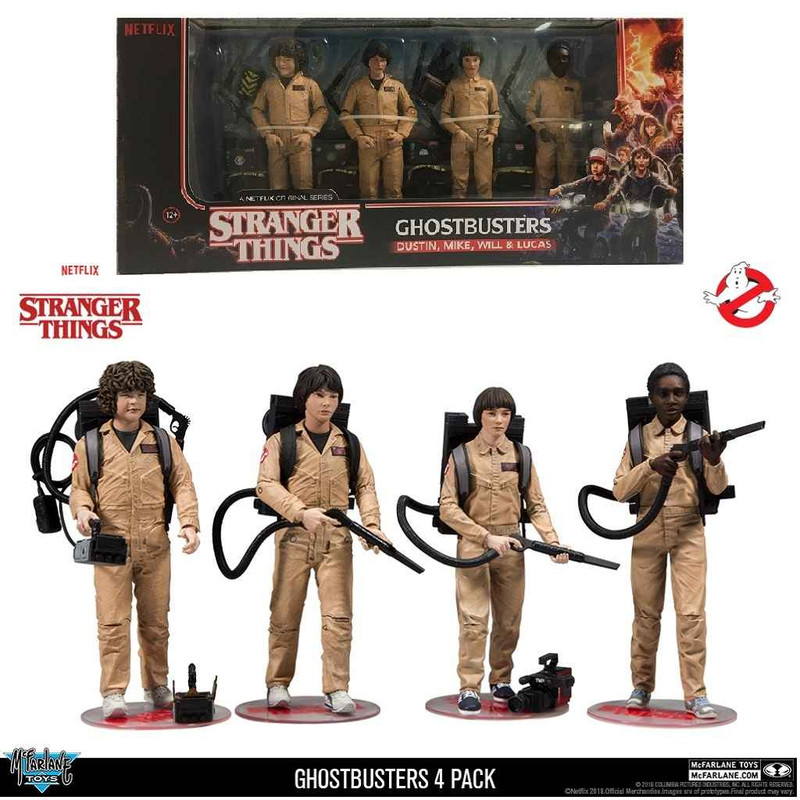 Funny as hell the same kid gets two figures from 2 different franchises and companies of himself as a Ghostbuster.

I’ll probably pick up everything but it definitely won’t be for retail price.

Movie trailer looks “ok” so far but it would take a miracle for it to match the original in style or feel.

A shame the franchise has been so poorly managed since 84 but atleast we have one of the greatest Horror comedies ever made.

I heard Eddie Murphy was supposed to play Winston but did Beverly Hills Cop instead.

Always wondered why they never really added a few new Ghostbusters to the roster for the sequel.

I always imagined that after saving New York from the Apocalypse that the guys would have franchised the GB all over the US and maybe the world and if the threat was big enough they would all team up.

For GB 2 I’d have loved to see John Candy,Eddie Murphy,Martin Short, and Rick Moranis suit up as part of a GB Chicago team.

Part 3 could be more worldwide with teams in the UK,China,Japan,and Italy.With some new Ghostbusters being

Would have been great with such great talent back in the day.
Top

Maybe now with Dan saying that they can expand on this, they can do something like that. Have the best comedians and most charismatic actors of today as GB units in different cities.

Hopefully hasbro can release a few more ghosts in the line before it ends. Specially Slimer.
Top

New Ghosts are a must. I’m very tired of the Stay Puft Marshmallow Man being rehashed over and over again.It was a fun joke originally but that was almost 40 years ago.

I would love Dark GB toyline from Macfarlane that could bring us ghosts and demons from GB lore and new ghost designs.

Alternate forms of Zuul and Gozer from the old days.

I got excited thinking The Boogieman was the BAF only to find it's just a Terror Dog in jeans.
Top

spinc wrote: ↑
Wed Jul 28, 2021 6:39 am
Maybe now with Dan saying that they can expand on this, they can do something like that. Have the best comedians and most charismatic actors of today as GB units in different cities.

Comedians is the way to go with Ghostbusters. I have a feeling the failure of the 2016 film scared the dumbass execs at Sony away from that concept.


If anyone thinks I'm being hyperbolic about how clueless the Sony execs are, and how their 'studio notes' influence these films... you should read the leaked Sony e-mails from a few years back.

I heard Eddie Murphy was supposed to play Winston but did Beverly Hills Cop instead.

Originally, Murphy was set to play the part that evolved into Venkman. The original idea was that Ackroyd, Murphy, and John Belushi would be the primary Ghostbusters, but Belushi's death derailed that (fun fact: an early draft was set in space. Seriously). Ackroyd rewrote the script a few times, and still intended for Murphy to be a part of it, but his schedule with Beverly Hills Cop made that impossible (he also had a few other movie commitments in the works, so the delay would have been significant). Winston was actually a late addition to the script, with the need for an "everyman" to play a surrogate for the audience being apparent.
Top

I found this lone package shot:

It can't be a fake, can it? It has details they haven't released.
Top

I think I see a MacGuffin I’m that pic.

Is the ghost trap in there with Podcast? I see the remote but not the big wheels.

Duh. It’s in there with Lucky.

I’m getting the kids! Maybe the geezers on a sale.

Man they look good in there! Nice that almost all of them have proton streams! I'm thinking I like them all enough...
Top

sweet the og busters comes with the streams! kinda makes up for not having them on the first set of figures.
Top

Streams are not enough for me to buy them. I appreciate seeing older, beloved characters like Luke and Han, but I don't even think they resculpted these heads; just added old man paint apps.

No, I'm still content with my original four unless someday I stumble upon a $5 Gozer and Dana to complete me terror dog.
Top

Loving the accessories everyone comes with. It's gonna be hard not to get the whole wave.
Top
Post Reply
425 posts