Sounds like something I did in college with my ex gf.

But seriously Hasbro all we need is a 6” scale Ecto 1 and you can be done.
Top

Speak for yourself, lol.
Top

Picked up the Neutrona Wand at Gamestop for $80 on clearance today. Haven't opened it up yet but pretty happy as I had it on pre-order for $100.
Top

That Neutrona Wand is one fun device. I love powering it on, only hope when they do a proton pack it will amplify the sound a little bit. It’s also too bad they don’t have some kind of pool noodle attachment with interactive lighting to enhance the proton stream! My two daughters really got a kick out of it too and I was able to get them away from their anime for about ten minutes! Lol
Top

Seeing them in photos just how oversized they are. They really need to be smaller. It's not easy. Fingers hold them perfectly though. 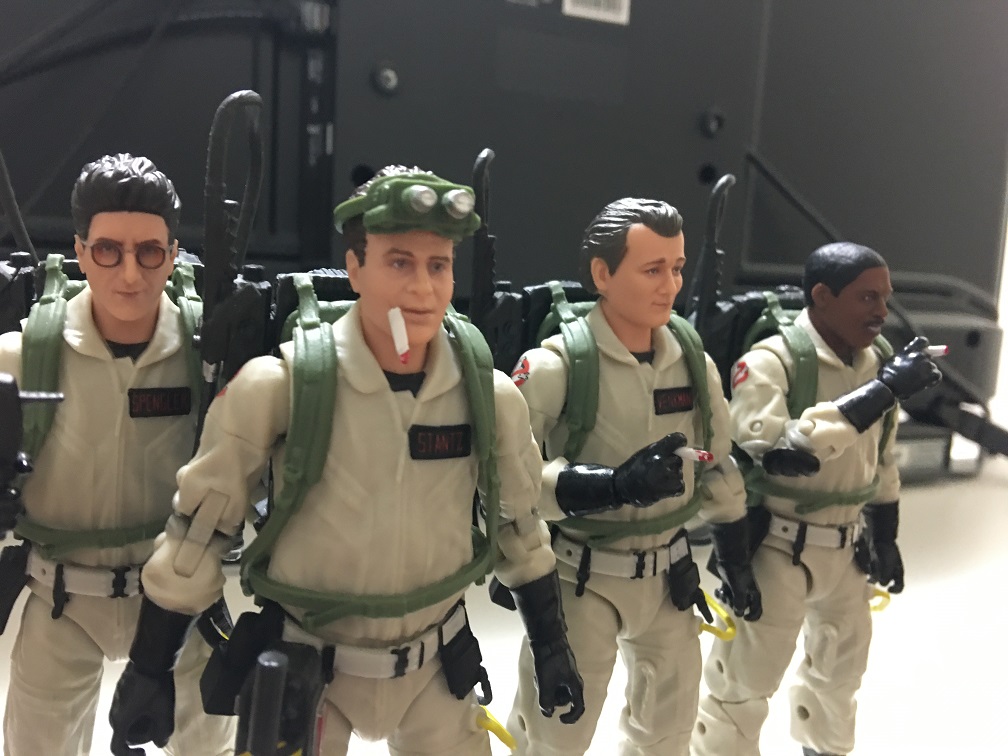 They look like they are enjoying some fat rolls of the green. Snoop would be proud.

looks like we're finally getting some new plasma figures... and they're repaints.... 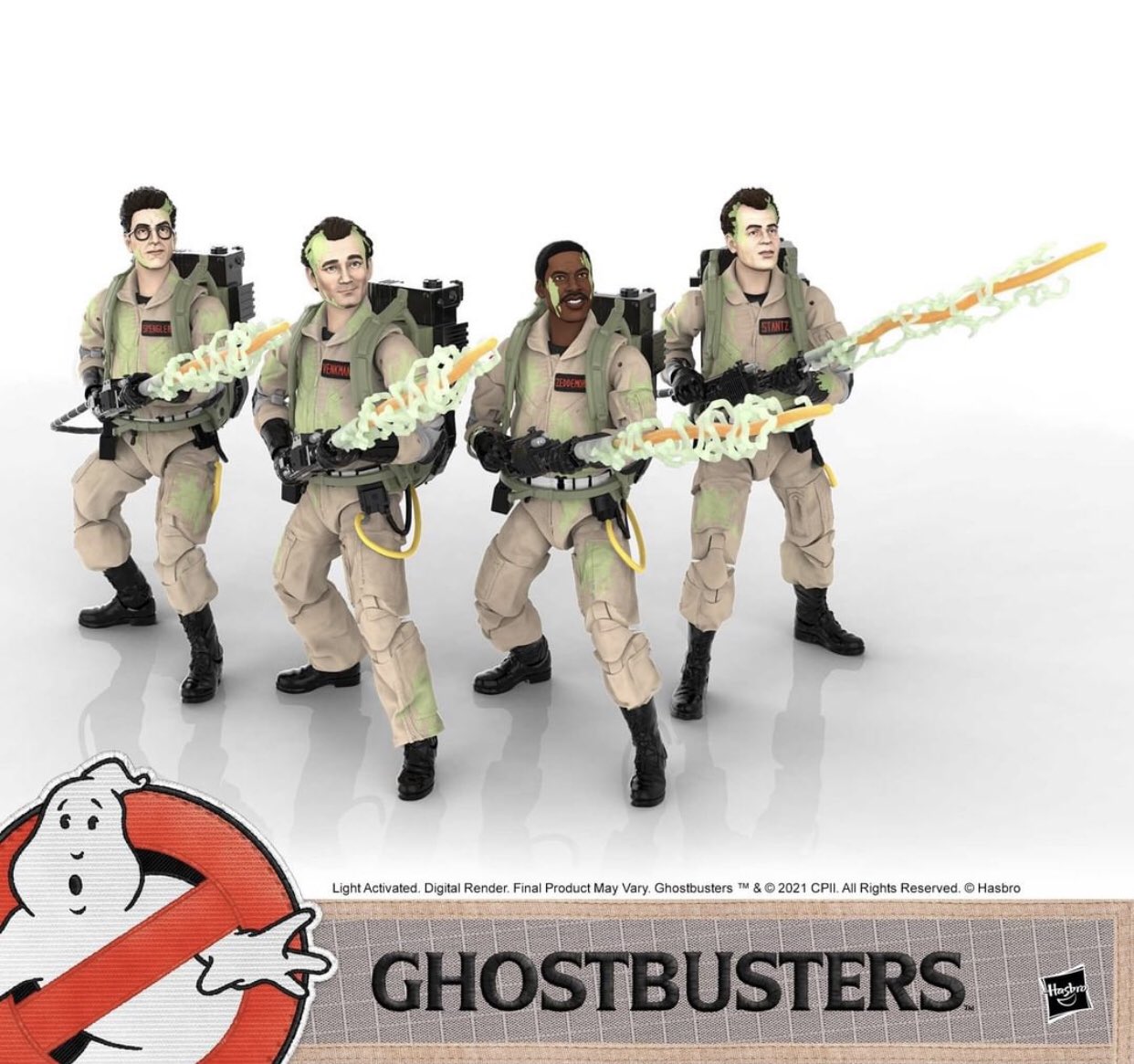 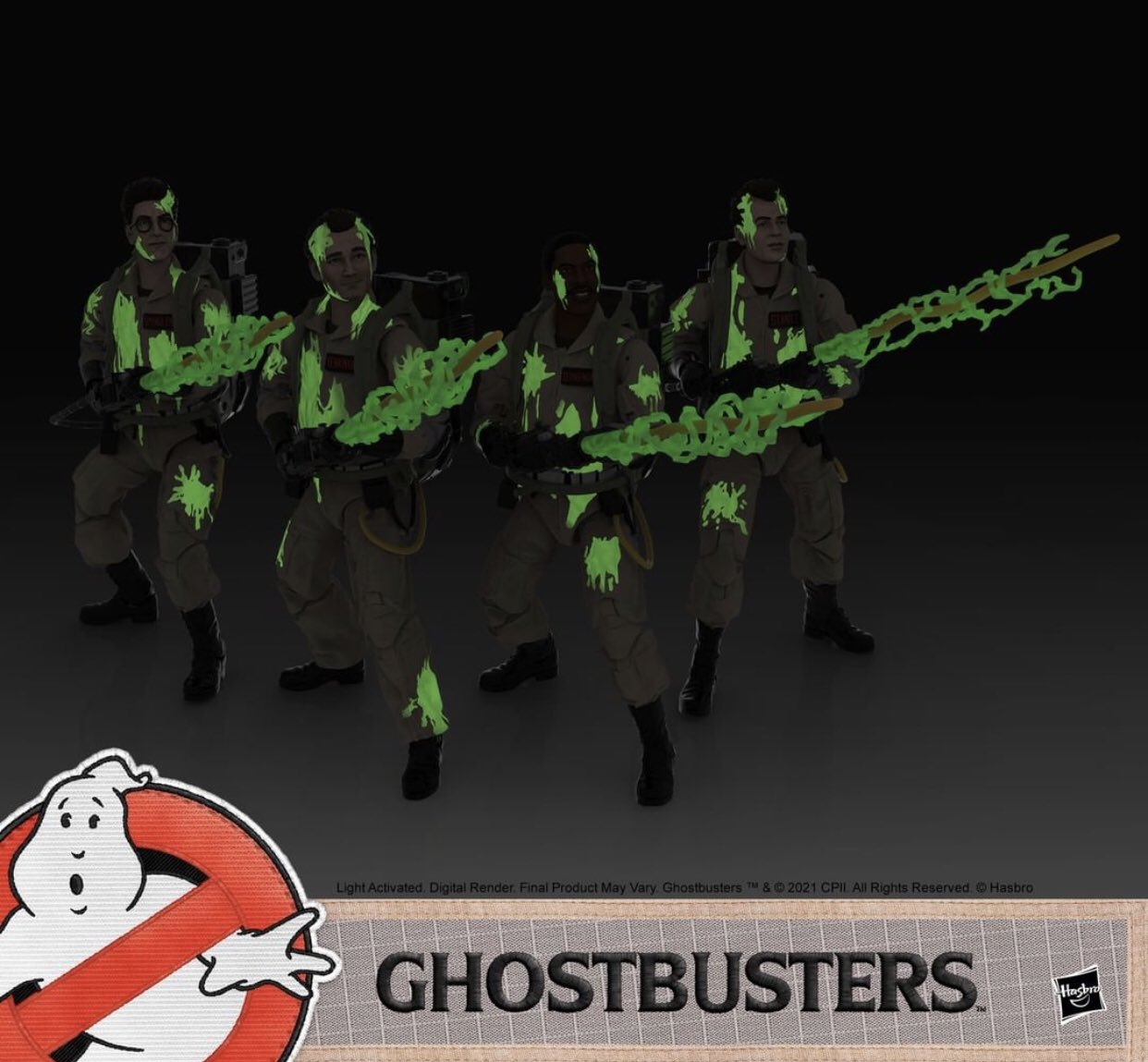 Now, I love glow-in-the-dark as much as the next guy, but this feels a little lazy to me. I would have preferred Ecto-Glow repaints of the main 4
Top

Yeah, this does feel lazy. And asking over $80 for something we already have just with some glow in the dark paint added on. But, I guess it's ok too. Just a unique little variant for anyone interested. But I personally am not interested. 1.) Never in the movies are all 4 guys slimed with green slime. I know that's not a big deal, but it's not in the films, so why would I need it. 2.) The slime spots make the figures look strange in the light. The splotches make the figures look like they have defects. But then, you turn the lights out, and yes, it's bright green glowing Plasma. However, then you can no longer see the figures. Just the appearance of hovering green splotches .

I don't know why water activated slime splotches or glow in the dark features feels fun for the Kenner line, but here it feels weak. But, it just does lol.
I know they are waiting for the film to come out before they make a move on doing some really cool characters, but this feels lazy, and I think this will be a fail for them overall. These will shelf warm on pulse like Wave 1 did at Wal-Marts.
Top

I like how Mattel completely bungled the Ghostbusters line and Hasbro is like, we want some of that!

Granted Hasbro has done more and better and it's at retail, but overall this has been a pretty big swing and a miss outside of the RGB stuff.
Top

Wow, what a lame second wave.

Are these really $27 each, without even a BAF? That's nuts! I was thinking of picking up just Winston, but definitely passing on these now.
Top

It’s not a second wave. It’s obviously their summer con exclusive and the cons were all canceled.

Edit: I see it’s a wave available everywhere (like BBTS) but I’m sure these are still a repurposed exclusive.

WHY THE @#$% IS THE BLUE LIGHTNING OF THE PROTON STREAMS GREEN GLOW IN THE DARK PLASTIC? WHY NOT USE BLUE GITD PLASTIC? OR JUST DO THE WHOLE STREAM GLOW?

The rant was a joke, of coure, but why did they do that? Now it just looks weird.

They look like they have pinless knees... but I can kinda see the pins in the elbows. Besides, why would they remould only the knees and not the elbows or faces?

Peter looks way better, as his head isn't squished horizontaly like the first release... but are they gonna fix the mold? Or is that just the digital sculpt that looks good? And why does Ray look worse now? Why not make new sculpts?

The kinda look like their necks are higher, which would fix the looks too. But again, are they true fixes or just the renders?

And why not take the opportunity and give us an open trap with effect, a closed pke meter, something new? Why not give us at least a slimer, or a BAF ghost again?

They look like the suit color is way better, but again, real or render?

I like that the line isn't completly dead, but I agree that these seem ex-sdcc exclusives. And these just give me more questions than answers for some reason.

The line just looks like it has an extremely low budget, that's why they are doing these. And it's okay, I like them, I do want another Ray, and maybe another Egon, and if Peter is fixed, then maybe him too...
Top
Post Reply
265 posts