I wish they would've put up Kira. She's the one I wanted most. Damon is sweet too but Kira is one of my fave rangers, and she has one of my fave female names. I'll wait to preorder them till she goes up. And I'll probably wait for a sale for Adam. He looks good, but I have the glitter version, the Zeo version, and the 2 Zack MMPR figures. I really don't need this one. So if I miss it no big deal. I only have Kat and Aiesha because they came with other figures I wanted in the 2 packs. And he doesn't have an axe. So stupid. The episode specific weapons are 1 and done, and most of them were kinda dumb. This better not be a trend. Having both the axe and the 3 blade blasters should be standard. They already have the molds for them all. I was really hoping this was gonna be the Mastadon Sentry. Guess I'll have to wait longer for that.

Got the Red Sentry in the mail from Target. I really like this costume design and the extra armor on the legs. I wish the arms had more of an armored look to match the legs.

The cape—shoulder armor piece looks nice in a vanilla pose. But again, it might have been more interesting to have the pauldrons attached to the arms themselves so you could have a more armored look even when posing the figure more dynamically.

Love the helmet design and the double-bladed glaive is very cool. Love the effect piece.

Up-down wrist articulation would have helped with posing the glaive, too.

Overall, happy I was finally able to get this figure despite missing all the preorders months ago. It really does look cool.

While it would've been cool to get better poses out of the figure with the cape on, they would've had to make the cape cloth to do so. And that's divisive in most 6 inch communities, and probably wasn't feasible with all the new parts. I'm honestly surprised the Andros exclusive got the cloth cloak. But that figure is 100% reuse with just the new cloak itself and very little paint. And they already have the up down wrist hinges, but for some reason choose not to use them on most figures that would benefit from it. The Zeo and SPD figures have it, and the single packed Leo has an up/down right hand to hold the bazooka better. Why they haven't kept using even just that one is a mystery. It would make most sword users 10x better, even if it were just the right hand.

I've got an extra if you need it

Big shout out to thewyldman for hooking me up with an In Space Silver!

With him in my collection I'm getting closer and closer to a jump off point with this line!


With my lost Walgreens package, Fedex just keeps proving why they are my least favorite shipping service.
Top

Found three Red Sentries at Target, walked out with two. That brings my total to four, and my wife says I now have enough.
Now I just need four Mastadon Sentries, Four Sabretooth Sentries, and four Pterodactyl Sentries to complete my army of Drakkon minions.

I don't have space for all that. Or money lol. But if only I could I would. It would be a grand army.

Well, every Target near me seems to be getting a good number of Red Sentries. Hopefully this means they know how popular the Sentries are/will be with army builders. And that the other three flavors are as easy to get.
What will be really tough is if the Red Sentires start going on clearance to $10-12. It will be hard to resist not getting a few more.

At that price I will definitely get more if I see them. Unfortunately around here the PR exclusives go fast. Most PR stuff does honestly. They don't get to clearance unless its something extremely unpopular like Andros in black was. Even the monsters were gone before clearance.

ooh if the red sentry goes down to $10 i may get a few. some of my targets has like 5-6 hanging, so yeah i can see them maybe go down depending if they don't sell out super fast.

I have been watching reviews of the zap megazord from the uk, it’s a big boy.
this one shows the og, legacy, soc 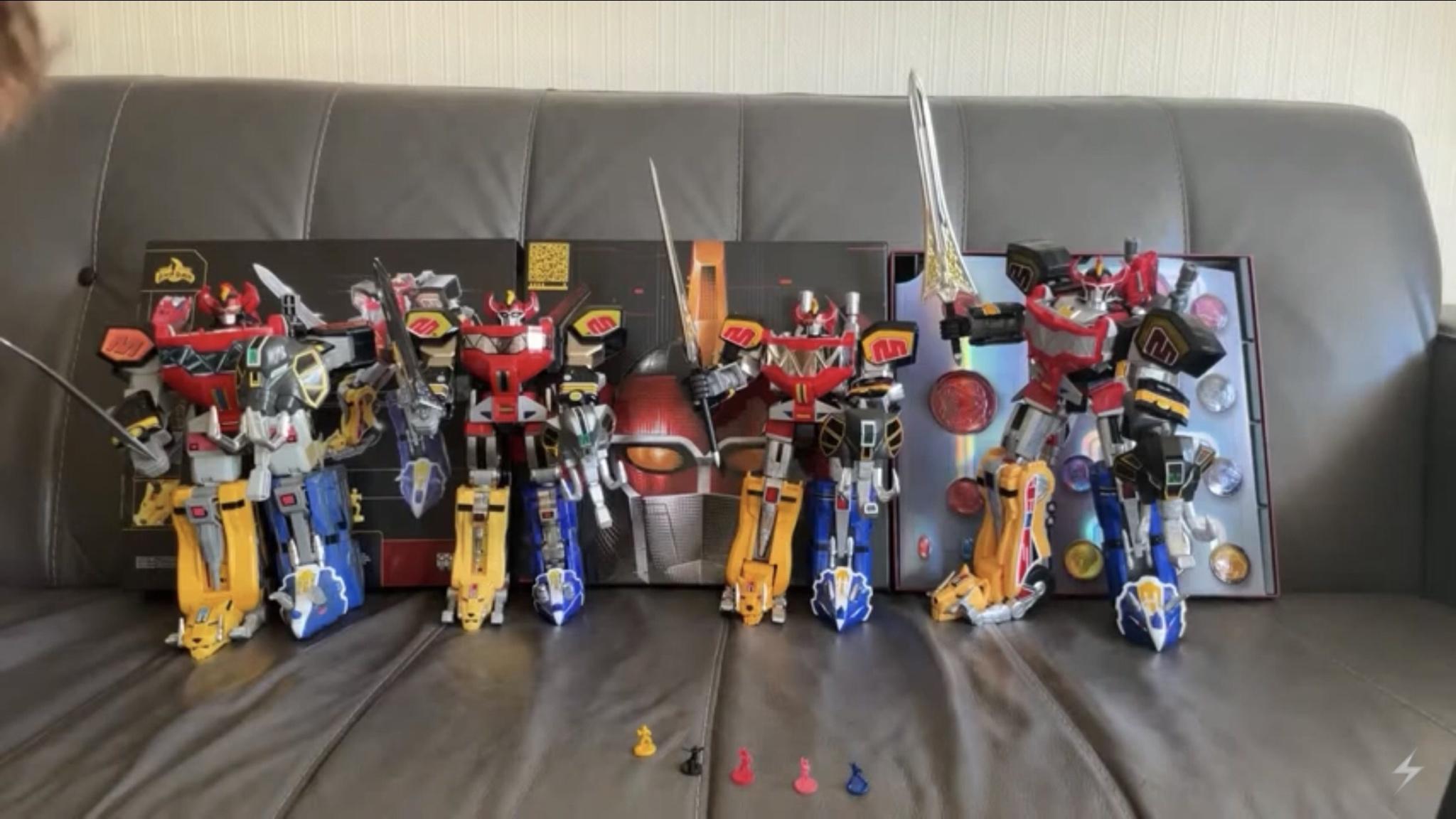 this one is legacy and the small hasbro one 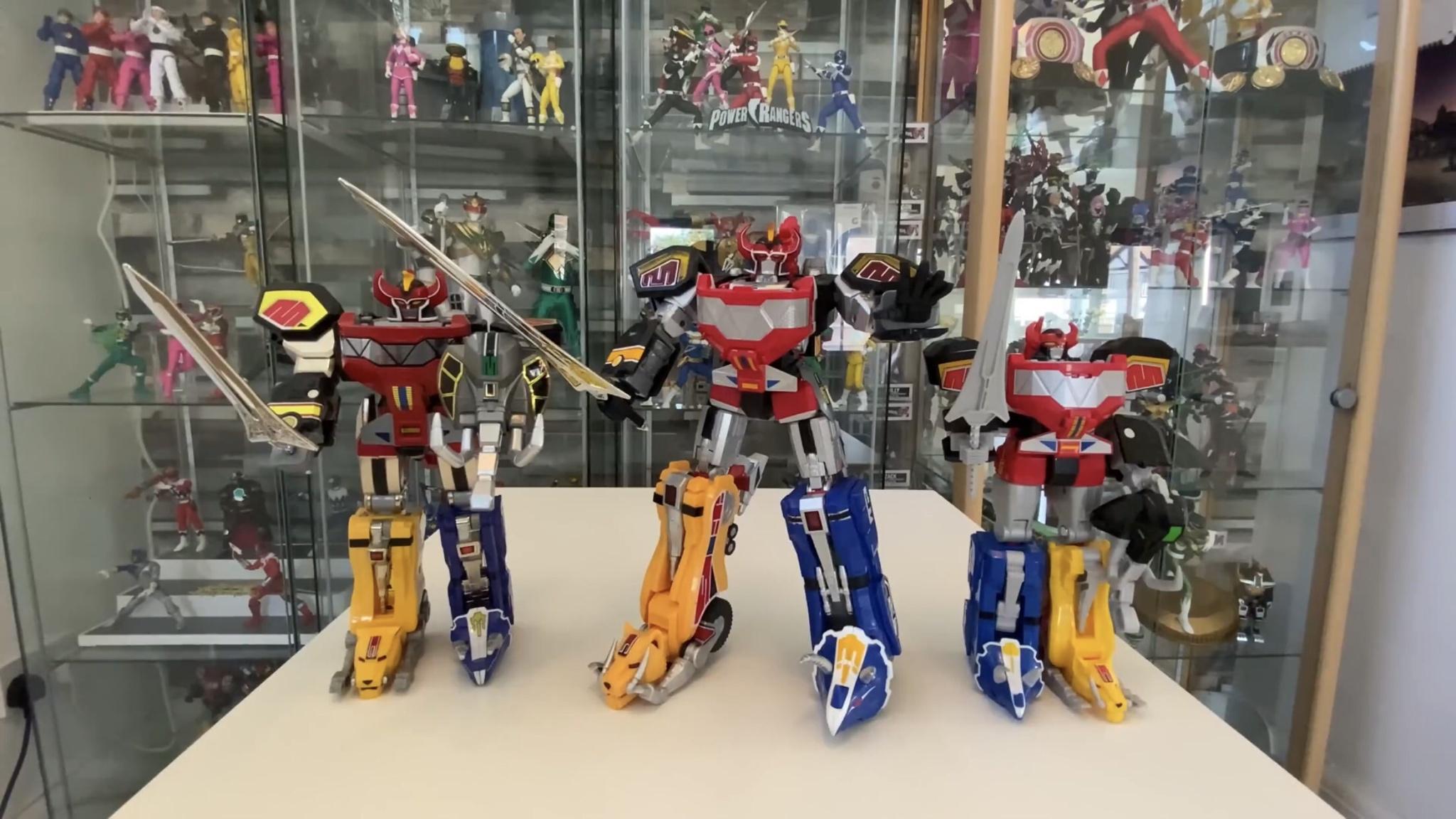 The pulse website added a image showing this is about 11.5” tall.

overall there's mix feeling with this one, some like it and others say it's not worth the price.
Top

If you ordered the ZAP Megazord from Entertainment Earth, it's worth checking your account. It was my first order from EE and I didn't know they will charge your account without any notification.

In related news, my ZAP is on the way!!
Top

They're getting closer to wrapping up some more teams.

Dino Thunder Black wraps that series up.
Dino Charge Blue wraps up the first season right? Purple/Kendall is my biggest want right now though.
Lost Galaxy Yellow and the two Pinks wraps up that series.

I'll buy anything from Turbo, but I think Hasbro's afraid of it.

Slixta wrote:I'll buy anything from Turbo, but I think Hasbro's afraid of it.

TBH, I'm nit sure I would get anything Turbo, though I did get Phantom Ranger. I barely watched Turbo because it was too odd, even for power rangers. I might do that team if we had confirmation of the Blue Centurion.

Sent from my SM-G998U1 using Tapatalk

Pretty sure he's tied up in legal rights.

If they do figure all that out I hope that he and Dulcea come in a two-pack.
Top

Slixta wrote:They're getting closer to wrapping up some more teams.

Dino Thunder Black wraps that series up.
Dino Charge Blue wraps up the first season right? Purple/Kendall is my biggest want right now though.
Lost Galaxy Yellow and the two Pinks wraps up that series.

I'll buy anything from Turbo, but I think Hasbro's afraid of it.

Spd is getting close too. We just need Z and Kat, unless people want Nova too, which I wouldn't say no to. But shes not a priority, or necessary imo.

Yea the ZAP Megazord looks cool but it's way too much, especially now that the Dragonzord has a similar price. I mean, if I wanna rebuy all my megazords, that's alot of money, considering I have all of them except the black and gold repaint of the og and Titanus. I even have the cheaper crappier Titanus they made for Amazon before the really cool one came out. But I am quite happy with the Legacy ones with the die cast metal pieces, and they were cheaper. Although, inflation and all that. But even the Zeo Megazord Hasbro did that doesn't transform was overpriced for what it is. I'm glad I got mine on sale. And I still think I may have paid too much. It looks ok... but that's about it.

I'd buy Turbo, with the movie heads. After the og team left Turbo kinda sucked. I'm glad the characters got redeemed on In Space. But Justin was like a big focal point they tried to shove in our faces and it was awful. I don't hate any of the rangers, even some of the more obnoxious ones. But Justin is probably my least favorite of any of them. And it's not the kids fault really. He was just written poorly. I'm sure he did the best he could with what was handed to him. But if they ever did a Turbo Blue, I may try to find another Rocky head to put on there, or buy an extra Rocky normal red when he's eventually released, since hes the last of the replacements needed.