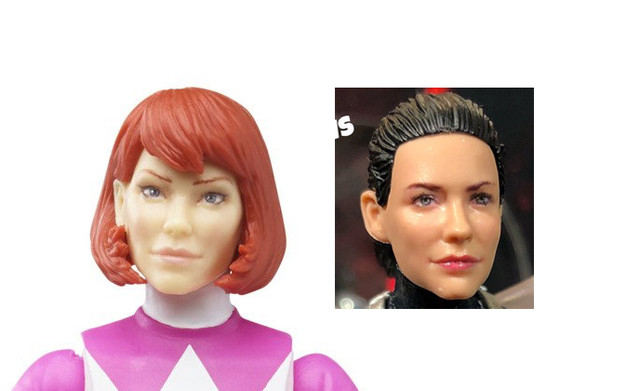 Yes, sort of. Dino Charge had a Graphite Ranger. I guess they thought that sounded cooler?


And Saban probably didn't want kids to mispronounce 'Gray' Ranger as something else.
Top

If we didn't know about the standalone Shredder, I'd guess him for sure as coming with the Red Turtle Ranger. As it is, I'm guessing it's likely going to be a foot soldier type of figure, or maybe in a rare twist we'll get a unique monster from the Turtle-verse for them to fight instead of just Shredder.


The only reason I don't see them doing the Ninja Rangers yet is because that would leave the rest of the team unfinished until at least this time next year given the release schedule they're working off of, unless they do some kind of fan channel release. But I'd be happy to be wrong, as those designs look cool too, and I'm always down for more civilian style characters in the line.
Top

The Price Hike is for real.

Last week at my local Walmart in Canada, these pegwarmers were priced at 10 dollars less. 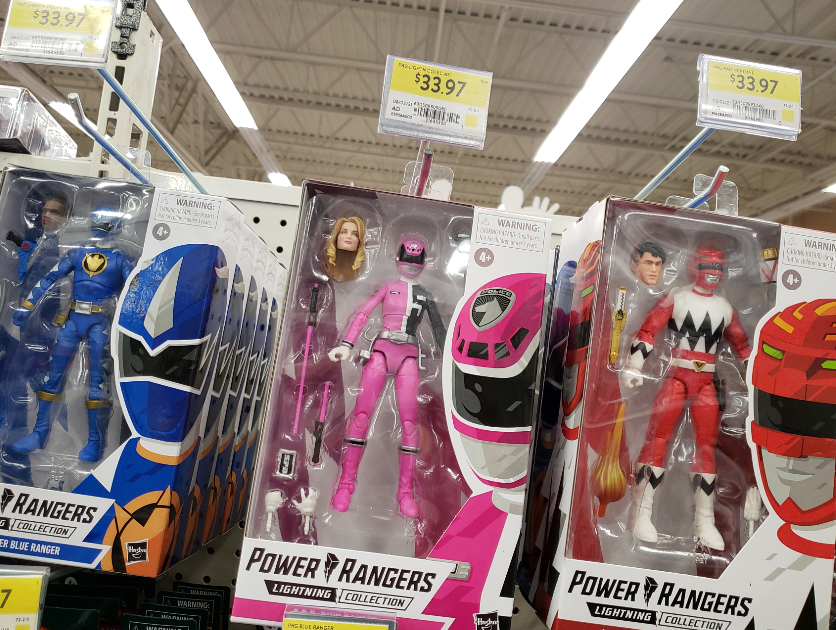 Now you're paying nearly $40 Canadian per figure, after Tax.


Meanwhile the DC McF stuff is around $25 CAD.


Somethings definitely up with the Hasbro.
Top

I think, judging by NECA, its less something up with Hasbro and more that they're getting ahead of the curve.

Prices are jumping all over the place.
Top

Inflation is upon us. Prices will be creeping up in everything.

Misfit wrote:I know everyone has their own toy budgets and I'm not trying to shame you or anything, but you'd let a $2 price hike alter your spending habits to that degree? Not that I want companies to just start tacking on a couple of bucks to their price-points, but something that small wouldn't alter anything on my end. Especially if there was a justification behind the jump that isn't just inflation related. Now the $10 Super7 price hike from earlier this year? That definitely affected my habits because that added $40 to the cost of one of their 4 figure waves, basically making it like buying 5 figures under the old model while only receiving 4. That one sucked, even though I understand why it had to happen. And it definitely played a role in my approach to their Power Rangers offering. Had they stayed at $45, I may have taken the plunge on the Green and Yellow Rangers, but instead I just grabbed Goldar and the T-Rex as they should work fine with my current Bandai/Lightning Collection hybrid display I have going on.

If I were just cherry picking the line like I do TFs, SW, and ML then it wouldn't be as big a deal. But that $2 a figure when you're buying almost everything adds up quick. Wave of 4 gets an extra $8, 2 packs that are coming 2 at a time are also another $8, and then exclusives and army builders add even more. $23 as it is is getting steep for me. Hence why I cut down so much on ML and SW. It just adds up over time. Especially when you alot so much of the budget for things, and things are released close together. Bills and food both exist. I've lived off Ramen and Katsup packets before. I don't wanna go back down that road just for plastic I don't *need*. And it wouldn't necessarily mean jumping off altogether. But being alot more selective with the teams I do get. Which sucks because I really want as many teams as I can get, aside from shitty A Squad. Also especially since they're probably doing the Ninjetti and movie suits soon. I absolutely love both those looks.

I like the April head alot. But as with the first set I'm gonna have to wait. If Shredder is indeed a Fan Channel figure and is only say $25 (only cause hes a special case) I may preorder him, depending on his release date. But anything more or if it's also november I'll have to wait on him too. I may be the only one, but the Turtle heads look a little small to me. They look nice. But just kinda undersized.

Silver is a kind of grey? Lol. And Kat Manx Ranger outift had Orange in its color scheme. As did Jungle Fury Silver. But neither are considered orange. Kat is just Kat Ranger. And I don't know if they actually said the colors on Jungle Fury, but it was a Rhino. I think they went with the animals and not the colors, at least for the 2 added later members.


Now you're paying nearly $40 Canadian per figure, after Tax.


Meanwhile the DC McF stuff is around $25 CAD.


Somethings definitely up with the Hasbro.

I look at it as less a Hasbro thing, and instead wonder just how McFarlane is keeping their prices down. I don't own any of their stuff because it doesn't appeal to me, but it looks solid and of good quality so it's pretty impressive they're able to make money at that price point (especially since they're selling licenses that aren't cheap). I know they can be light on accessories, but otherwise, they look like a tremendous value. I guess enjoy it while it lasts.
Top

I see it more as a Hasbro thing, as Mattel, Jazwares and McFarlane prices have held so far. Hasbro is the only one jacking prices that I've noticed.
Top

Interesting. I wonder if they will consider a separate single release of the Foot Soldier so people could get multiples? Probably not - since I'm assuming whatever deal they've got limits them to the Power Rangers crossover stuff and an army builder foot soldier might cross a line. But for me personally I would buy up a bunch of these Foot Soldiers as they appeal to me in a way that the NECA and Super7 offerings never have.
Top

Grabbed my set off Pulse. In some ways Raph is the best looking of the Rangers, but has the worst head. And as I am anti-red, and Raph is in my bottom two Turtles, it says something that I like the figure so much.
Tommy looks all right, if a little plain. Haven't read the comic yet, is Tommy good or evil in this series? Just asking so I know where to put him. GR Shredder will probably go with Zedd, Rita, and Drakkon on the villains side. I have fully masked Fighting Sprirt GR there as well as my "evil" GR.

Dorkside has it too.

Bravo to Hasbro on getting these fun fan desired figures to many avenues so it’s easy to get. Yes the cost is more. But it’s not something you have scramble to get with a few suppliers.

Red Ranger Turtle and Foot Soldier both look really cool. Loving the larger heroic build on these turtle Rangers, too.

This is a something they can expand on too. MMPR in ninja looks, the Turtle Mega Zord….

mr_mxyzptlk wrote: ↑
Wed Aug 04, 2021 6:26 pm
Grabbed my set off Pulse. In some ways Raph is the best looking of the Rangers, but has the worst head. And as I am anti-red, and Raph is in my bottom two Turtles, it says something that I like the figure so much.
Tommy looks all right, if a little plain. Haven't read the comic yet, is Tommy good or evil in this series? Just asking so I know where to put him. GR Shredder will probably go with Zedd, Rita, and Drakkon on the villains side. I have fully masked Fighting Sprirt GR there as well as my "evil" GR.

Tommy is good. He infiltrated the Foot Clan to save a friend who has bought into the clan.
Top
Post Reply
2959 posts