drkknght64 wrote: ↑
Sun Jun 13, 2021 7:33 pm
Okay went to a different Walmart than the two from yesterday and found 2 Tenga Warriors on the pegs plus the rest of the wave. I grabbed both and already have the other three from the wave from yesterday's find. I'm glad I canceled the preorder I had with Gamestop a couple days ago.

Thanks for the heads up on Walmart, checked the little store down the street from me and sure enough they had a full case with two of everyone. Grabbed Carlos for myself and a Tenga for a buddy. Tenga looked SUPER cool in-hand. Nice heavy box too. If I had any sort of connection to them, I’d have grabbed one for myself.

Yeah, no problem.
This was the first time for me ever seeing a full wave of Power Rangers.
I guess I got lucky that I got bored sitting at home.
Top

Trunks3540 wrote: ↑
Mon Jun 14, 2021 8:18 pm
Yea I knew about that difference. But its the height that kinda matters more for those characters listed. But that does beg the question, why would Hasbro make different chest molds that look so similar that they're hard to tell apart, but not a huge difference in height? I would think the height would be more important then slightly thicker muscles. Ethan looks so weird next to Conner. Cause in the show he is considerably shorter.

Yeah. That's a big ask from Hasbro. I doubt we'll get that level of detail because they like reusing the same ranger body molds over and over.

Conner is indeed considerably taller than Ethan, Trent, Jack etc. However, with posing the figures.. you can make the heights look more accurate. I doubt anyone will have the LC figures just standing in a neutral pose anyway.
Top

I have some that way, but more cause of space. I try to put them in dynamic poses when I can fit it. If I had a house, like a basement or a room I could dedicate this stuff to, I would put more up and put them all in more dynamic poses. Marvel, Star Wars, Transformers, ect... but alas, I do not.

You must have a lot of figures if space is becoming an issue. I can relate because I made the decision to confine all the action figures to one specific display room. Because there are so many, I'm reaching the point of finally winding it down before it looks like clutter. That Ecliptor pack is a good last purchase to end out the yr on for LC.

Lol... you could say that... My ex told me while we were together she wanted me to get insurance on my collection. I have stuff dating back to wave 1 of Toy Biz ML. Furthur even. I still have my old Toy Biz 5" XMen figures and Batman the Animated Seires toys. Beast wars, almost every Halo McFarlane figure ever made, most of the DCUC figures till around the point of them doing Suicide Squad and Justice League movie figures, tons of Star Wars dating back from the early days of the Kenner PotF2 onward, a select but decent amount of Black Series, Power Rangers from when Bandai had the rights, and a ton of misc. stuff I liked so I bought them. Resident Evil, Ninja Gaiden, Dragonball, tons of Clayburn Moore comic figures like Witchblade and Lady Death, GI Joe from the films...

When we broke up I left and lost alot of display space. So now I have about 15 to 20 big plastic bins full of figures I can't put out anymore. Went from a 2 story and basement house to a small 1 bedroom lol. and I've gotten alot more since then. My collection is worth more then my house. If I had to guess, probably close to 100k. Taking into account inflation. But, since alot of it is older and has been replaced by new and better versions most of it probably wouldn't sell. And alot of it has been modded to some extent. More accurate paint decos, or joint breaks and fixes, joint tightening, ect... And almost none of it is in package lol.

I actually pulled a couple of McF Halo out a couple weeks ago and had 1 break just from me taking it out of the bin. So I'm afraid to do that with any more of them lol.

I've been buying these since I was probably 10? And I'm 36 almost 37 now. Alot of time to accumulate alot of shit. Maybe I'll see about donating it to a museum or something when I die. Who knows.

RangerBoard has posted photos for the new Zeo Cog footsoldiers 2-pack. I believe this was what was hinted last week during the Fan Friday presentation.

Also managed to find the Tenga Warrior wave (sans the Tenga Warrior) at Walmart. Jeez, some of the paint apps are horrible this time around. Saw two Kais with bad helmet painting along with a Carlos with a bad helmet as well. Did get Bridge though, the paint was not so bad on that one.
Top

All the 3s I've seen on Bridge are crooked on the bottom. I repainted mine to make it better. Oddly enough, my helmets were pretty good. Considering I preorder them online.

The Cogs look simple. But it works since they did in the show as well. I'll probably get 1 pack depending on price and release method. Maybe a second of I see it on sale. But, as for stated reasons above, army building isn't in the cards or I'd get about 8 or so for a nice squad of them lol. 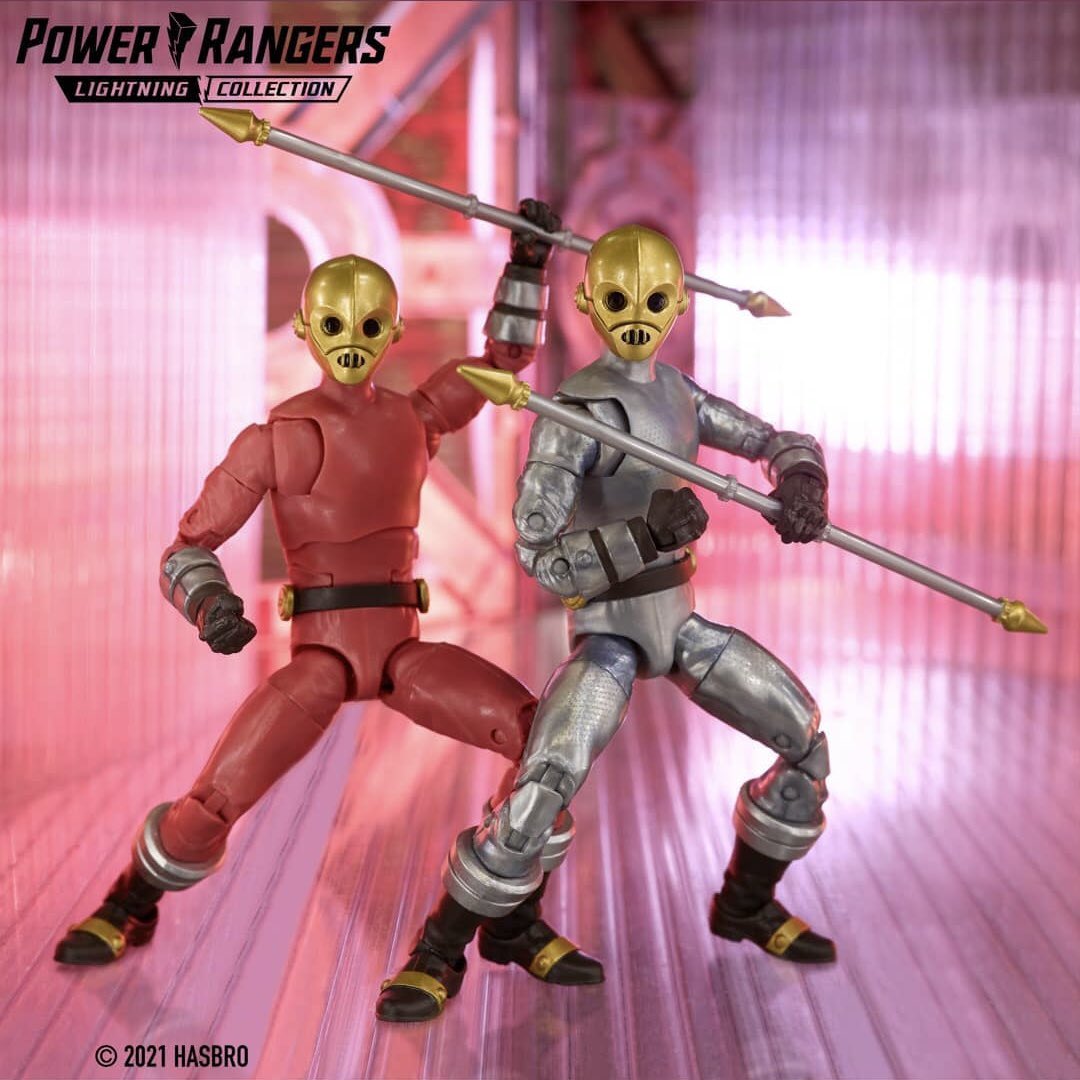 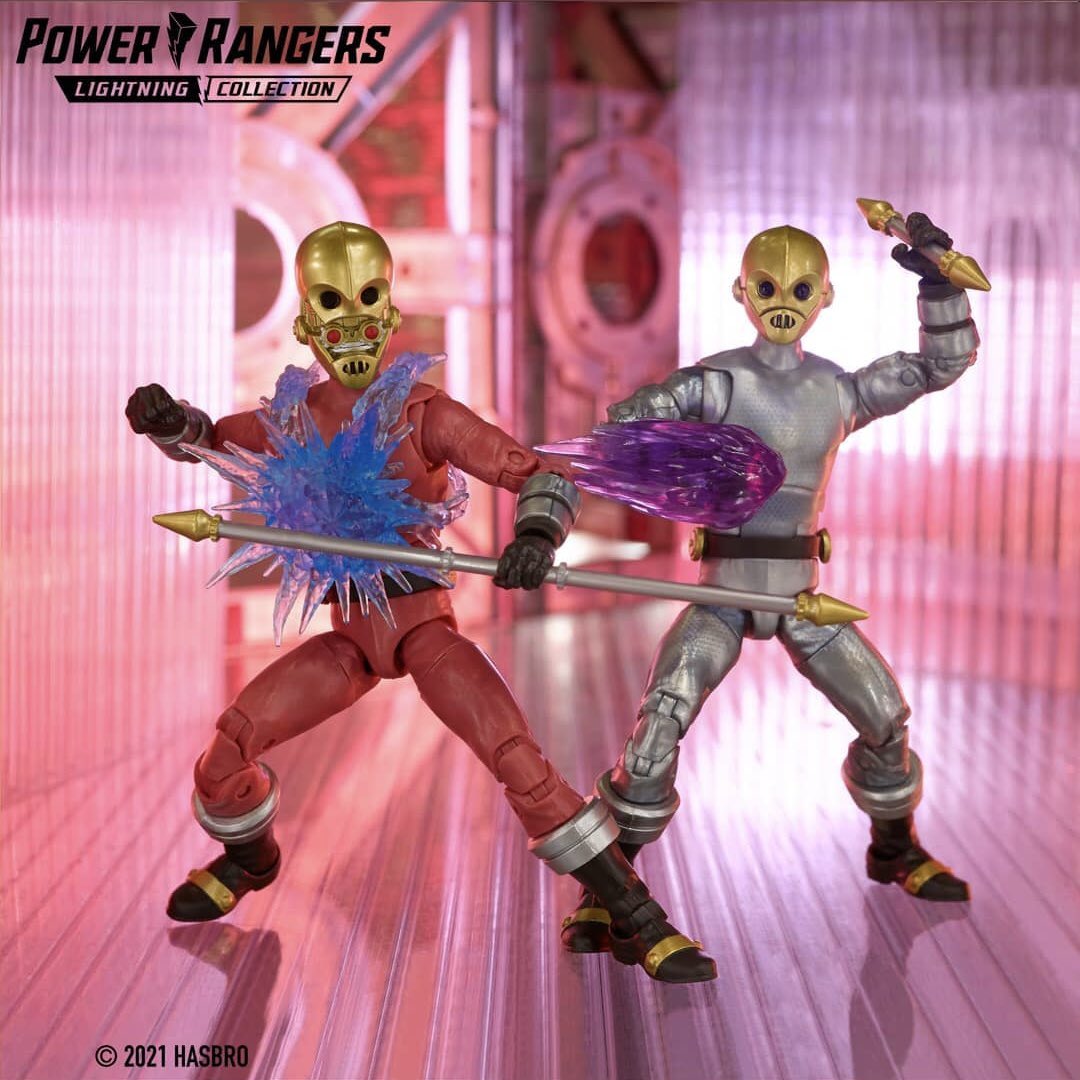 As far as army building, I usually only go for just two foot soldiers, but with this two pack with different colored suits, I'll get two 2packs. I'll do the same for the Quantrons. There is a code for Wave 10 BLM Parsec, BLM has meant In Space, Parsec could be a Quantron, but it could also be a Piranhatron since they were heavily used henchmen during that season too.

I found In Space Black ranger Carlos at Target, but decided not to get it because of the paint. The helmet lines weren't perfectly aligned. Not the worst I've seen, but the rest of the paint wasn't great either. The black was faded under the armpit and the squares were not straight and not fully colored. A random figure Amazon sends me might end up be better looking so I'll just keep that.
Top

Locked in two sets for now.

Always liked the Cogs even though it wasn't a season I particularly cared for.

Ugh, I keep saying I'm out of this line, but certain figures keep me around. Went ahead and pre-ordered these because if it's like the other Pulse exclusives, they'll be one run and done.
Top

I'm on the fence. They look cool. But 42 and shipping is a bit much. At that price I'd only want 1 set. And I have alot of other stuff coming this year... and these are not a priority. Most power rangers are, but not these. Wish they were Amazon or something so I could wait on them. And odds are they'll come out the same time as the new Astronema pack. I'm gonna see when the Astornema pack is coming. Then, if it's not November, I'll order 1 of these. If it's in November though, I'll have to wait on the cogs. And hope they don't dissapear. They're not putties, so they may stick around for a little bit. But they look really cool. The alt heads especially. I'm betting on them having less fans then the putties right now lol.