My target has about 20 Chyna, 10 Goldbergs and nothing else... Waiting of the new Ultimate especially Stone Cold and that Amazon Hulk. The wait feels forever especially for Stone Cold.
Top

blackcomicnerd wrote: ↑
Thu May 06, 2021 1:18 pm
Is there any sites to order/preorder Mattel WWE figures besides Ringside Collectibles? I really don't like dealing with them but it seems like they're basics the only online distributor besides Walmart, Target and Amazon.

I've ordered from this site a couple of times:

I only collect nwa early wcw figures. So far this year I've found dusty, michael ps hayes, and stunning steve. Is there any more wrestlers from that era being made or that I've missed?
Top

jeremy13 wrote: ↑
Mon May 17, 2021 5:42 pm
I only collect nwa early wcw figures. So far this year I've found dusty, michael ps hayes, and stunning steve. Is there any more wrestlers from that era being made or that I've missed?

There's a Four Horsemen 4 pack with Arn, Tully, Barry Windham and Flair that's still inexpensive.
Though they oddly made Barry Windham with the short-lived look he had as "Widowmaker" Barry Windham in the WWF.

JJ Dillon was a BAF in a Walmart exclusive basics wave and is very expensive.
Magnum TA goes for around 30 shipped.
Brian Pillman is 50+
1992 Ron Simmons was a Target exclusive and goes for around 75 without the title belt.
Surfer Sting - Great American Bash red/white/blue jacket is the cheapest though the head is pretty ugly.
Road Warriors - both NWA and WWF versions are super expensive.

I'm hoping Jazwares will do some Legends stuff eventually and get us a Natural Dustin Rhodes, Arn/Tully with entrance gear, and a better young Sting.
Top

Awesome thank ya! I'm hoping for Rock n roll express, midnight Express a good jim cornette... I have all the others mentioned there, I was just checking to see if I had missed any in the last year, as I havent bought anything since jj Dillion wave. But thank ya again
Top

jeremy13 wrote: ↑
Mon May 17, 2021 5:42 pm
I only collect nwa early wcw figures. So far this year I've found dusty, michael ps hayes, and stunning steve. Is there any more wrestlers from that era being made or that I've missed?

In addition to the figures Diddy mentioned:

Legends 3 Vader - expensive now
Legends 10 Vader - more New Japan but he wore the gear in his WCW debut and it's in Target stores now
SDCC exclusive Shockmaster - also expensive
Elite 38 Macho Man (not sure where your cutoff is but it's a 1994 Macho Man)
Legends 6 Kerry Von Erich - super expensive EDIT: I'm dumb and he wore the white trunks in a different match against Flair
Top

There was a Kevin Von Erich, Harley Race, DDP, Arn and Tully single packs, Ricky Steamboat, King Kong Bundy, Terry Funk, Sgt Slaughter, Paul Orndorff, JYD, Roddy Piper and Bob Orton at the least (a lot of the guys kept the same overall look from NWA/WCW to WWF). A lot of those are the early Legends stuff which is probably stupid expensive on the after market, though.
Top

I received Jeff Hardy from EE a couple days ago and I just realized they sent me the variant of the red, white face paint, lol.
I was in Walmart last weekend and stopped over to the action figure aisle and on the pegs was Edge and his variant. I saw this young bigger guy, I guess he was about 6ft3 eyeing them over my shoulder. I turned around and said you like WWE Elite figures and he said yes sir so I said well here you go. I handed them both to him and he said really and I said yep. He thanked me and just stared at them while I was leaving the aisle.
Top

Thats pretty cool. I have still never seen an Ultimate at retail. Macho Man though, what a great figure. I ended up buying two Ultimate Macho man figures. One to display with the jacket and everything on, and one without. I liked it that much.

Um i collect womens division action figures (i have around 70+) and i for the life of me cannot figure out how to remove Elite 83 Sasha Banks' jacket. i can remove the sleeves but its almost like the actual jacket is stuck to her torso. plz help.
Top

Same. Saw two of each. Only grabbed a Macho Man since I’m not so big into wrestling figures since they brought Hogan back. Still, I wanted this style of Macho Man since 2014 and this is the first time I’ve seen one in public.

The head sculpt looks better than the other Macho Man I own (Elite 23, gold attire), and the added articulation is neat. Might take the extra head and put it on my other Macho Man. The glasses arent painted correctly so it looks like the frame is bigger on the right lense than on the left, but oh well.

Is there still a thriving 3rd party market for wrestling figure accessories?
Top

Is there still a thriving 3rd party market for wrestling figure accessories?

Honestly, I think wrestling figure accessories was the first 3rd party market for toys. So yeah, there is.
Top

Is it time for an updated NWA/WCW Wishlist?

And this guy With ZZ Top sound chip. 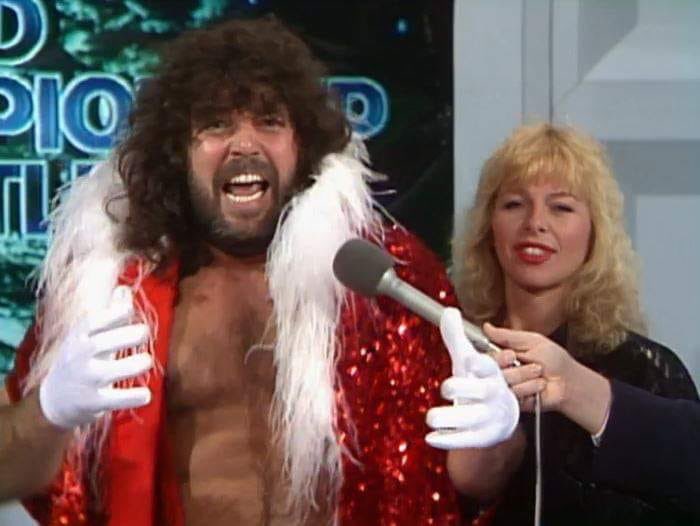