Looking for custom figures? Wanna display and get feedback on your finished custom toys? You found the right place. So show off your sculpts, models, customs, and other goods.
Post Reply
14 posts • Page 1 of 1

Welp. Looks like my custom thread was lost in the blip. Might be for the better! Time to start over, I guess!

I'd been feeling a little unmotivated lately. Just haven't had the drive to work on customs a whole lot lately. Something pretty cool happened though, and it was like a shot in the arm (I'll post about this event at a later time in an appropriate forum). Here's the result of some much needed motivation!

Daredevil was made on the Klaw body, with black costume Daredevil forearms, both sets of hands, boots, belt, and holster. I made a few sets of billy clubs with plastruct rods. One set has a bendy wire connecting the two. I made a third set (not pictured), with an insanely long wire between the two for wrapping around the figure for dynamic poses! The logo on the chest is a water slide decal and was among my first attempts at using one.

The head was a cast and paint job by @supertomcustoms. I had to dry brush a little of my red on to better match the base body, but i was insanely impressed by his paint job, especially on the flesh part! 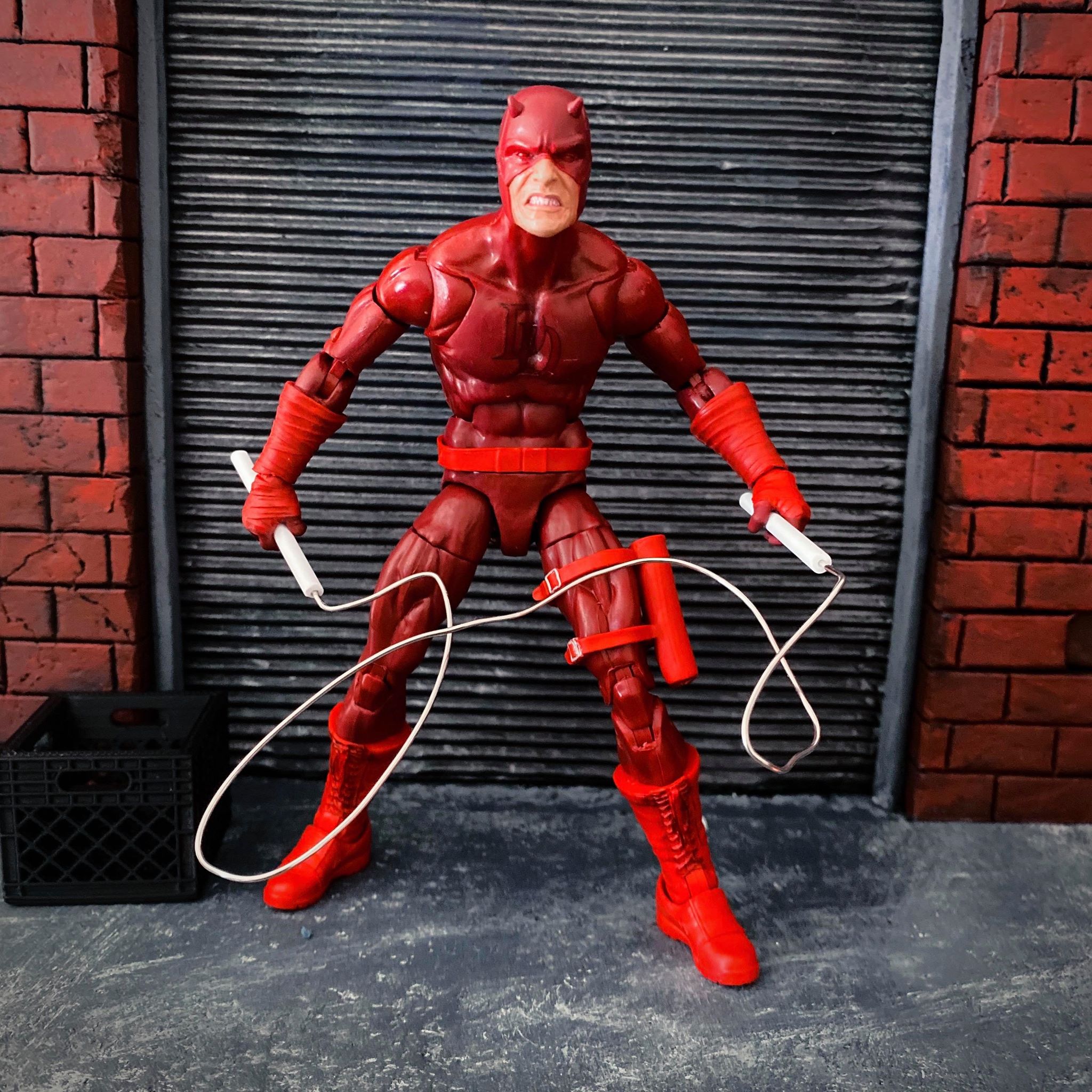 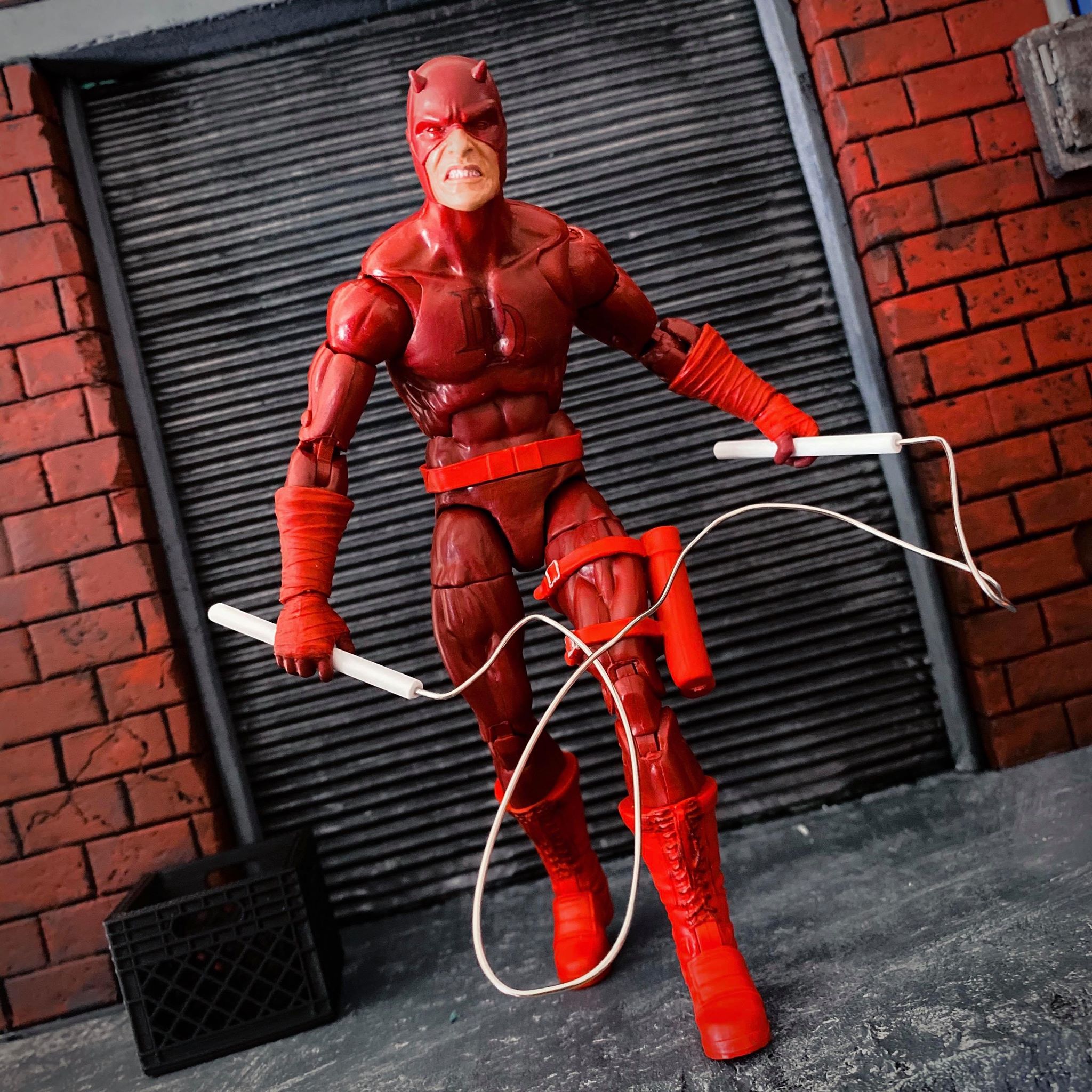 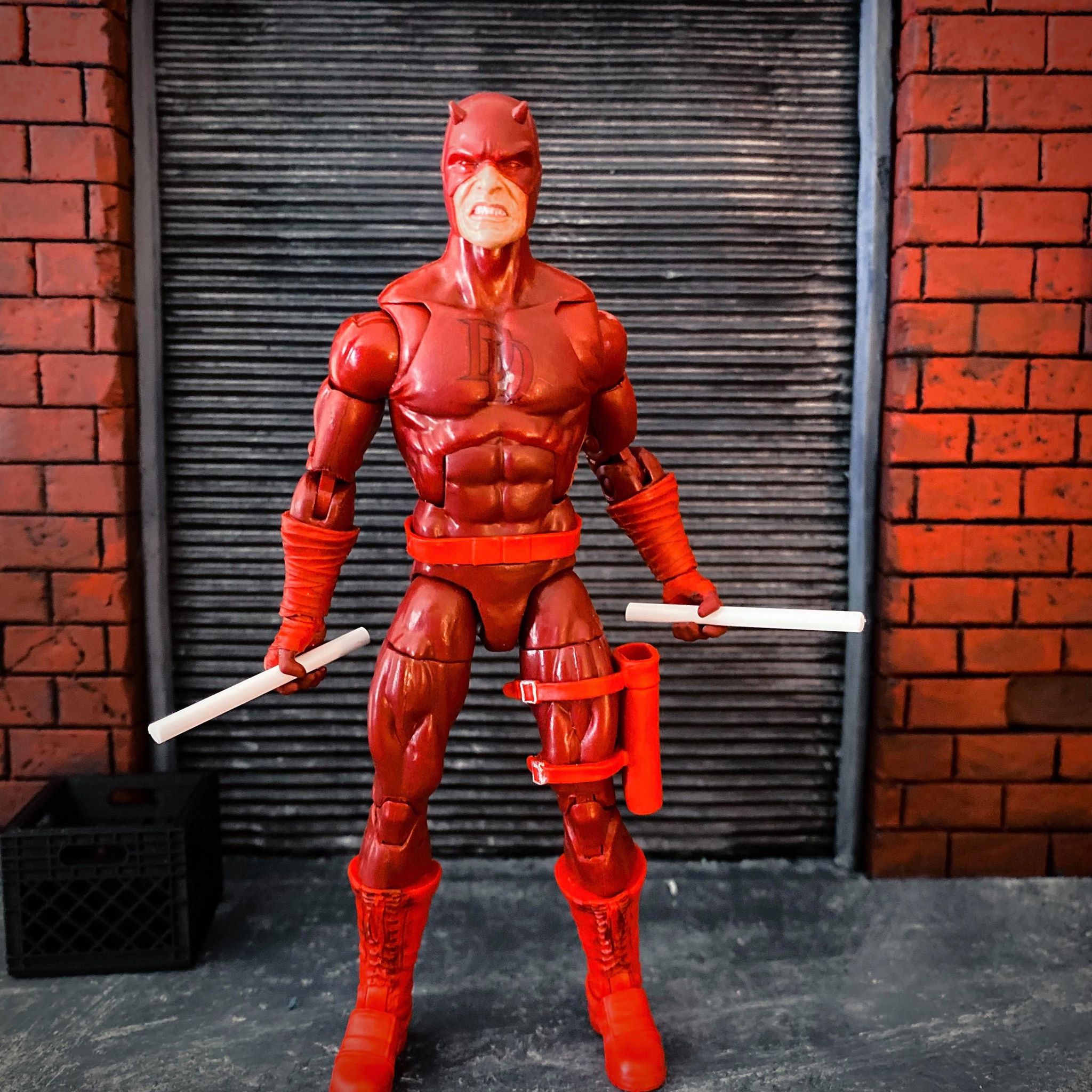 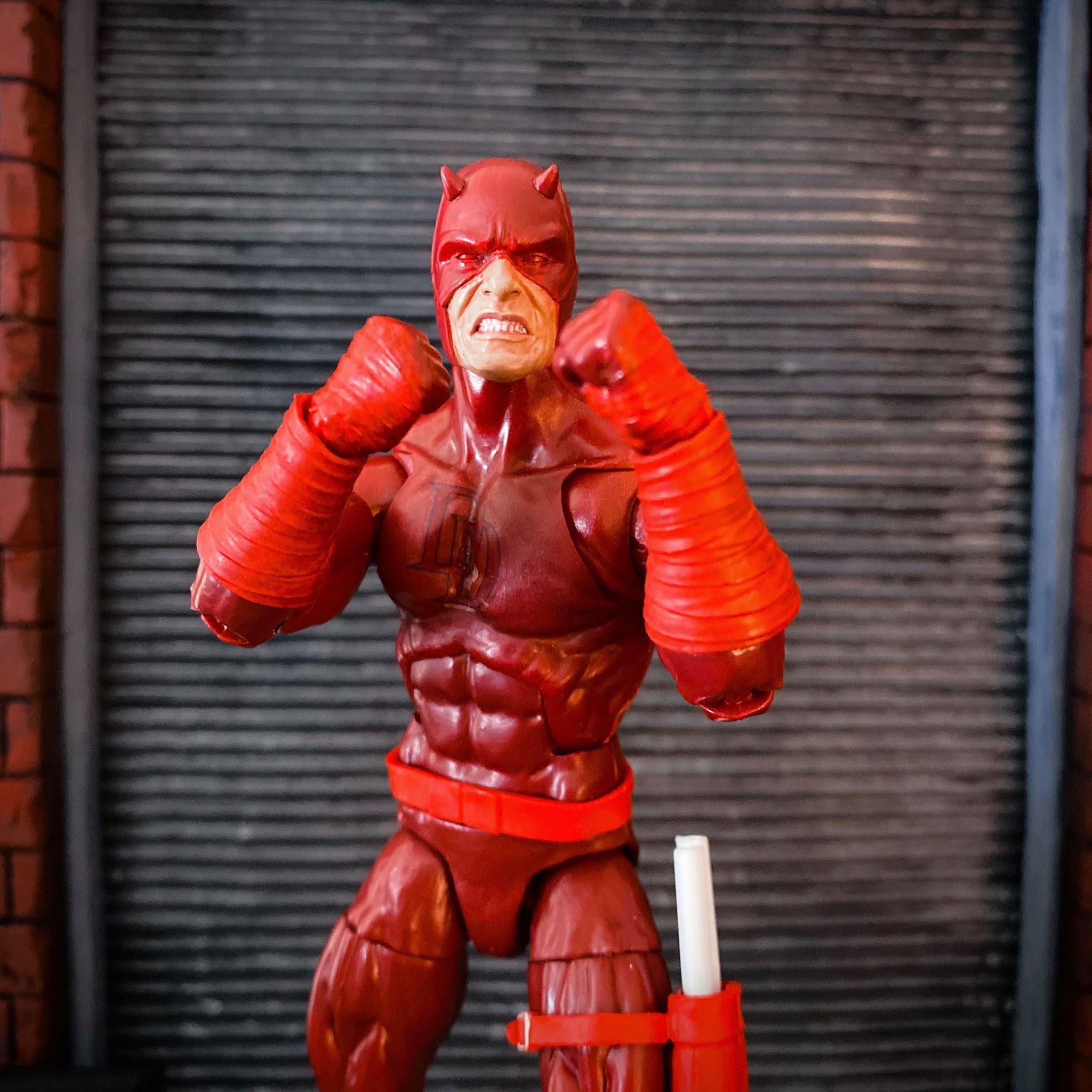 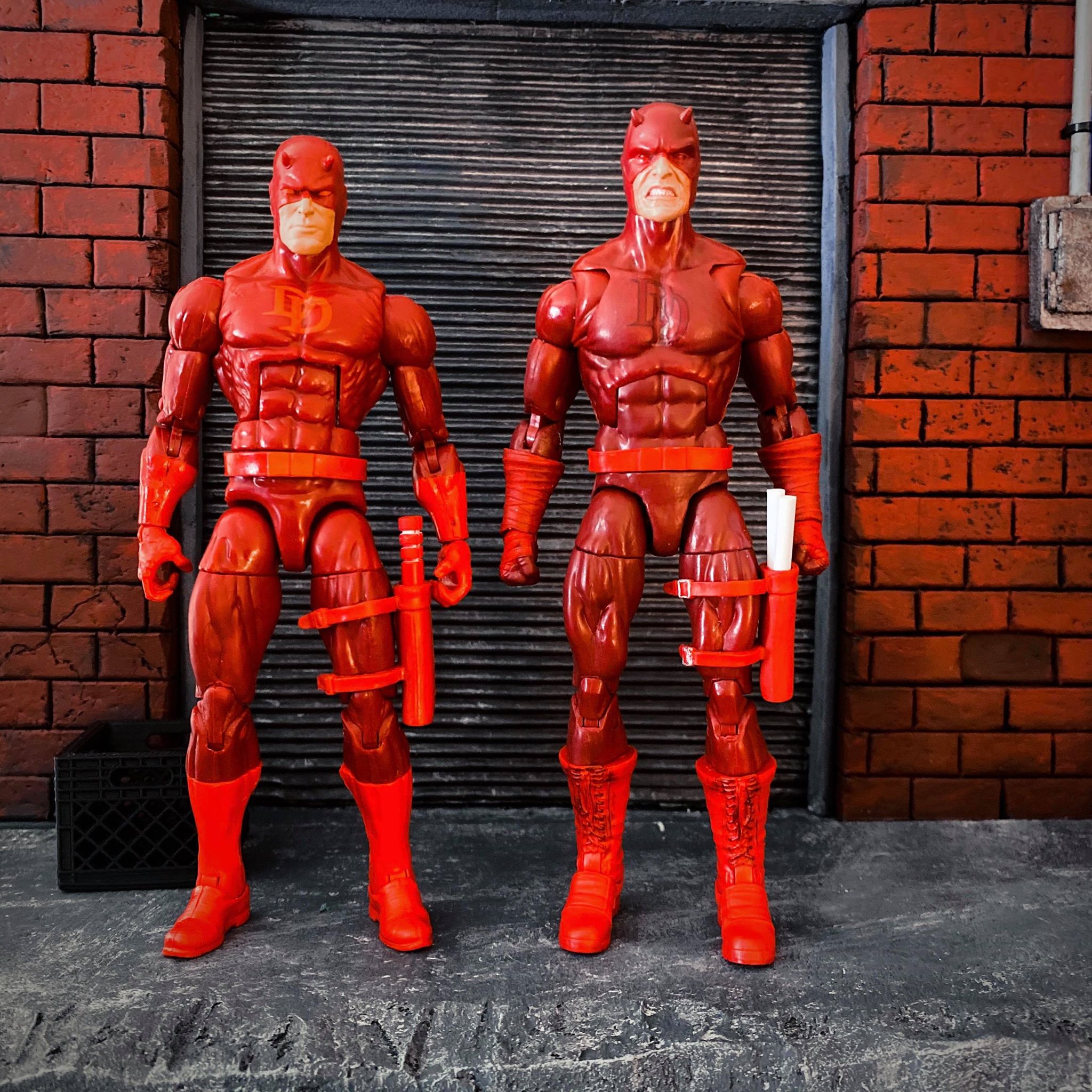 right on! im very fond of the "boxer" style DD as its a very neat connection to his pops. digging that shade of red. looking forward to some extreme poses on the action thread soon
Top

lefthook wrote: ↑
Sun Jul 26, 2020 6:13 am
right on! im very fond of the "boxer" style DD as its a very neat connection to his pops. digging that shade of red. looking forward to some extreme poses on the action thread soon

I do love that boxer style, too. I also thought that if Hasbro makes a butterfly jointed Daredevil, it would be a classic one. This way, my custom figure is protected a little if Hasbro does do that.

I'm really looking forward to doing some action shots with him, as well!
Top

Well, over on the ol Instagram I got a commission for a loading dock. He asked for something similar to my first one, but different. I changed the layout a little, but kept the same basic formula. There are two alternate garage door pieces, one for a broken through look, one for half open look. It's larger in every direction as well. 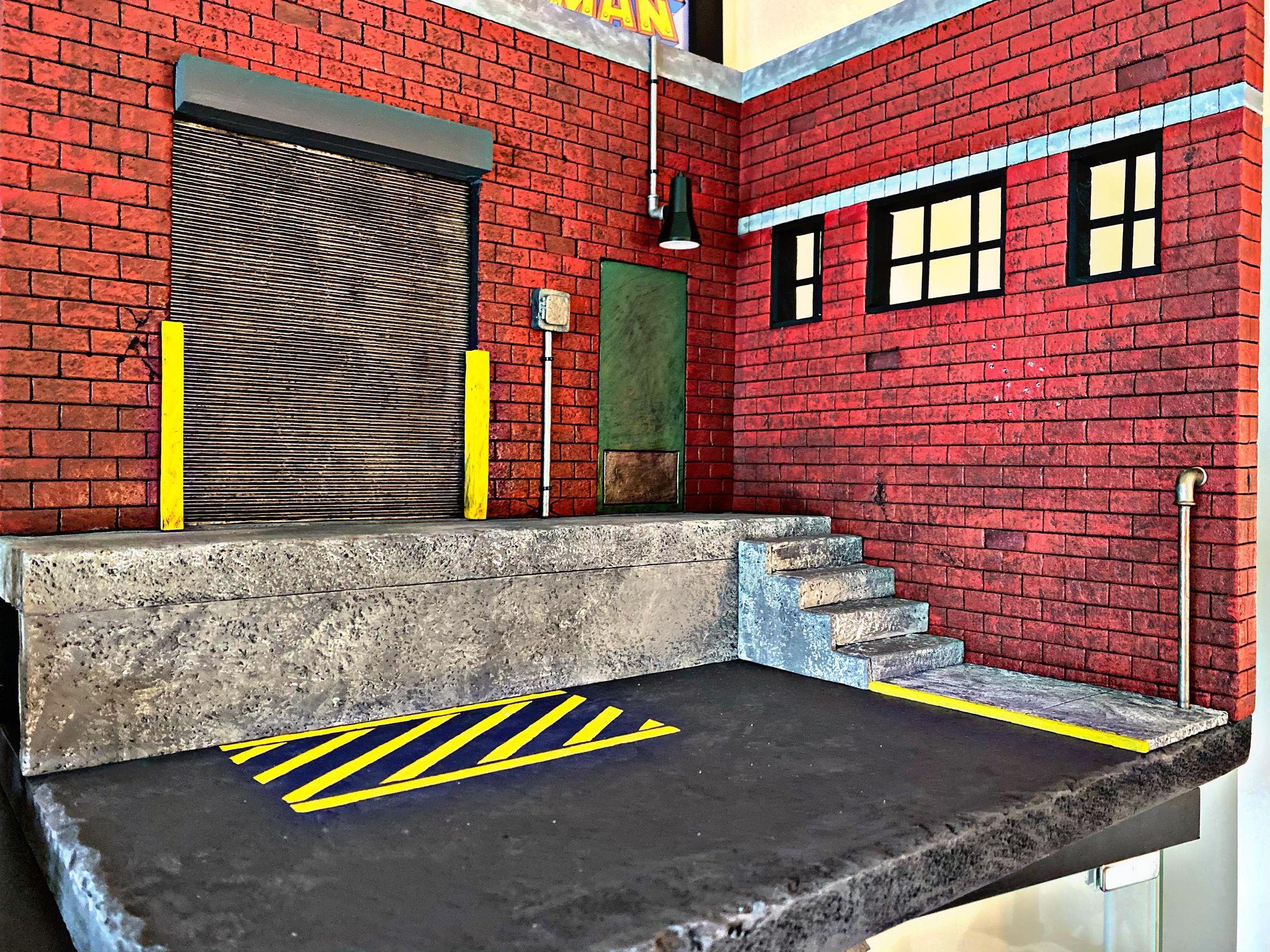 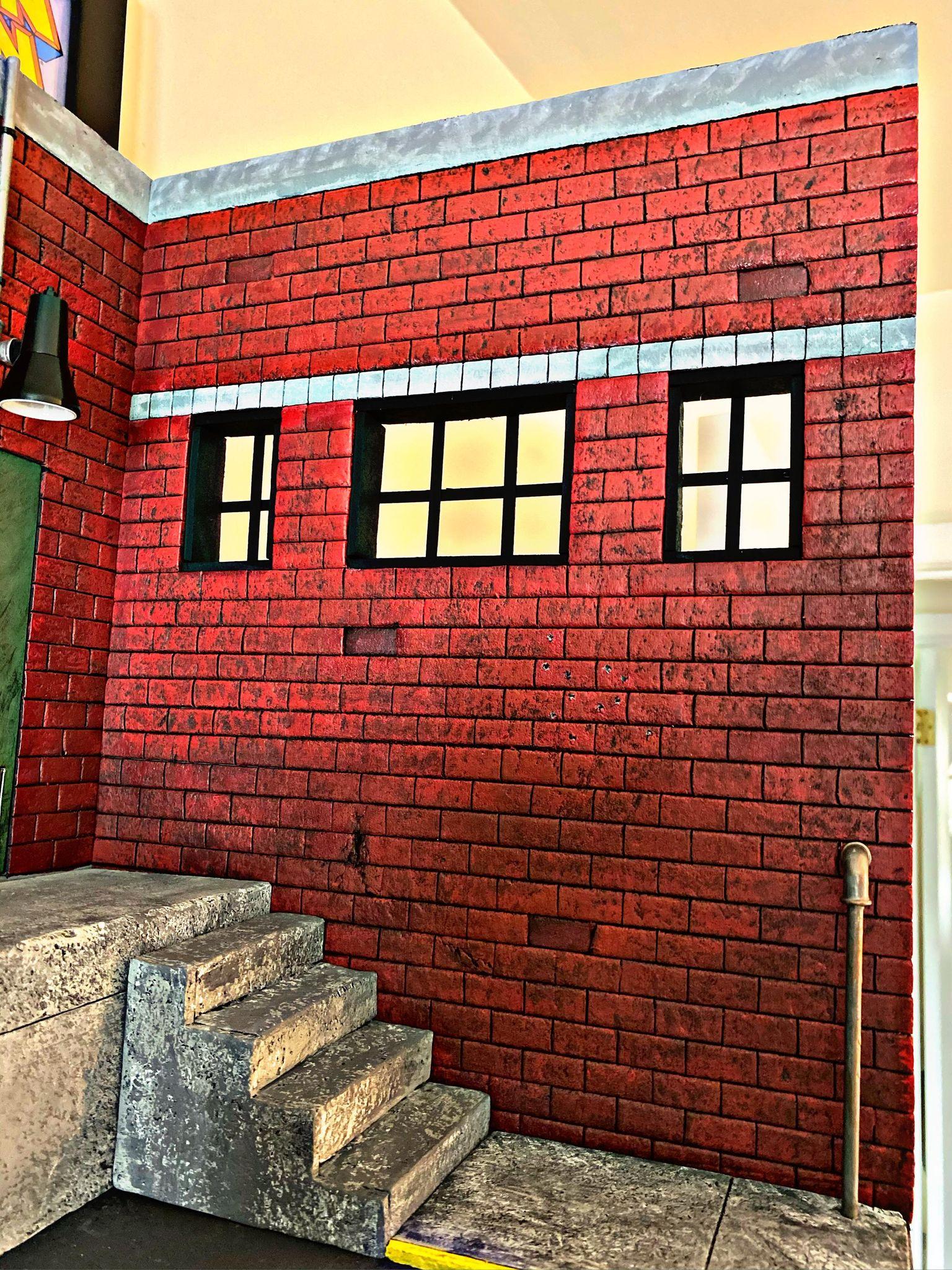 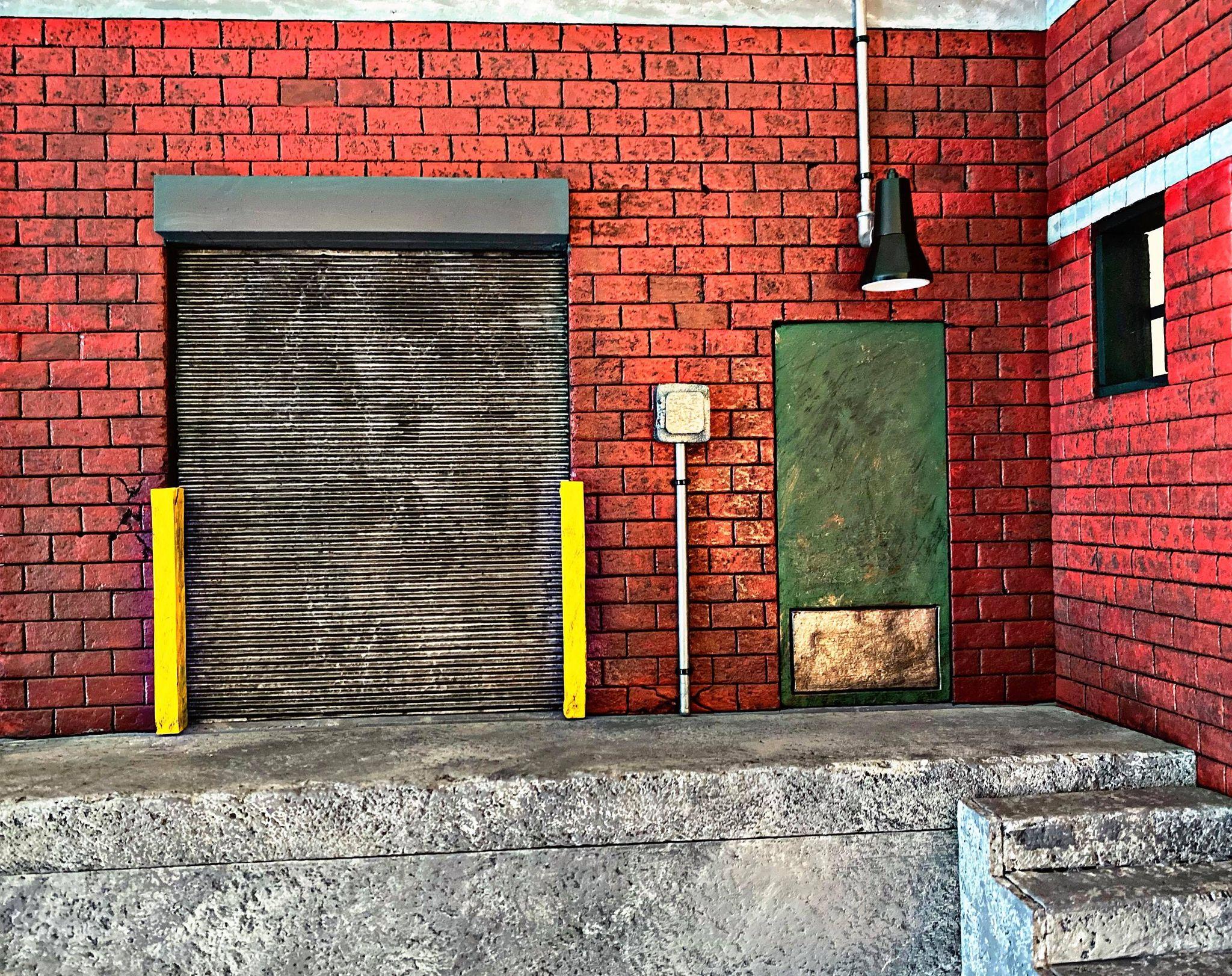 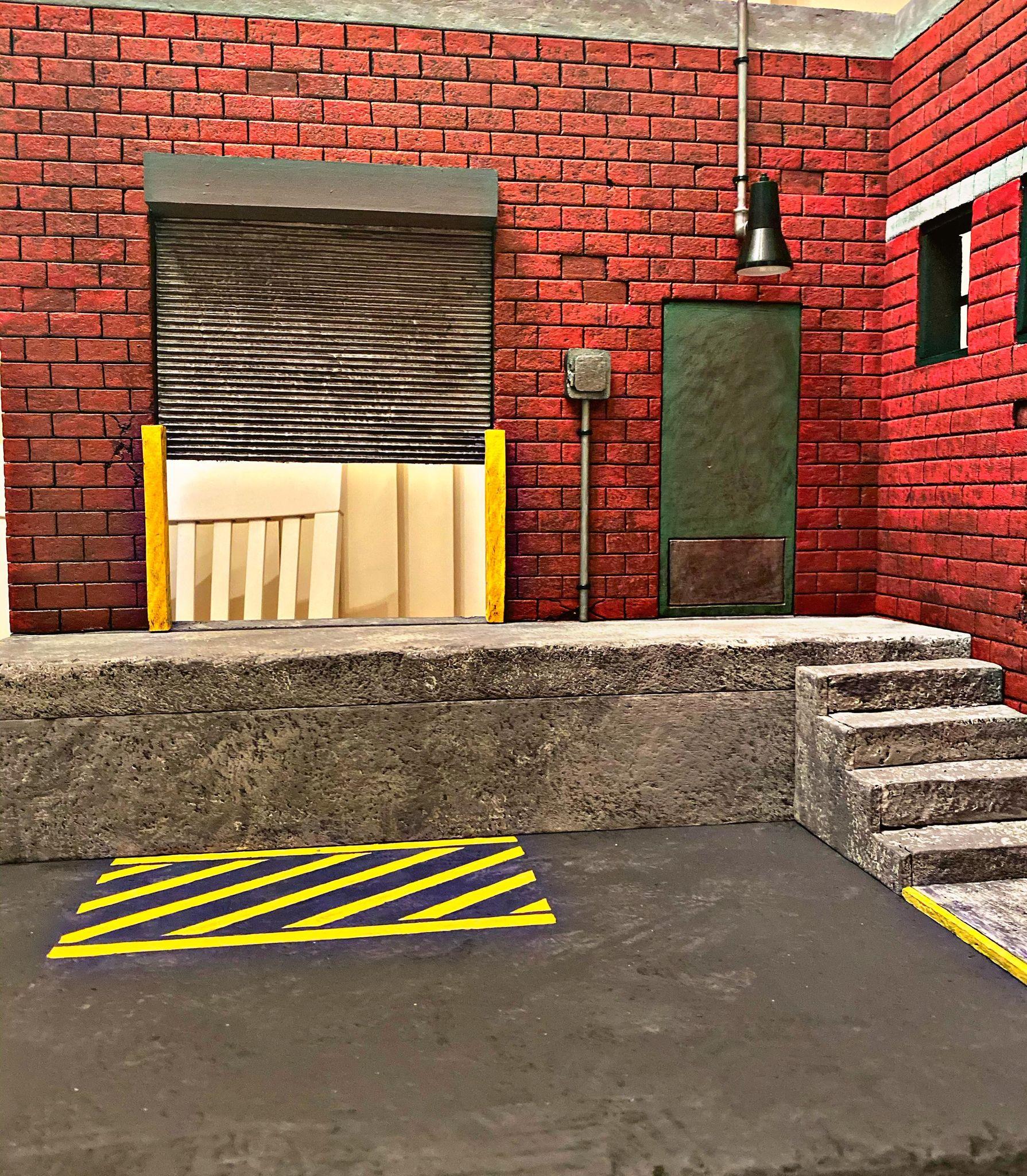 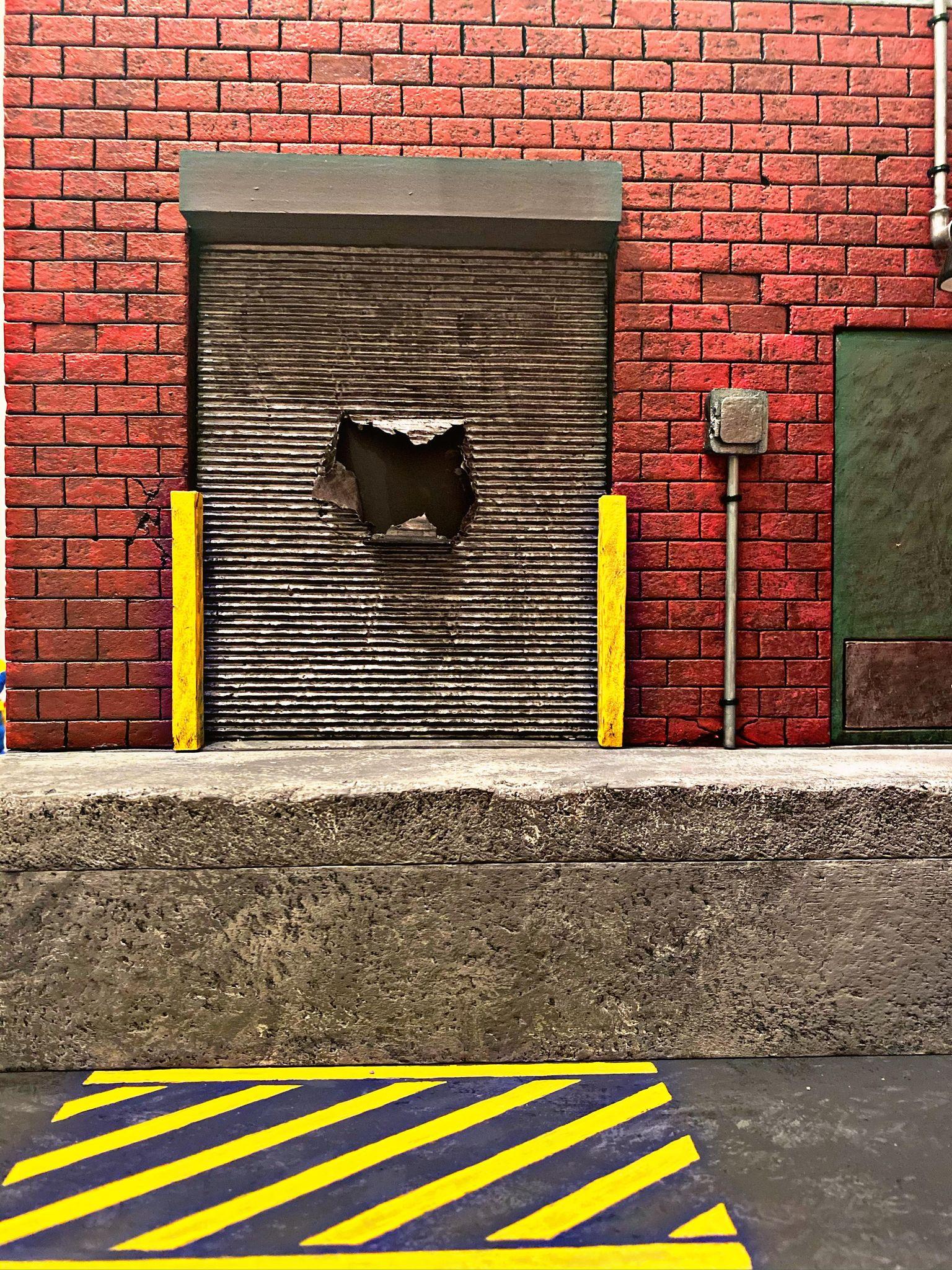 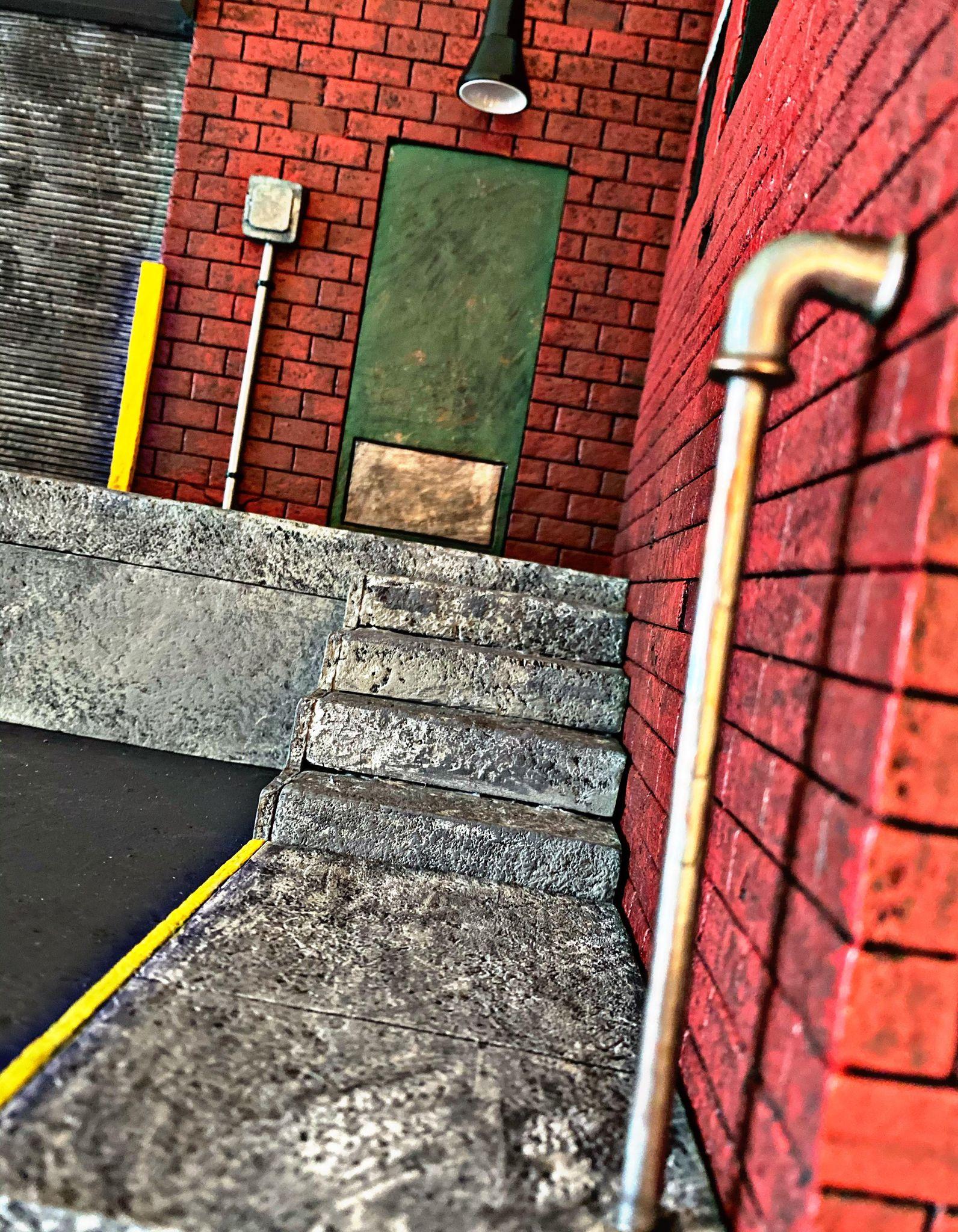 Thank you!! I should have Loading Dock v3 posted by the end of this week now, too.
Top

Super jealous of your Dare Devil.
That is the figure Hasbro needs to make.

Don't forget the SDCC exclusives this week while working on Dock v3.
Top

Don't forget the SDCC exclusives this week while working on Dock v3.

Thank you! Daredevil is such an easy custom to make, you should totally do one!!

Appreciate that reminder, too! Luckily Dock v3 is just about done. Just needs some print out signage to go on, so I can wait til after the mayhem tomorrow and thursday to finish up!
Top


If you think I forgot to take final photos of Loading Dock 3, you'd be right! I was so anxious about having to ship this one that I spent an evening box it up and securing it only to realize I didn't take better pictures. The only thing missing from these images are a few signs I put up though. This was a commission for Seth over at the MCE youtube channel (https://www.youtube.com/channel/UCCQFsx ... C0jwkZLxcg). 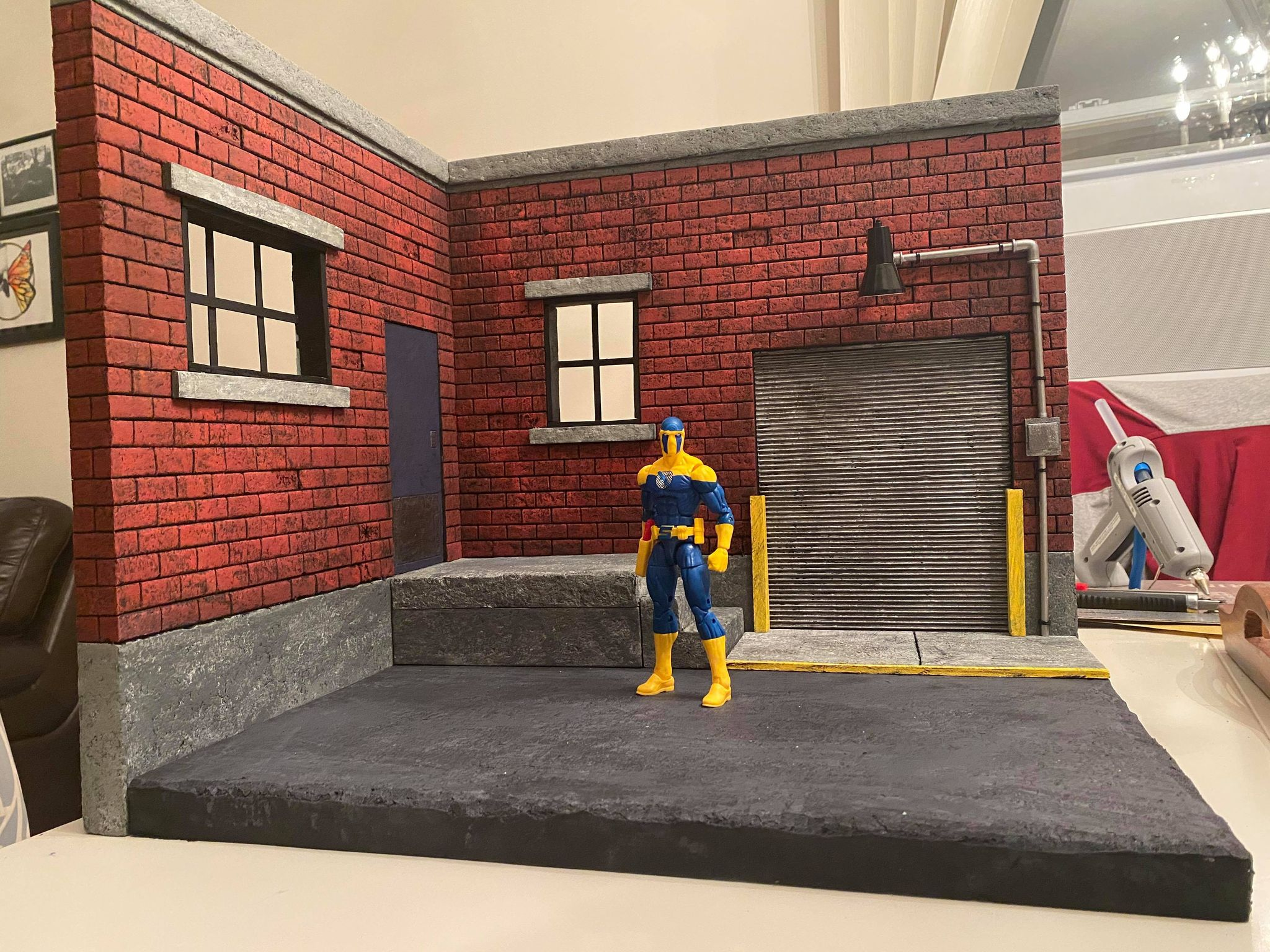 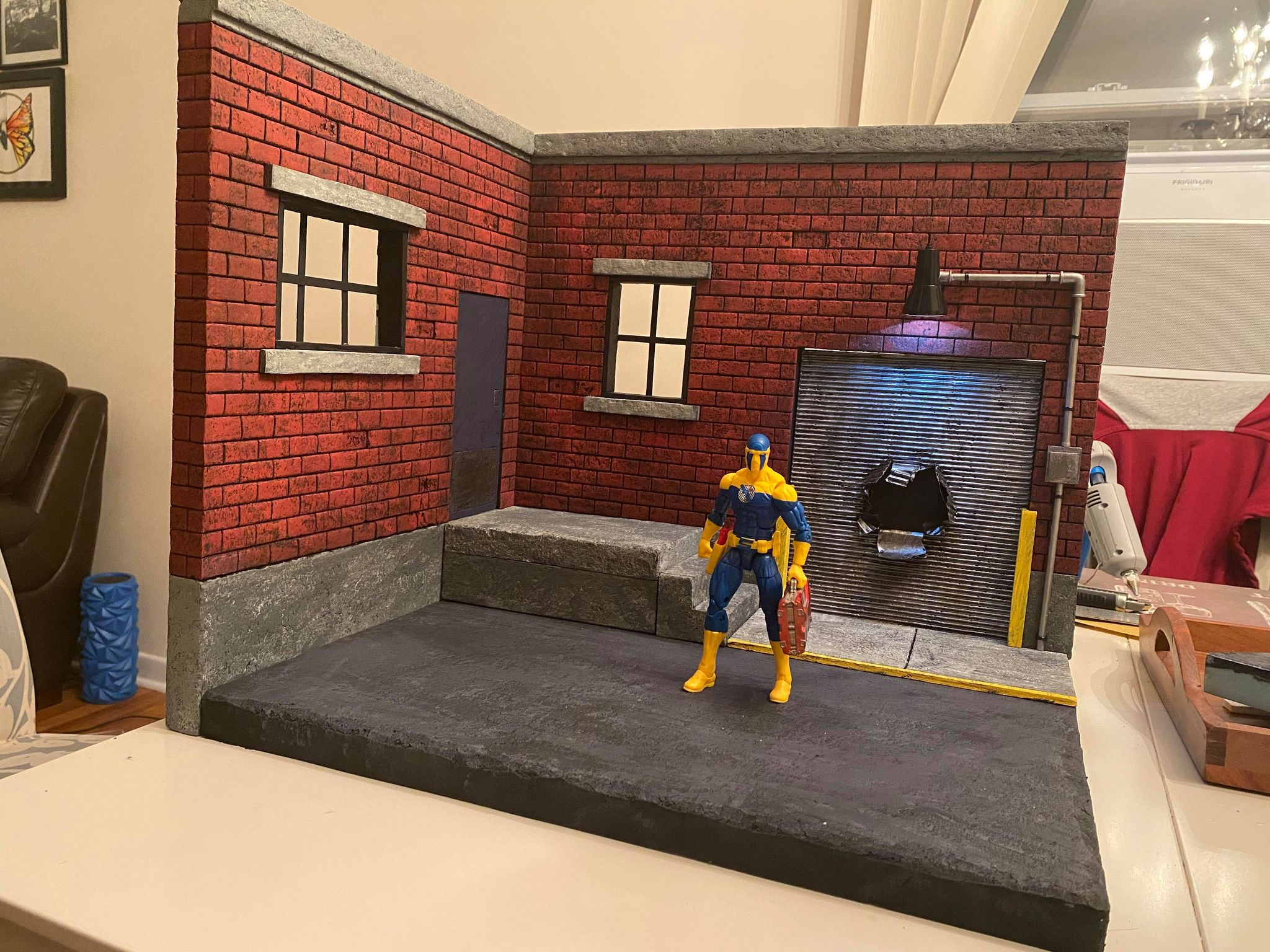 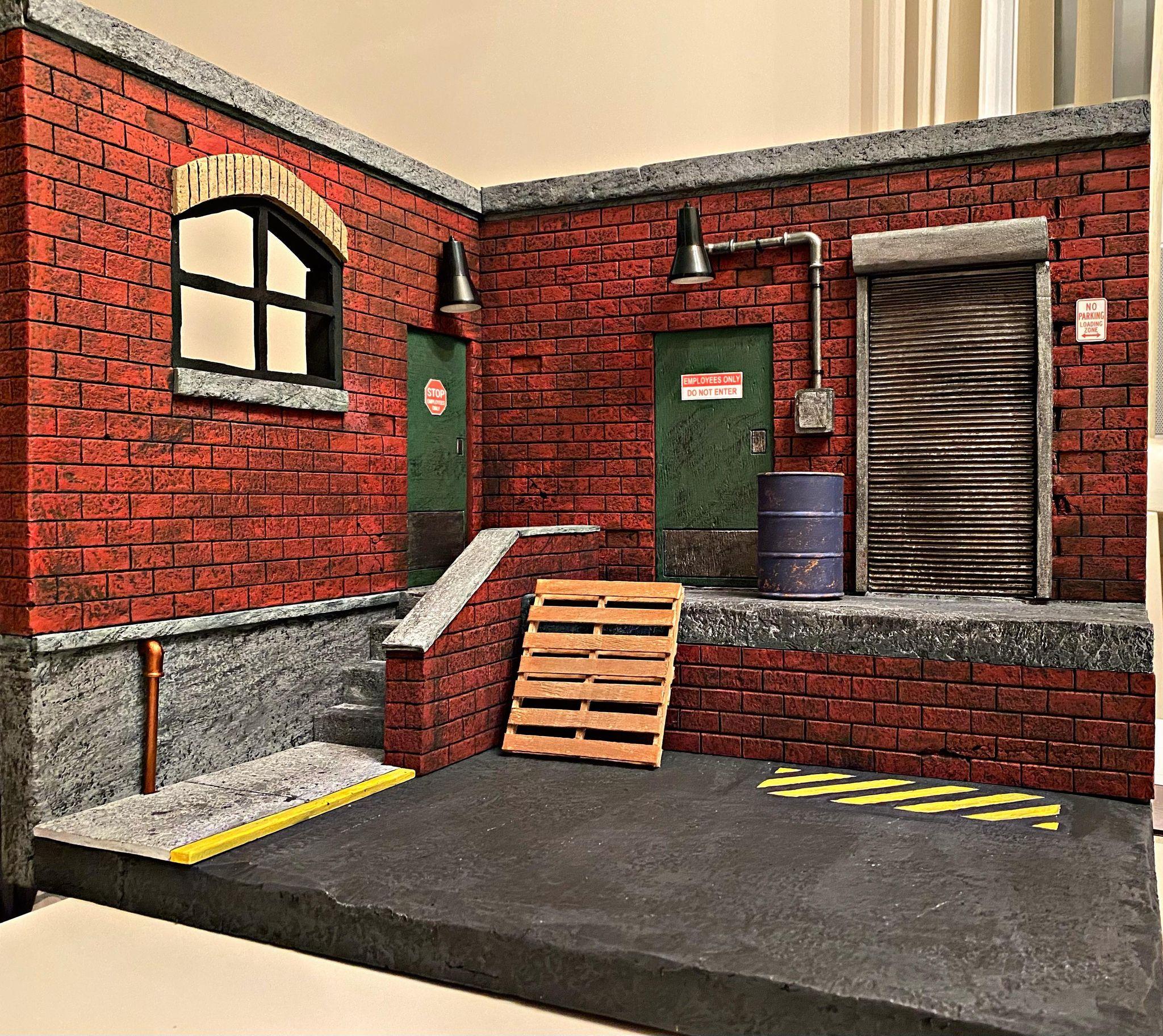 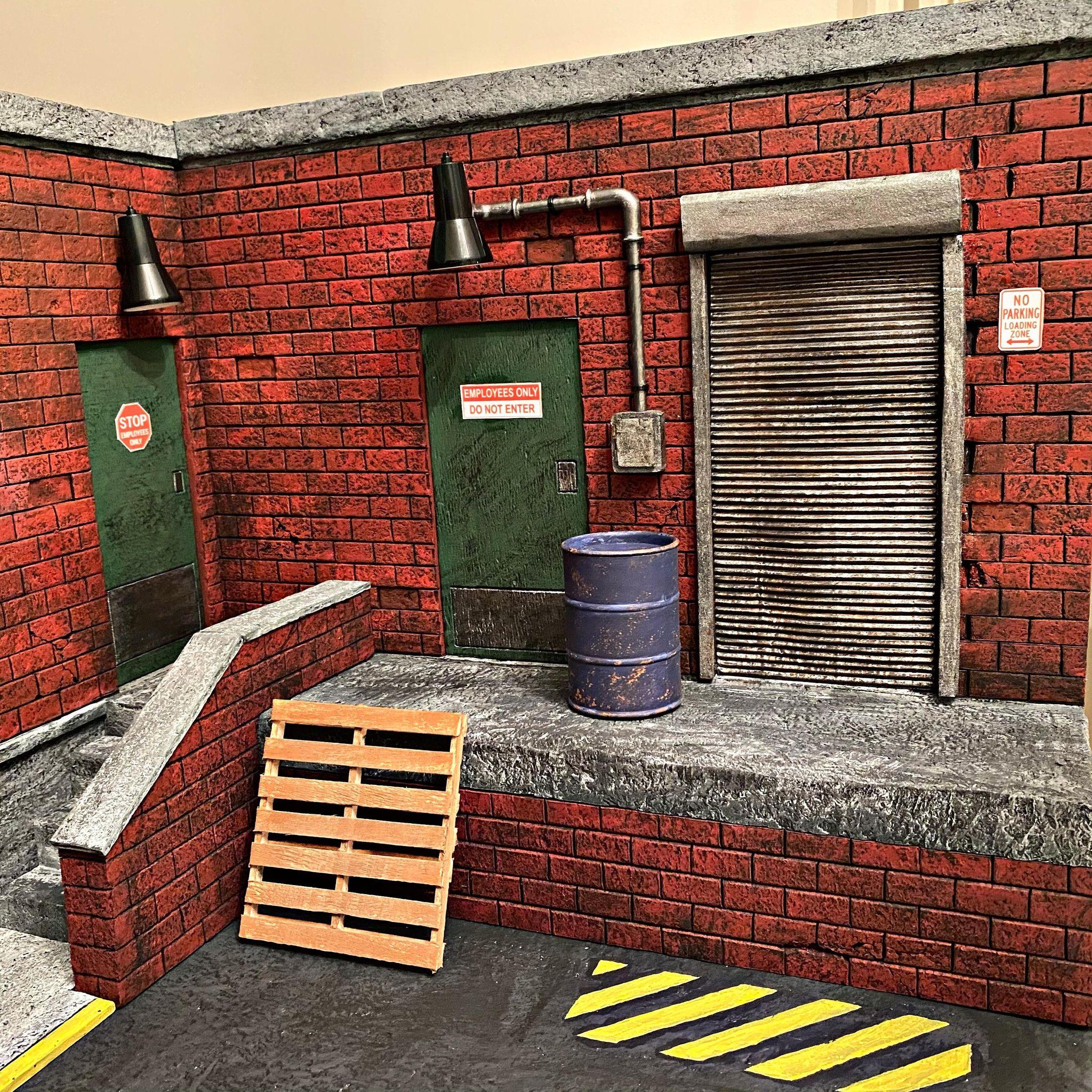 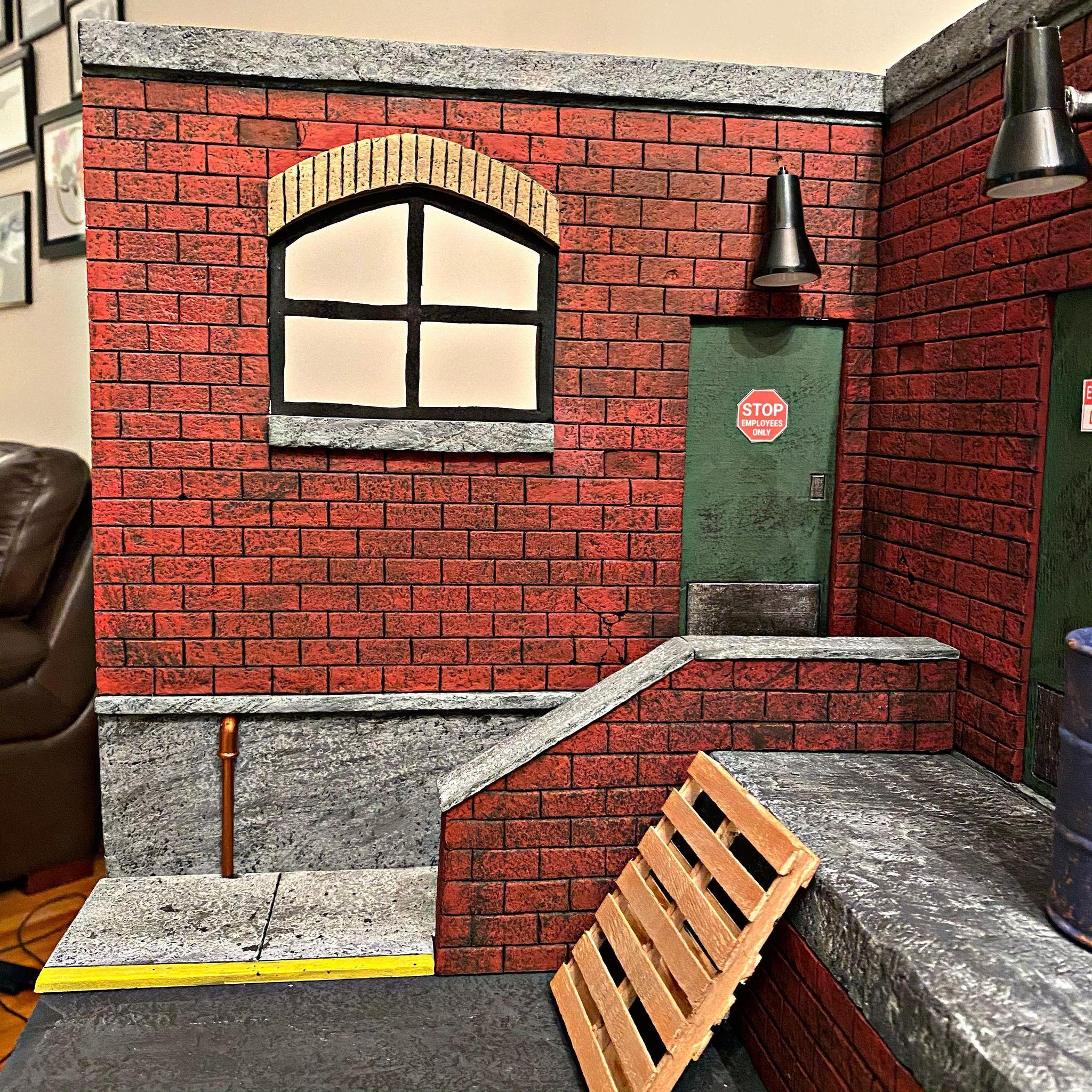 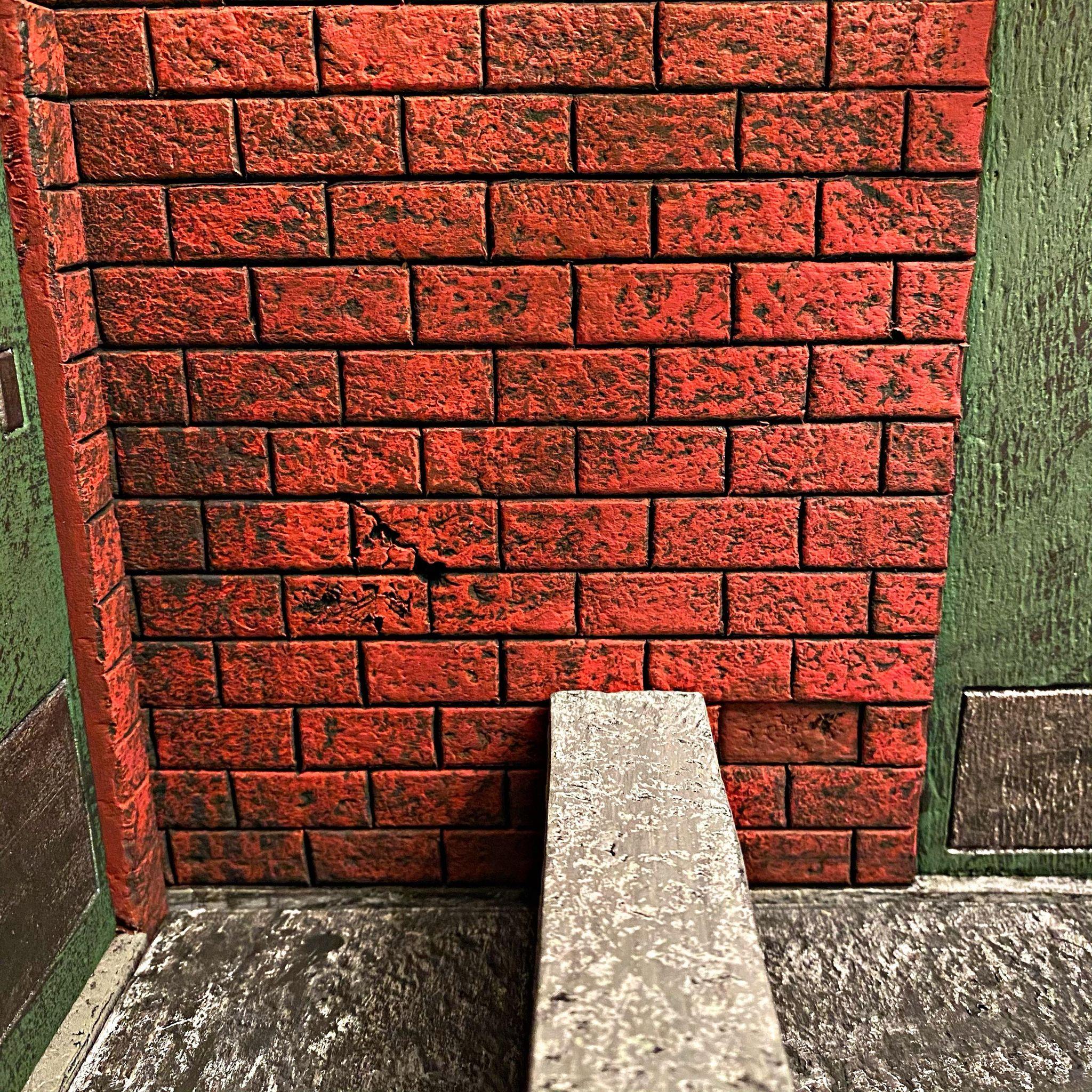 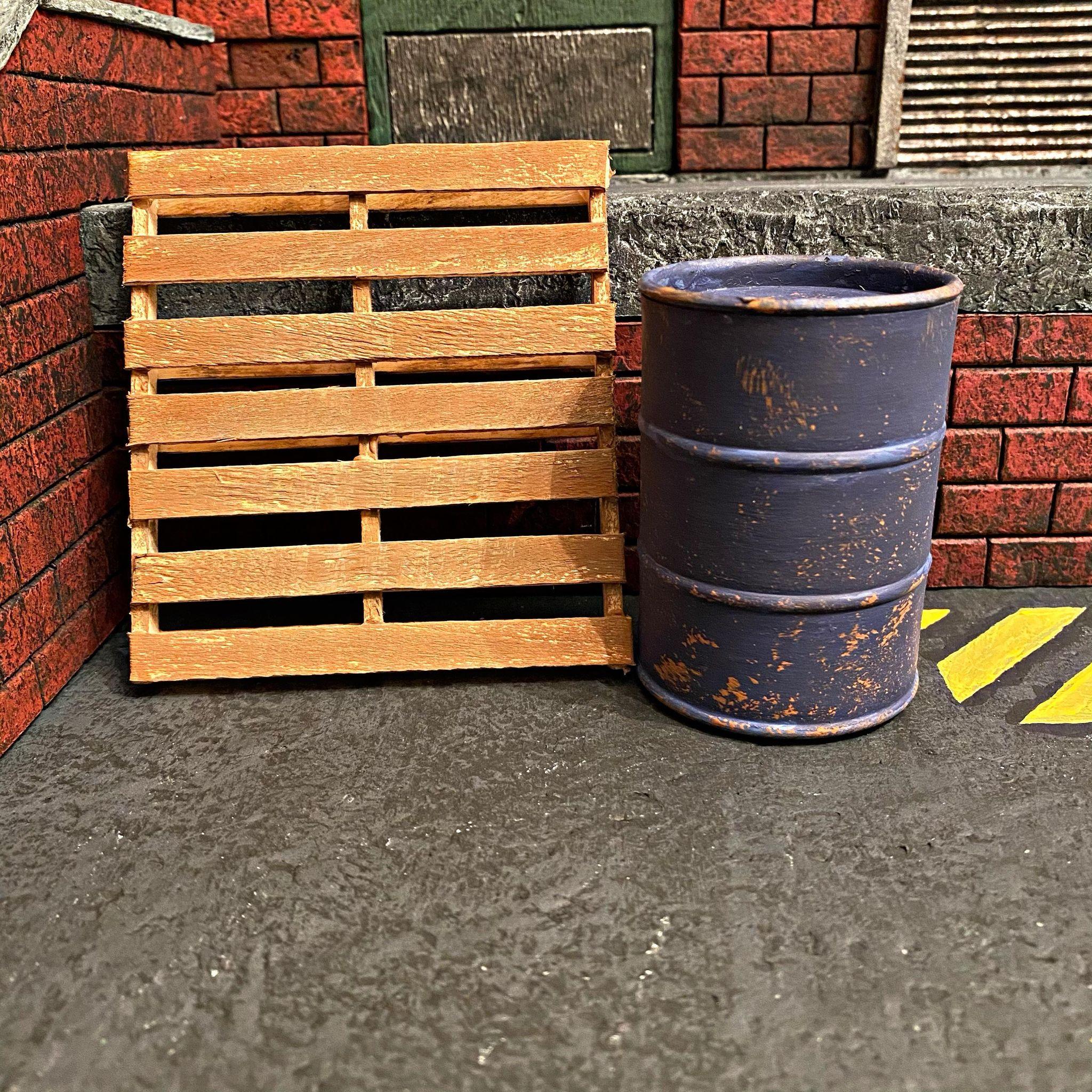 Ands thanks for reminding me I need to update this thread a little!
Top

A few weeks back my buddy on fellow Fwoosher Matchu was doing a raffle on charity to benefit Charity. I won the previous one and knew I wanted to contribute to this one. So I threw together a little brick exterior building. This dio was also en excuse for me to work on my brick scale! I wish I remembered to take a final photo of the other side panel. I let the winner decide how the Door would get finished. Here's what I do have of it though: 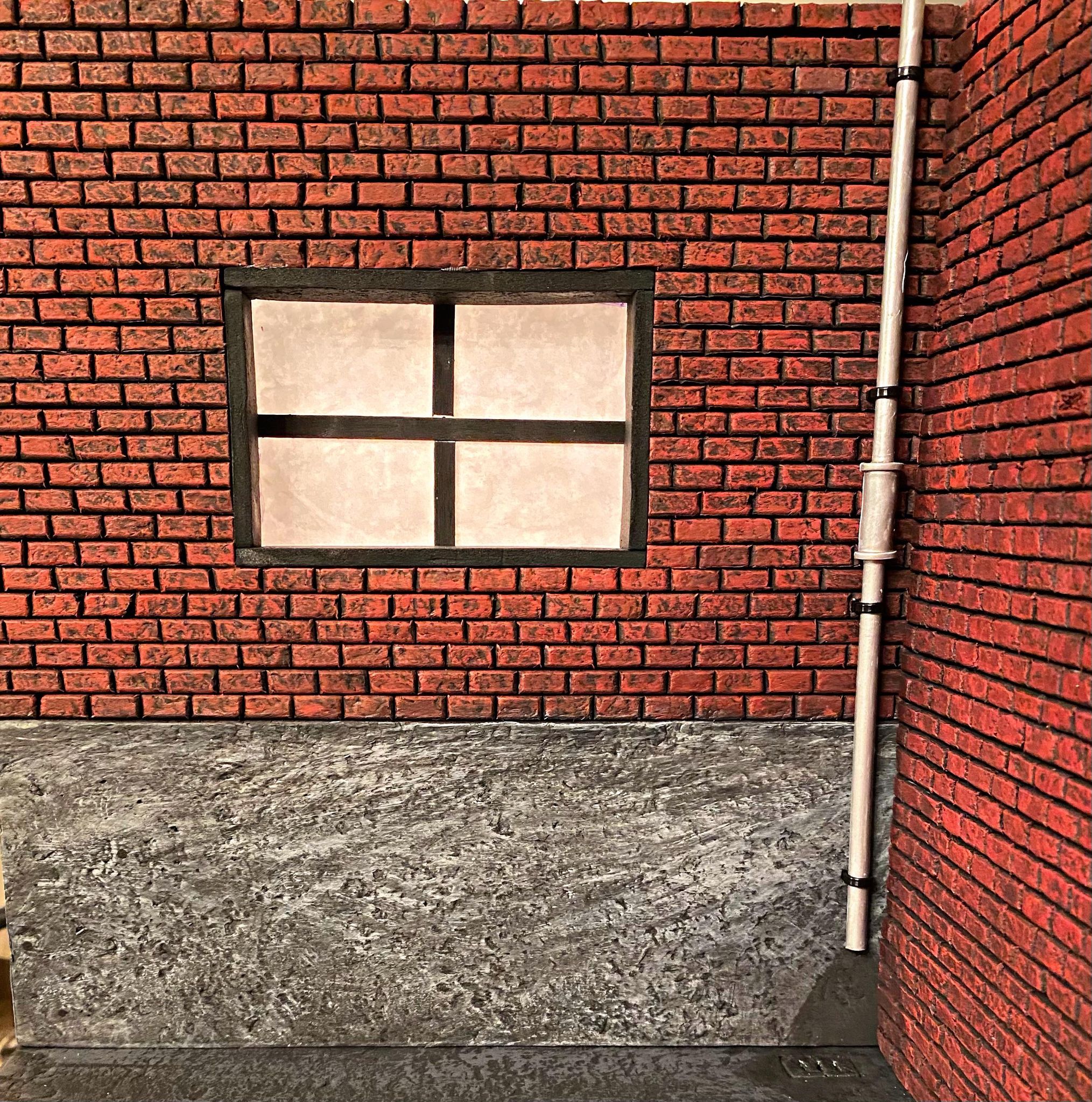 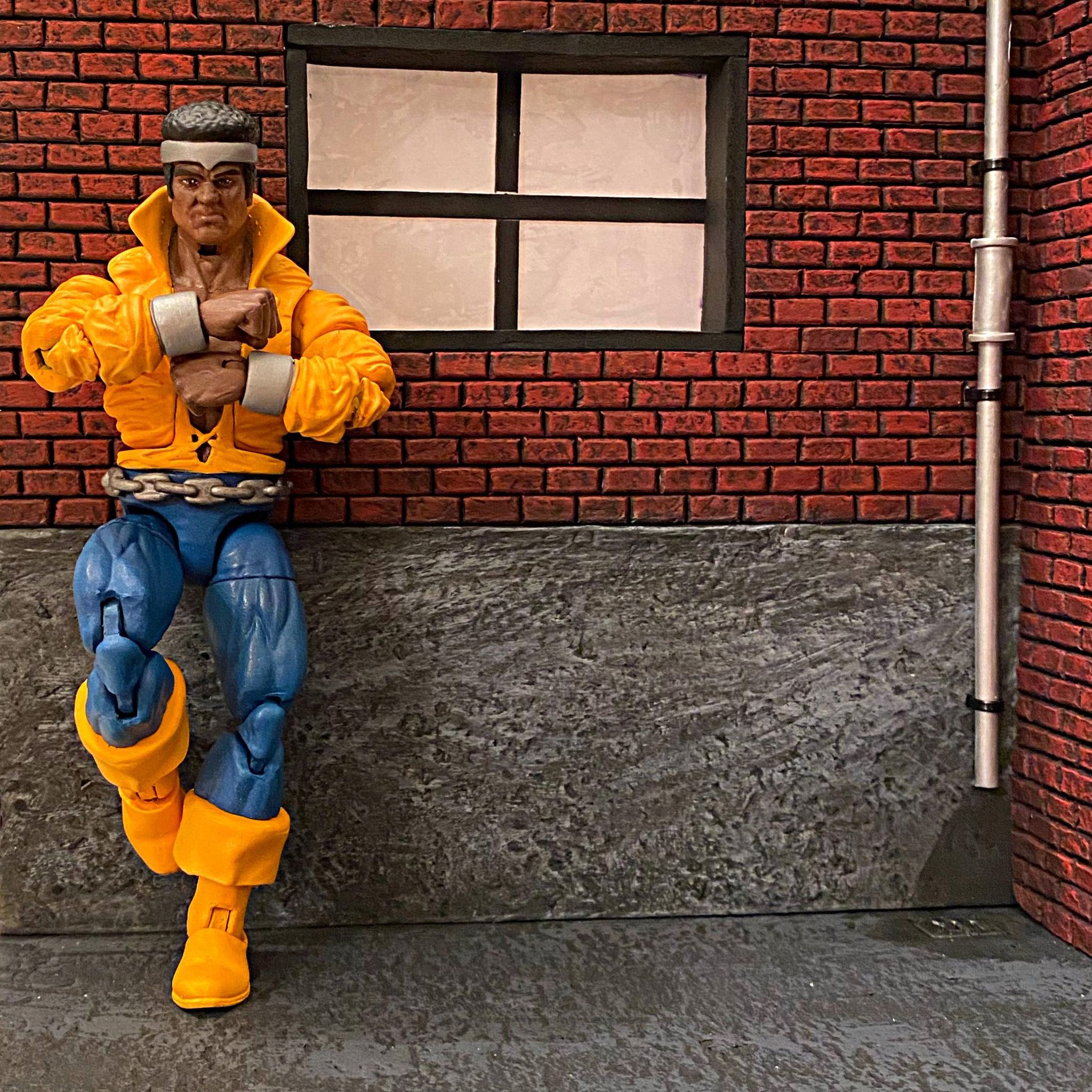 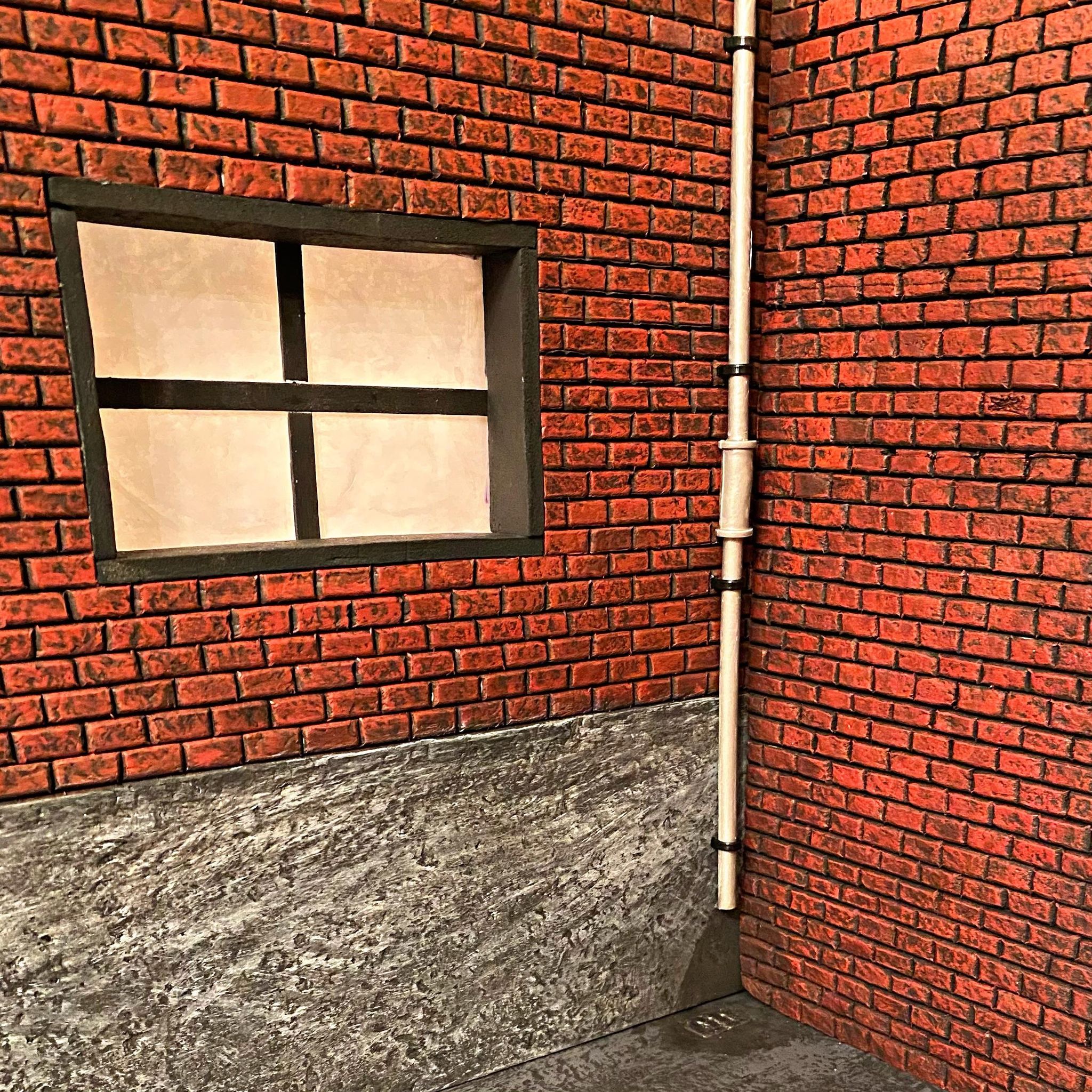 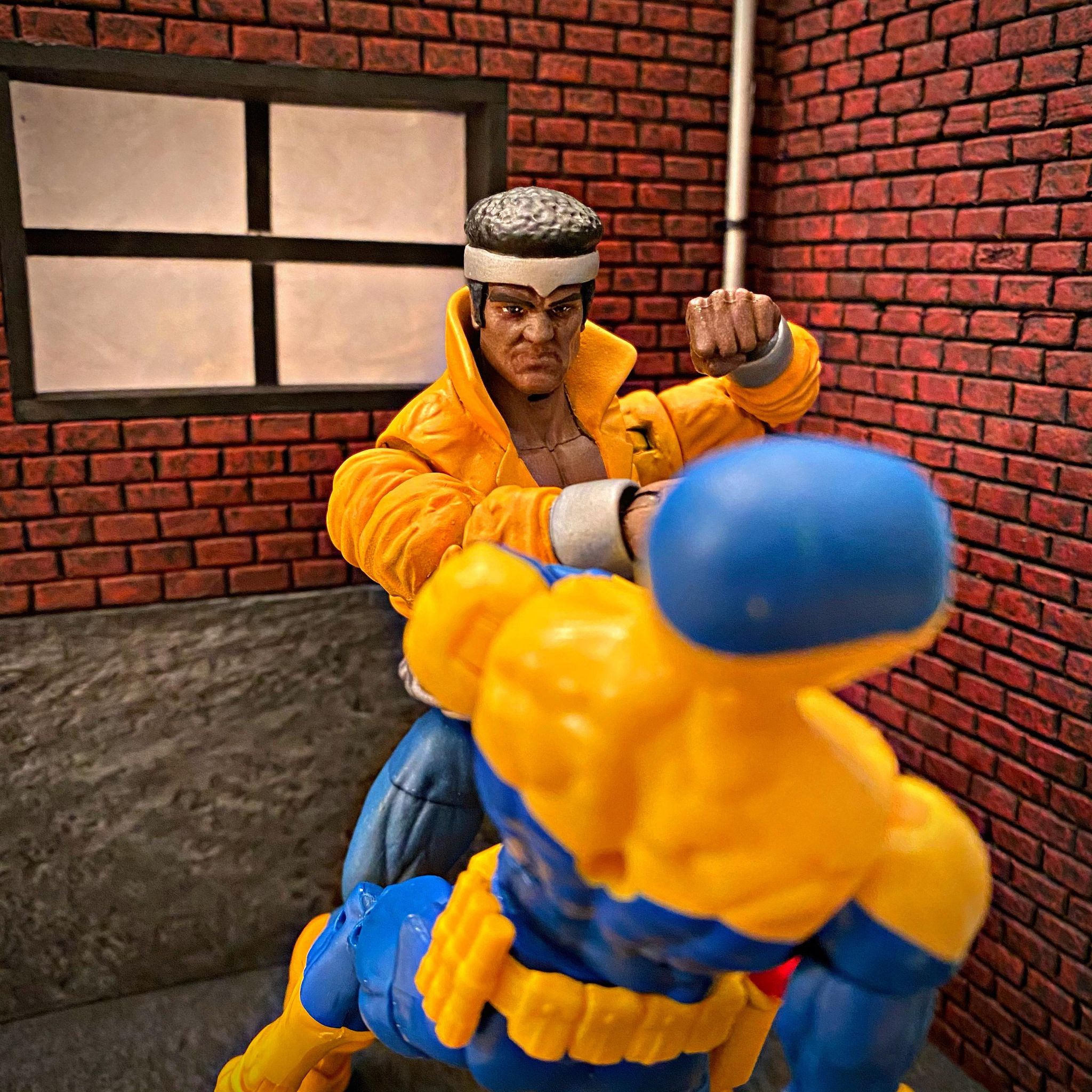 My current diorama project has been a bit of a challenge. Working on it, scrapping pieces, and starting them over has been tough. I needed a small break from it so i could work on something and actually finish.

I was messaged by someone on instagram saying that he saved his Christmas money to get a small diorama for his 7” wrestling figures. I couldn't say no. He wanted something that could be a managers office with a wood floor. I’ve done a couple of wood textured pieces before, but this one is by far my favorite. I figured this dio could be built pretty quickly, and a few days later, here we are.

It was nice to work on a dio and complete one for the first time in awhile. I started my day job back up, and finding the balance of work and hobby was getting a little difficult. This dio served as a bit of a reset button for me and I’m feeling invigorated. Back to work on the other stuff now! 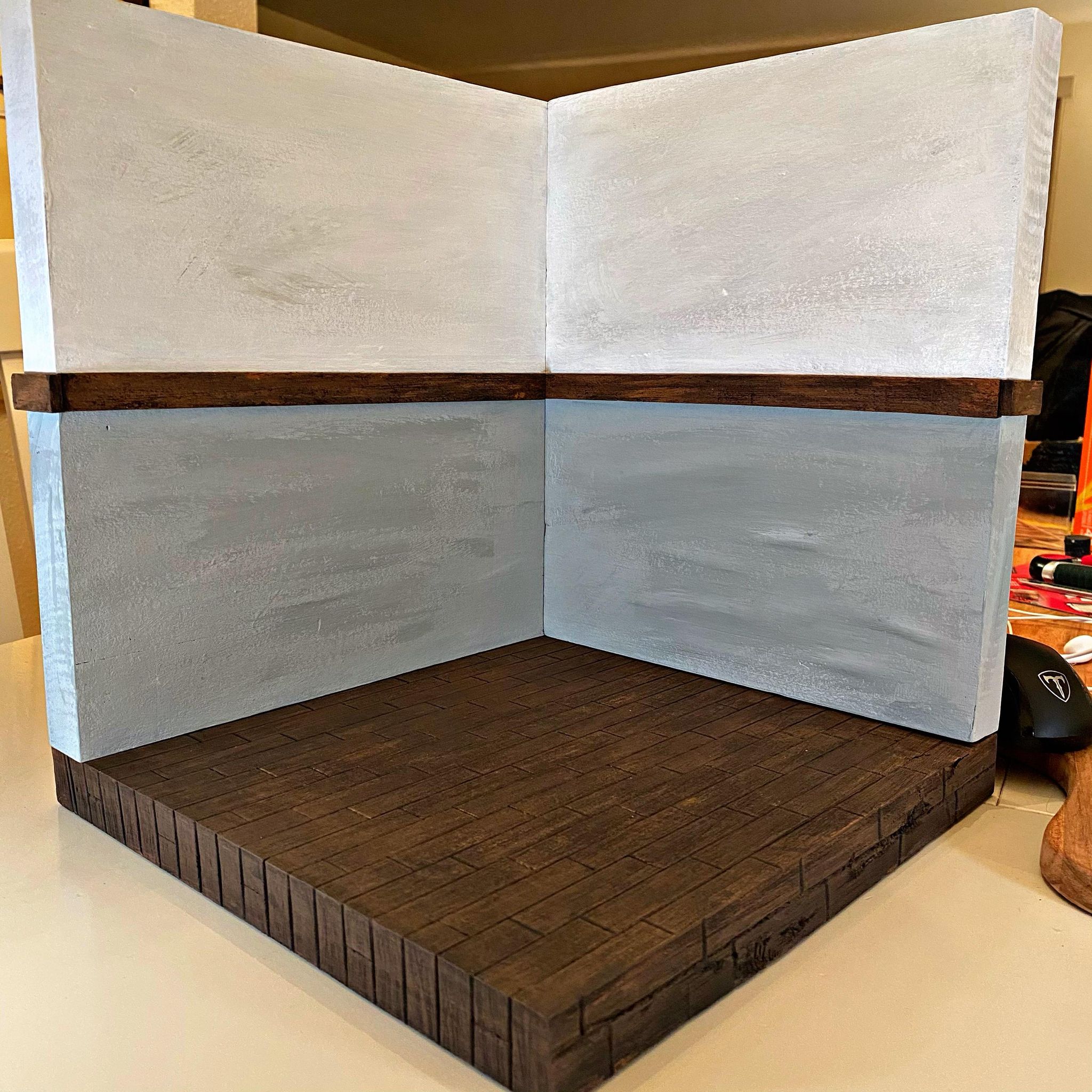 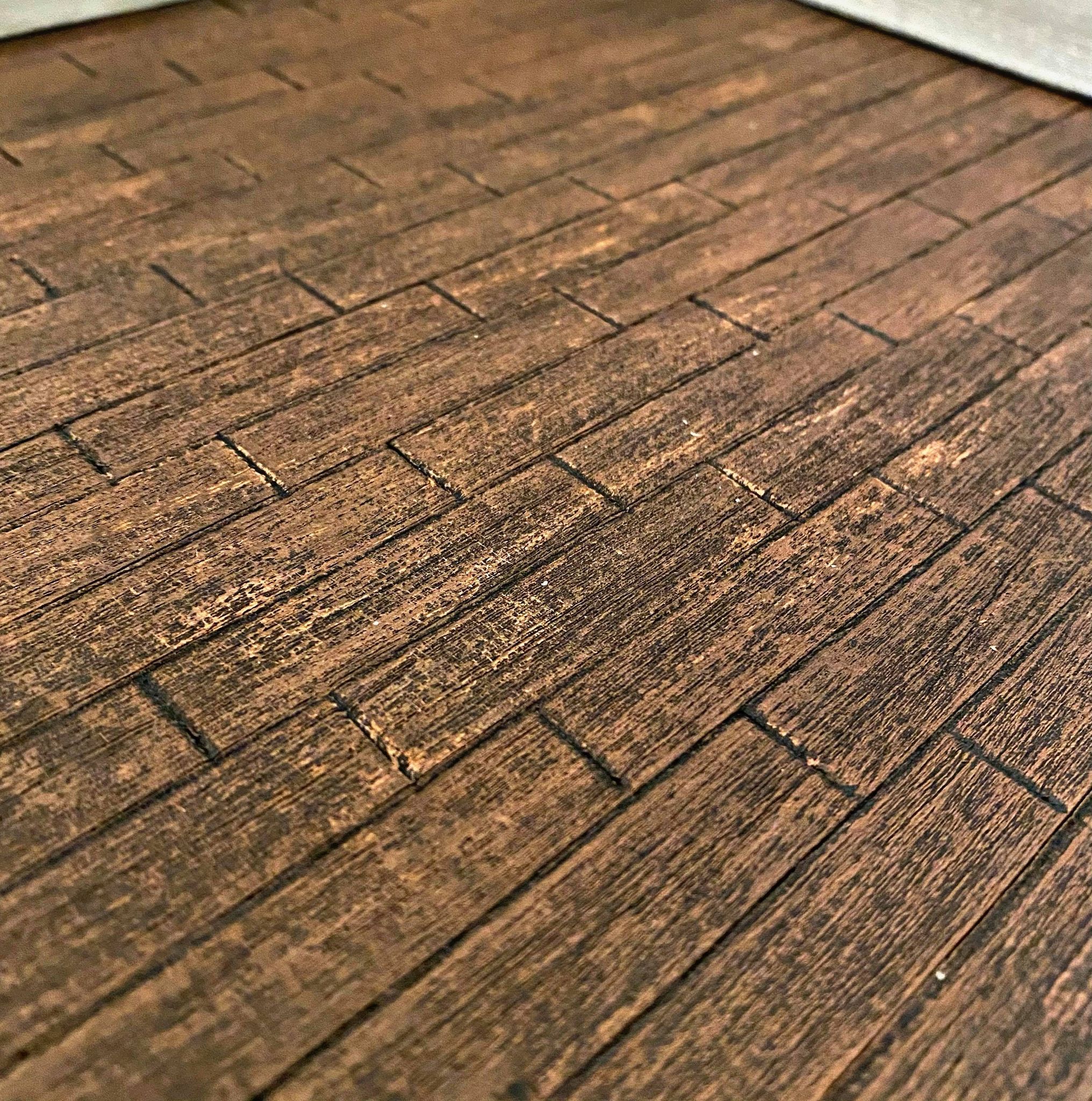 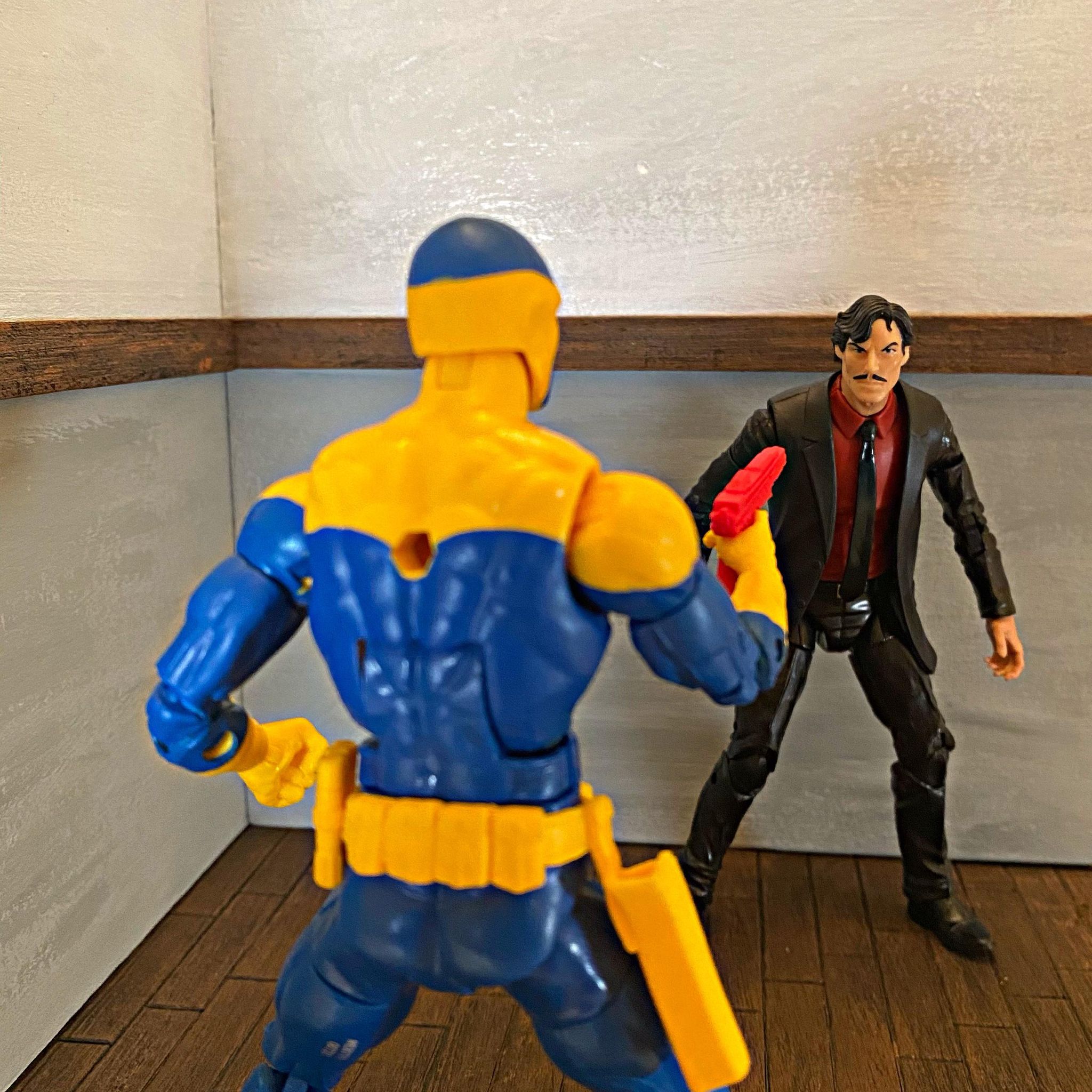