I don’t know about anyone else, but I love love love the idea that when the Masters of the Universe design team were sitting around trying to come up with new characters, somebody decided that one of them needed to have a gigantic metal fist, and then that idea expanded into “no no…we need two guys with GIGANTICMETALCLOBBERLIMBS.”

I know in today’s oh so clever world of ironic douchebaggery and upturnednosery that statement might sound insincere, but I am being as serious as I can possibly be. Because when I was a kid—and hell, even now, today at the ripe age of mindyourownbidness—I genuinely loved Fisto. I love him and I love his oversized fist. I love everything about a dude with a giant metal fist going out into the world and embarking on the only profession one with such an enormous appendage could take on and feel good about himself. And that is the noble profession of Bad Guy Asskickery.

Fisto’s vintage action figure was involved in a ton of my MotU playtime as a kid. He was the guy whose strength was second only to He-man. So when He-man wasn’t around, it fell to Fisto to break heads. And he did it with style.

You know exactly where I’m going with this. Origins Fisto is again the same overall thing we loved as a kid, but he’s been enhanced by modern touches. Elbows, hips, knees, excellent ball jointed neck, more shoulder wiggle…it’s all here, just like in every other figure in the line. Even the ankles. Even the ankles!

Fisto was the rare vintage figure with an extra articulation point, due to the fist being a separate piece. That seventh articulation point added a surprising amount of oomph to the figure, so you can imagine the added oomph with all these other joints.

Fisto’s right arm is more fist than arm, which fits because his face is more beard than face. He is very close to being Beardo. Which is a I’m surprised didn’t make it into the line.

Fisto is all the better without having that spring-loaded feature, because now I determine where his arm stays. Ain’t no funky springs dictating my figure poses!

Just like his vintage figure, Fisto comes with a purple version of Tri-klops’ sword, but I don’t think I ever used it as a kid. His fist was all he needed. 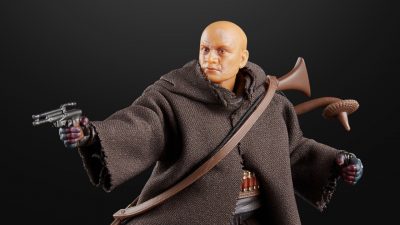 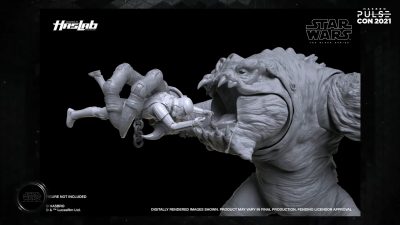 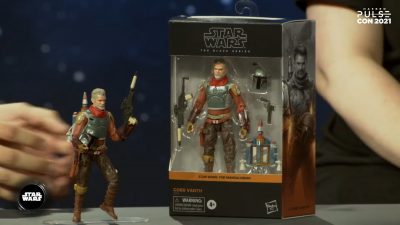 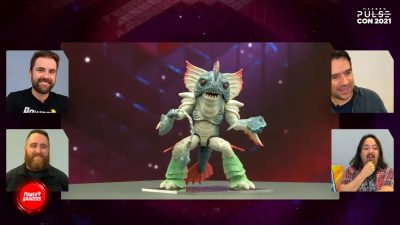