SPIDER-MAN, AND HIS AMAZING FRIENDS!!!

We have been holding a Marvel Legends Top Ten vote at this site for many years at this point, and every year I struggle with my votes. It is not that I don’t know who I want, I most certainly do, but my list has looked very similar over the past several years because I have a penchant for characters who might not be in the top tier in terms of popularity. So, occasionally, I will swap out a character for a more prevailing name, just so I can tick a figure off of my list when it eventually comes to pass. I know that is a bit silly, but waiting years for Dr. Bong and his list mates can wear on you after awhile.

However, Firestar has been a constant on my list for the better part of a decade at this point, and I have never, EVER considered moving her off in lieu of a “more likely to get a figure” character. In fact, Firestar is one of the few Marvel Universe (the 1:18 scale line) figures I actually own. The Spider-Man and His Amazing Friends cartoon started a little early for me, but I grew up watching syndicated reruns of the show, and there is something about the Spidey/Iceman/Firestar dynamic that I have always enjoyed. Plus, it could be a who’s who of Marvel guest stars depending on the episode, and it is always fun to see your comic book heroes on the screen.

Angelica’s costume design still remains one of my favorite classic motifs. Sure, it is not complicated (likely for animation purposes), but that is where the beauty lies. The bright yellow base, with the red and orange fire accents illustrate her powers well, but make the costume itself eye-catching so it stands out from Spider-Man and Iceman. When I was a kid, I had no idea that she was essentially a new character for the show, but my Spider-Man lore has his longstanding friendship with Angelica and Bobby still cemented in my head for all time. I don’t know, maybe Firestar also kicked off the fact that I have a thing for red-heads. SHUT UP AND DON’T JUDGE ME!

Firestar is a long time coming, and this Fan Channel release is fairly straightforward, but does not deprive the figure of any details it needs to have. She is built on the skinnier standard female body, which suits her, I think, and the upper torso has the requisite high-popped collar. Most of this is, of course, yellow, but the flame effect orange to the red boots and glovers is accomplished well with crisp lines and smooth transitions. I have a feeling that, due to the high amount of yellow plastic used for this figure, it will be a popular one with customizers because yellow is an absolutely [email protected]#% to paint. This figure has the articulation scheme you would expect with this body and all of the joints are nice and tight while not feeling rubbery.

Firestar gets two portraits in this release, and both of them are quite nice. I would call one the cartoon look (with the down hair) and the other a comic look with windswept hair. I like both of them, but with the exception of some action posing for pictures, the “cartoon” head will be the permanent fixture of my display. Not only do I prefer the slightly more ornate mask, but the highlights in the hair make the look even more interesting. The resting hair does interfere with the collar a bit, and it limits the range of movement in the neck, but it is not egregious or even enough to get me to consider the other as a default. That is not to say it isn’t good, it is, but I love the personality in the most classic look. Angelica also gets two sets of hands: fists, and the default female open hands, so you should be VERY familiar with all of these at this point.

There are also some reused flame accessories for the figure that can wrap around her hands and forearms, sort of like her flame powers are just starting to rev up. These are fine, and there are SO many fire effect pieces in the Marvel Legends library by this time that if these do not suit you, you should be able to find several substitutes more to your liking. The big draw here is that, because the Amazing Friends would not be complete without her, Ms. Lion accompanies Firestar in this release. She is mostly a slug (non-articulated) save for her ball-jointed neck which gets surprisingly good range of movement. The details are nice here down to the bows in her ears, but this is obviously the comic version of Ms. Lion, not the tan cartoon look. That is okay, but I would have MUCH preferred the more accurate cartoon styling like in the MU line. I am not sure if there are rights issues associated with this, but it is it just kind of a bummer. The little figure is nice, though no doubt.

FIRESTAR! Yay! I am so beyond pleased that Angelica Jones has joined my Marvel Legends collection. As is always the case with figures like these, the wait was agonizing, but the payoff is great, so c’est la vie. I am considering picking up a second so I can make an Amazing Friends display somewhere else in the collection space (with Retro Spidey and Iceman), just to have it to look at and be happy for this particular group on its own. You can get your first, second, third or even 100th figure of Firestar at BBTS and Dorkside.

Oh, and because you are going to watch it anyway, here is the intro to SPIDER-MAN AND HIS AMAZING FRIENDS! 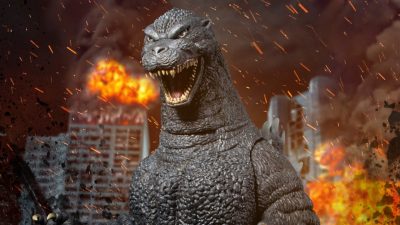 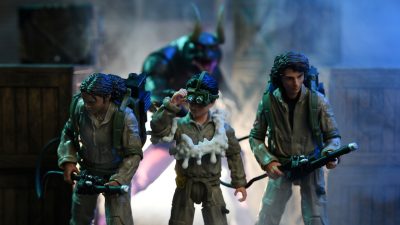 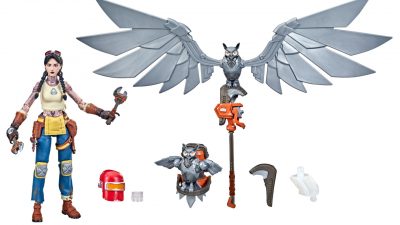