NECA makes the best Ninja Turtle toys on the market, but due to licensing issues, they have not been able to have a wide distribution for their smaller scale Turtle figures. Fortunately, that’s changed recently and the 1990 Movie Turtles are now available at GameStop and I’m happy to announce that the classic cartoon Ninja Turtles will be sold at Target in a set of four two-packs! Let’s take a look!

The four two packs each include one of the four Ninja Turtles, one villain figure, and a bunch of accessories. They will be Target exclusive in the US, cost around $50.00 each and are expected to arrive late February/early March. Randy from NECA said that if they are successful, there is a possibility for new figures in this range and we should be on the lookout for possibilities on display at Toy Fair this weekend!

Donatello does machines, so it feels appropriate that he comes with the Technodrome owning villain, Krang! He also comes with his bo staff, closed and open versions of the Turtle Comm, the Krang Walker, Krang’s tripod stand and two extra hands.

The extra hands are the gripping hands with space between the digits. I always used these for Raph, but poses work for Donny too. The packaging is really snazzy with bright colors and graphics and a big window on the front so you can see the figures well.

The packaging also features some photos on the back and sides and though I may be a bit biased, I think it turned out very nice.

The figures are straight up re-releases of the SDCC exclusive box set from 2017, so if you are familiar with those figures, you know what you are getting here. I took some comparison pics of Donny and Krang for illustration. The SDCC versions are on the screen left:

If you aren’t familiar, Donnie, like the other turtles has the following articulation:

Krang has ball jointed arms that pop off so they can be added to his little walker device. The walker bot has swivel at the shoulder and foot and hinged knees.

Leo comes with Shredder, which also seems like an appropriate match to me since they are both leaders.

This set comes with two sets of extra hands for shredder (open and grasping), Leo’s swords, a closed version of the Turtle Comm, open turtle hands, Shredder’s communicator, a mutagen canister, and a sword for Shredder.

Like Donny and Krang, these figures match up with the SDCC releases pretty much exactly in paint and articulation. In the below pic, the SDCC figures are relaxing on the bubble.

Shredder has similar articulation to the turtles with:

Here’s a picture with the SDCC figures next to the two-pack blister.

The Foot Soldier has the same articulation as Shredder and I find myself appreciating the toe articulation on these figures. It kind of got phased out of domestic super-articulated figures at some point, so it’s nice to see again.

The Foot Soldier is the same figure as the one that comes with Raph, he just has the bigger rifle accessory.

This set also includes the grappling hook, an open Turtle Comm, Mikey’s ‘chucks, a spinning chuck attachment, two thumb up hands, two sets of alternate Foot Soldier Hands (slap and grip) and the big blaster with the cup at the end.

If you are familiar with the SDCC set, you probably figured out that all the accessories from that set are parsed out over the four two-packs with the exception of one. These sets do not include the pizza box and pizza from the SDCC set.


Thanks to Randy at NECA for making this preview possible and all the work getting this awesome figures into more collector’s hands. Before you go, check out some more pics of the Turtles and Foot Clan in action:

I’ve also included some pictures from the original 2017 article. 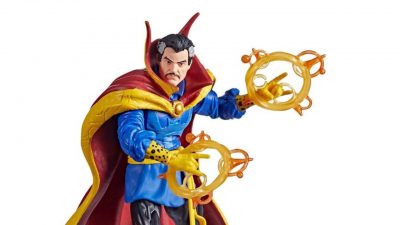 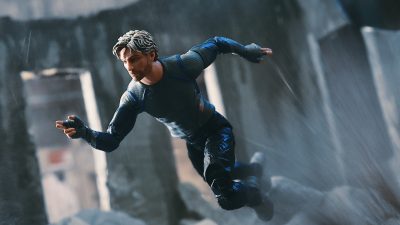