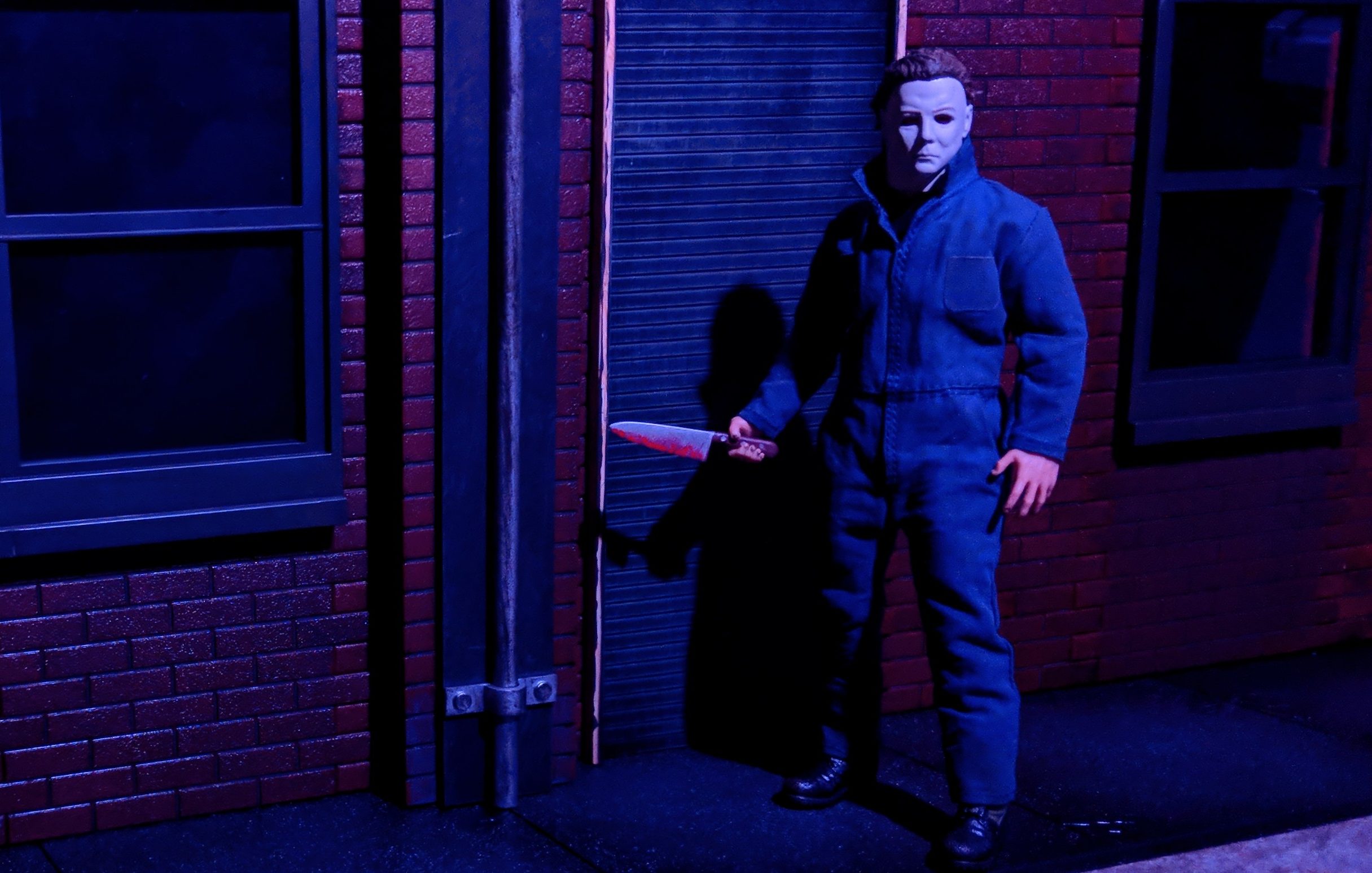 October, at long last. And soon, my favorite holiday will be here!

Thanksgiving, I mean. But, I know some of you guys are partial to Halloween. And that’s certainly true for my buddy FuzzyBlueDemon, who just got his hands on a much anticipated release- cult horror classic Michael Myers. Lets take a look: 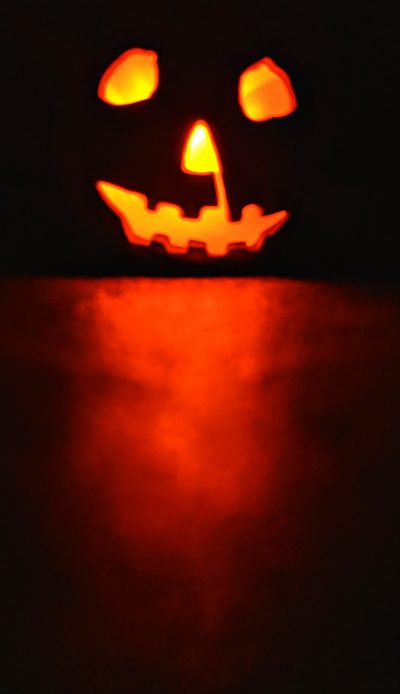 If your live up North, there’s a refreshing chill in the air. With Halloween coming up fast, Mezco has released their take on Michael Myers just in time for the release of the latest installment to the franchise, hitting theaters in later this month. How will their latest dip into horror stack up against their typical superhero fare? 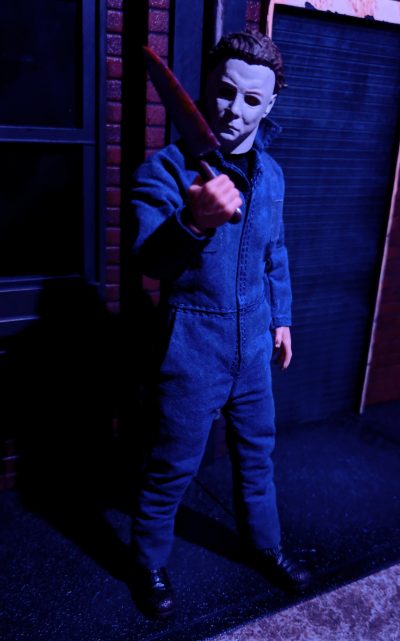 Fans of John Carpenter’s classic slasher know that toys based on The Shape are few and far between, so any new release is going to be highly anticipated. Though fairly simple, the black box with Halloween in white block lettering with an orange outline definitely catches the eye. 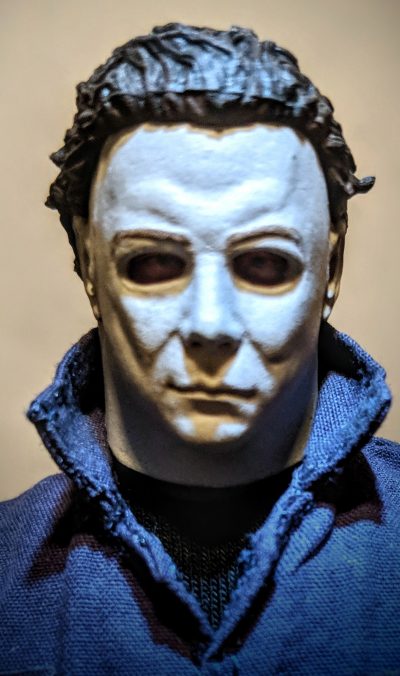 The make or break feature of Michael is his mask. Get that wrong, the rest is moot. Thankfully, Mezco has faithfully captured the details of the mask in the original film. Owing his likeness to a modified 70’s Captain Kirk mask, the distinctive shape of his cheeks and the droop of his mouth definitely evoke his on screen counterpoint. The hair feels a bit overly busy, but I concede sculpting hair stands in this scale is always tricky. 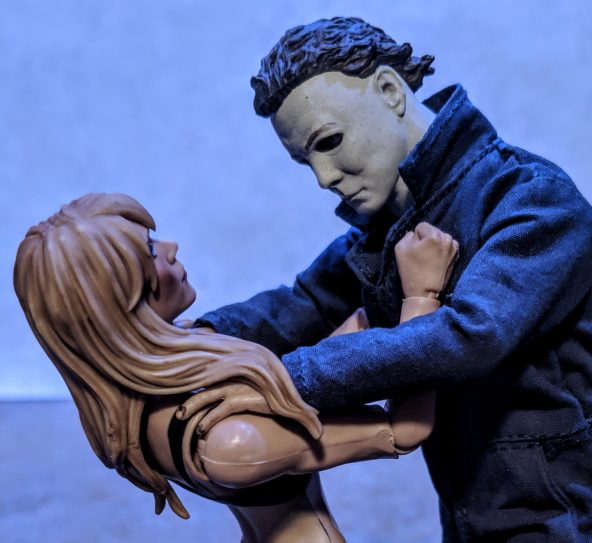 On to the rest of the figure, the big news is that he can move! Every previous Myers figure in this scale range from McFarlane, Neca and Mezco have all been glorified statues. The cloth coveralls allow him to be fully articulated without sacrificing the look of his outfit. They’ve gone with a fairly idealized version of the character here, with clean blue coveralls and a clean white mask. The fanboy in me would’ve liked to see a charcoal/green set of duds, a little fleshtone peaking through on his mask and a good but of weathering for both. But I completely understand, accurate or not, that a blue jumpsuit and a plain white mask is what most people picture when they think of the character. 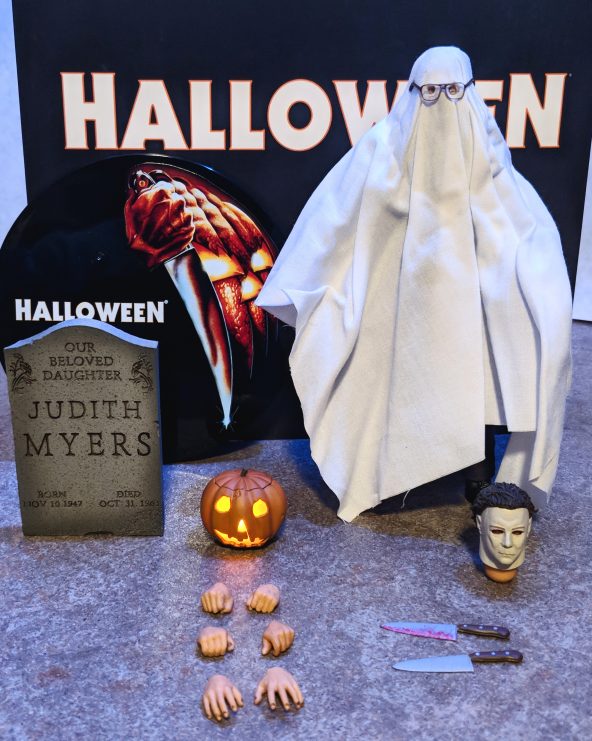 He has a few very cool accessories. The jack-o’-lantern flickers like a candle with the flick of a switch, to awesome effect. He also includes a white sheet, draped over a second head to look like a cheap ghost costume. This piece features a nice set of glasses, permanently affixed, to convince Linda she was talking to her poor dead boyfriend, Bob. They also gave him full length jungle style combat boots. It’s an appreciated detail that’s easily overlooked, being mostly covered by his pant legs.

As for nits to pick, I’ve got a few. He’s on the Star Trek/Joker body, so he’s very slender. His outfit doesn’t seem perfectly tailored to this skinny torso, so you end up with the front pockets ending up almost in his armpits, rather than on his chest. That body also means single elbows and stiff shoulders. They get the job done, but a bit more range of motion would’ve been appreciated. 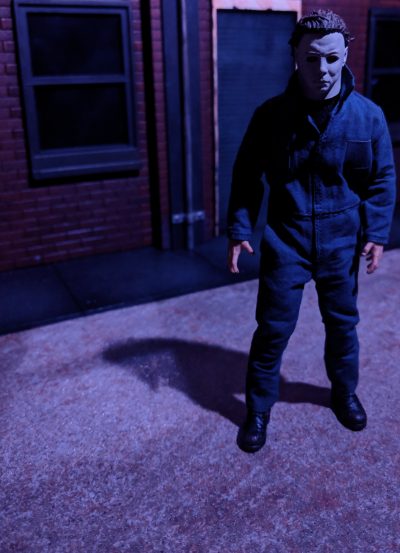 Another odd choice involved his hands. On this very clean figure, they decided he needed dirty fingernails. JUST the fingernails. So they just put a little blob of brown color on the tip of each finger. It just ends up looking like bad nail polish. 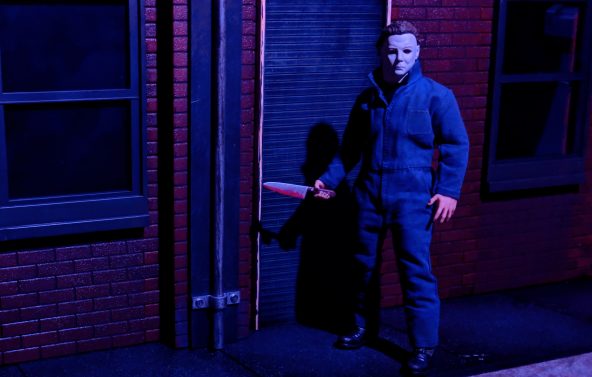 But the biggest disappointment, for me, is a very obvious mold line that runs right through the front edge of his hairline, directly above his forehead. I feel like, especially in a high end line like this, they should take special care to avoid anything to draw your attention away from an otherwise impressive sculpt.

Despite those few faults, I’m thrilled to have him! Here’s definitely got the look. Once you put him on your shelf, he’s got a presence to him. The figure can do pretty much everything you could want a Michael Myers figure to do, which is something fans of Halloween have been waiting a long time from. Pre-orders sold out from most of the typical sites, so if you’re on the fence, I’d make up your mind sooner rather than later. He’s not perfect, but I’d recommend him to anyone who wants a little supernatural stalker to keep the rest of your collection on it’s toes. 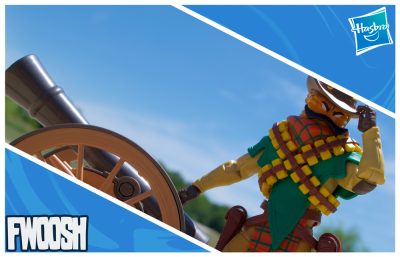 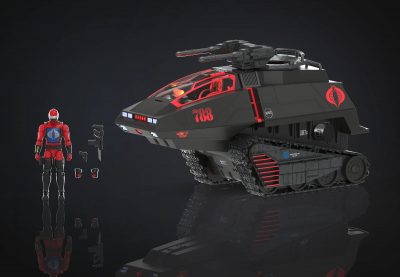 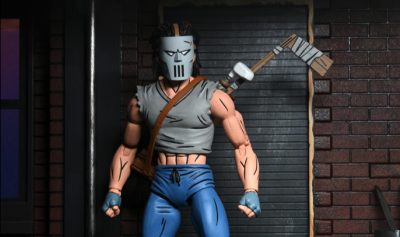 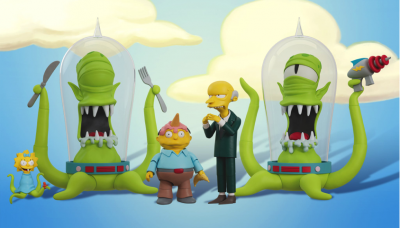