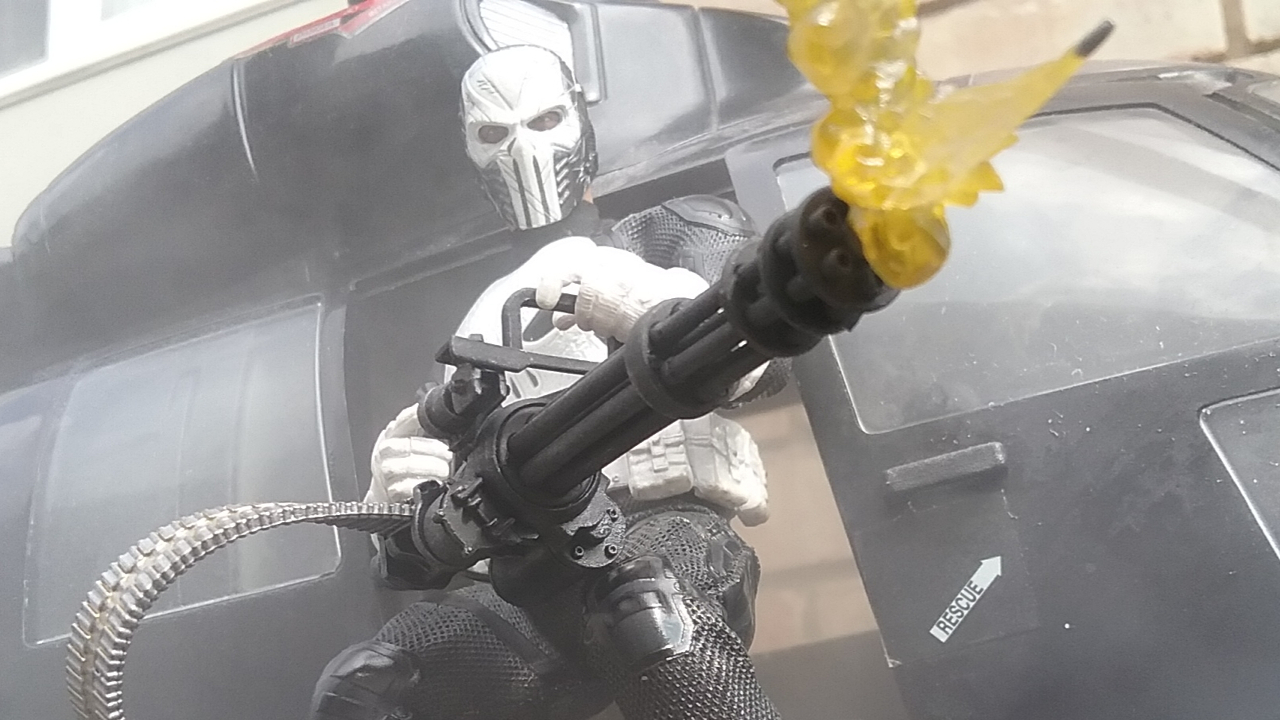 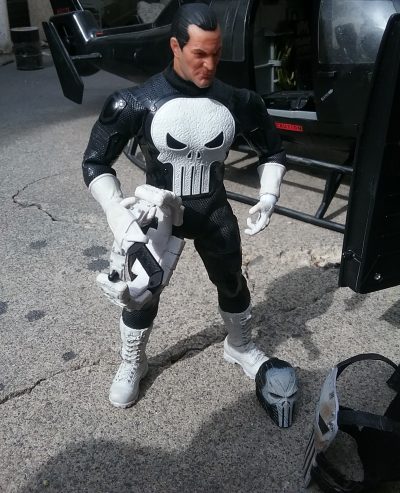 During the middle of this last Summer, Mezco JSOC made a decision to deploy a single operative, without warning, deep behind angry fandom lines. This operative would be none other than Captain Frank Castle, USMC-Retired, a man who is truly no stranger to conflict, having allegedly operated as the vigilante Punisher for the last four decades. 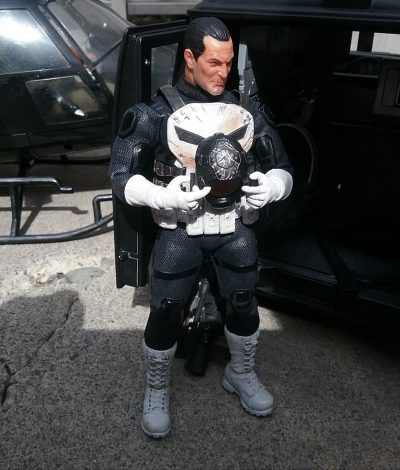 Having already worked with Mez command on several other successful missions, including a previous black bag ok that gained both parties a lot of notoriety, Castle deployed over a very short opportunity window, and made his insertion the rest of the way using disguised commercial freight, not unlike the Soviet advance paras in Afghanistan. And here you folks thought this was just a preorder. 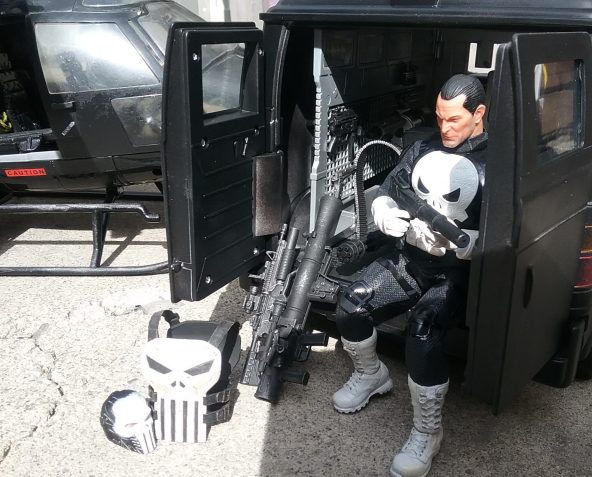 Well, if you were quick on the trigger, or heavy on the EBay funds, you might be also staring at what is now the 4th Punisher from the One:12 line- you know, the guys that “only make a bunch of Batmen.” Was he tough to get? This time, he really was. Normally, Mez exclusives mean you show up at the time (the emails will let you know), sign in and you’re done. This one was a pain. Be it due to site traffic, or speculators looming to cash in, or maybe both, it took me several tries to get this figure. Obviously, I’m glad I did, and I don’t blame folks for being a little salty if they didn’t. Then again, I struck out three days in a row on the turtles, so you win some, you lose some. 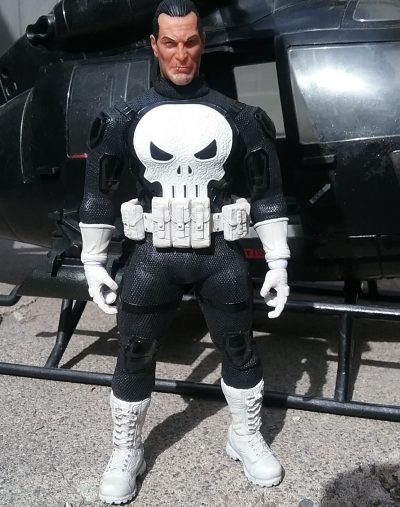 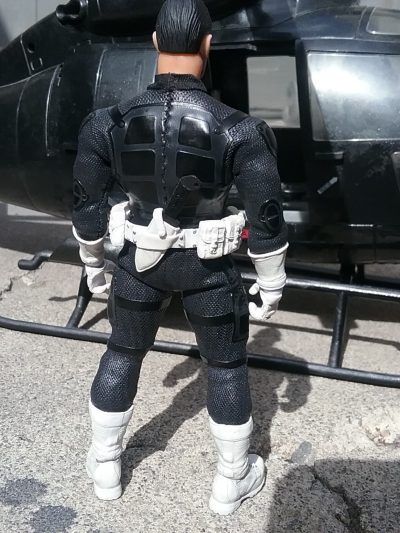 In truth here, Punisher would normally be an ideal type of variant for an exclusive: he’s been previously released several times, so this one is merely a new “deco” with some new accessories. But as the comments section. Is sure to tell you, this was a piss-poor business decision, they should have made more, scalpers, they’re a shady company, Marsha, Marsha, Marsha. My opinion, based on a decade worth of convention exclusives? People are going to get pissed off about them, period. I’m just grateful at least I usually get a fair crack at these ones. 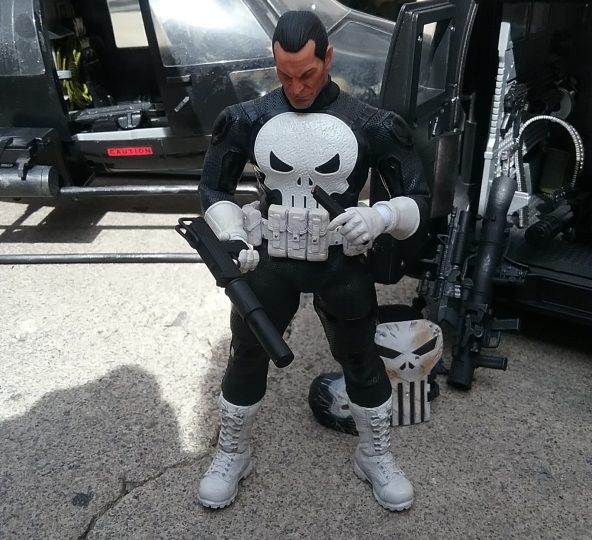 So, what do you get, if you were able to get it? A fascinating new suit, that feels like a carbon-fiber re-imagining of his classic Mike Zeck suit, a few new-to-this-figure firearms, and a ballistic helmet that, if encountered in 1:1, would result in involuntary pissing. 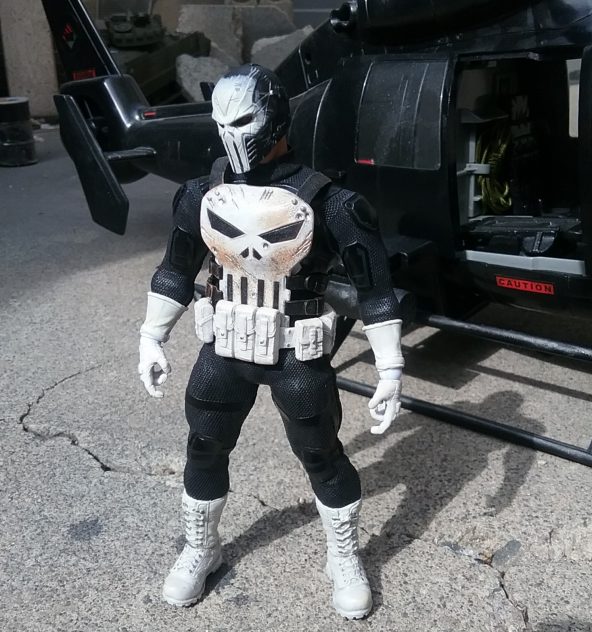 The base body appears to be the same as the previous versions, or at least parts of it- might just be me, but he feels a little more like the Batfleck body than the Rogers/Pun one- but it does seem the ankles have improved a bit since the first versions.  The boot sculpt themselves is the same, as are the hands, but there are some new forearm parts to make up those short gloves- these can be found on the MezEx Punisher as well. 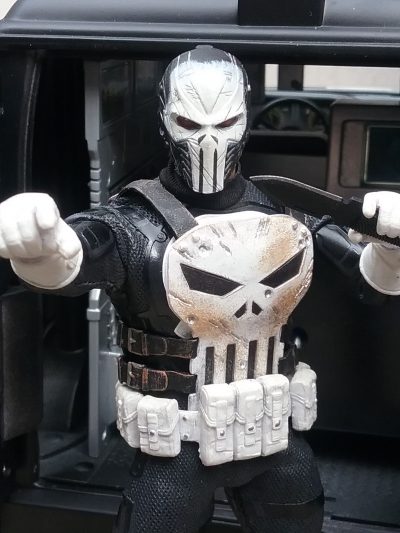 The uniform is just…cool. I am aware the the term “applique,” in addition to being kinda obnoxious, has become a bit of a cuss word around this joint. Well….This is like a step above and beyond some vinyl accents. It’s practically more vinyl than it is exposed fabric, and this effect just looks unique as all hell. The movement is still solid, acting sort of like the pleather on Dredd, so there’s not any big tradeoffs to get this kind of effect. This isn’t  “applique,” this is almost a sculpted soft vinyl suit. I don’t think it would work for every character, and I don’t see it supplanting the more conventional accents they normally use, but this is going to make “soft” armored characters going forward very fascinating. 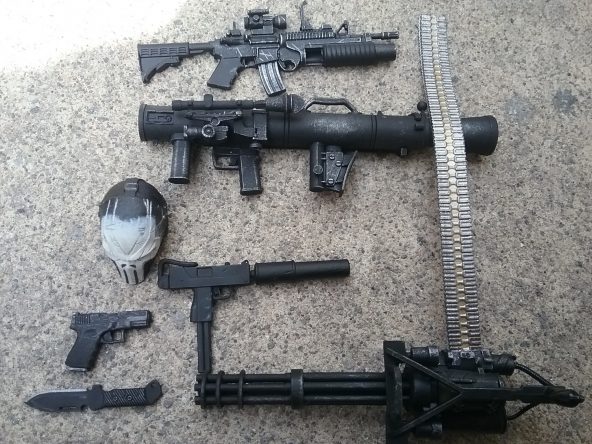 The weapons are actually mostly parts from other figures,  though in the case of the minigun, this Punisher beat out the Netflix one to get it first. The clock and M16/M203 are the same we have seen now with Deadpool, and while I like the unique little Recce rifle the first ones came with, this is a fine Punisher weapon. The Gustav and Glock came with Deadpool also, as well as the PX Punisher, but I like the changeup in sidearm for this one. No damn holster, again? That was silly. By the way, I’ve heard some other gun guys talk trash when people call the Gustav a “rocket launcher,” instead of a recoilless rifle, but I recently saw some demonstration videos where the Goose fires self-propelled ammunition types. That means, yep, you can call it a rocket launcher and not be wrong. The MAC 10/11 is a carry over from previous releases as well, but this time we get a removeable suppressor that takes this thing right into SOG territory. This is easily my favorite of the weapons included. 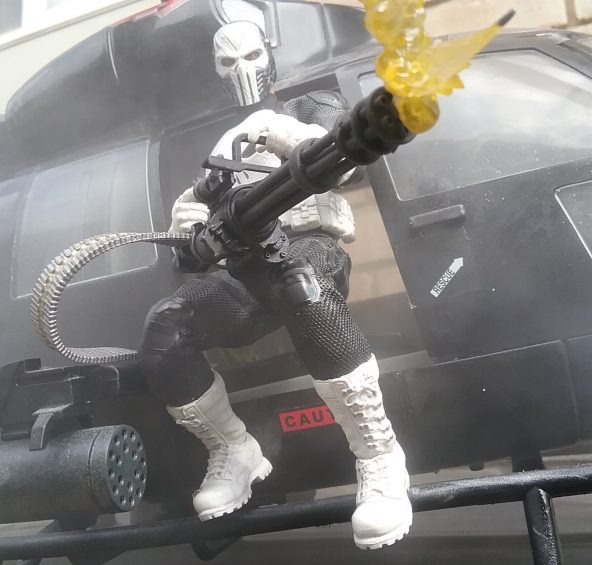 This minigun is something I’m glad we’ll be getting again later, because I’m gonna need these for door gunners. The GE M134 here has a similar heft and size to the NECA one, but it also doesn’t have a rotating barrel; minor downer. There is a feed belt for it in the package, so be sure you look around for it. And of course like the Terminator, the duffel works great as a feed pouch. Another little note on those fire effects,  the new burst one is an awesome touch for this. Since the minigun is basically six barrels in various states of battery, the burst effect cascading down or traversing looks pretty accurate. 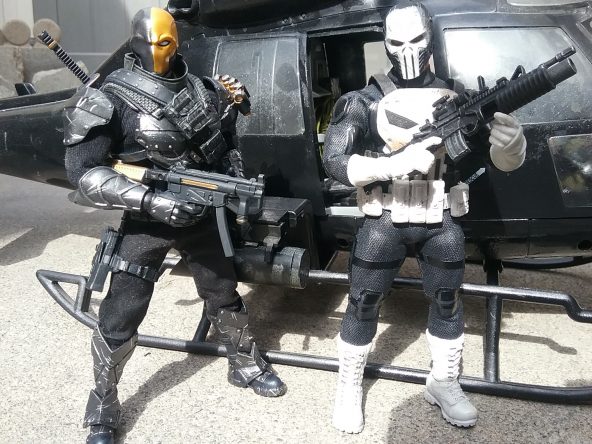 The unmasked head sculpts are the same, of course, so we’re going to just take a second to appreciate this ballistic mask. Looking like a selection out of the DEVTAC catalog, this mask feels like a perfect counterpart to Deathstroke’s mask. I’m glad they didn’t use the lenses, because the eye paint is very striking against the rest of the mask. It’s unlikely that a ballistic mask is going to stop anything close to a rifle caliber, but it would definitely help against shrapnel or ricochet, and the intimidation factor makes it something Frank would put to good use. 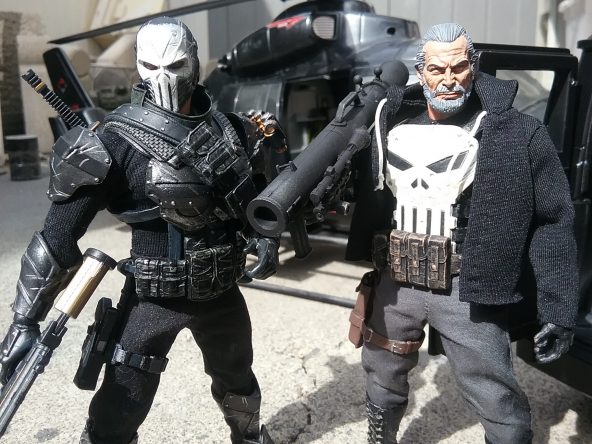 So, Spec Ops Punisher easily ends up being a contender for the best of the already fantastic group. The only solace I can offer those that missed a chance is that I feel like this guy is a worthy candidate for additional releases, perhaps with dark glove and boots, or some other deco changes. And because of this quality, this gives you lots of options to mix and match gear between the Punishers- vests, belts, holsters, heads, and so on. So hopefully we havent seen the last iteration of the best damn comic Punisher out there. Thanks Mezco! 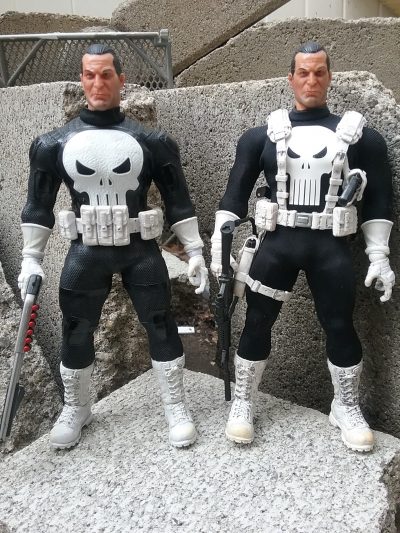 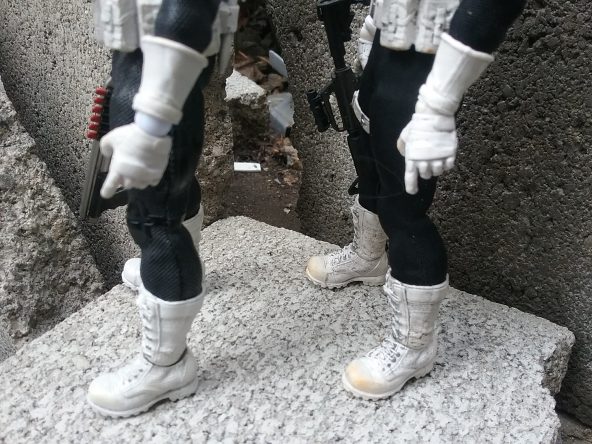 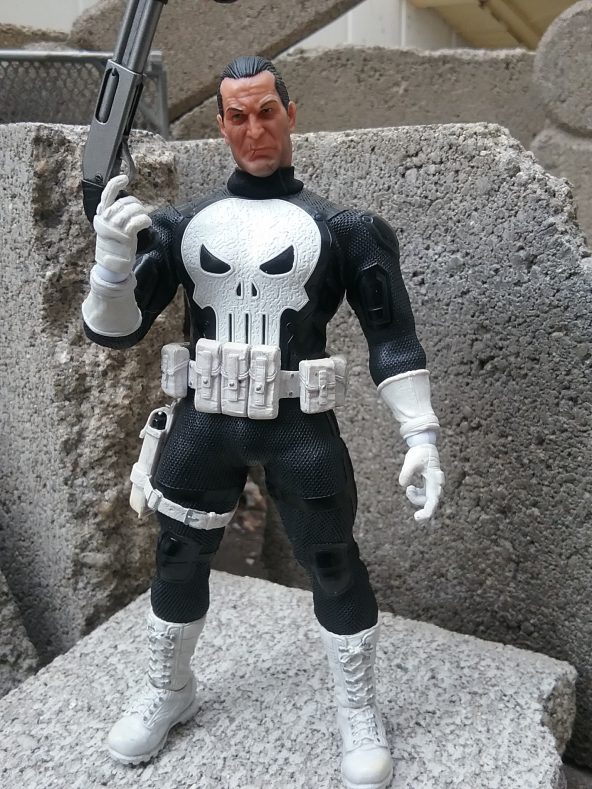 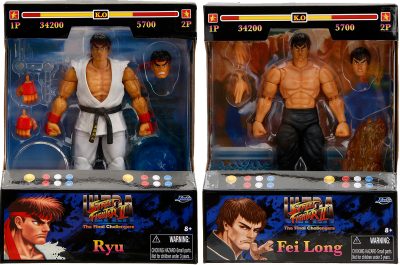 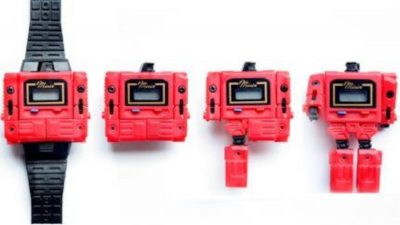 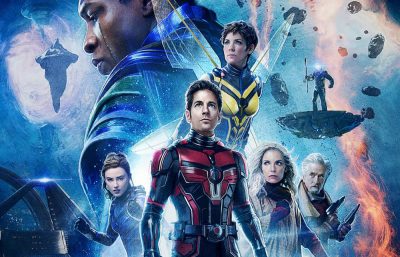 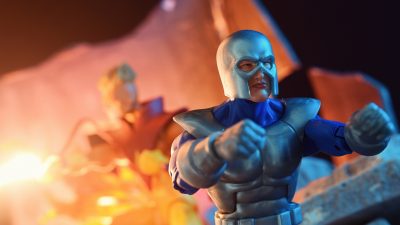