More than ever before, we are living in a time when we can do whatever we want with our toys. We are not limited to whatever the big toy companies decide to dole out to us at the big-box stores; the process is becoming more and more democratic all the time. As fans of Transformers and Masters of the Universe already know, this is a glorious time to be be a collector, with third-party creators popping up all over the place to help us further enhance the figures we love.

It didn’t take long for the 6-inch Star Wars Black Series to become the subject of such third-party creativity, and what we’re seeing here are some of the first steps taken in this direction. eBay seller rickhor409 has been producing Jedi robes for the Black Series figures for some time now, and the results are pretty great. Each robe is hand-sewn and is available for about $9 shipped to the US, give or take, so they’re not even that much of an investment, as opposed to many third-party add-ons. And maybe it’s the past few years I’ve spent as a 3A Toys collector, but I am a big fan of soft goods on my figures, so these robes could not be more up my alley. They enhance the figures nicely and make already good figures great.

The two I picked up are the Sienna Brown (for Obi-Wan) and the Coffee Brown (for Luke), and the colors are spot-on to what I’ve always envisioned for robes for these two. I also have a third black robe on the way for my Darth Maul, but I expect it to be another couple weeks before that one shows up too.

Now, from the back and in profile, the robes kind of make the figures look like tall Jawas because the robes tend to run a bit on the baggy side, but when viewing them straight-on, they look pretty great. The robes should be baggy, but because of their relatively small size and the light weight of the fabric used, it’s a challenge to get the robes to hang on the figure in a natural-looking way. In an effort to help correct this, I did two things:

The result is pretty satisfying. It’s not perfect, of course, but I’m pleased with it and it’s doubtful I’ll ever display these two figures without the robes.

Wave 3 Obi-Wan, in particular, was a fairly weak figure on his own, but this robe adds a lot of much-needed character and depth to the figure. Even the figure’s too-small head doesn’t look as bad with the hood up, and I couldn’t be more pleased with how the robe’s color works with the figure. 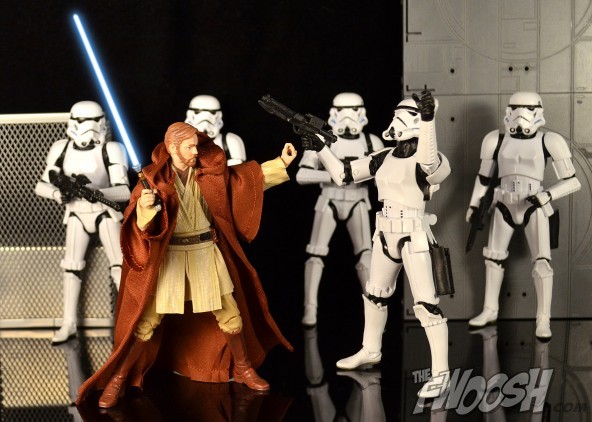 In lieu of using blu-tack, something someone with some customizing skills could do is run a wire through the front edges of the robe and hood in order to make it “poseable.” This is the route 3A Toys took with their 6-inch JC figures and it works nicely. I would like to have seen that same technique used here, but I suppose that would have kicked the cost of each robe up some.

Regardless, what I’ve got going here works perfectly well for my purposes.

This Luke, if you couldn’t piece it together for yourself, is just a Darth Maul body with a Pilot Luke head. It’s nothing special — just a simple head swap and a pretty weak attempt at a custom Jedi Luke. With the robe in place, however, a bit of depth is added to the figure and it isn’t so obviously a Maul with a Luke head.

Now, even with the robe in place, the figure isn’t accurate to anything in the movies, but the thing I loved about Star Wars, having grown up with both the movies and the Marvel comic series, is that there’s lots of room to play in terms of character interpretations. So, to me, this is an older, more seasoned Jedi Luke than the one we saw in the movies. Or it could be a totally different character that we weren’t introduced to in the movies, one that gallivants around with a young Obi-Wan — maybe the partner Obi-Wan wished he had. Heh.

If you’re cool with soft goods on your Star Wars figures, then these robes are a great buy. I plan to outfit every Jedi and Sith figure I get with them, and I think if you take one for a test-spin, you may find yourself just as fond of them. Heck, $9 shipped isn’t much of a gamble, so give one a try! But be aware: these are coming from outside the US and shipping takes forever. It was about a month, if not more, for mine to get to me.

Also know that these come in and out of stock all the time. If you don’t see them available today, check back in a few days because they’re likly to be available again soon. 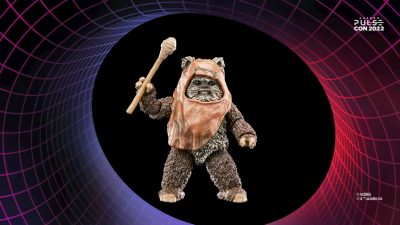 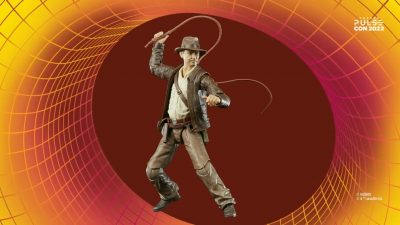 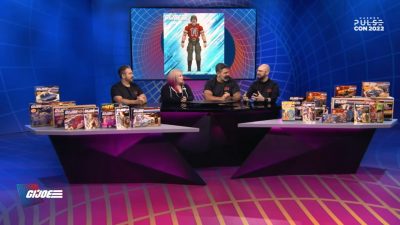 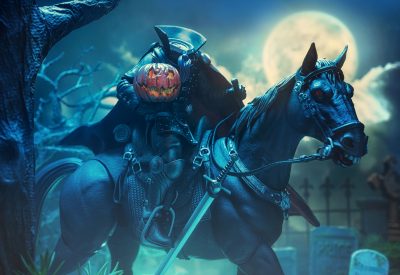