Start you own collection of PREVIEWS Exclusive action figures that are easy to build and display.

(BALTIMORE,MD) – (January 13, 2014)- Assemble your own team of heroes with Avenger’s Iron Man, Marvel’s Avenger’s Thor, and Iron Man 3 MK. 42  collectible action figures, available for fans to construct and showcase. These exclusive products are scheduled to release in comic book specialty shops in late January, mid-February, and March 2014, but are available now for pre-order at your local comic shop through Diamond’s January issue of PREVIEWS.

From model kit manufacturer, Dragon Models, comes two characters of The Avengers in all their glory: Avengers Iron Man MK. 7 Action Hero Vignettes Combat Version (Item Code: JAN142117, SPR: $149.99), and Avengers Thor Action Hero Vignettes (Item Code: JAN142118, SRP: $149.99). Iron Man takes flight with The Avengers Iron Man MK.7 as the figure is rocketing off the ground, with a broken glass background. With The Avengers Thor action figure, lightning bolts are flying as Thor brings down his hammer in his detailed armor and recognizable facial structure from the movie character.

These action figures are PREVIEWS exclusive items, as they come pre-assembled but require quick, snap together construction, but do not resemble normal action figure statute as the figures have a professional looking finish. They do not show cooling lines and/or knobs where joints of a normal action figure would come together. 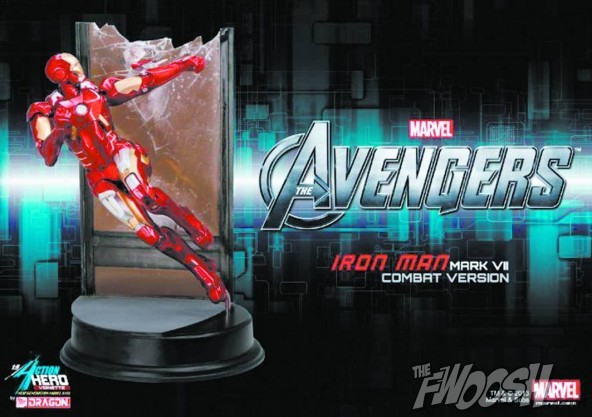 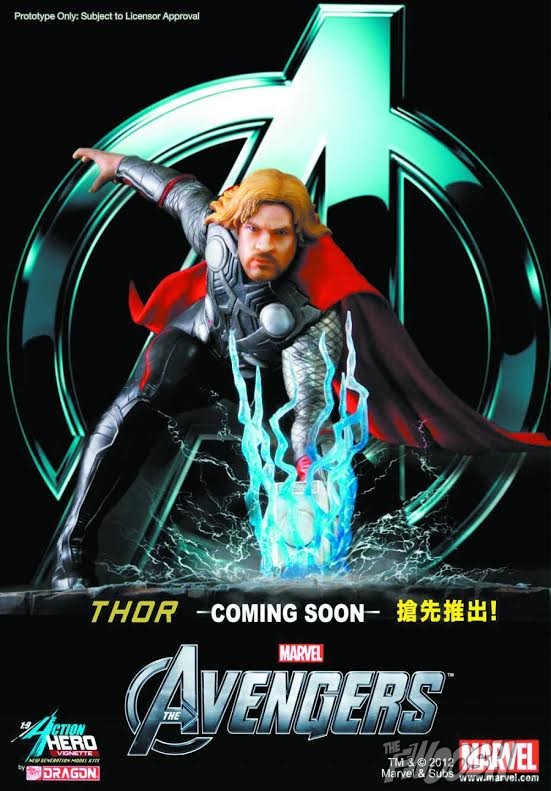 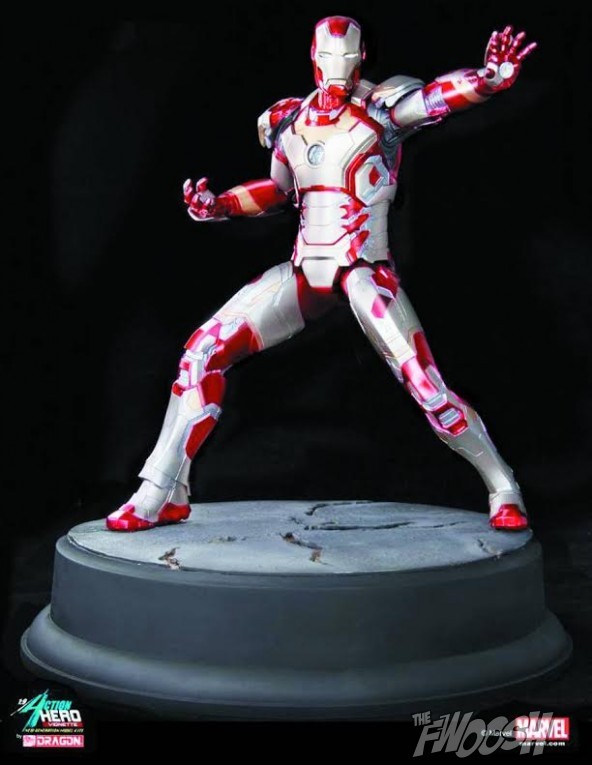 To ensure you get these exclusive Marvel figures, pre-order them at your local comic book specialty shop. Find a local comic shop at www.comicshoplocator.com and start assembling your own action hero collection.