Mattel has just released their newest line of 6-inch action figures in DC Comics Total Heroes. The first wave includes Batman, Superman, Aquaman, and the Flash and features a slightly animated look in the NEW 52 design, limited articulation, soft goods, and an affordable price point. Before we go any further — this is not DC Universe Classics. It’s not meant to be. Today we’re looking at the Total Heroes Batman figure in order to see how it stands on its own. Not as a DCUC replacement or some sort of imaginary slight by a corporate giant, but rather as an inexpensive figure done in the 6-inch scale. 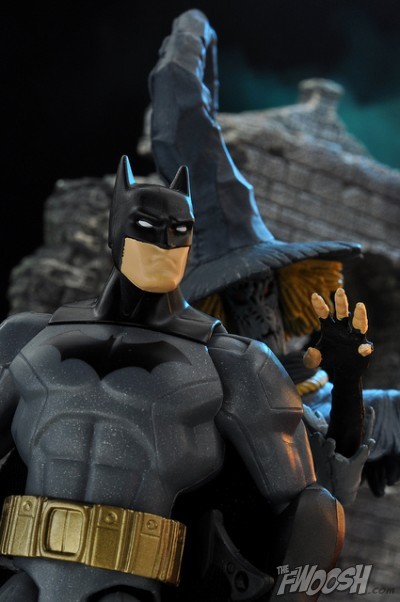 Can he hold his own on the toy aisle? Let’s find out! 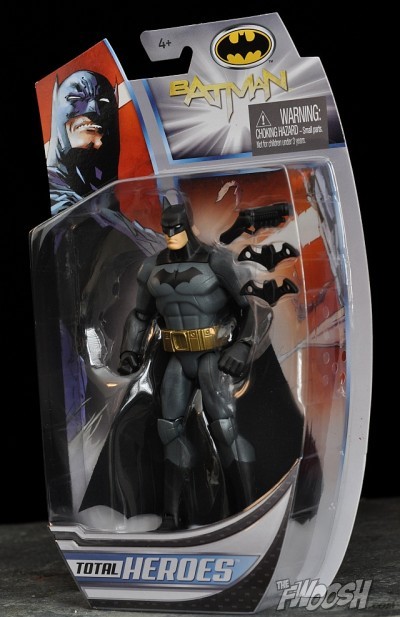 The packaging is pretty standard fare. It’s colorful and stands out well. The push for the New 52 designs is still going strong and it’s pretty evident here. Openers will be happy that it keeps the figure safe and sound, and MIB’ers should be pleased that the figure is in full view and the card art has some character personalization. 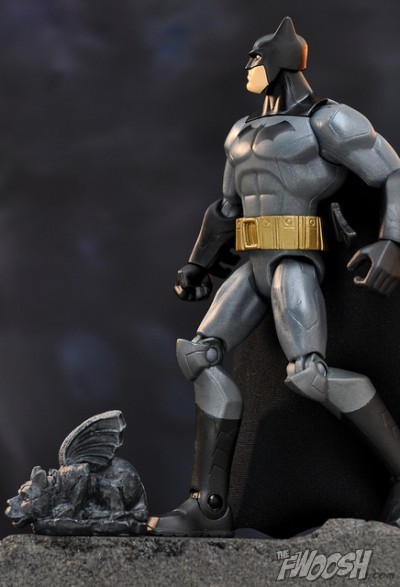 Standing at just 6 inches, the sculpting on Batman is quite good. Again, these are sculpted with a slightly animated look, and while it isn’t overly stylized, you can definitely see that influence in his oversized boots and gloves. The important thing is that all the parts blend to form an attractive figure. I wasn’t distracted by one element of this particular style — which is a good thing. 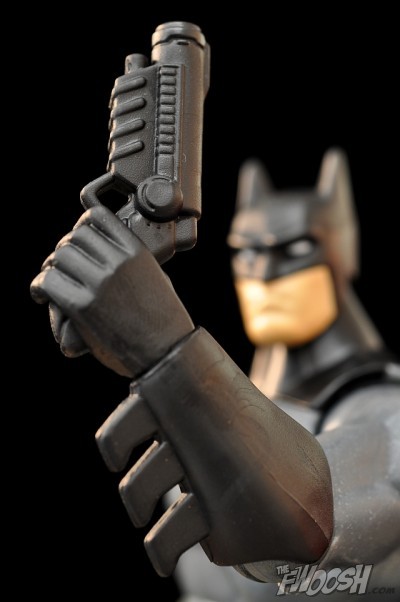 This is a simple and clean design, and its sculpt reflects that, but there are still some small details in places like the utility belt, gauntlets, and armor lines that are pretty impressive at this price point. Speaking of accessories, Batman come with two Batarangs, which can be stored on the pegs located on the back of his utility belt, and his trusty grapple gun. The sculpts are nice, albeit a little soft, and Batman can hold his weapons well. He has no trigger finger, so the gun sort of just awkwardly sits in his hand. Of course, the giant “CHINA” stamped into the Batarangs cheapen it up a bit. Still, at this price point, it’s nice that we’re getting three accessories that the figure can hold at the same time.

The cape is soft goods and works well with the figure. Now, I love fabric capes. Love ‘em. It’s one of the few features that can instantly take me back to my childhood. Batman’s cape just a thin piece of fabric, but it attaches firmly to his back and doesn’t have any fraying on the edges. That’s really all I can ask for. 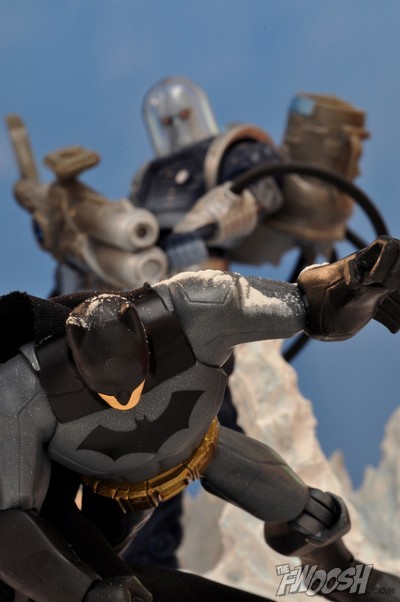 Paint and articulation are always on the chopping block whenever a line goes the kiddie route, and this is no exception. They aren’t terrible by any means, but I liken it to the Nickelodeon Turtle line. Batman is cast mostly in the appropriate color, but there is a slight metallic sheen. The camera lens picks up all the tiny little specks that create the metallic effect, but it’s not noticeable to the eye. There are a few sloppy cuts, most noticeable around the face, but overall I’m fine with it. I really like this head sculp, but the paint does seem to be a bit thick on the face. A little more definition would have been nice.

The articulation, while not ample, is still enough to have some fun. All the joints are tight and I had zero QC problems with my figure. He has the standard ball-jointed head (which can’t do much except turn side-to-side), hinged shoulders, swivel type elbows, wrist cuts, cut waist, hinged hips, and pinned ankles and knees. You aren’t going to get much subtlety in your poses, but there’s enough to make it interesting. 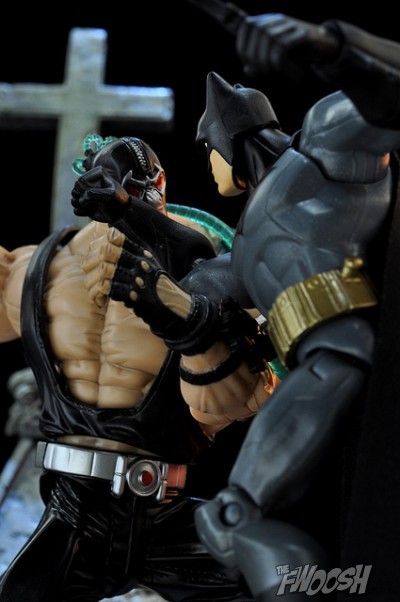 I know people are trashing this line left and right, but, overall, I have to give this figure a solid A. You get a well-constructed, well-sculpted 6-inch toy with a decent amount of playable articulation all for only $9.99 at retail. In these expensive toy times, that’s one heck of a deal. Still, I most likely won’t be buying any more. Firstly, the New 52 designs simply don’t appeal to me. And believe me, I’ve spent a small fortune trying to like it. Mostly, though, I’m simply not the target audience for this line. These are entry-level figures of heavy hitters and should be aimed at kids and new collectors — and I hope it’s a huge success. A positive retail reaction to the DC brand should be a good thing for everyone, and this latest Batman is a step in the right direction. 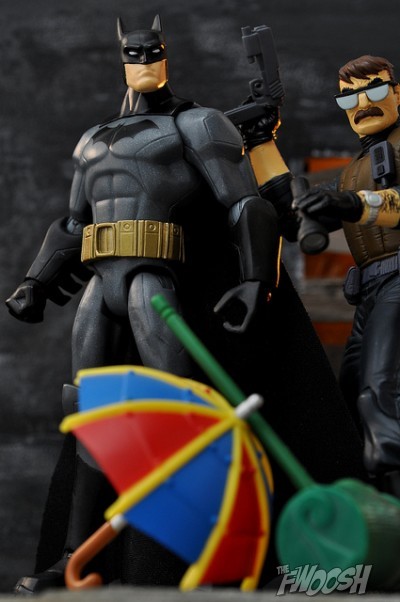